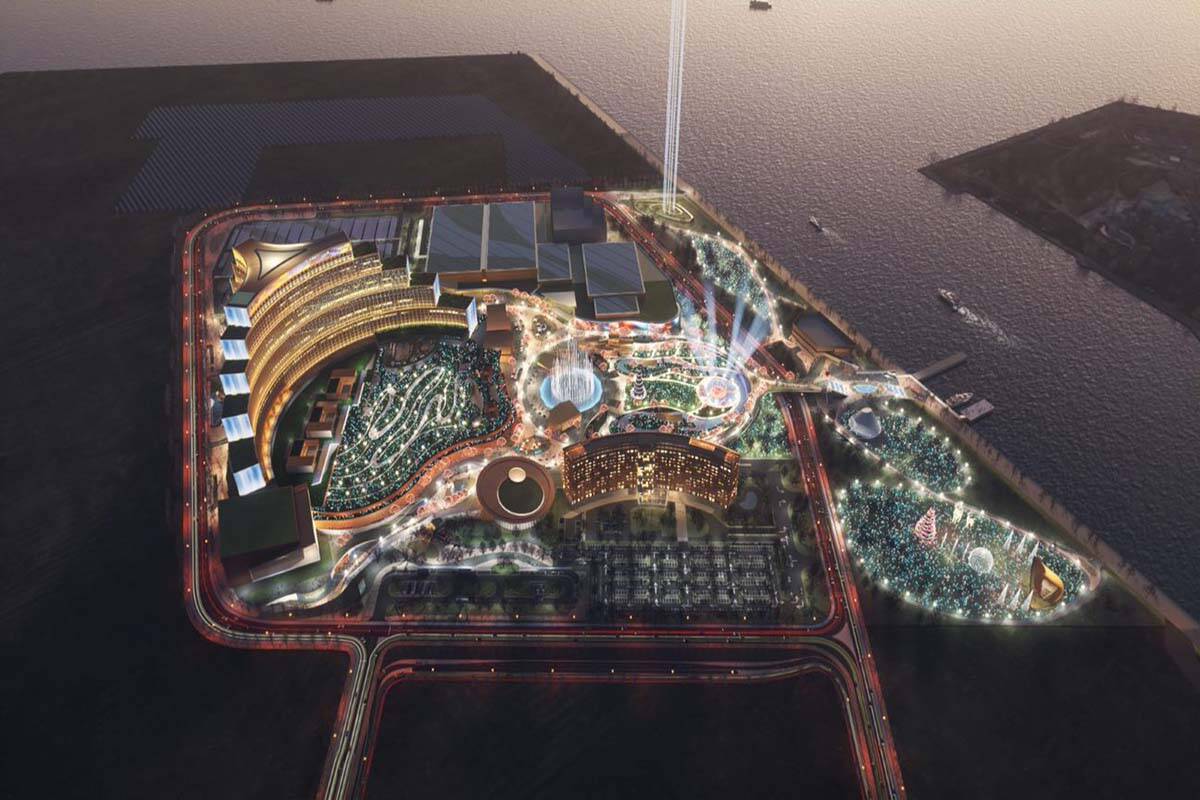 MGM Resorts International announced that MGM Japan, along with its joint-venture partner ORIX, has been selected by Osaka as the region's integrated resort partner. (MGM Resorts)

MGM Resorts International’s plans to build a $10 billion resort on an artificial island in Japan took another step forward Tuesday.

The city and prefecture of Osaka selected MGM, partnered with Japanese financial services company ORIX, to be the region’s integrated resort partner.

There wasn’t much of a choice in the matter, as the MGM-Orix joint-venture was the sole entity to bid on the region’s request for proposal process after other gaming companies, including Las Vegas Sands Corp., Wynn Resorts Ltd. and several other Asian companies formally stepped away from the developing in Osaka last year.

“Nowhere is the future of tourism and hospitality more exciting than Japan, and Osaka is the perfect location for that future to begin,” MGM Resorts CEO and President Bill Hornbuckle said in a statement. “We couldn’t be more excited for the opportunity to help enhance and grow Osaka’s reputation as a world-class destination and gateway for the world to the wonders and rich history of Japan.”

Osaka initiated a request for proposals to build a hotel-casino in Yumeshima — the site of the 2025 World Expo — in December 2019. Osaka officials had initially hoped to have a resort built and ready for the 2025 event but abandoned those plans last spring because of the COVID-19 pandemic.

Tuesday’s announcement is one of several steps in the licensing process following the 2018 passage of Japan’s Integrated Resort Implementation Act. The next step is to submit an Area Development Plan to Japan’s central government during the application period (from October of this year to April 2022). Integrated resort licenses are expected to be issued next year. If selected to receive a license, MGM anticipates an opening date in the second half of the 2020s for the Osaka project.

In announcing the results, Osaka said that while the global pandemic is having a serious impact on socio-economic and tourism-related industries, MGM and ORIX’s proposal show “a deep understanding of the purpose of this project,” according to Inside Asian Gaming.

“Looking ahead to post-corona, the realization of a growth-type IR that makes use of the tourist attractions of Osaka/Kansai and the potential of industrial and cultural resources will become the engine of economic growth in Osaka/Kansai. The urban brand of Osaka will become a new internationally competitive city brand. It is a very ambitious proposal aimed at raising [Osaka] to the next level,” the Osaka statement added.

It would be located on Osaka’s artificial island of Yumeshima, with plans for 2,500 total guest rooms, 400,000 square feet of conference facilities that can hold more than 6,000 people, 330,000 square feet of exhibition space and a theater that will have approximately 3,500 seats.

MGM projects that the resort would attract up to 20 million visitors annually and employee approximately 15,000 people.