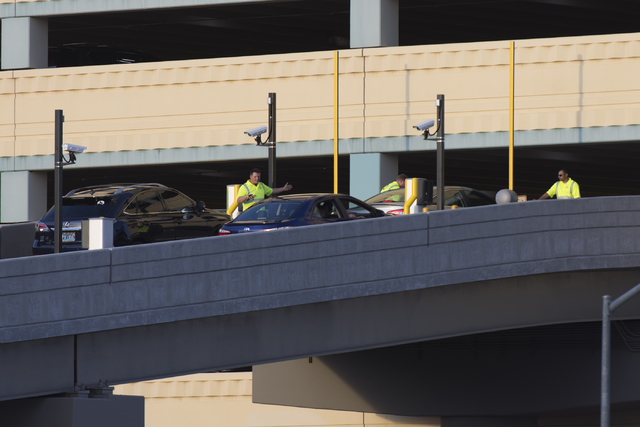 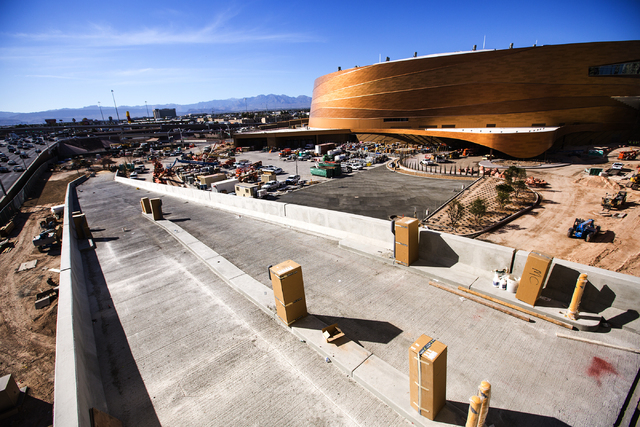 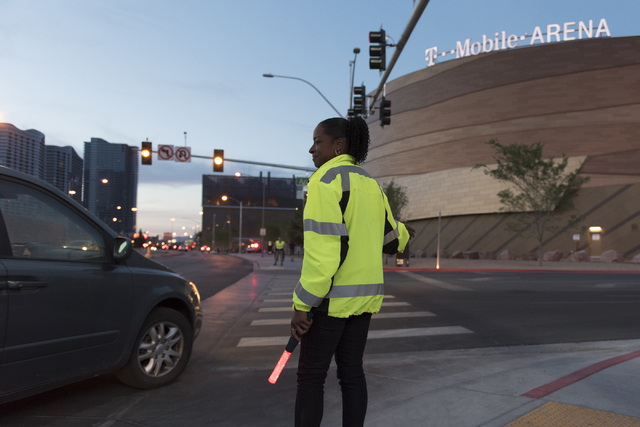 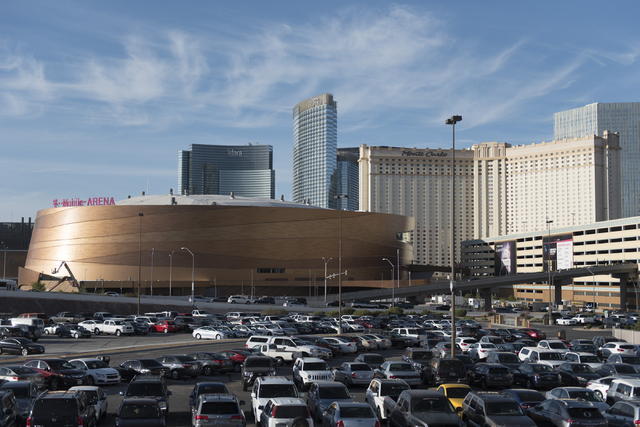 Nevadans who play their cards right won’t have to pay at all when MGM Resorts International starts charging for parking on June 6.

But even that may not comfort those who have showered criticism on the Las Vegas company for moving to end a longstanding customer perk.

MGM provided details of the company’s parking plan to the Review-Journal in advance of the phased implementation that will start at New York-New York, Bellagio, Aria, Vdara and Monte Carlo that Monday, add the Excalibur, Luxor and Circus Circus valet on June 7. The parking plan will start at the MGM Grand and The Mirage on June 8 and at Mandalay Bay and the Delano on June 13.

The maximum self-parking fee will be $10 per day for vehicles parked longer than four hours at Bellagio, Aria, MGM Grand, Mandalay Bay, The Mirage and New York-New York. The valet parking fee will top out at $18 at those properties and at the Delano and Vdara.

But company officials said locals wouldn’t have to pay a dime to park — for now.

Company spokesman Gordon Absher said Nevada residents can self-park for free at any MGM resort except during special events at least through Dec. 29, when the company plans to evaluate the system.

■ Anyone to park free in any self-parking lots for an hour. That is to accommodate customers picking up show tickets or running brief errands.

■ Anyone with a valid Nevada driver’s license to park for up to 24 hours in self-parking for free after scanning the license bar code at a pay kiosk.

The company announced in January that it would implement a parking policy, and the public got its first taste of the new fees in April when T-Mobile Arena opened. Garages at New York-New York and Monte Carlo started requiring online permit purchases more than 24 hours before an event.

“We have come to this decision with a great deal of care, particularly knowing we would be breaking with Las Vegas tradition,” Absher said.

Revenue generated by the new parking fees will be used to build a $54 million, 3,000-space parking structure near the Excalibur, close to T-Mobile Arena. Also, the company will invest $36 million in upgrades and enhancements to existing parking facilities. MGM’s current parking lots lack modern technology such as space availability and way-finding systems.

MGM Resorts spends $30 million annually to maintain its 37,000 Strip parking spaces. Its automated parking system will be similar to one at McCarran International Airport, where customers take a ticket and pay at a kiosk near the exit.

Company officials say paying for parking before reaching the exit will expedite the process.

Hotel guests will be able to use their room key access cards to avoid parking fees and will have in-and-out privileges at every MGM property in the city during their stay.

“The question was ‘Do we continue to have parking be a loss-leader?’” Murren said in January. “We took an amenity that had been free for decades and decided to charge for it. We knew that would cause a tremendous amount of discussion.”

Pointing out that self-parking charges range from $20 in Orlando to $49 in Chicago didn’t sway all.

“Say goodbye to my business,” Catarina Pupillo wrote on MGM Resorts International’s Facebook page after the announcement. “I will not pay for parking at any time for any length of time.”

“You’ve lost a customer here!!” added Jonathan Piumelli. “I will NEVER visit one of your resorts again. … Pay for YOUR OWN parking garages!! Don’t hold your customers ransom for the money to do it.”