Gallons of water poured onto the floor of the hotel’s convention center Tuesday after a pipe malfunctioned, the company said. Photos posted on social media showed the corridor leading to the convention center covered in water.

“There were no injuries or disruption to overall operations,” said Brian Ahern, an MGM spokesman.”The Convention Center is proceeding with its normal events and operations schedule Wednesday.”

He said the damage to the property was “minimal,” but could not give a dollar figure.

The Association of Certified Fraud Examiners is holding their annual convention in the Mandalay Bay this week. The ACFE Global Fraud Conference attracts more than 3,000 industry professionals.

Photos posted on Twitter Wednesday from the conference indicated that meetings and presentations went ahead as planned. Ahern said no meetings had been postponed.

When a flood of water met the world’s fraud investigators today in the @MandalayBay convention area. @CNBC @CNBCi #FraudConf pic.twitter.com/iNIv4bKHqZ 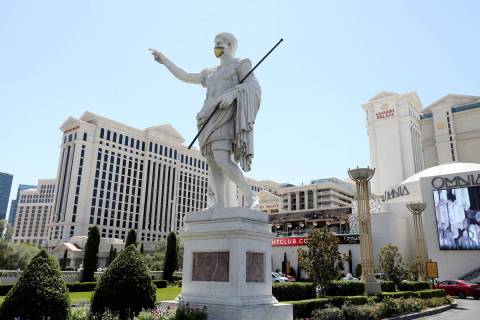 The “Caesars for Danville” campaign, spearheaded by four community leaders and former Caesars CEO Tony Rodio, will work to win approval for a $400 million resort.

The sister property to Sahara Las Vegas, also operated by The Meruelo Group, was the sixth casino property to be named in a complaint involving health and safety matters.