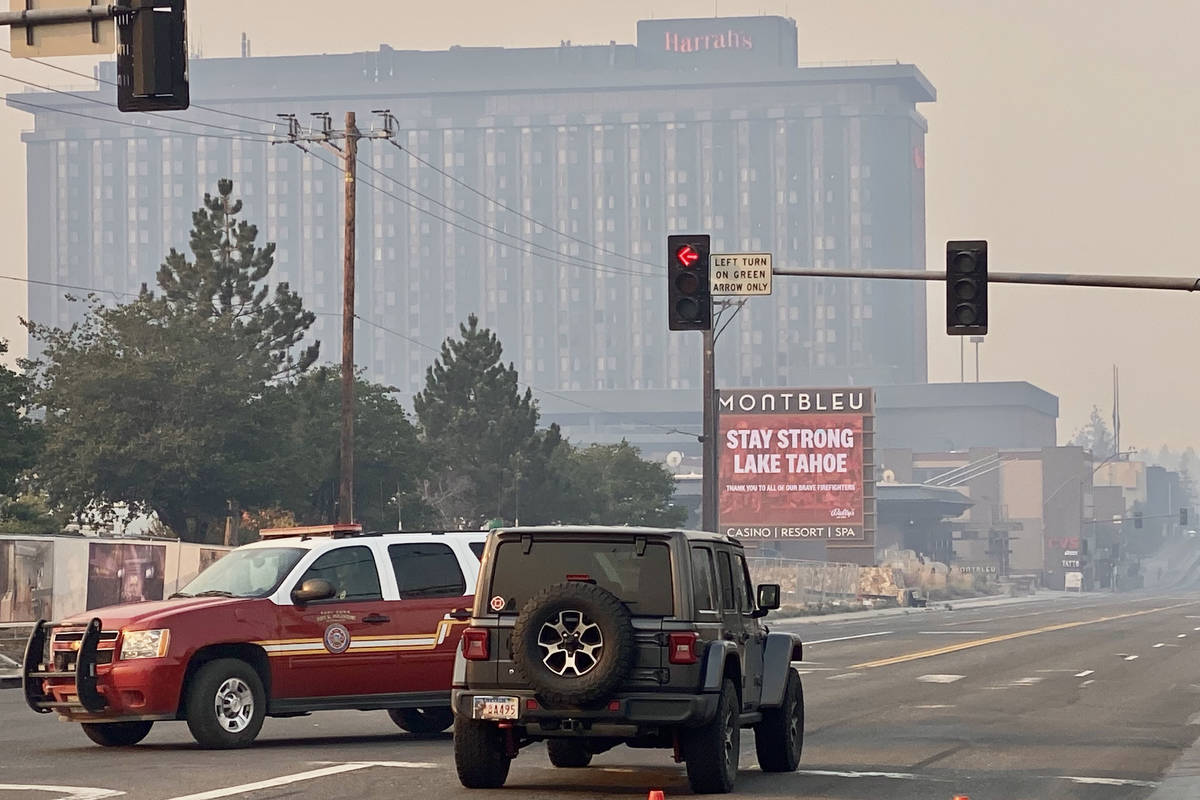 The fourth of four casinos at Lake Tahoe began shutting down gaming operations Wednesday as the Caldor Fire continued to roar toward South Lake Tahoe, California, and Stateline, Nevada.

The MontBleu, operated by Bally’s Corp., would be the last of the properties to close as mandatory evacuation orders began being issued in Douglas County, Stateline’s location.

“The safety of our team members and customers has always been, and continues to be, our highest priority,” said Tim Tretton, vice president and general manager of the MontBleu.

“Given this, later today (Wednesday) we will close the MontBleu Resort Casino to the public. MontBleu will continue to provide housing and support to team member evacuees and firefighters working hard to contain the Caldor Fire, as well as remain in constant communication with the Stateline fire department. We look forward to reopening our doors as soon as it is safe to do so,” Tretton said.

Lake Tahoe casinos are all within a half-mile of the California-Nevada border along U.S. Highway 50, the main road through the area.

The Nevada Gaming Control Board on Tuesday confirmed that the three other Lake Tahoe casinos — Harrah’s Lake Tahoe and Harveys Lake Tahoe, operated by Caesars Entertainment Inc., and Hard Rock Lake Tahoe, managed by Las Vegas-based Paragon Gaming — closed earlier in the week as the fire advanced toward Nevada.

This is a developing story. Check back here for updates.