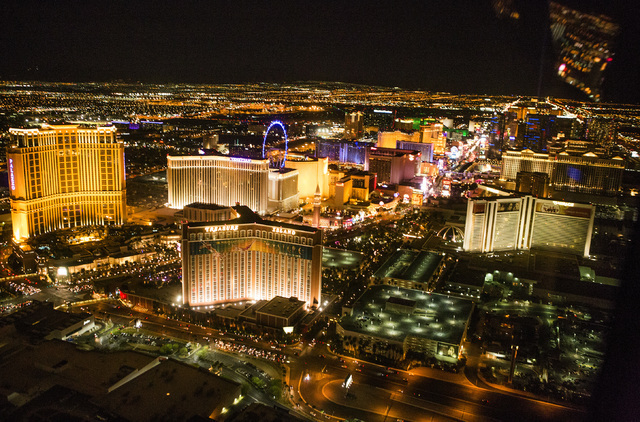 The $887.4 million statewide win in June helped bring the total gaming win for the 12-month 2016 fiscal year to $11.1 billion, for the gain of less than 1 percent over the prior fiscal year.

Although the Nevada gain was small it looks good compared to Macau, which saw a 22.5 percent decline in win over the same 12-month period. Macau has reported 25 straight months of declines.

The Strip was helped in June by a strong baccarat win, totaling nearly $76.3 million for a 32 percent increase over June 2015. But for the year, the $1.3 billion baccarat win on the Strip was off 6.4 percent over Fiscal Year 2015.

Michael Lawton, senior research analyst for the board, said 12 of the 14 Nevada markets tracked by the state saw gains in 2016 over 2015.

“From the perspective of the entire state, that shows you the growth is widespread,” he said.

Unfortunately, one of the two down markets was the Strip, which is influenced strongly by baccarat play, Lawton said. If baccarat was excluded from the Strip numbers, the market would have been up 1 percent in fiscal 2016, he said.

The other down market for the year was South Lake Tahoe at minus 3.8 percent.

The downtown Las Vegas market led the way in percentage win in fiscal 2016, coming in with a 5.4 percent gain over the prior year with $549 million.

The keys to the strong June performance were threefold:

— There was an increase in both volume and hold on slot play, which generated $594.7 million statewide for a 7 percent gain over June 2015.