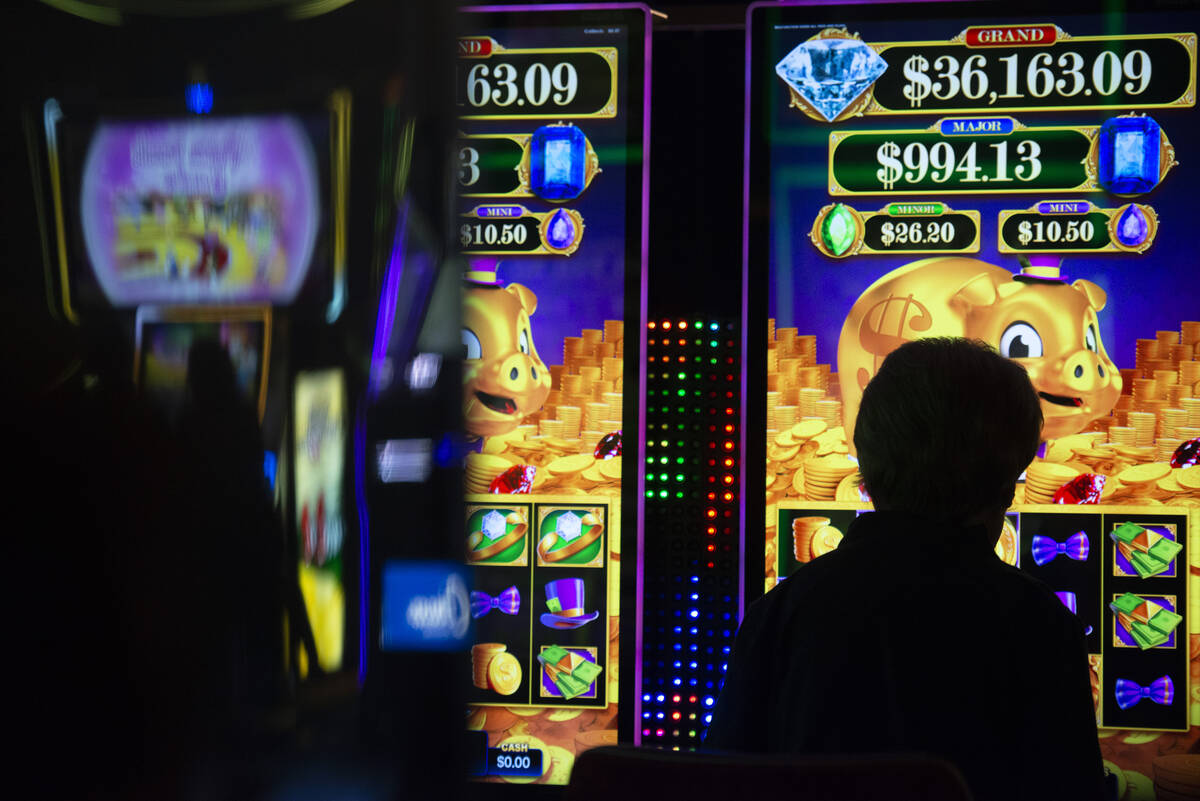 Sheila Mullenax, of Little Rock, Arkansas, plays the slot machines at Circa on Thursday, May 19, 2022, in Las Vegas. "They're just a lot of fun," she said. (Steel Brooks/Las Vegas Review-Journal) 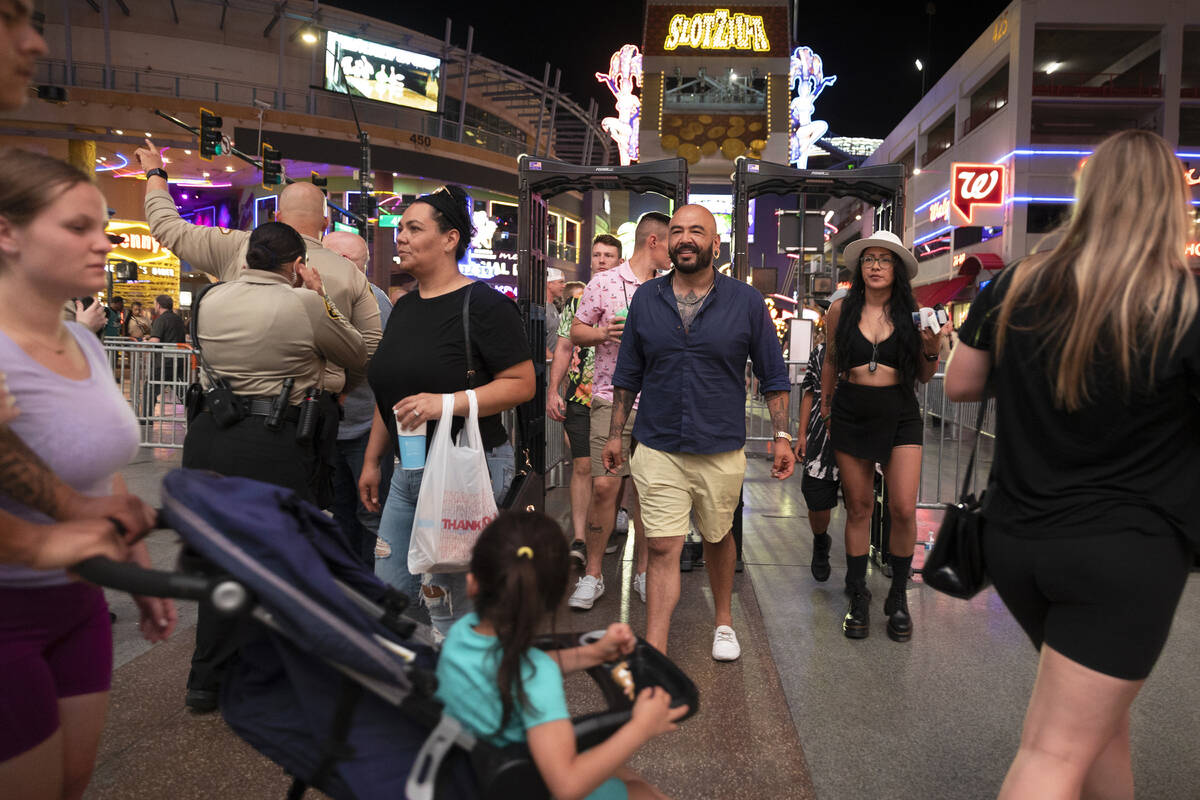 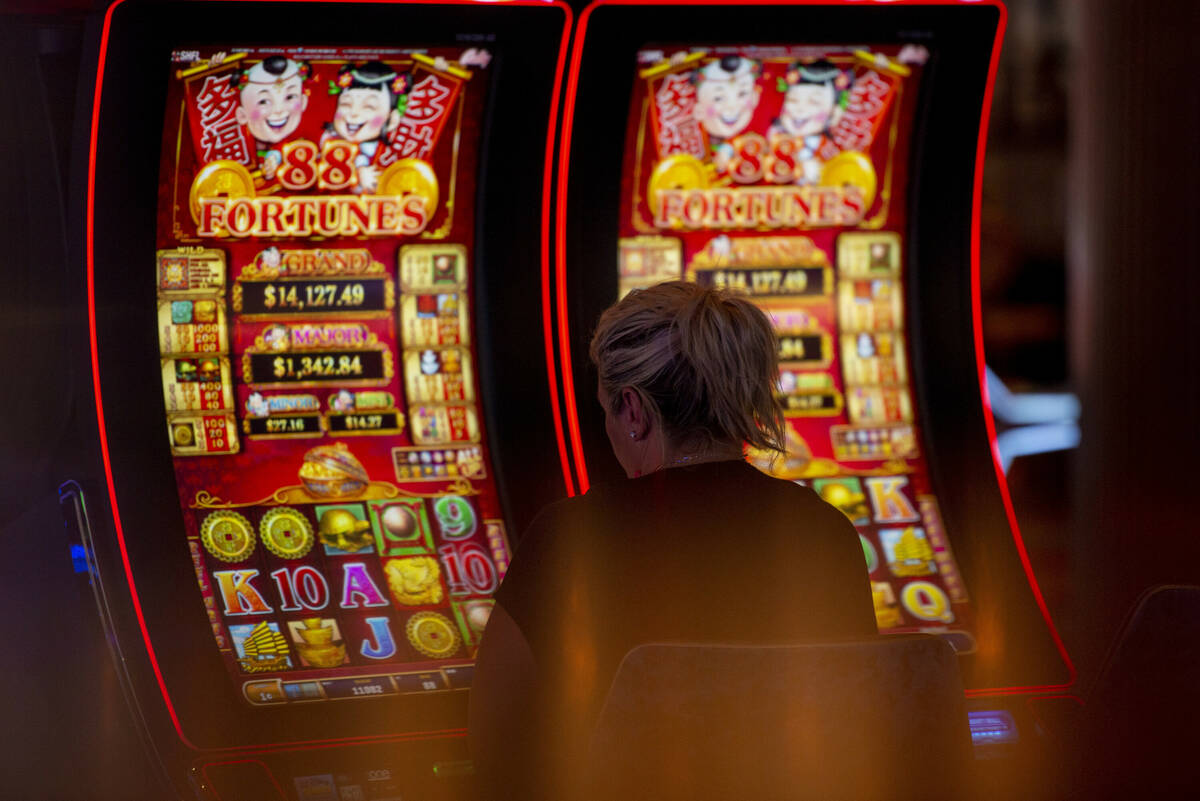 Chastity Irwin, of Dayton, Ohio, plays the slot machines at Circa on Thursday, May 19, 2022, in Las Vegas. "I've been to a couple different places and won a good amount," Irwin said. (Steel Brooks/Las Vegas Review-Journal)

Commercial casinos across the United States continue to rewrite revenue record books as the American Gaming Association said the industry had the best May ever and the second-best revenue month in history.

Eighteen of 31 commercial gaming states operational a year ago saw revenue growth from May 2021, including Nevada. The Silver State contributed $1.3 billion to the haul. Nevada posted the highest revenue of any state.

Commercial gaming revenue within states does not include that generated in tribal casinos.

Other highlights from the AGA report:

— Through the first five months of 2022, commercial gaming revenue stands at $24.39 billion, 20.6 percent ahead of the same period last year.

— March, April and May of this year marked the three best gaming months in industry history — each surpassing gaming revenue of $5 billion.

— Gaming revenue grew or remained flat across all categories in May year-over-year as traditional casino games generated revenue of $4.13 billion, up 1.4 percent versus May 2021; sports betting brought in $487.5 million in revenue from commercial operations in 26 states, a 78.2 percent gain from May 2021, when commercial sports betting markets were live across 20 jurisdictions compared with 30 states and Washington, D.C., today; and iGaming generated $406.4 million, up 30.9 percent from May 2021.

Weaknesses were hard to come by, but there were some.

May had the softest annual growth rate since February 2021 as year-over-year comparisons moved beyond months in which the industry was operating with significant COVID-related operating restrictions. The comparisons will get harder, the AGA said.

One casino sector dipped slightly from last year: slot machine revenue. According to the association, slot revenue of $2.94 billion was down 0.1 percent from the previous year.

In May, land-based casino slot machines and table games combined for $4.13 billion in nationwide revenue, up 1.4 percent versus the same month last year and marked the third-highest month ever. Year-over-year comparisons were more favorable for table game revenue, jumping 10.5 percent to $873.9 million.

Year-to-date revenue from land-based casino slot machines and table games stands at $19.70 billion, 13.9 percent ahead of the same period in 2021.

Twenty-two of 25 states saw annual revenue growth from traditional gaming through the first five months of 2022.

Only four states are behind their gaming revenue pace at the start of 2021: the District of Columbia (-21.2 percent), Kansas (-0.8 percent), Mississippi (-2.5 percent) and South Dakota (-1.9 percent). The slowdown in Kansas, Mississippi and South Dakota proved tougher comparisons as COVID restrictions in those states eased earlier in 2021 compared with other gaming jurisdictions.

Push to crack down on illegal offshore online casinos

“Offshore gambling websites are a significant threat to consumer protections and the economic benefits legal gaming provides for communities across the country,” said Bill Miller, president and CEO of the AGA. “Eradicating these websites and all forms of illegal gambling is one of AGA’s top priorities.”

“After our initial outreach to the Department of Justice in April, our letter to Attorney General Garland demonstrates the broad interest in addressing illegal gaming,” Miller said. “We are grateful to Gaming Caucus Co-Chairs Reps. Titus and Reschenthaler for their leadership and the members who joined this call to action.

“Our country’s leaders are clearly and appropriately alarmed by the prevalence of offshore sportsbooks, and law enforcement must act to identify the worst actors, investigate and prosecute them,” Miller said. “We look forward to continuing to work with allies on the Hill, sports leagues and the Department of Justice to prioritize robust enforcement that will protect Americans from the predatory illegal marketplace.”