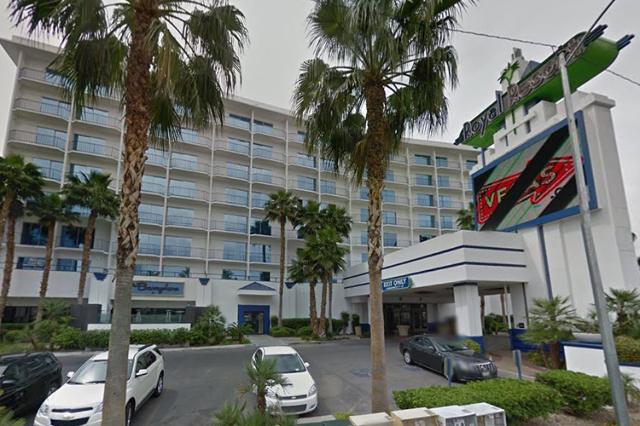 A group of Las Vegas developers who were planning to convert the Royal Hotel and an adjacent office building and strip mall into an upscale boutique resort and gaming complex filed a lawsuit in Clark County District Court on Wednesday claiming the property’s owners broke a lengthy lease agreement and put the Convention Center Drive property up for sale.

According to the complaint, Authentic Entertainment Properties entered into a joint venture agreement in 2010 with Michael Pashaie and David Taban, the Los Angeles-based owners of the Royal, to redevelop the nongaming property. The group invested $3 million to complete an initial phase in the process, which included upgrades to the restaurant, lobby, lounge and pool area.

The developers said in the lawsuit that a 57-year ground lease agreement — which included the previous joint venture — was agreed upon in May 2013 with the owners after AEP secured $65 million in funding for the renovation.

However, according to the complaint, AEP principals were informed by the Royal’s owners they were not moving forward with the ground lease in August 2013.

“They were frozen out after they invested millions of dollars and effort into the project,” said Los Angeles-based attorney Jason Frank, who is representing the development group, Robert Coffman, Robert O’Neil and Adam Mizzi. The Las Vegas office of Lewis Roca Rothgerber filed the lawsuit, which will be heard by District Court’s Business Court division.

Frank said the developers attempted to negotiate a settlement with the Royal’s ownership for nearly two years before filing the lawsuit, which seeks $100 million in damages.

According to the lawsuit, Pashaie and Taban breached their agreements with the developers and are attempting to sell the properties, which include the Royal, a nearby office building and the Gold Key Shops, for $160 million — nearly six times the original purchase price.

“They are using the developers’ improvements and business plan,” Frank said.

The Royal houses The Barrymore restaurant, which is operated by a third party.

The lawsuit claims the Royal was losing nearly $200,000 a year before the development team made the various renovations. The property, according to the lawsuit, is “strategically located” on the Strip near several “upscale luxury hotels and casinos,” including the Wynn Las Vegas, Encore, The Palazzo and The Venetian.

Pashaie and Taban could not be reached for comment. The pair, through Gold Coast Village LLC, also hold the lease on Marina Del Rey’s Fisherman’s Village in Los Angeles through 2027.