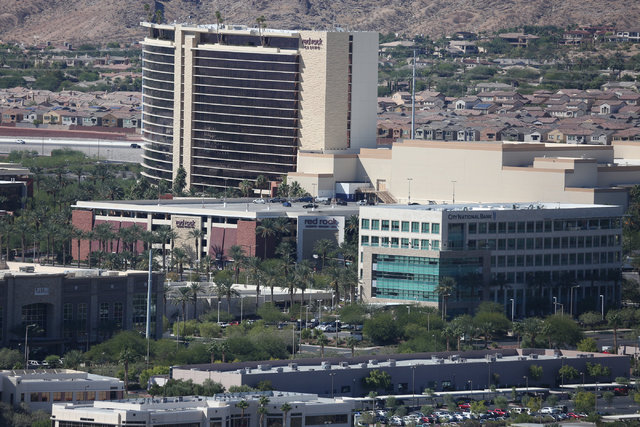 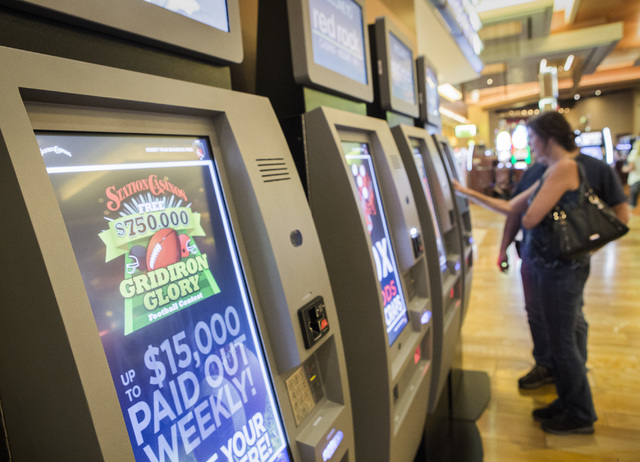 Quarterly net revenues increased 7.3 percent to $347.1 million, marking the 14th consecutive quarter of year-over-year net revenue growth for Red Rock Resorts, the parent company of Station Casinos. Net income for the period was up 59.2 percent, or $33.4 million, from the $21 million during the prior year.

“We experienced growth in every major gaming category,” Falcone said in an earnings call, “particularly at slots and table games.”

He said growth in hotel room sales and food and beverage was “equally impressive.”

Other highlights of the quarter included completion of a $312.5 million acquisition of the Palms, giving Red Rock Resorts a second property just off the Strip. Falcone said Red Rock is still in the early stages of analyzing revenue opportunities at the Palms, but the company has already integrated operational systems, including a new IGT technology that converges game play with a new MyRewards system for its Boarding Pass loyalty program.

“MyRewards has been completely rolled out to all our properties in Las Vegas,” Falcone said. “We believe we’re the first in the local market to roll out such a comprehensive loyalty program.”

The new MyRewards complements the Boarding Pass program by integrating points earned for gaming activity with dollars spent on nongaming activity, whether that be at restaurants, bars, spas or shops.

“Anything we could do to generate incremental loyalty for the nongaming customer,” Falcone said, “We think that’s a pretty important and impressive upgrade to a loyalty program that has worked very effectively already.”

Palace Station broke ground on a $115 million expansion and upgrade in October. An overhaul of the 40-year-old property will create a new exterior facade, a new bingo room and expanded gaming floor space, a new buffet and other restaurants and improved parking.

“We believe that population growth, job growth and wage growth are the major components that drive our business,” Falcone said. “We are seeing a steadily improving housing market, record consumer spending, vibrant visitation levels and a robust construction pipeline.”

Red Rock Resorts announced last week that the board of directors would pay a dividend of 10 cents per share later this month — the second quarter in a row Red Rock will be able to pay out quarterly investor dividends as promised during the company’s recent restructuring.

“The third quarter was very strong for Red Rock Resorts,” Falcone said. “With a record employment base, a healthy construction pipeline and strong visitor growth, the overall Las Vegas economy lined up well for our ability to capture strong topline and bottom-line growth.”

CORRECTION: This story has been updated to reflect that Graton Resort and Casino is located in Sonoma County, California.