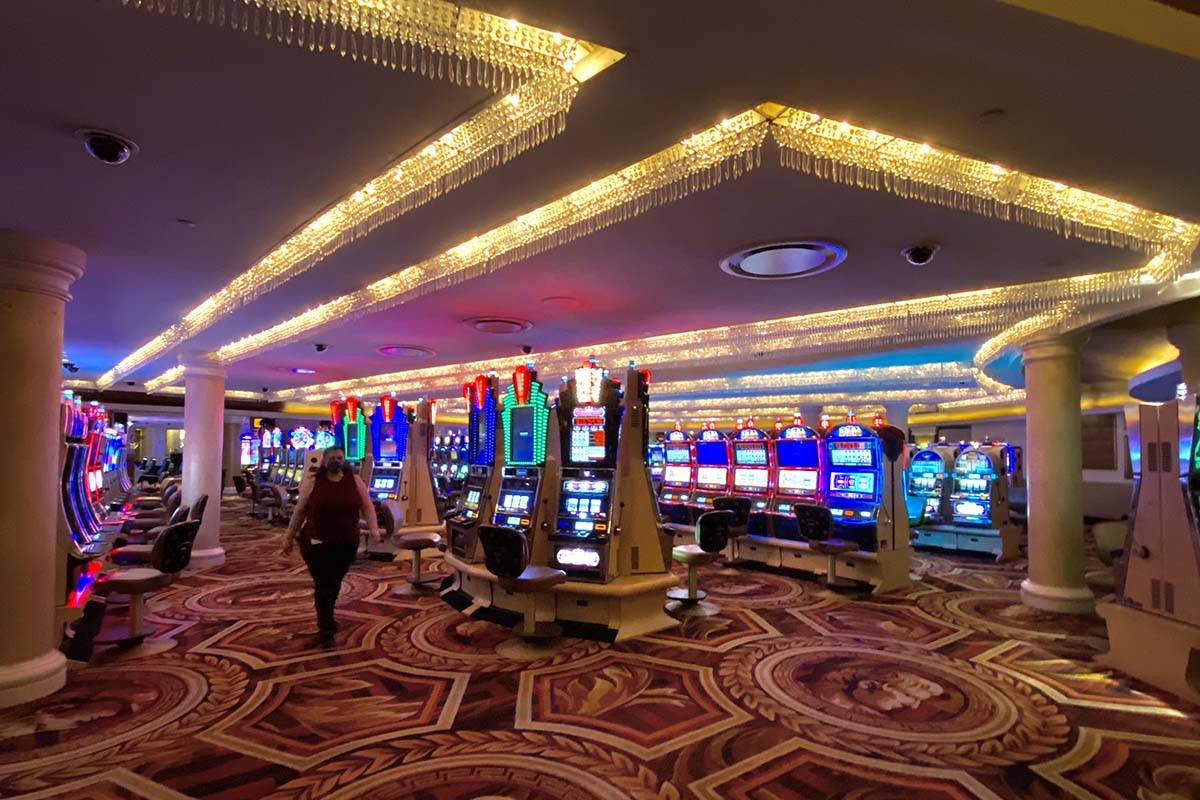 It was a busy three months for Caesars Entertainment Inc., and CEO Tom Reeg anticipates the company’s new Las Vegas convention center will have its own busy calendar this time next year.

Reeg expressed optimism for the Reno-based company’s future in Las Vegas thanks to “record (meeting) business on our books” for the second half of 2021 and beyond. Additionally, Reeg provided updates on the status of Rio, Caesars’ plans regarding potential operating hour cuts and its branding strategy following a $3.7-billion agreement to buy international sportsbook operator William Hill in September.

Gov. Steve Sisolak’s easing of meeting and assembly restrictions allowed Caesars to add “basically a normal level of bookings” during the third quarter and help the company during the first half of 2021, Reeg said.

“If you look at the Caesars Forum convention center, which was open for about a day-and-a-half before everything shut down from COVID, Caesars Forum has 172 events, 1.6 million room nights contracted worth over $600 million in rooms and banquet revenue and 78 percent of that business is new to Las Vegas,” Reeg told investors during an earnings call.

The $375 million, 550,000-square-foot Caesars Forum opened in March but quickly closed due to a state-mandated shutdown.

The return of convention business is predicated on the state of the COVID-19 crisis, Reeg said, adding he didn’t know when that would be. When it does return, the convention business will be among a few other reasons for optimism in Las Vegas, he said.

Caesars doesn’t plan to follow the lead of other Strip hotel-casinos and shut down its own Strip properties during the week to cut costs, Reeg said. The company opened the sole remaining closed property on the Strip, The Cromwell, last week, and Reeg expects Rio — its last remaining Las Vegas property — to open by the end of the year. The hotel-casino has been closed since mid-March following a state-mandated closure order.

“What I will tell you today is when we get into a post-COVID world, the pent-up demand you’re going to see for gaming in general and Las Vegas in particular is going to be beyond your wildest dreams,” Reeg told investors, later citing customers 55 and older who may feel uncomfortable visiting a casino now, but may feel comfortable once a COVID-19 vaccine is widely distributed. “The flow-through that you’re going to see in the sector is unlike anything that has happened.”

Following the acquisition of William Hill, Caesars will brand all Caesars-affiliated sports betting by the company name, though the William Hill brand “will live on” in the U.S. via third-party properties, Reeg said.

He said occupancy in Las Vegas was “just under 60 percent” for the third quarter, and the company is now running mid-50s occupancy for the week and 90s for the weekends.

The company began charging for parking Oct. 30 at its reopened properties (Caesars Palace, Paris Las Vegas, Bally’s, Flamingo, The Linq Hotel and Harrah’s). Nevada residents with valid identification, hotel guests and Caesars Reward loyalty members at platinum rating and above are excluded from the policy. Self-parking at Miracle Mile Shops and Planet Hollywood remained free to all guests.

Reeg provided some additional insight behind that decision Thursday.

“Our best (drive-in) customers were having difficulty finding parking at our structures. so what we wanted to do is bring back parking fees as kind of a hurdle so our best customers could get to the properties,” he said.

The merged company more than doubled revenue to $1.377 billion, but eluded profitability.