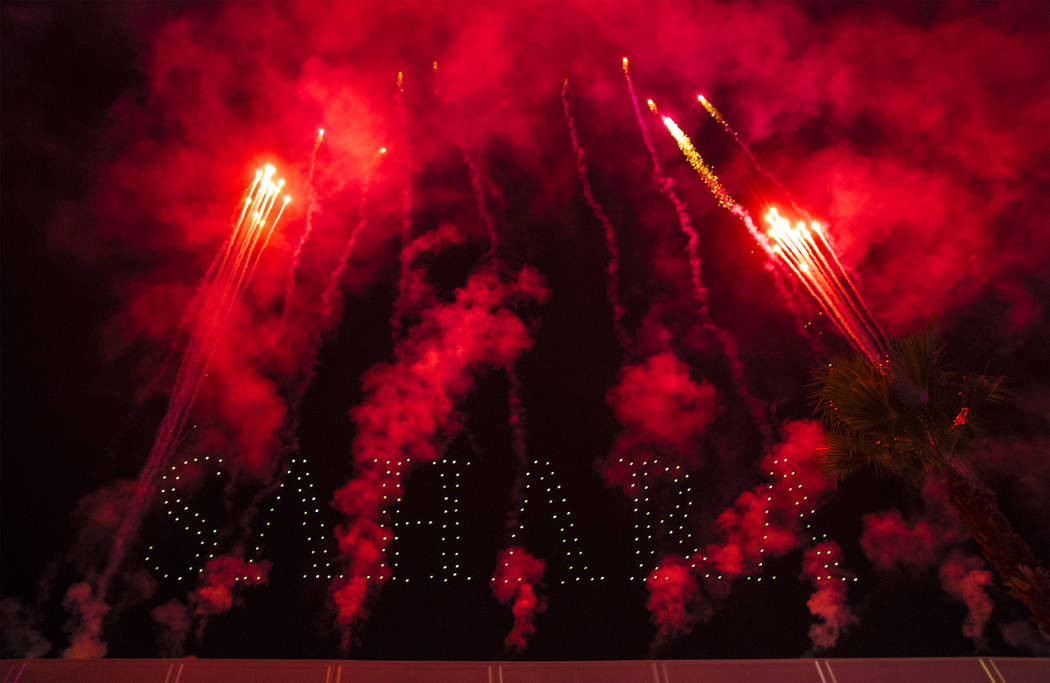 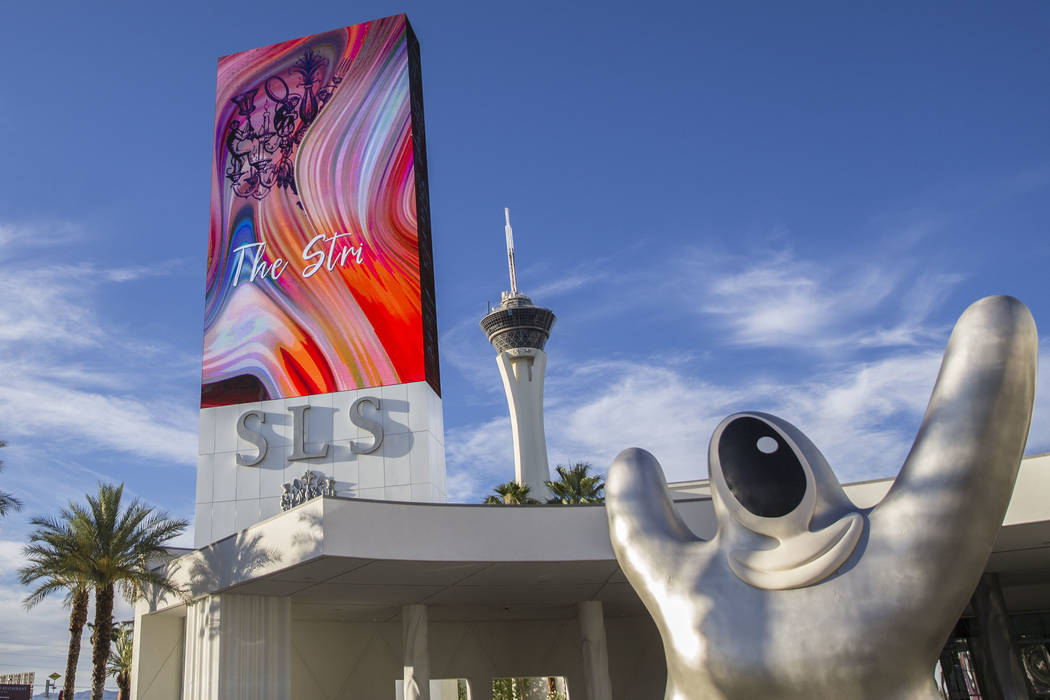 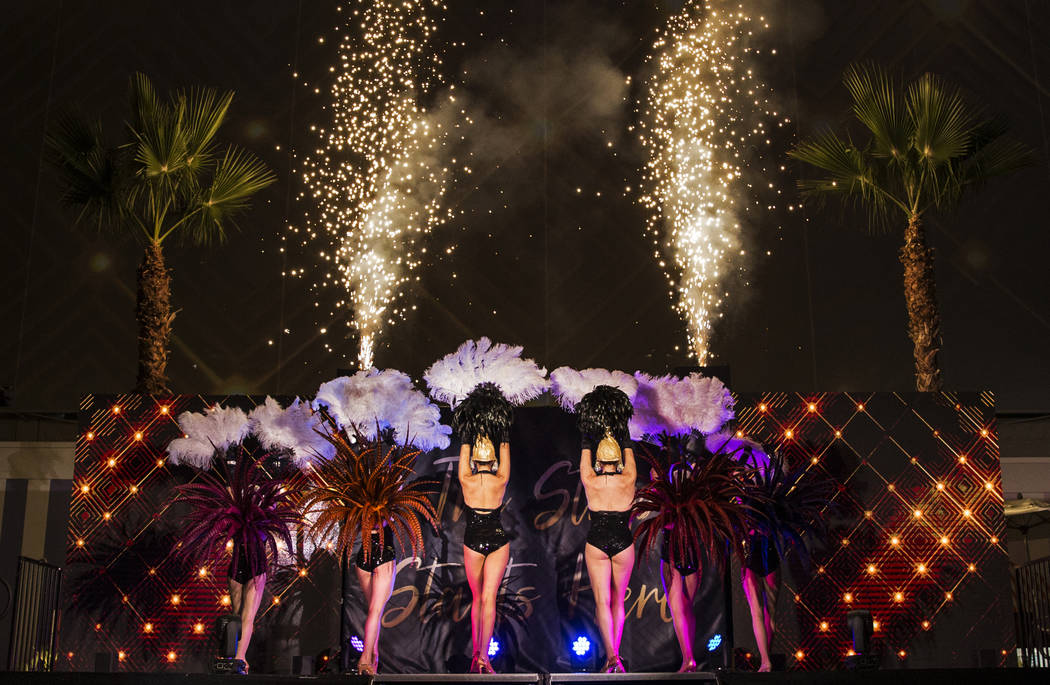 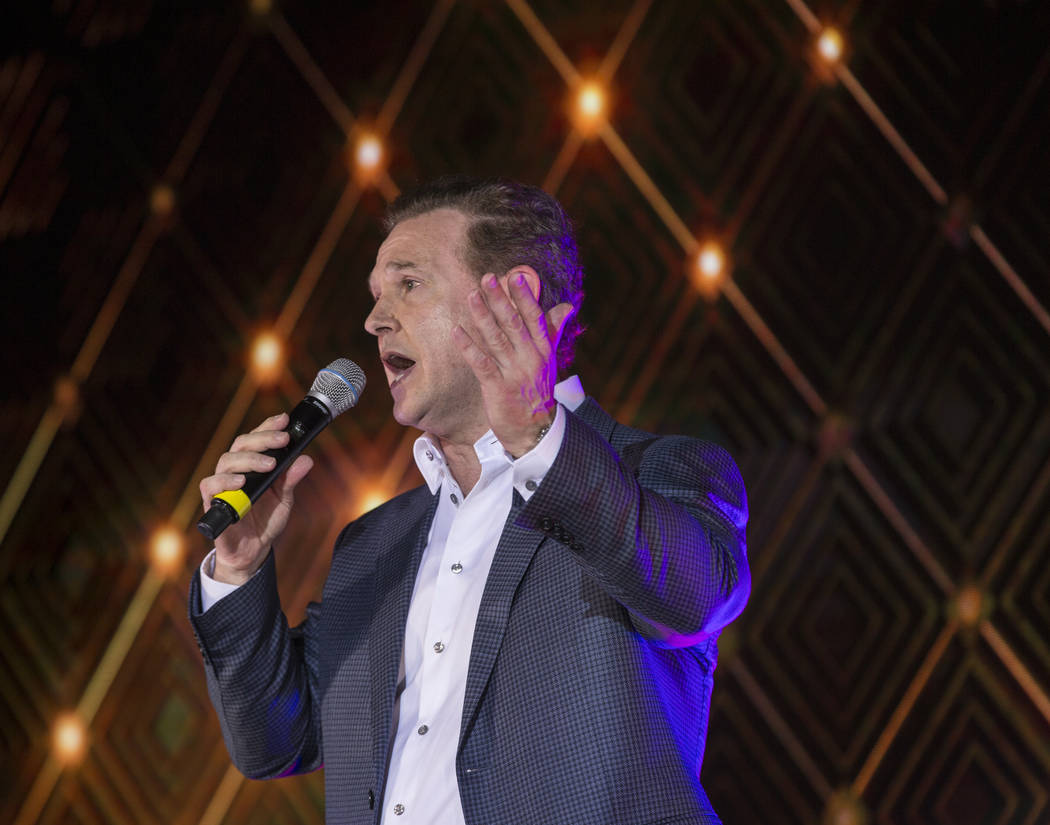 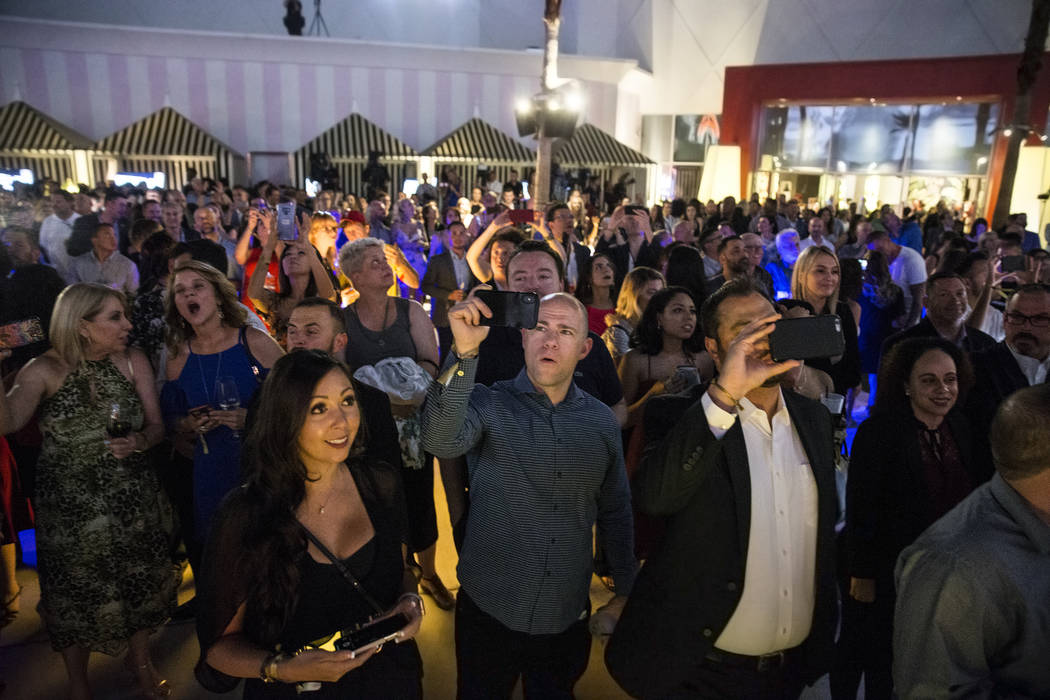 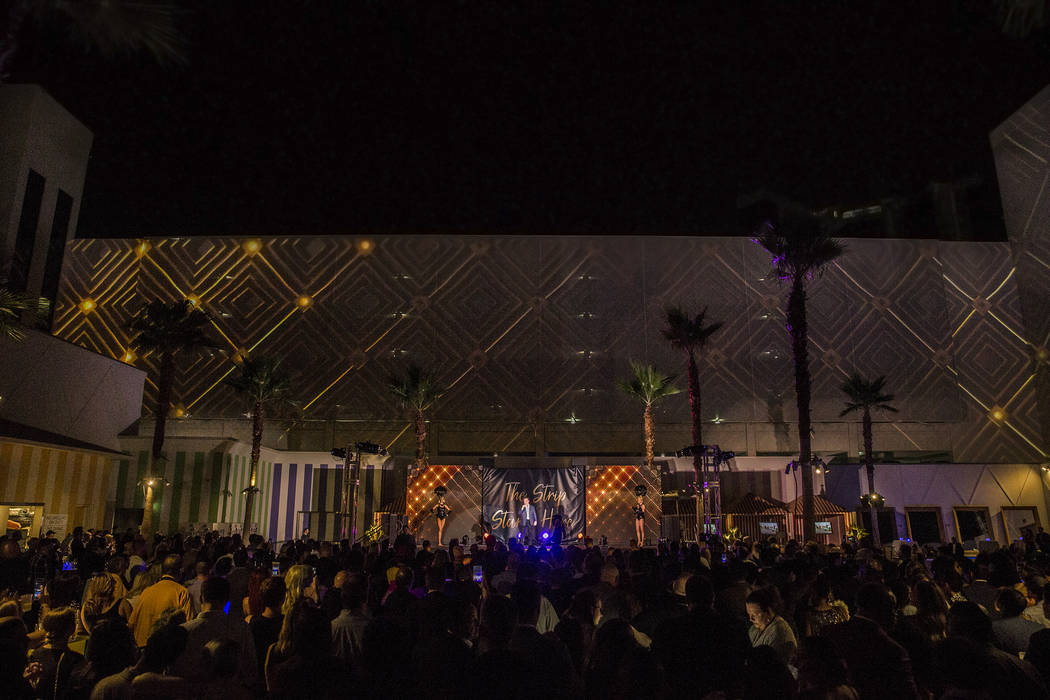 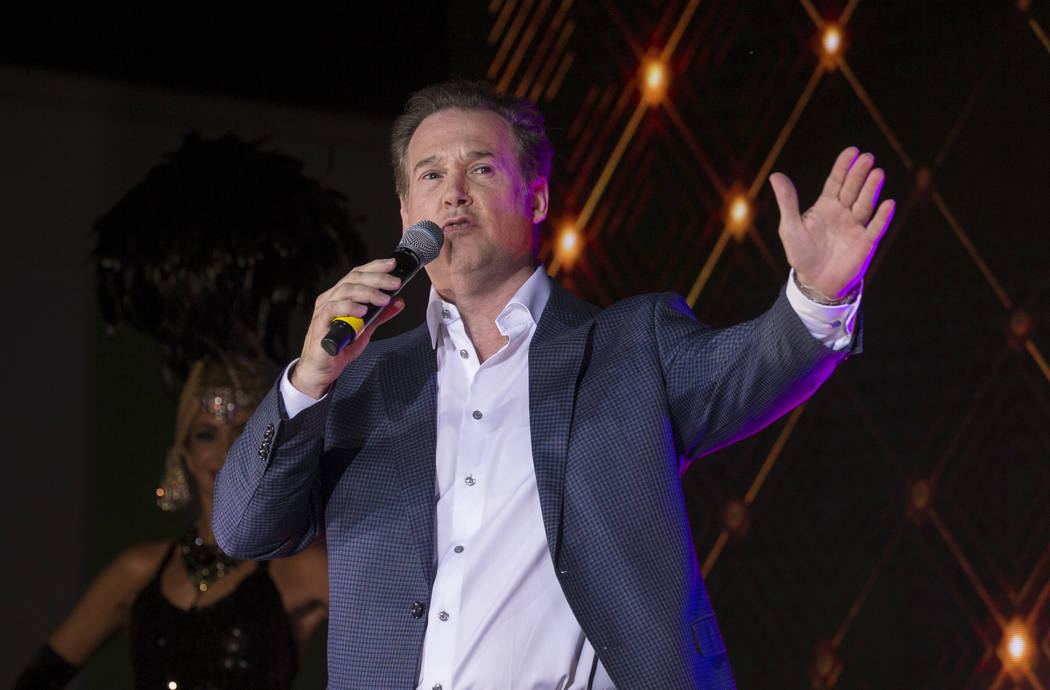 The Sahara is back.

The storied 1,720-room hotel that has hosted the Rat Pack, the Jerry Lewis Telethon, and the Beatles came full circle Thursday with the nighttime announcement by owner Alex Meruelo that the property previously known as SLS Las Vegas has returned to its roots, becoming the Sahara Las Vegas.

The SLS, now being redubbed The Sahara hotel-casino, just put up an amazing display of lights in the sky…nope, not fireworks. pic.twitter.com/uCkC14mC6i

Speaking to about 700 invited guests that included dignitaries, celebrities and hotel employees and guests, Meruelo’s announcement was punctuated with a drone light show and fireworks.

“The Sahara played an important role in the evolution of the destination,” Meruelo told the crowd. “And, we are now responsible for shaping a new narrative. We are writing the next chapter in the city’s evolution, for the love of Vegas.”

Meruelo took control of SLS in April 2018 for an undisclosed price from a San Francisco-based investment fund, Stockbridge Capital Group.

The businessman cut costs, including ending the property’s relationship with W Hotels and Starwood Hotels, helping lift the property into the black. But he also invested $100 million in renovations, a process still underway and expected to continue into 2020.

The W, which operated one of the property’s three towers, had its own management, accounting and sales team, General Manager Paul Hobson told the Review-Journal in January.

The SLS brand is owned by Sam Nazarian’s company, SBE, as is Katsuya and The Bazaar by Jose Andres. Meruelo used the working name Grand Sahara — a reference to property’s original name and mirroring his Grand Sierra Resort in Reno — when applying for construction permits last year.

The Sahara, which featured a Moroccan onion-dome minaret over its porte-cochere, was known as a hangout for the Rat Pack of Frank Sinatra, Dean Martin and Sammy Davis Jr.

“The team here knows that we’re part of something special,” Hobson said. “Every member of the team, from leadership to the front line, is excited to welcome Sahara back to Las Vegas. And, we are excited for our guests to join us on this journey, experience the many changes taking place on property and offer them unparalleled service. Our design team has labored over every detail, bringing a style and sophistication that we believe our guests will immediately appreciate.”

Meruelo said his management team is committed to delivering an intimate and memorable visit for guests.

“We want people who stay with us to say, ‘My God, what an experience!’ because experience leads to memories. And, that’s what we want to create, memories and experiences you won’t forget.

“To do that, we had to find the right resort,” he said. “And, this is the right resort. We can make a big impact here at this iconic location. Our property is just the right size to deliver the bold, yet personalized, experiences that made visitors first fall in love with Las Vegas.”

Meruelo made headlines earlier this month on the nation’s sports pages when the National Hockey League formally announced that it had approved him as the new owner of the Arizona Coyotes, the NHL team in Phoenix. Terms of that deal weren’t announced, but the move signaled the league’s increasing comfort level with the gaming industry.