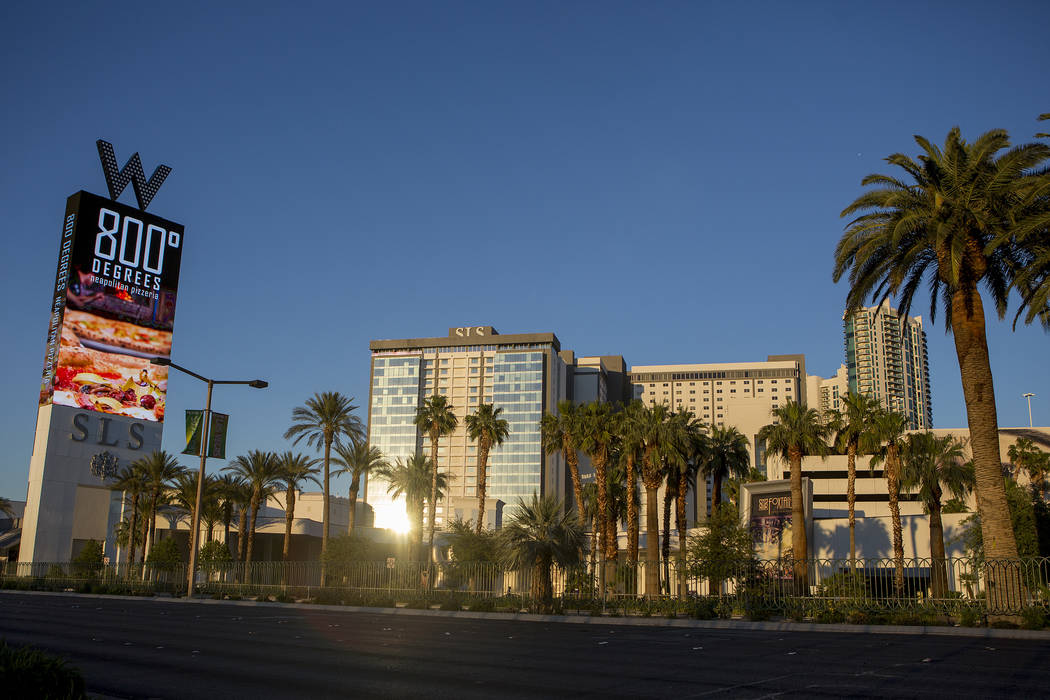 The SLS Las Vegas hasn’t turned a profit since opening in 2014 and is on the ‘’verge of bankruptcy,’’ according to a lawsuit filed in Los Angeles County by 60 Chinese nationals who lent money to the project in exchange for U.S. citizenship.

Chinese investors lent roughly $400 million in two nearly equal portions in 2013 and 2014 to help owners Stockbridge Capital Group and sbe Entertainment convert the Sahara on the north Strip into the SLS Las Vegas.

The loans were organized under the EB-5 Pilot Program that allows foreign citizens to potentially receive U.S. citizenship if they invest $500,000 in “at-risk’’ large-scale projects that create jobs. The five-year loans carried just a 0.5 percent interest rate. Each investor paid $45,000 in administration fees to invest in the project and must pay a yearly management fee.

None of the 60 individuals in the class action case have received their permanent green card, they say in a lawsuit filed Nov. 30 in Los Angeles Superior Court. All the investors contributed to the second portion, known as Phase II.

The plaintiffs are seeking $255 million in damages plus attorney fees and other costs.

Stockbridge Capital Group in May agreed to sell the casino to Meruelo Group, owner of the Grand Sierra Resort in Reno. Stockbridge, which has been pumping millions of dollars a year into the SLS to keep it afloat, downplayed the lawsuit’s talk of bankruptcy.

“The company does not expect the litigation will deter the sale and it does not in any way anticipate a bankruptcy filing,” the San Francisco-based company said. It called the lawsuit “without merit” and said lenders and shareholders support the sale.

Meruelo is now seeking to renegotiate the loans from the Chinese investors, the lawsuit stated. The Chinese loans come due in 2018 and 2019 as does a roughly $185 million loan by a separate party.

The inability to reach an agreement with the Chinese investors has prevented Meruelo from applying for final approval by the Gaming Control Board.

Meruelo is offering to repay the Phase II Chinese investors in 2023, according to the lawsuit. Rather than receive the $200 million they invested plus interest, they would receive an amount that is equivalent to 14 percent of the casino’s equity value. The offer is the third by Meruelo since May.

“We either consent to the sale to Meruelo or the company will file bankruptcy — that is what we are being told verbatim,” said Jeffrey Bell, the attorney representing Phase II Chinese investors.

In the lawsuit, the Chinese investors claim the new deal will result in a “material change” to the business plan, something they say is not permitted by the EB-5 rules. That threatens their chances of receiving American citizenship.

“The plaintiffs’ investment in the Phase II LLC will be completely wiped out and many of the plaintiffs will not be able to get their permanent green cards,’’ the lawsuit said if the sale to Meruelo goes through. The sale is expected to be completed in February, the lawsuit states.

Bell said the Chinese investors would like to see Meruelo “succeed” as the casino hasn’t had a leader since sbe Chief Executive Officer Sam Nazarian exited the project in 2015. However, they want access to financial documents to see how the money was spent and who is getting paid.

Bell said he wanted an explanation about $20 million in stationery expenses.

The attorney said he is concerned that loan-related fees are not only starving the casino of needed cash, but may swallow up whatever the Chinese investors eventually receive from Meruelo in 2023.

Greg Garman, a lawyer for American Dream Fund, called the lawsuit baseless, saying the Chinese investors knew they were putting their money into a risky project. Fortune turned against them.

”It was completely unforeseeable that the North Strip would fall apart as it did,” Garman said.

American Dream Fund believes the Meruelo deal is the best way to avoid bankruptcy and ensure the investors get their permanent green cards as well as some money back, he said

”We are optimistic that Meruelo has the track record to turn around this property.”

Aside from Stockbridge and American Dream Fund, the other defendants were unable to immediately respond to a request for comment.