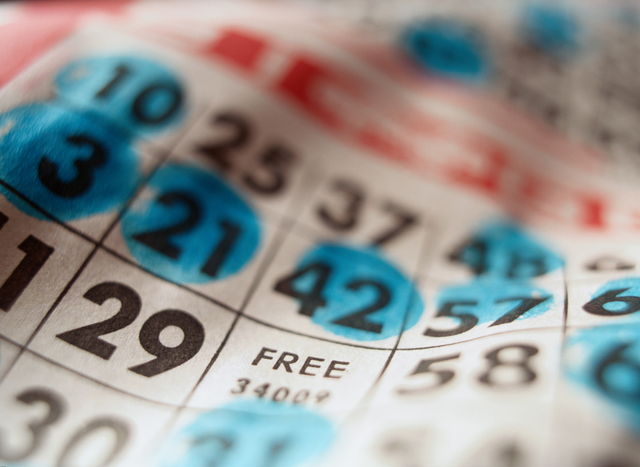 Bingo Lotería takes place at 7 and 9 p.m. Fridays and Saturdays at the Lucky Club. (Thinkstock)

A North Las Vegas casino is trying to broaden its appeal by billing itself as “Las Vegas’ first and only” with bingo in Spanish.

Bingo Lotería debuted about a month ago at Lucky Club, 3227 Civic Center Drive. It takes place at 7 and 9 p.m. Fridays and Saturdays.

The game is called in Spanish and English and it is an all-paper session. Lucky Club uses the more traditional bingo cards, Schorr said, because “guests like the nostalgia of the paper.”

Those who win the 11-game bingo session move on to participate in a bonus round of lotería, a Mexican game of chance that is similar to bingo but, instead of numbered pingpong balls, uses a deck of cards with images on them.

The payouts depend on the color of the card that a player purchases and can be as high as $1,500. There is also a $300 jackpot for players who get bingo on a “Caliente Ball.”

Bingo takes place on the first level of the casino.