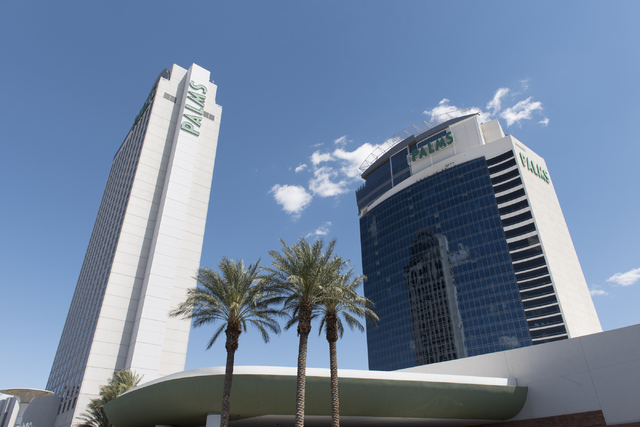 The renovation of a cafe and buffet and the installation of 280 new slot machines are among the improvements Station Casinos have begun or are planning for the Palms, an executive told the state Gaming Control Board on Wednesday.

Marc Falcone, executive vice president, chief financial officer and treasurer of the company told regulators the added slot machines were one of the first improvements made when the company acquired the Palms for $312.5 million in May. He said a cafe in the property is being renovated and when that project is completed, a buffet would be upgraded.

Station officials have indicated in the past that a series of improvements would be made to the three-tower property that has a mix of hotel rooms, suites, penthouses and condominiums as well as a 95,000-square-foot casino with 1,250 slots, 48 table games and a race and sports book.

Falcone was appearing before regulators for an amended order of registration involving existing credit agreements. The matter was unanimously recommended for approval.

In his presentation, Falcone said the new credit agreements would save $18 million in interest payments a year.

In other business, the Control Board recommended approval for a slots-only nonrestricted gaming license for Siegel Slots & Suites on East Craig Road near Nellis Air Force Base.

The property, formerly operated by Nevada Gaming Partners, which filed for Chapter 11 bankruptcy protection, is a tavern with 150 slot machines formerly known as the Barcelona.

Fifth Street Gaming, operators of the Downtown Grand, and a previous overseer of the property, would become the new licensee if approved by the Nevada Gaming Commission, which meets March 23.

Seth Schorr, CEO of Fifth Street Gaming, said at least half of the property’s more than 20 former employees would return to the tavern and casino.

Board members also unanimously recommended a third generation member of the Don Laughlin family to be licensed as a key employee for the Riverside Resort & Casino in Laughlin.

Matthew Laughlin told regulators that he was working in the food-service industry with his father when his grandfather asked him at a family Thanksgiving dinner if he was interested in the gaming business. When Matthew Laughlin said he was, he began working in several operations positions at the Riverside before learning some of the company’s management responsibilities.