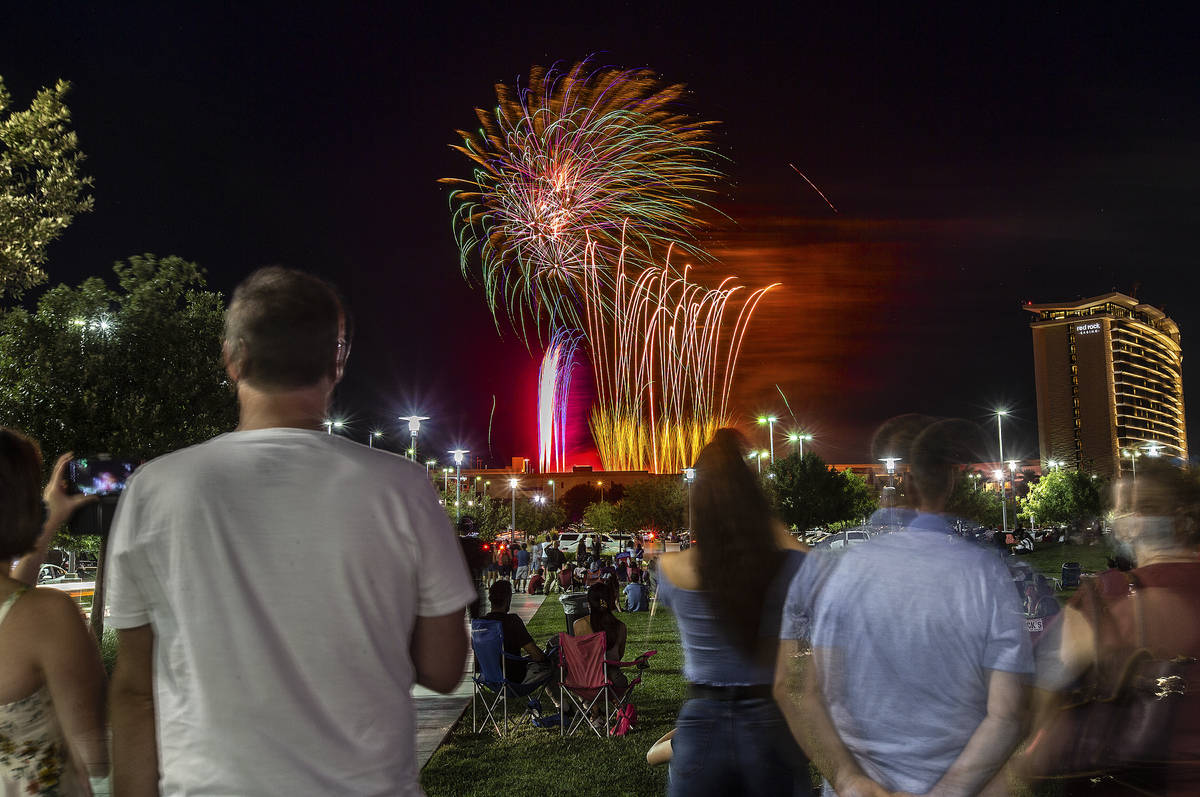 The festivities will start at Palace Station on July 1 at 9 p.m. Additional fireworks will be set off on the Fourth of July, starting at 9 p.m., at Red Rock and Green Valley Ranch resorts. Those who can’t attend in person will still be able to watch the shows through social media channels including Twitch, according to a company news release. Fireworks by Grucci will present the show.

Station Casino properties also will offer locals a number of exclusive deals across its properties including:

— Table games will be wrapped in an anniversary-themed table felts and chip collectors will have a chance to snag limited edition commemorative chips in multiple denominations including a $45 chip.

Station Casinos, which first opened in 1976 with Bingo Palace, is not the only company to couple its anniversary celebration with a Fourth of July fireworks display.

Plaza Hotel & Casino announced last week it would combine its 50th anniversary celebration and the Independence Day holiday with three nights of fireworks launched from various locations, rooftops and towers on July 2 – 4.