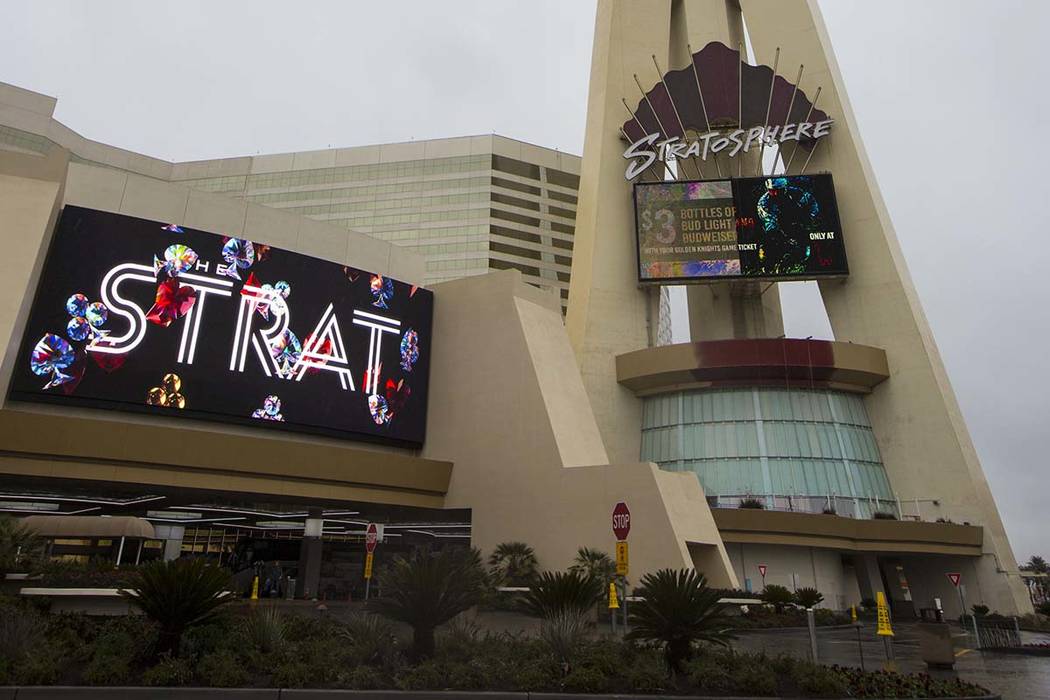 A view of the Stratosphere as clouds and fog cover the Las Vegas Valley on Tuesday, Jan. 15, 2019. Chase Stevens Las Vegas Review-Journal @csstevensphoto 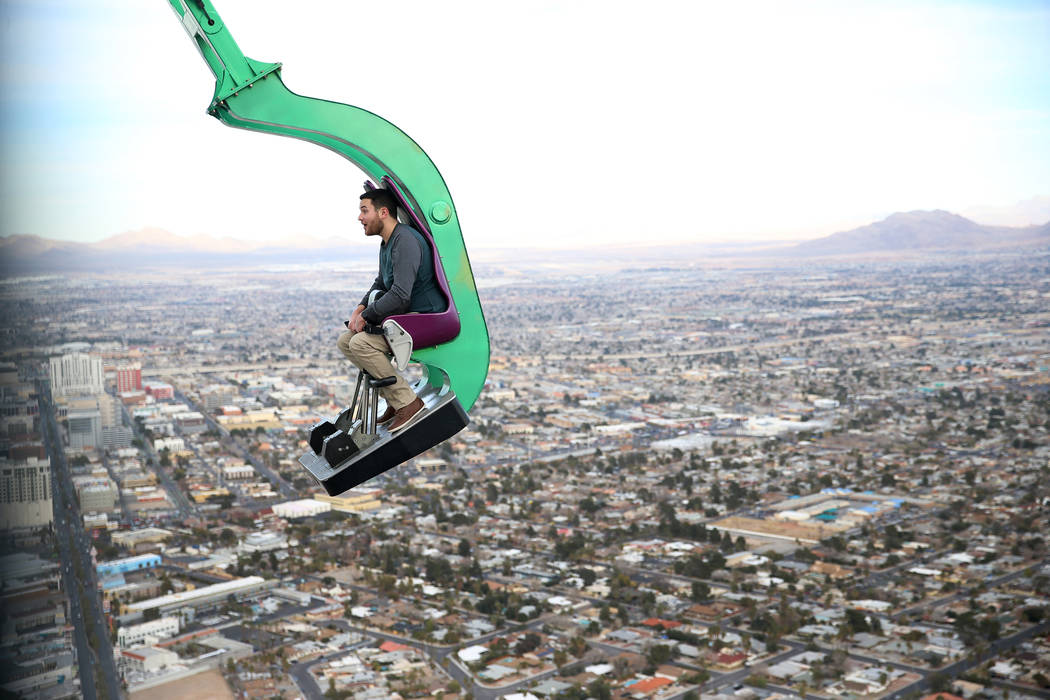 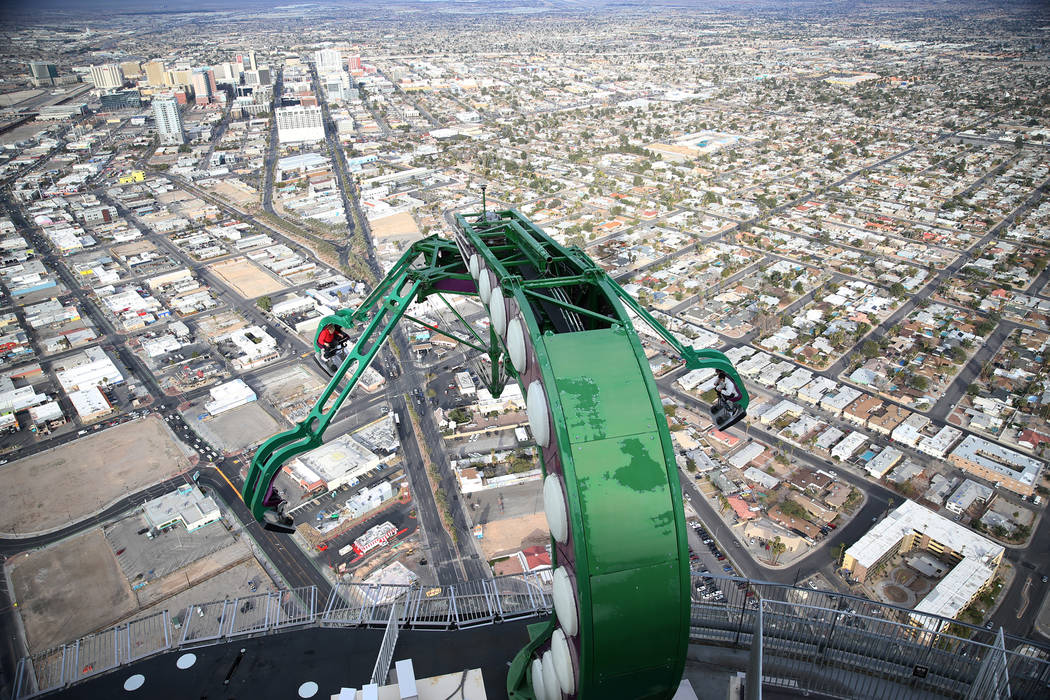 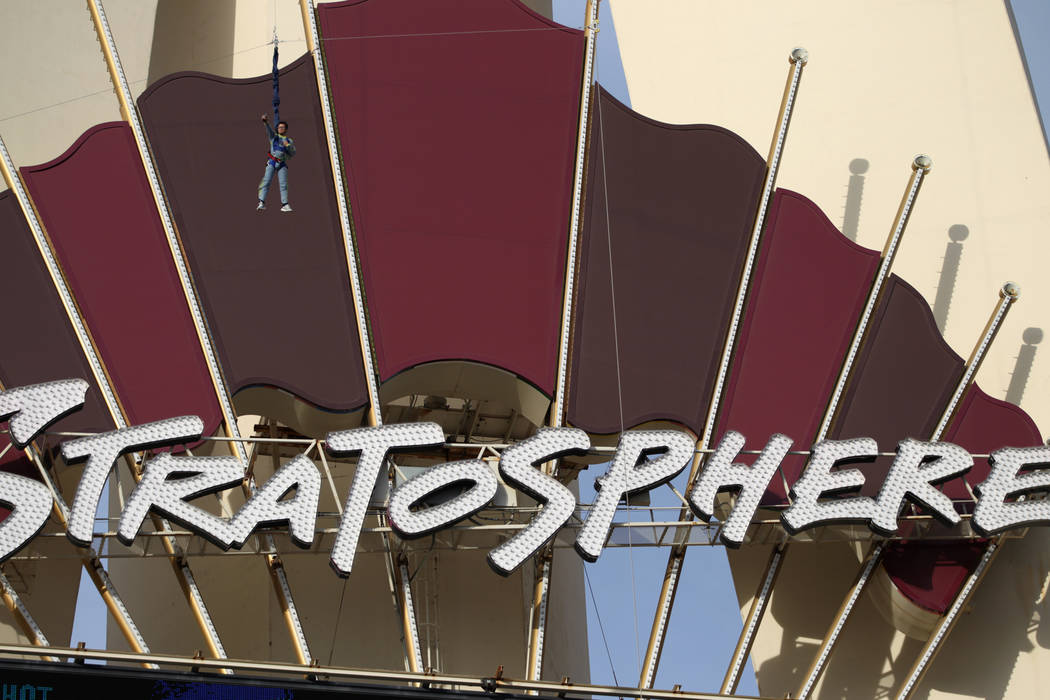 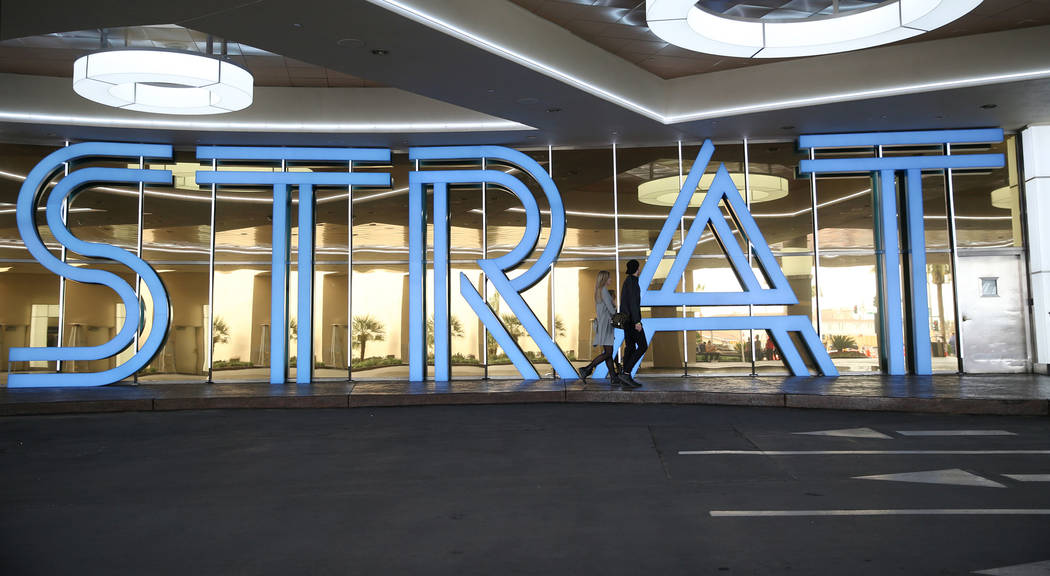 People walk outside of the Stratosphere and in front of the new Strat sign, as part of the rebranding of the hotel and casino, in Las Vegas, Friday, Feb. 1, 2019. Erik Verduzco/Las Vegas Review-Journal) @Erik_Verduzco 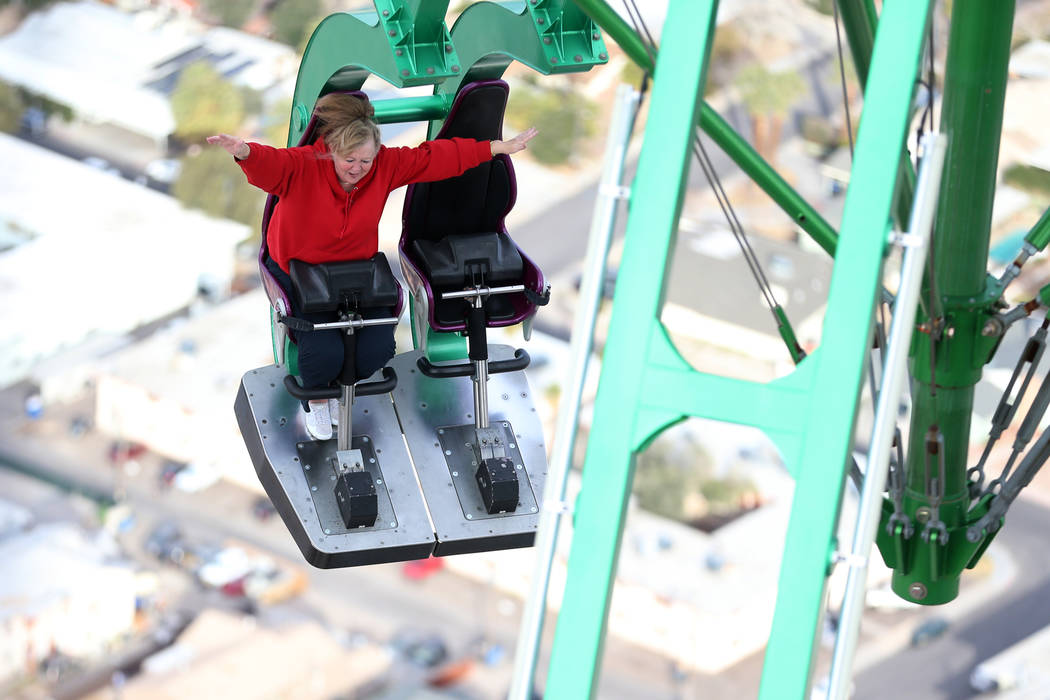 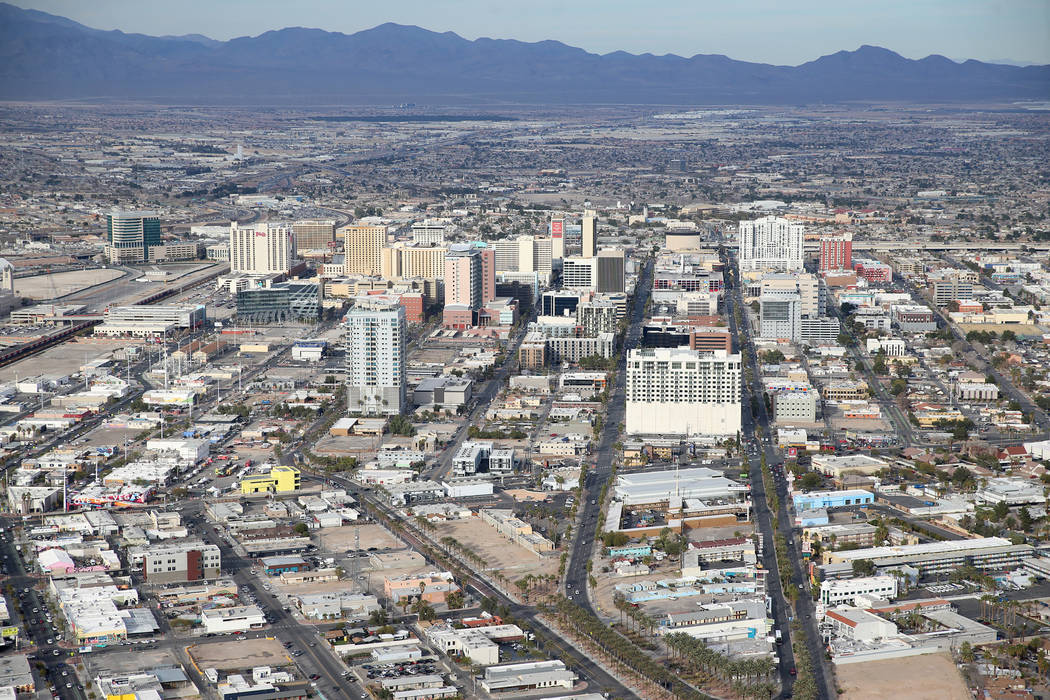 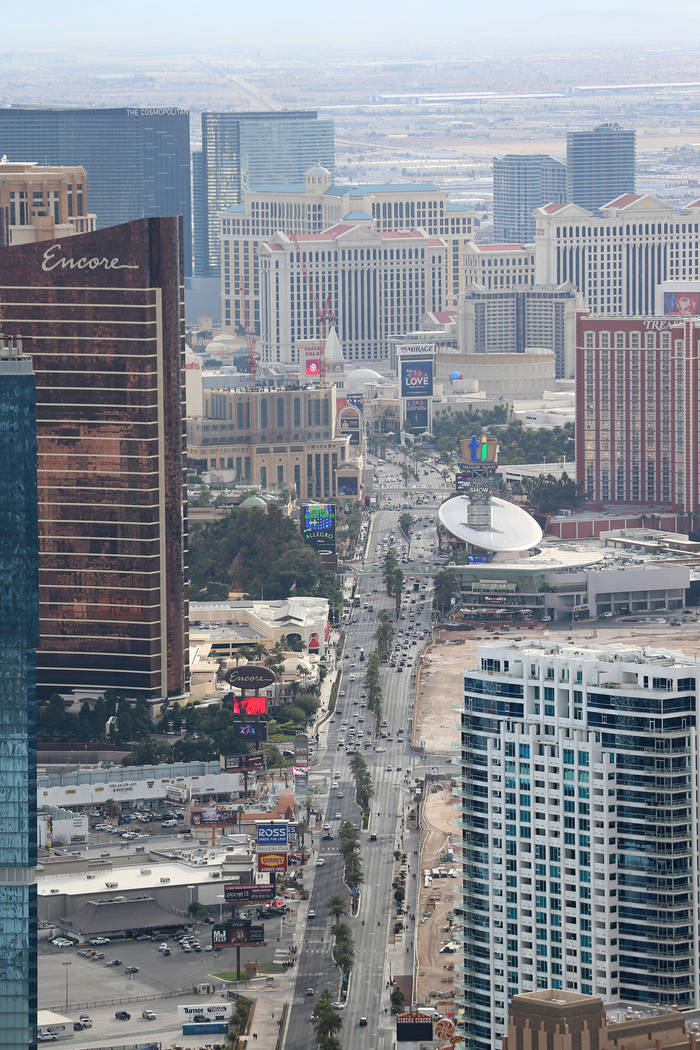 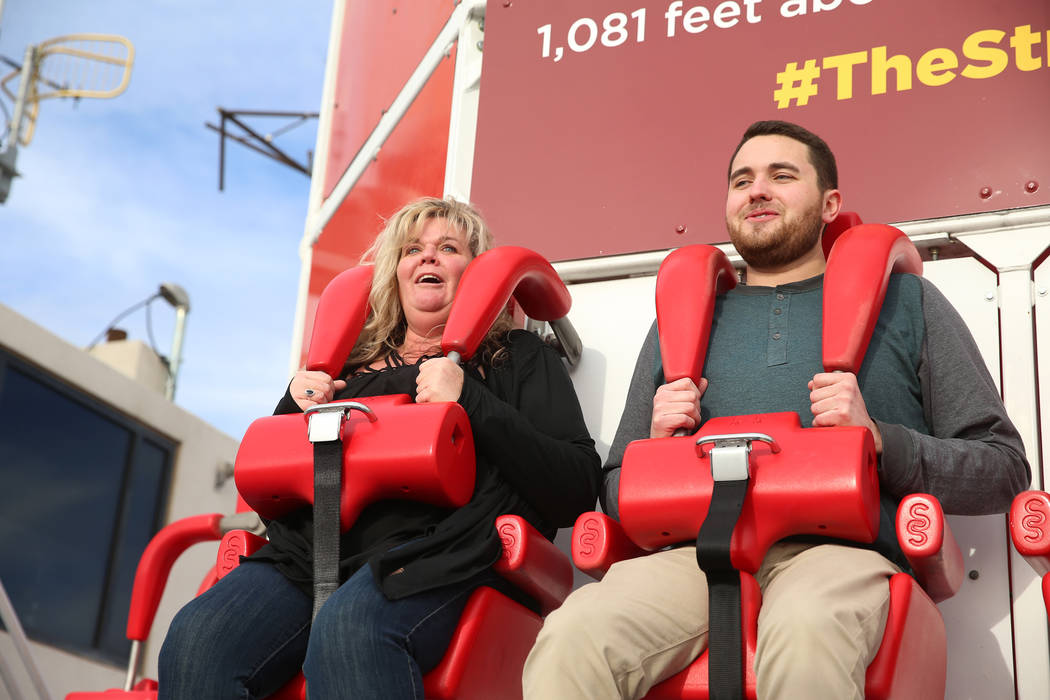 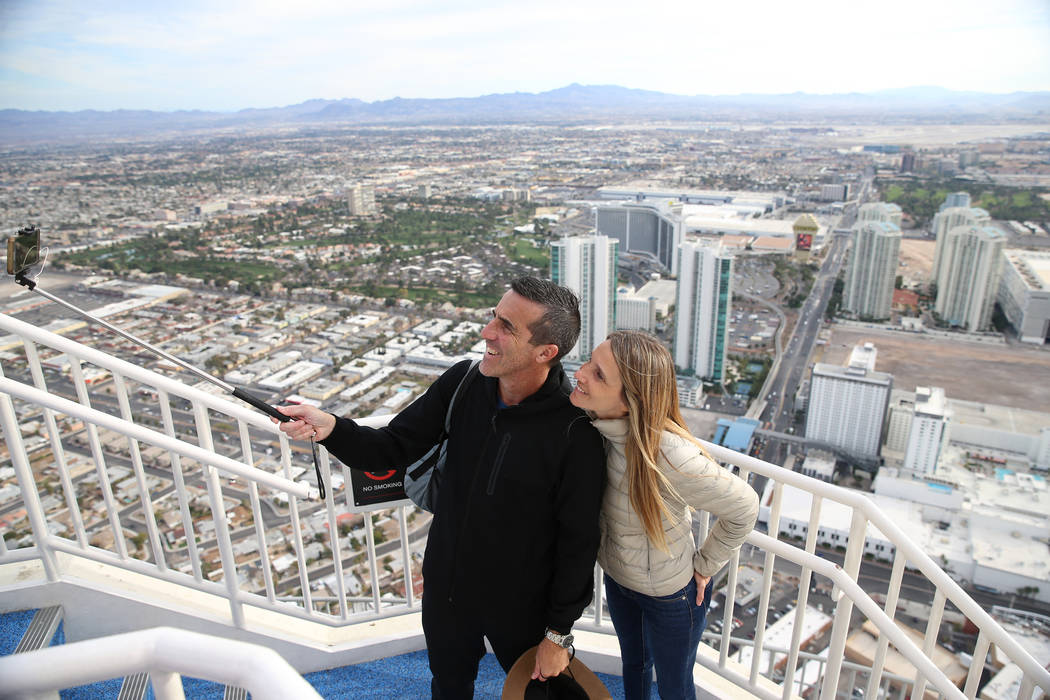 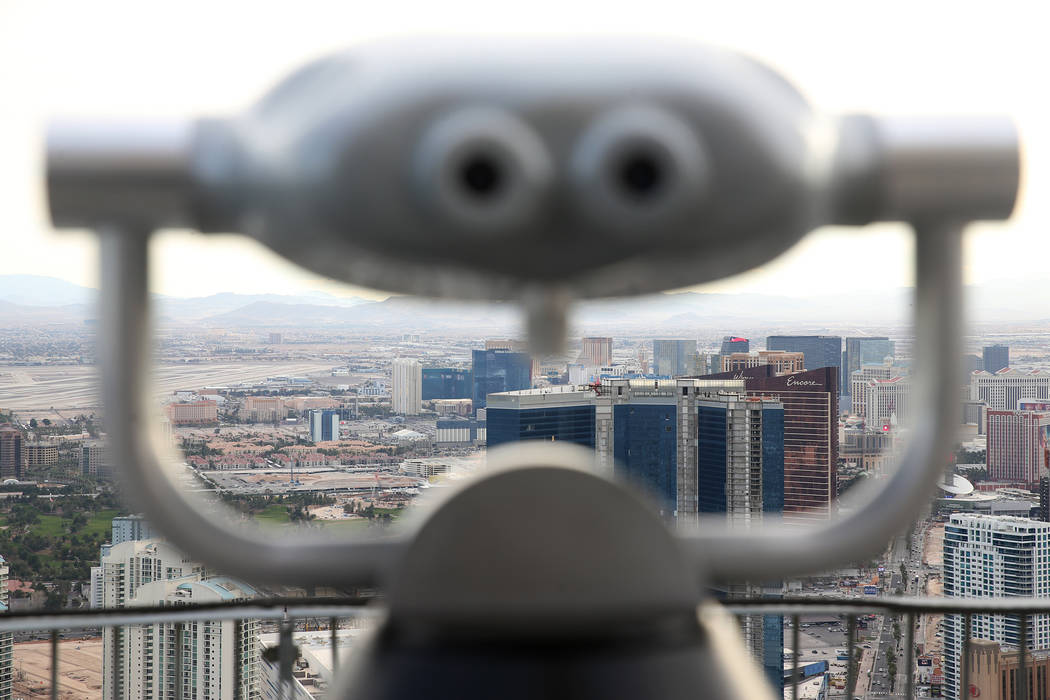 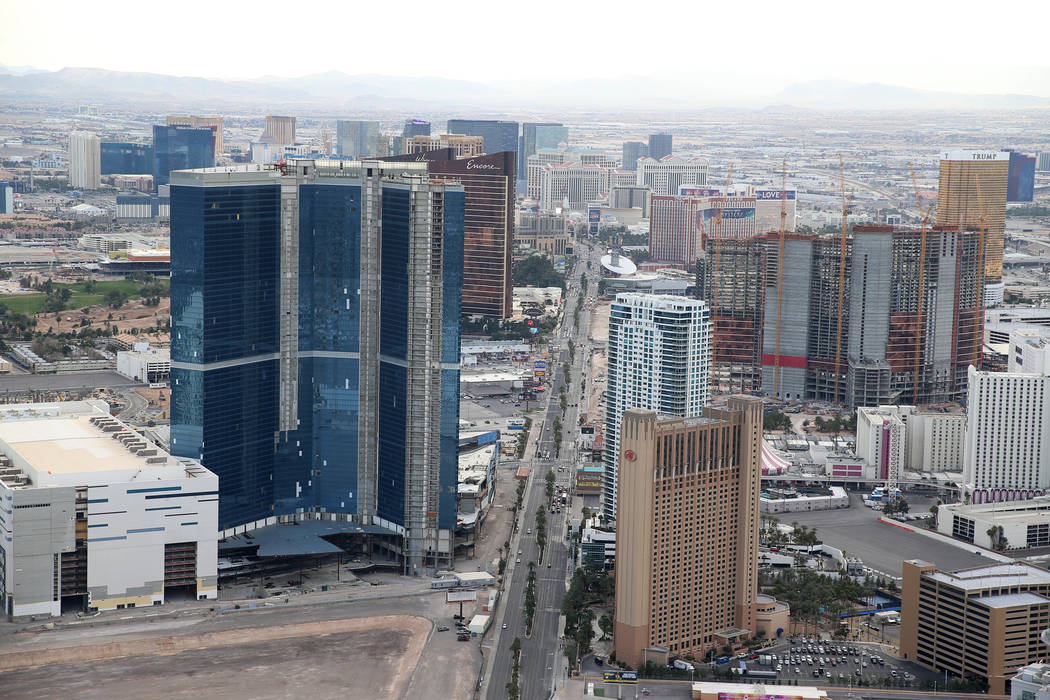 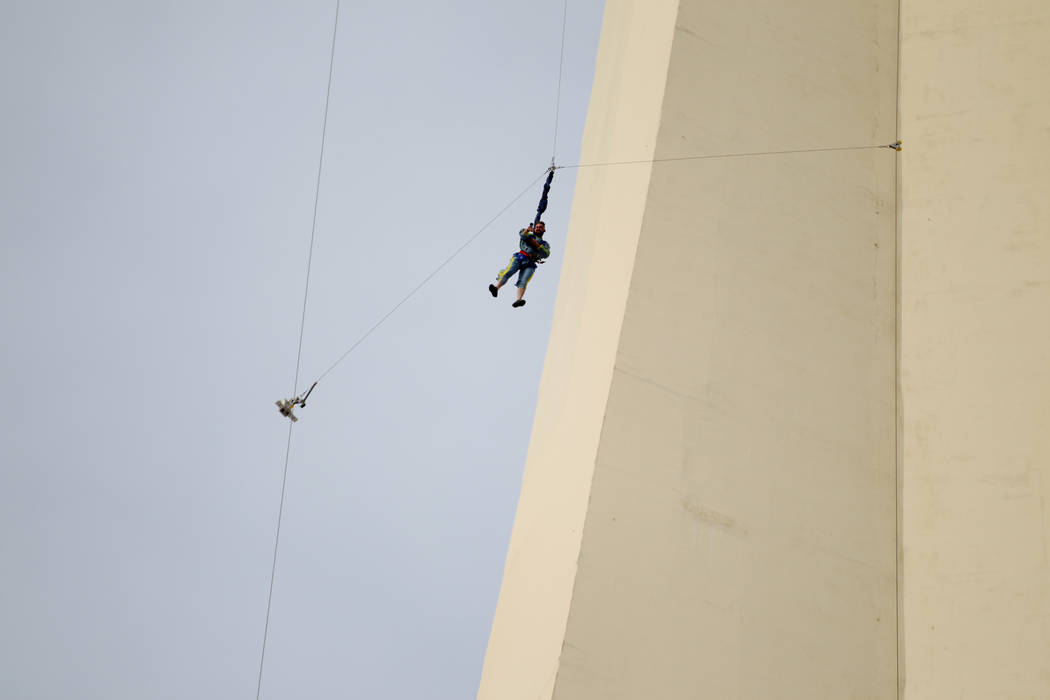 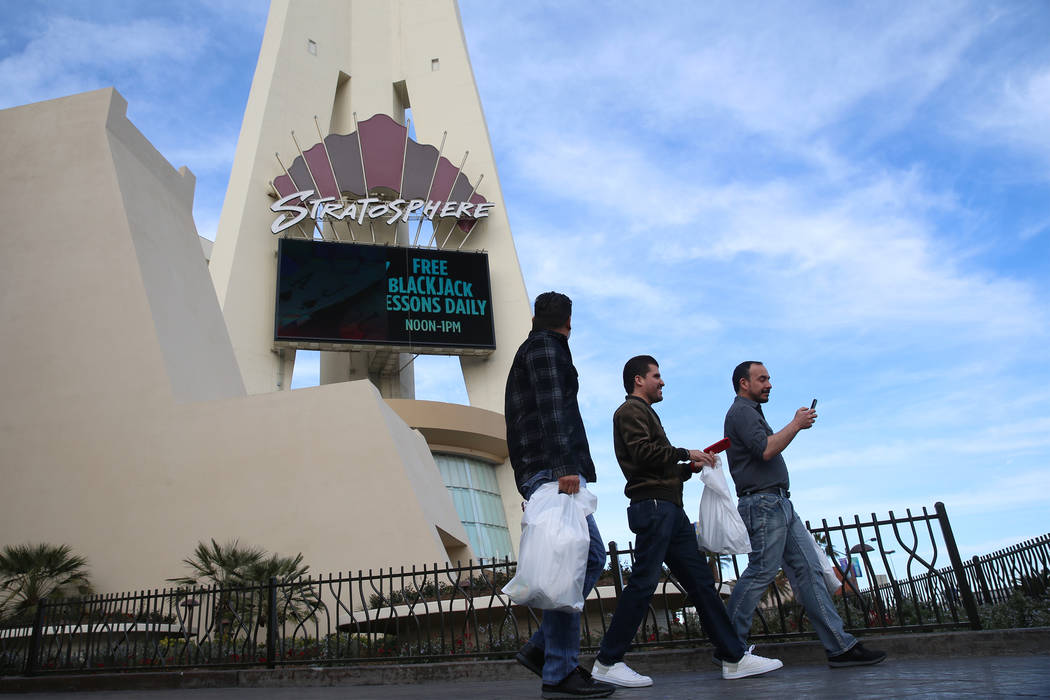 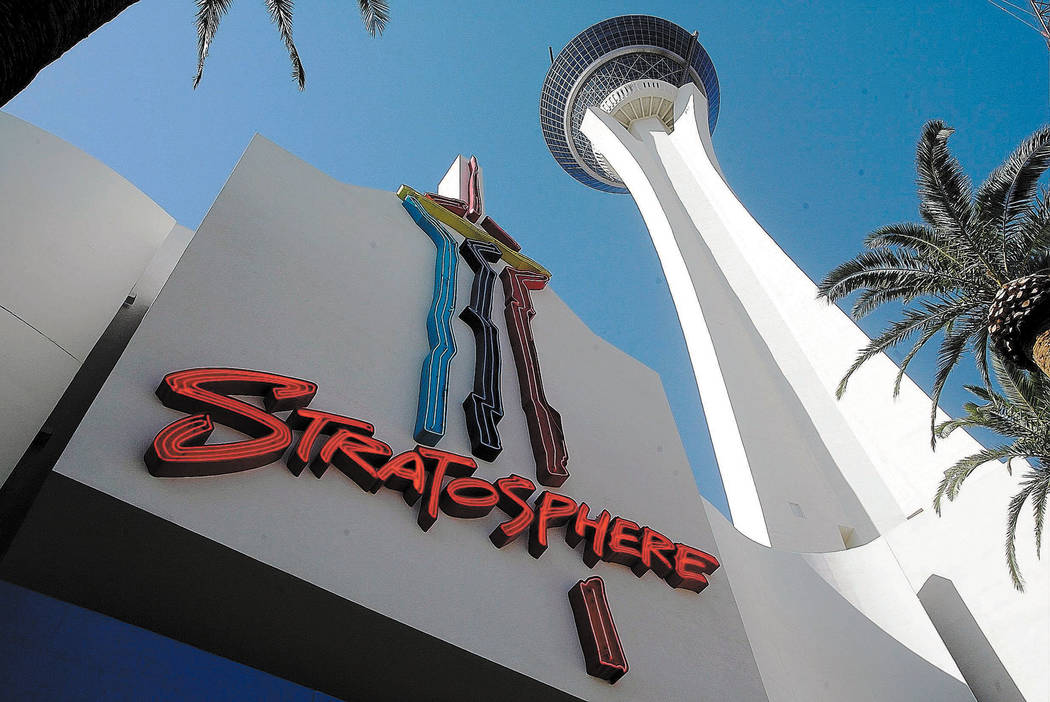 Golden Entertainment will rebrand the Stratosphere as it plows ahead with a $140 million upgrade of the iconic resort.

The 1,150-foot-tall property will be renamed The STRAT Hotel, Casino and Skypod as Golden seeks to create buzz around the resort’s new amenities and drive more traffic. The top three floors, including the rides and entertainment, will be called SkyPod.

Steve Arcana, executive vice president and chief operating officer of Golden, told the Review-Journal the company launched its upgrade of the property in August to address the Stratosphere’s “kind of outdated” feel.

Upgrades to all public spaces, including the casino floor, restaurants and entertainment, are expected to be completed by early next year, he said. Rooms will continue to be upgraded in stages over the next few years.

Golden will kick off a major marketing campaign for the rebrand Sunday, including local TV commercials during the Super Bowl, the most coveted advertising day of the year. An official date for the rebrand hasn’t been announced.

“What better way to start our ‘STRAT Rising’ campaign but to expose it on the Super Bowl?” said Arcana, adding that 300,000 tourists will be watching the game locally, in addition to Nevada residents.

The operator of PT’s pub bought the Stratosphere along with three other properties in 2017 for $850 million from a private equity firm.

The new marketing campaign “is to get people excited about what is being done at the Stratosphere,” said Arcana.

UNLV hospitality professor Seyhmus Baloglu said it can be difficult to change the perception of a property, but rebranding can “definitely play a role in creating a new perception.”

Part of a trend

Strip casinos have invested heavily over the past three years in upgrading their rooms and casino floors to address changing spending dynamics and tastes.

Properties are changing their color schemes and focusing much more on the quality of food and entertainment as gaming revenues stagnate.

Las Vegas properties invested $1.4 billion last year on upgrades, including their food and beverage offerings, and will spend $1.1 billion this year, according to the Las Vegas Convention and Visitors Authority.

Some operators are choosing to rebrand properties following an upgrade to create the sense of a new resort. MGM Resorts rebranded Monte Carlo as Park MGM last year, while Alex Meruelo may rebrand SLS Las Vegas as early as this year.

The Stratosphere has historically attracted crowds that come to look upon Las Vegas from the observation deck on the 108th floor. Golden said more than 1 million people visit the Stratosphere each year. But, many leave shortly thereafter to eat and play at other properties. Golden is aiming to change that dynamic and pocket more visitor spending with improved amenities.

“The rebranding is designed to create an experience throughout the entire casino property including rooms, food and beverage, casino floor so that visitation becomes a little more sticky and the property keeps people around a little bit longer,” he said.

The Stratosphere has recently introduced a new menu at its Top of the World restaurant, opened a 24-hour restaurant cafe and debuted 108 Eats by James Trees on the 108th floor.

“Food is a very important branding position for the company. The first thing we did was understand what food was lacking at the property,” Arcana said.

The Stratosphere will open BLVD Main Taphouse, View Lounge and an upgraded sportsbook in time for the NCAA basketball finals, one of the most popular events to wager on.

Taphouse will offer 20 craft beers and bar food, while View Lounge will serve up cocktails. The three venues will be connected, and the View Lounge will be slightly elevated and look out onto the casino floor.

“One thing about Golden is we know how to build bars,” Arcana said.

Arcana said the gaming floor will remain the same size, with the number of slots increasing 2 percent to about 765. Golden will update from 5 percent to 10 percent of the slot count each year with the latest games, he said.

The Stratosphere will add IGT’s electronic Dynasty game to the floor as well as create a gaming lounge dedicated to Aristocrat’s Lightning Link, one of the top-performing games in the U.S.

Golden has upgraded 310 rooms since August and will complete four to six floors, or between 240 and 350 rooms, a year. The Stratosphere has 2,427 rooms.

The last room renovation occurred around 2012 to 2014 and touched a few hundred rooms, Arcana said.

Prior owners invested little in the Stratosphere and did not build brand loyalty, said Chad Beynon, an analyst at Macquarie in New York. Golden is making progress in reversing that, he said.

“For years, the Stratosphere has served as a value dormitory for leisure customers. Now that Golden has applied some capital expenditure and significantly improved some of the room product along with internal concepts, we believe a rebranding and remarketing will drive solid returns,” Beynon said.