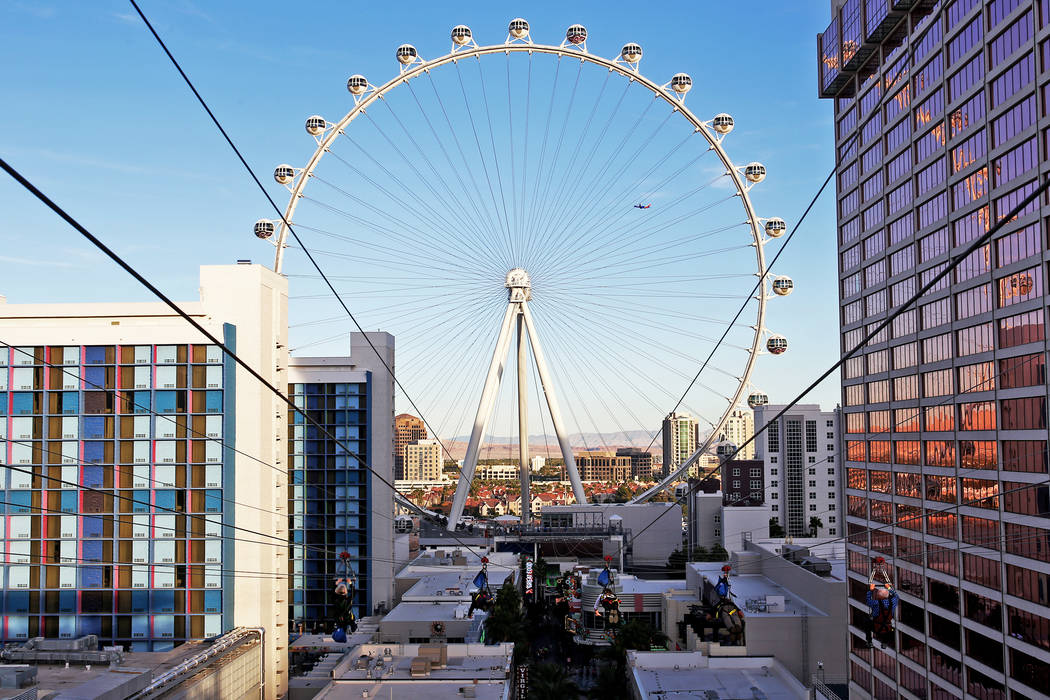 The Linq Hotel may be getting a virtual reality theater dome, according to the Clark County zoning meeting agenda.

Plans for the dome, filed Wednesday, detail a virtual reality entertainment venue within a 33-foot-tall dome.

“Las Vegas continues to remain at the forefront for new and exciting experiences and attractions,” The Linq Hotel said in the document. “Other similar venues along the Las Vegas Strip have given an increase in interest for unique attractions like the proposed project.”

The dome “will feature a combination of productions that are cinematic and will have an average run time of 8 to 10 minutes for each showing,” according to documents.

Plans also include a second 17-foot-tall “ticket dome,” which would serve as a ticketing, merchandise, point-of-sale and concessions area.

Both domes would be built on the Linq’s third-floor deck and would have an animated wall sign projected on the exterior, as well as LED lights surrounding the perimeter of the two domes.

“It’s a matter of identifying new customer groups and providing them with experiences that they can’t get elsewhere, which has been a hallmark of the Las Vegas experience for 30 years,” he said.

Pirosch pointed to the construction of convention space, arenas, ziplines and more across the valley.

“Virtual reality is a hot new thing and if this works, you’ll definitely see more of it,” he said. “They’re just trying to find the next new thing, and they’re going to keep at it until they get it.”