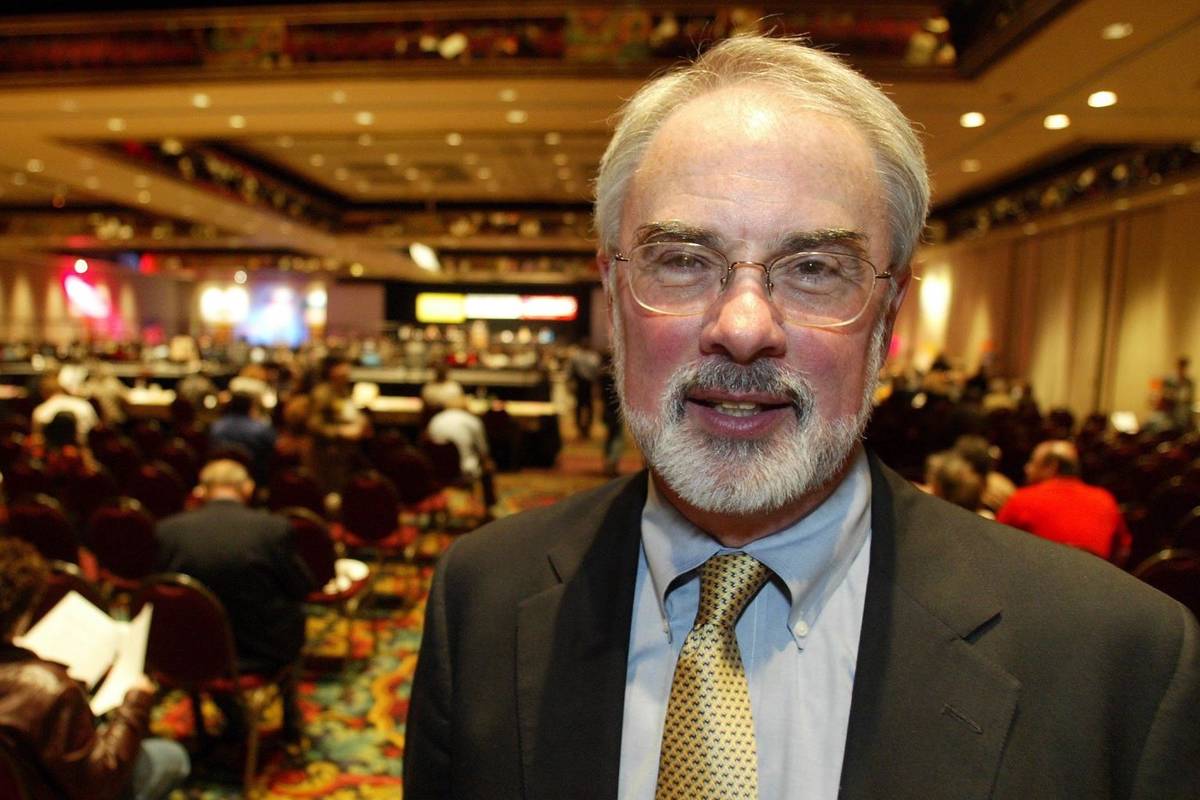 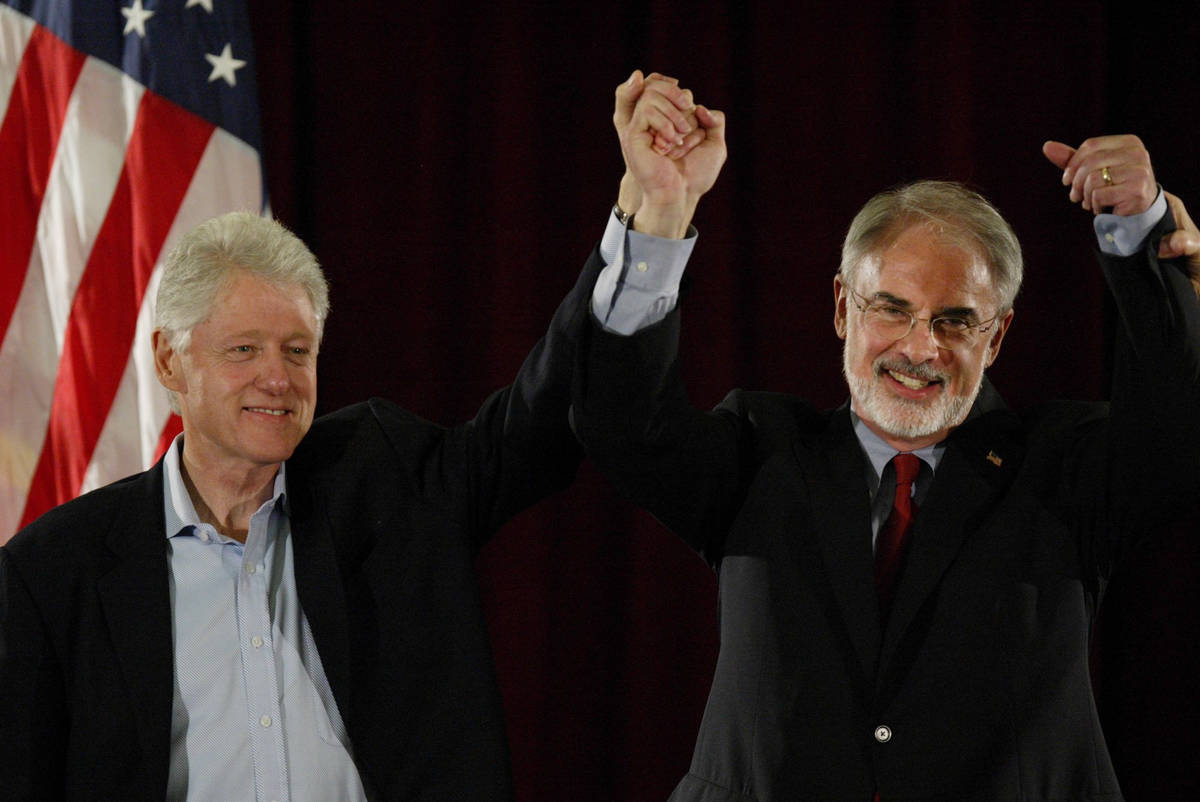 Thomas Gallagher wore many hats throughout his life and could spin a heck of a yarn from any one of them.

His fingerprints are all over Nevada, but he was never the type to be taken with his titles, according to Jan Jones Blackhurst, who worked with him when they were casino executives at different companies.

Gallagher died Thursday at UCI Medical Center in Irvine, California, from complications due to cancer, according to his family obituary. He was 76.

“We should all strive to be like Tom Gallagher,” Jones Blackhurst, now a Caesars Entertainment executive, said Monday.

Gallagher was born Dec. 10, 1944, in Michigan and grew up in Detroit. He was the oldest of eight children born to Edmund and Monica Gallagher, the obituary said. He graduated from College of the Holy Cross and Harvard Law School.

His career in law and business spanned three decades. Along the way he served as chief legislative counsel for former U.S. Sen. John Tunney in the early 1970s, partner for 20 years in the Los Angeles-based law firm Gibson, Dunn and Crutcher, and lawyer for entertainment giant Merv Griffin in the late 1980s.

He later became the president and CEO of Griffin Group, which included Griffin’s broad portfolio of hotel, gaming, media and entertainment businesses, the obituary said. Gallagher held several executive titles at various hospitality companies until 2000 when he became CEO of Park Place Entertainment, which would be renamed Caesars Entertainment a couple of years after he left the company in 2002.

“Caesars Entertainment is saddened by the loss of Tom Gallagher,” a spokesperson said in a statement Monday. “Gallagher led the company … during incredibly difficult times including Sept. 11, and even post his time with us, continued to contribute to the growth of Nevada and its communities through education, philanthropy and more. The legacy he leaves behind is one we are proud to be a part of and our hearts are with his family.”

Jones Blackhurst said Gallagher would prioritize hiring and promoting women and people of color at a time when the corporate world paid little mind to staff diversification. She said she worked with him in philanthropic initiatives and as a “shadow cabinet” adviser during his bid for U.S. Congress as a Democrat in 2004; he lost to incumbent GOP Rep. Jon Porter in District 3.

“Even though he didn’t win that election, all of the things he learned, that he believed were important about why he was running for office, he kept doing them. He just did them as a man, not as a congressman,” Jones Blackhurst said. “To me, that’s the kind of people we should be electing.”

“Nevada has lost an inspirational leader,” Porter said in the statement. “While Tom Gallagher made an impact on the world stage, he never lost sight of Nevada as evidenced by the many contributions he left as his legacy – his passion for this state, its communities and people will not be forgotten. Most of all, Tom was kind and generous and I’m proud to call him a friend. My heartfelt condolences to his family.”

It was on this campaign where Gallagher bonded with Roberta Lange, then a campaign staffer, now a state senator.

He was a larger-than-life figure, she said, yet someone who could walk into an employee dining room at a Caesars property (as Lange recalls from the campaign) and everybody knew him from his daily visits as CEO. Gallagher would become a mentor, sounding board and honorary family member to Lange — he bestowed the nickname “home run” upon Lange’s son when he played peewee baseball as a kid.

“You wonder sometimes why the good people have to leave us. And he was one of those good people,” said Lange, a Democrat of Las Vegas.

The two talked on the phone or shared a meal nearly every day for 18 years, Lange said. He challenged her and others to do more and better in their lives.

“I remember the day I told him that I was going to run for senate,” she said. “And he said to me, ‘What took you so long? Finally.’”

She won a primary election last June and the general election in November. Again they spoke. “He called me when I was in my office that day, and he goes, ‘Well, tell me how it is.’ And I said, ‘I’m sitting at my desk. And I feel like this was where I was always supposed to be.’”

He co-founded the Guinn Center for Policy Priorities and served on the boards of other nonprofit groups including the Black Mountain Institute at UNLV and Las Vegas’ local PBS station. He was also a trustee for the Desert Research Institute Foundation and the UNLV Foundation.

Gallagher stood out with “his commitment to making conversation possible, to being open to new ideas, bold ideas, in terms of in terms of public discourse,” said Michael Ursell, director of external relations at the Black Mountain Institute.

He committed to promoting democracy, bipartisanship and the exchange of ideas through his, said Nancy Brune, executive director at the Guinn Center. It was Gallagher who picked former Gov. Kenny Guinn as the bipartisan research group’s namesake because he embodied the values Gallagher sought to advance, she said.

“He brought the standard of excellence to everything that he touched,” Brune said.

In 2017, Gallagher joined UNLV as an adjunct faculty member and taught business law and ethics. Though he was not a professor, he sure seemed the part, said Bo Bernhard, executive director of UNLV’s International Gaming Institute. Gallagher stood out among CEOs as a “champion in the trenches” for his community who would make time for others to pick his brain.

He clearly loved teaching and mentoring students by talking about his own “varied and fascinating” career path, added Nancy Rapaport, a UNLV law professor who taught a class in “corporate scandals” before Gallagher did.

“His stories were legendary,” she said. “He just he could pull you in, and it was as if you were there living the moment with him.”

He cared deeply about education and would’ve made a great professor, said Alan Feldman, distinguished fellow of responsible gaming at UNLV’s gaming institute. Gallagher recognized that a good idea could come from anyone or anywhere and wasn’t afraid to learn something new.

“He was very smart but did not need to be the smartest man in the room — nor did he need to prove that to anybody,” Feldman said.

UNLV President Keith Witfield tweeted a statement Monday about Gallagher’s death: “On behalf of the @UNLV community, we send our condolences to the family of Tom Gallagher. We were saddened to learn of his passing, & UNLV will never forget the impact he had here & in Southern NV. Our hearts go out to his wife, family, & loved ones during this difficult time.”

Gallagher is survived by his wife, his four adult children, seven grandchildren, seven siblings and many nieces and nephews. He was preceded in death by his parents and a granddaughter.

He will be cremated in Orange, California, and a mass will follow at a later time, the obituary said. His loved ones asked for donations in his name to the Desert Research Institute in Reno in lieu of flowers.