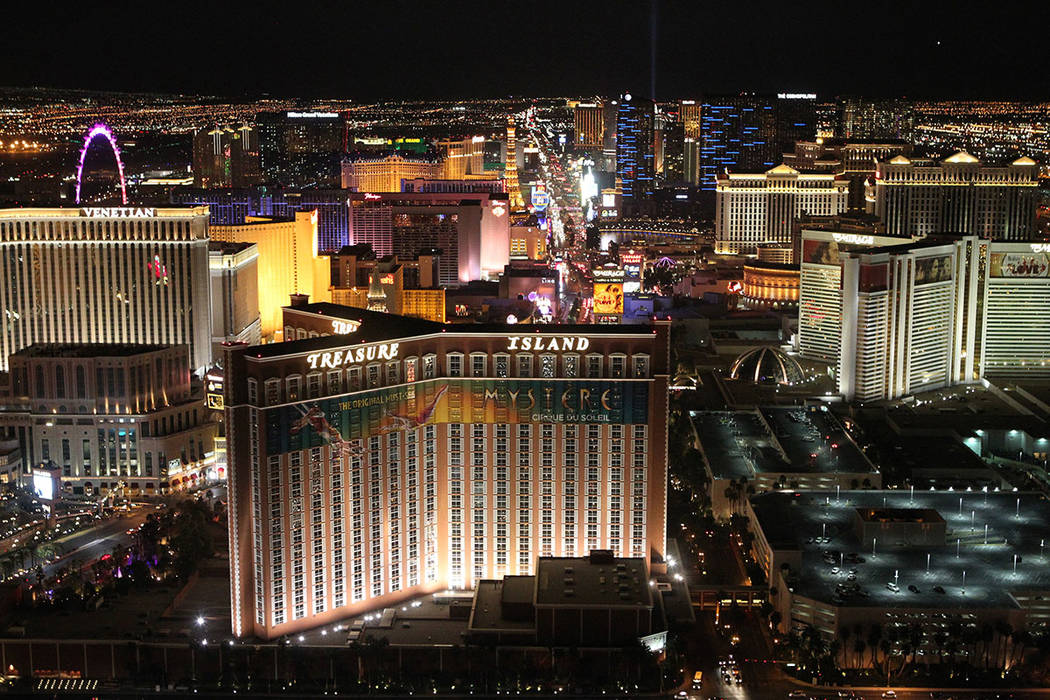 The Strip is seen in this view from the rooftop of the Trump International. (Erik Verduzco/Las Vegas Review-Journal)

Steve Wynn, the former chairman and CEO of Wynn Resorts Ltd., topped the list with $34.5 million in cash and stock.

MGM Resorts CEO Jim Murren collected $14.6 million and was the only one among the four top casino executives to see a drop in compensation from 2016.

Murren’s compensation still beat the median pay package for CEOs of U.S. public companies, which was $11.7 million, according to Equilar.

Las Vegas casino operators are coming off a strong year driven by revenue growth in Macau and at home. That helped the companies achieve earnings targets that triggered executive bonuses. Executives often receive the majority of their pay in stock.

Sinatra, Wynn Resorts’ general counsel and one of the most powerful women in the industry, earned $13.2 million, about five times the average for people in a similar position, according to Equilar.

Maddox, who was president of Wynn Resorts last year, earned more than Goldman Sachs CEO Lloyd Blankfein and Bank of America CEO Brian Moynihan, both of whom took in slightly less than $22 million.

The improving fortunes at Las Vegas casino operators hasn’t gone unnoticed by workers. Culinary Local 226 and Bartenders Local 165 are seeking a pay raise as they negotiate a new five-year contract with several casino operators, including Caesars, MGM and Boyd.

Resort workers will not be “left behind” as companies make “record profit,” Geoconda Argüello-Kline, secretary-treasurer for the Culinary union, said in a statement this month.

Union workers this week gave their negotiators the right to call a strike at 34 resorts if they don’t reach an agreement with operators.