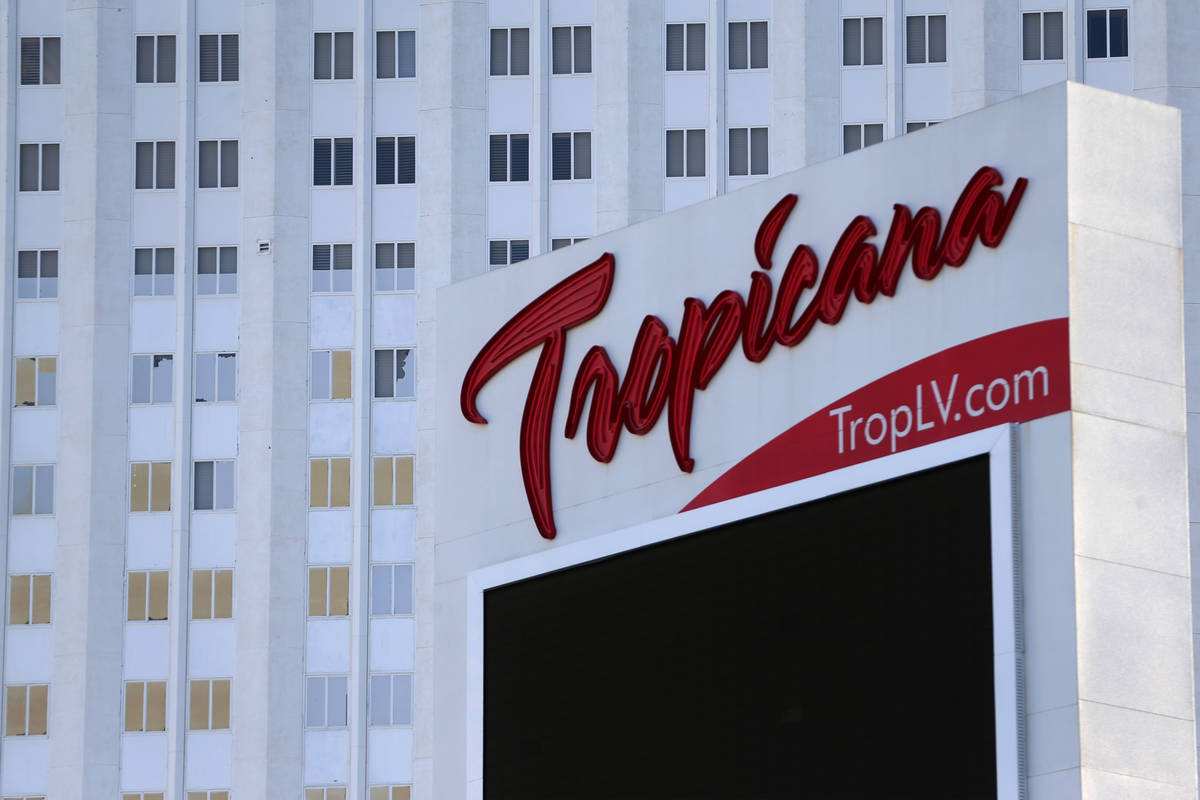 Executives with Gaming and Leisure Properties Inc., the real estate investment trust affiliated with regional casino giant Penn National Gaming, say they plan to be patient with the planned sale of the Tropicana.

In a conference call with investors to discuss GLPI’s second-quarter earnings Friday, Chairman, President and CEO Peter Carlino said the company would entertain all kinds of proposals from suitors. Steve Snyder, the company’s retiring executive vice president and chief financial officer, said the company recognizes the value of the asset.

“I would make it clear that these 35.1 acres are Strip frontage,” Snyder said in response to an inquiry from an investor. “Others talk about ‘Strip proximate.’ There’s nothing ‘proximate’ about being at the corner of Las Vegas Boulevard and Tropicana Avenue. This is the corner of Main and Main. You know everything that’s going on down there with respect to the stadium opening and everything else. It’s really a matter of being patient and letting Las Vegas come back to some feeling of normalization.”

Wyomissing, Pennsylvania-based GLPI acquired the real estate beneath the Tropicana from Penn National Gaming on April 16 for $307.5 million worth of rent credits and is leasing it back to Penn, which has plans to reopen the property Sept. 1. Penn also owns and operates the M Resort in Henderson.

“There have been folks that have been making inquiries because this has been an ongoing process in spite of the Las Vegas Review-Journal just sort of suggesting that it’s just been listed,” Snyder said. “We stepped into Penn’s shoes in this process, and they had started this process well over a year, year and a half ago. It is something that will continue with the goal being maximizing value toward GLPI.”

“Anytime it feels like we’re at the bottom and it’s the end of the world, that’s generally when buyers come out and at least have conversations with the holders of some of these assets,” Macquarie Group casino analyst Chad Beynon said this week about continuing demand for Las Vegas properties during the pandemic.

Carlino said any deal could take many forms.

“As things settle out, and they’re certainly not settled in Las Vegas right now, it’s hard to guess (what type of deal will be made),” Carlino said. “We’ll do whatever makes economic sense for this company, period. We’ll look at every opportunity, all opportunities, partial sales, parts of sale lease-backs, ground leases. You can go through a litany of things that we’re open to and and even are having some discussions, albeit early, that will lead us to the right answer.”

GLPI’s agreement with Penn on the Tropicana includes a nominal annual rent and Penn will continue to operate the property for two years, subject to three one-year extensions at GLPI’s option, or until the Tropicana is sold, whichever comes first. The lease is a triple-net lease relieving the company from carrying and other costs at the property during the lease term.

GLPI is primarily affiliated with Penn on its real estate deals in its 45 casino properties in 16 states. But it also holds the real estate for five Caesars Entertainment properties and four with Boyd Gaming Corp., both primarily regional gaming companies like Penn.

Earlier in Friday’s earnings call, Carlino said he was confident that regional casino companies would bounce back much faster than destination resorts in cities like Las Vegas.

“This is probably the best time for me to say what I’ve been saying for years, and that is my belief that the real strength of our industry lies with the regional properties, not on the Las Vegas Strip,” he said. “I’m not suggesting that Vegas properties aren’t extremely valuable. They are. But I want to make the case — and I think this demonstrates it — that regional properties have long been undervalued, and we deserve equal or even greater appreciation for that.”