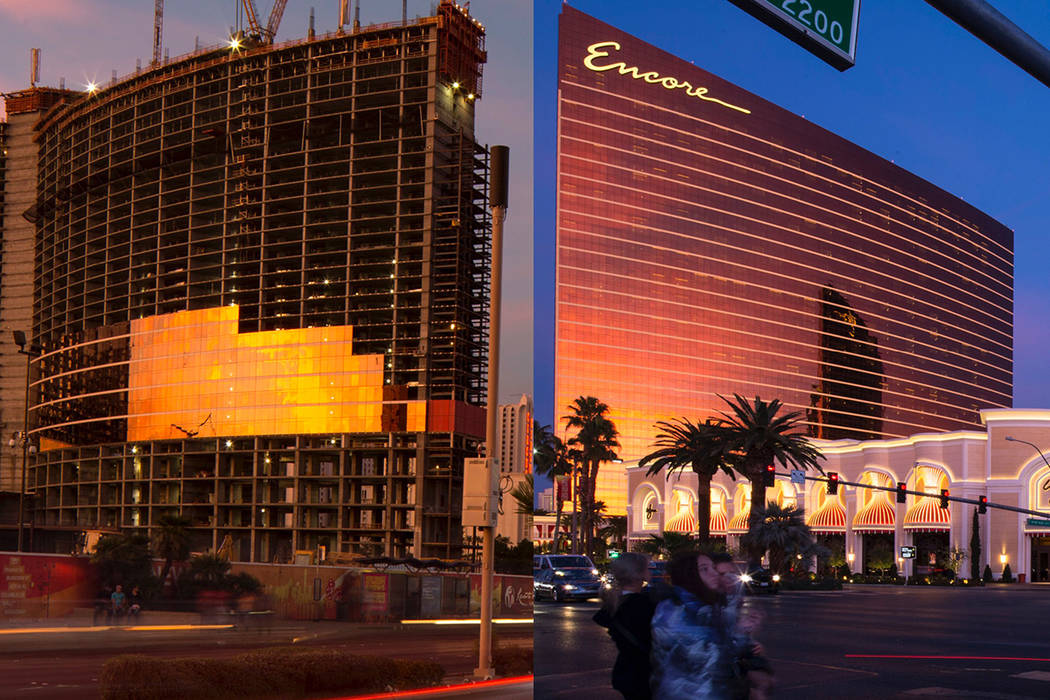 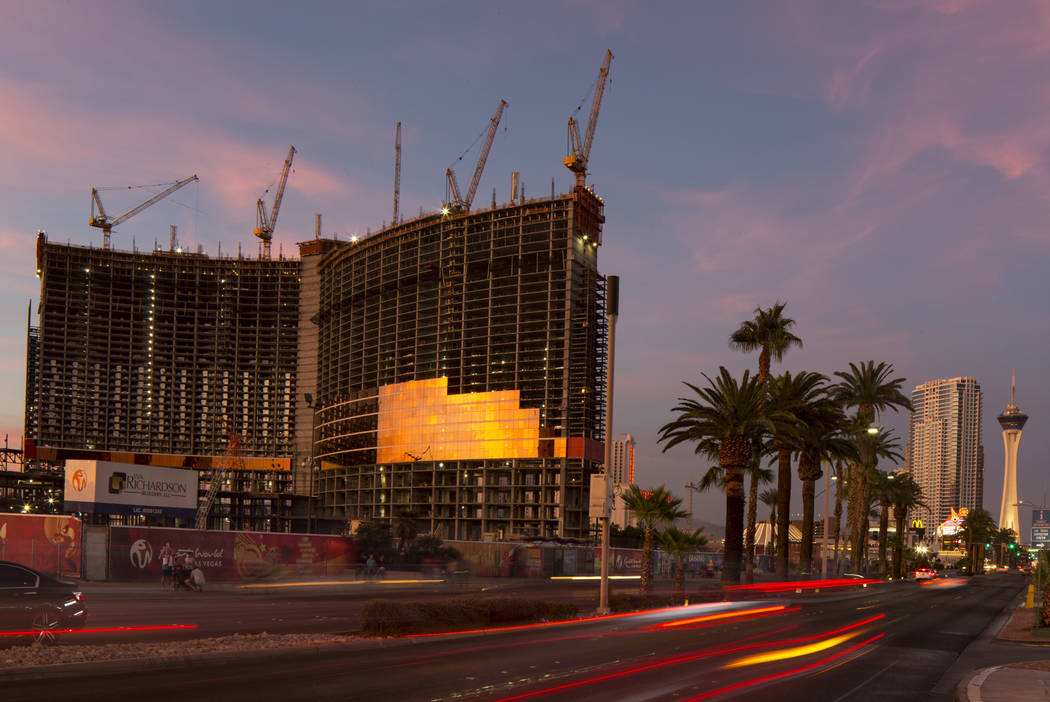 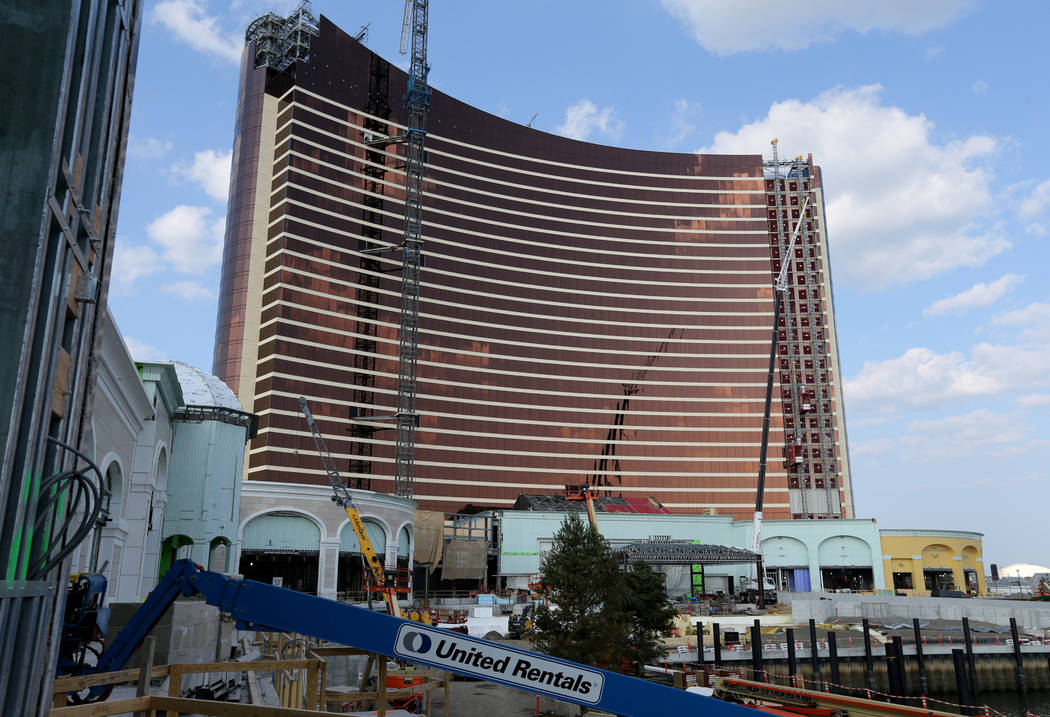 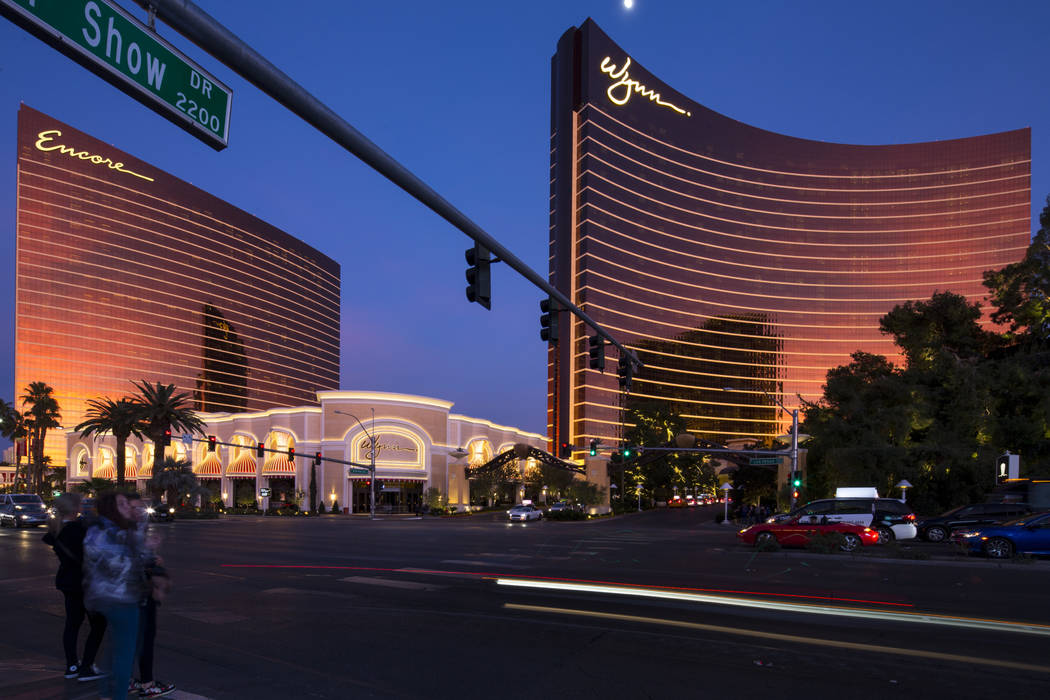 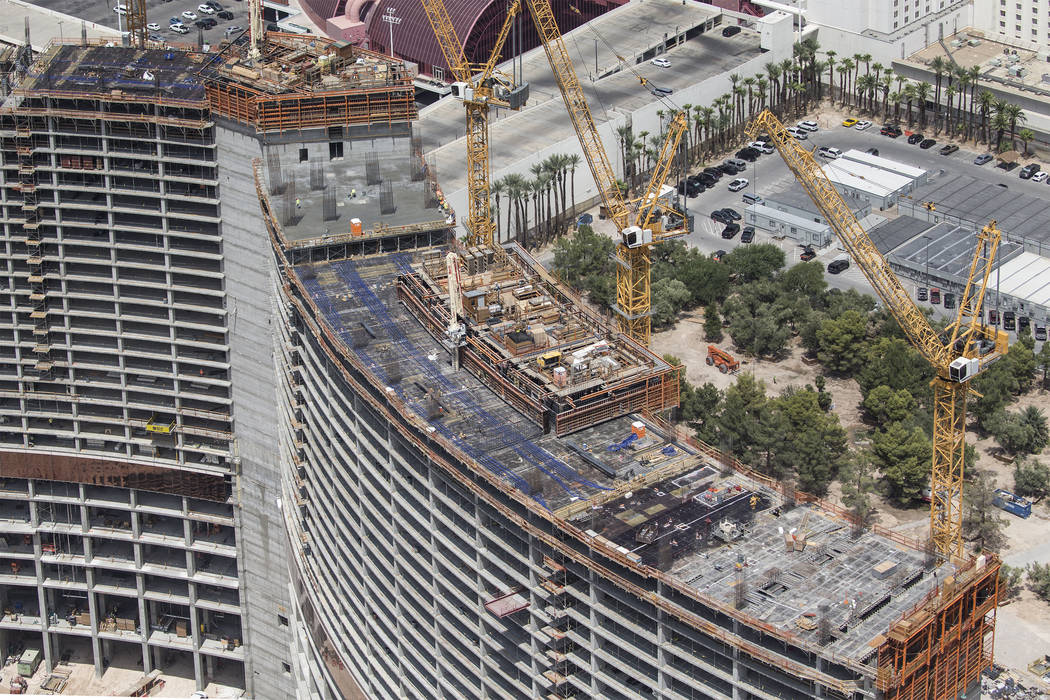 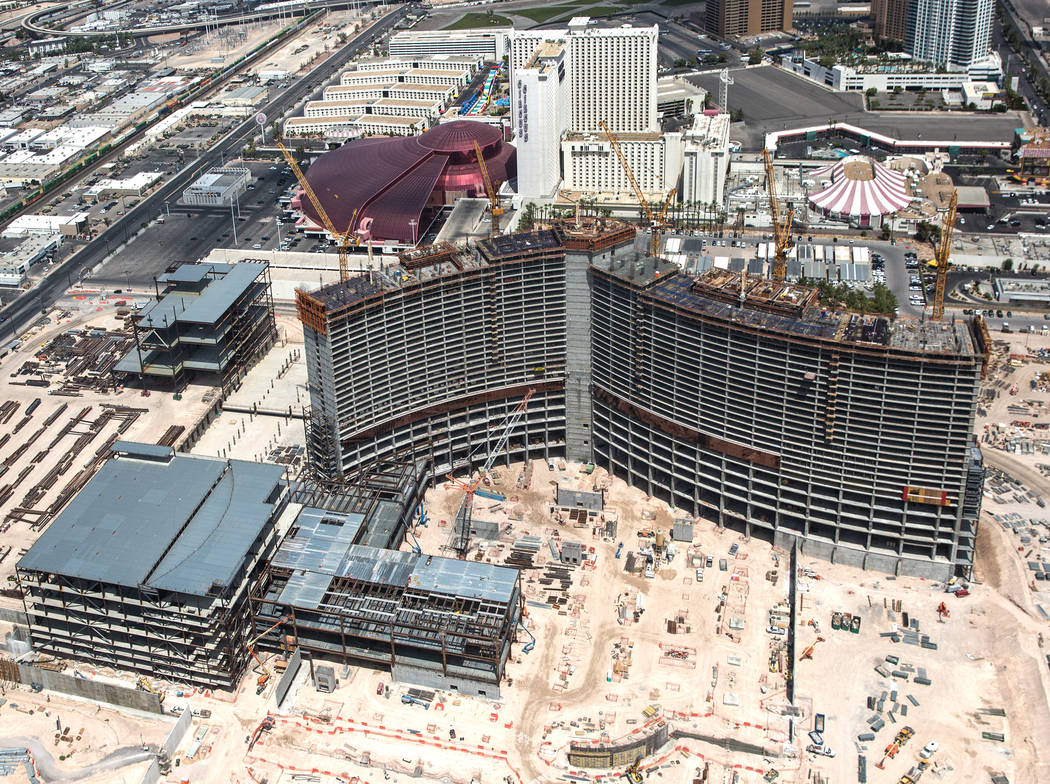 Representatives of Wynn Resorts believe the Resorts World property being built across the street looks a lot like Wynn Las Vegas and Encore.

The company filed a five-count trademark infringement and unfair competition lawsuit Friday against Resorts World Las Vegas LLC, which is building the $4 billion, 3,000-room resort on 87 acres and due to open in late 2020.

The filing in U.S. District Court of Nevada in Las Vegas includes several photographs of Wynn Las Vegas, Encore and Wynn Macau and the under-construction Resorts World Las Vegas on the North Strip across Las Vegas Boulevard from the Wynn properties.

At issue is the similarity of the architectural trade dress of the buildings. On properties in Las Vegas, Macau and Everett, Massachusetts, Wynn has used a concave facade with curved bronze glass coupled with horizontal cream-colored banding above and between the lines of glass panes.

Representatives of Resort World declined comment on the lawsuit Monday.

Wynn is seeking an injunction prohibiting Resort World’s use of Wynn’s trade dress as well as an order requiring Resort World to “remove any materials or goods that constituted infringing trade dress from its Resorts World Las Vegas hotel and casino that is currently under construction.”

Wynn also wants to be awarded any profits resulting from the use of the colors and architectural style as well as exemplary and punitive damages.

In the lawsuit, the company said the use of the trade dress is “likely to cause confusion, to cause mistake or to deceive” the public.

Design can be protected

An expert in copyright law said building design can be protected, but Wynn would have to prove the design confuses the public.

“You can, in fact, copyright the design of a building as an architectural work,” said Mark Lemley, director of Stanford University’s program of law, science and technology.

“Wynn might have a trademark claim if it can show that people associate that design exclusively with them and that seeing a similar building serving a similar purpose will confuse consumers into thinking this, too, is a Wynn hotel,” he said.

Lemley said Wynn would have a strong case if the building was an exact copy — but it isn’t exact.

“The court will have to decide not just whether the buildings are similar but whether those similarities reflect creative new expression rather than something well known in the architectural community,” he said.

While intellectual property and trademark protections are used all the time in connection with Las Vegas resort marks and symbols, rarely are they the subject of lawsuits involving the architectural design of buildings.

A dispute over the look and design of a resort developed in the Philippines by Kazuo Okada, a former business partner of Steve Wynn, was one of the factors cited in litigation between Wynn and Okada in 2012.

Wynn Resorts agreed to settle its legal disputes with Okada’s Japan-based Universal Entertainment with a $4.2 billion payment announced in March.

Wynn Resorts vs. Resorts Wo… by on Scribd