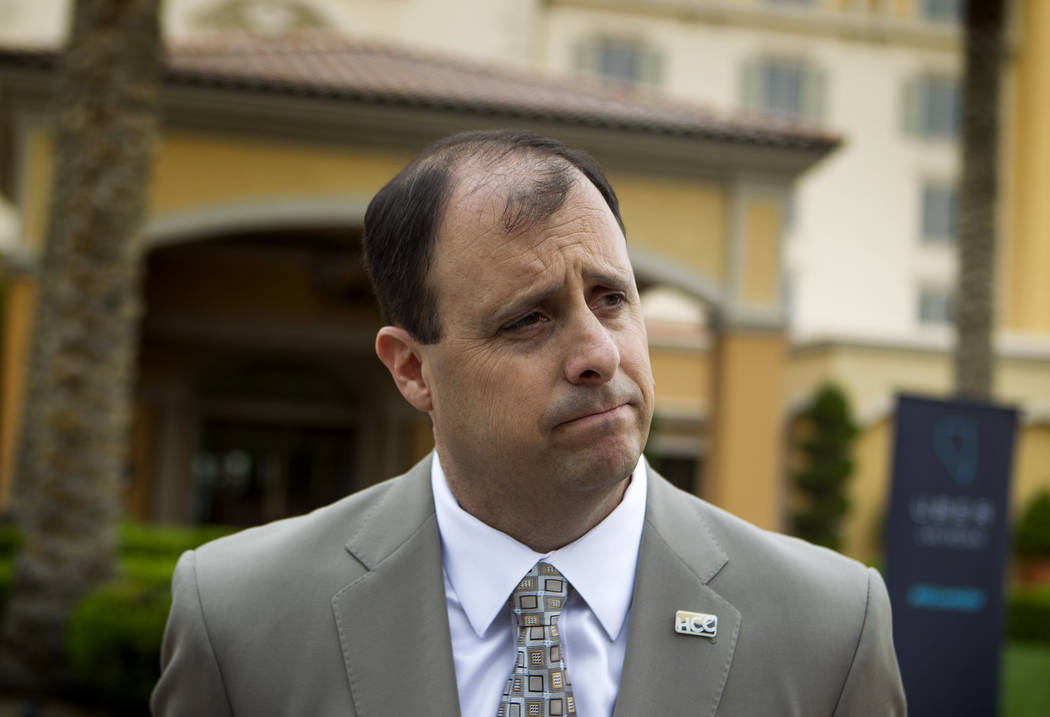 Despite criticism of the so-called association health plans available to small businesses or groups of 50 employees or members or less, brokers say the offerings aren’t just comparable to those sold on the exchanges created by the Affordable Care Act — in some cases, they’re better.

Members of the Latin, Henderson and Boulder City chambers of commerce will be able to choose between 10 HMO, Preferred Provider Organization and point-of service health plans when the next enrollment period begins on Sept. 1. The Las Vegas Metro Chamber of Commerce previously announced its intention to offer an association health plan but is still finalizing details.

The plans, available under a rule announced by the Trump administration in June and sold through UnitedHealthcare’s Health Plan of Nevada and Sierra Health and Life, will be “very comprehensive” and compliant with ACA rules, countering criticism that the rule could create a market of skimpy plans with limited benefits, Henderson Chamber President Scott Muelrath said Thursday.

“Those (skinny) plans we did not want to incorporate into our offering,” Muelrath said. “They could have very, very attractive price points, but it could lead to consumers not understanding what they exactly purchase.”

While monthly premiums will vary by business and will probably be age-rated, according to one expert, out-of-pocket maxiumum expenditures range from $3,500 for one PPO option, to $6,850 under five of the HMO options and one point-of service option.

Hot topic items like pre-existing conditions, maternal and mental health care and prescripion coverage, all ACA-mandated essential health benefits, will be covered under the plans. And at a competitive rate, too, said Jenny Mursch, a licensed insurance agent and chief operating officer for Nevada Benefits, a Las Vegas-based insurance broker agency.

“I can say in absolute they look like very decent plans,” Mursch said. Emergency costs equal a person’s deductible plus an extra flat fee of $200 to $1,000 depending on the plan, X-ray and lab costs start at $10 and are capped at $30, and urgent care co-pays are $40 and under.

Some of the plans even cover infertility treatment, which surprised Mursch. “That’s kind of crazy,” she said.

The outlier is the health savings account PPO offering, which has a $3,000 deductible before insurance kicks in to cover 80 percent of costs. Those plans are rarely chosen, Mursch said.

Quoted rates will be fixed for two years as part of UnitedHealthcare’s agreement with the chambers, Muelrath said.

Dental and vision coverage will be available for purchase separately, according to a plan breakdown.

Brokers were told they can start providing quotes to chamber members Thursday. Even with ACA-compliant coverage, Muelrath said he expects plans will cost anywhere from 5 to 20 percent less than plans on the Silver State Health Insurance Exchange, the state-based insurance marketplace.

More than 2,000 businesses could be eligible to participate based on membership of the three associations, representatives said.

The offering will be a first for the Henderson and Boulder City chambers, though the Latin Chamber of Commerce offered a similar deal for its members pre-ACA. Once the act took effect, community rating restrictions mandated coverage of 10 essential health benefits and outlawed premium charge fluctuations based on health status, medical history and gender — rendering association health plans largely irrelevant.

In the past, these plans weren’t bulletproof. According to the Commonwealth Fund, the association health plans led to fraudulent sales of nonexistent health insurance and insolvency among companies unexpectedly slammed with exorbitant claims.

Still, the chambers’ leaders say the new plan offerings could be the affordable health insurance option members have been yearning for.

“Anybody who’s in business and is looking to try to provide insurance to their employees wants to do the right thing, but it’s so expensive,” Boulder City Chamber of Commerce CEO Jill Lagan said. “For those mom-and-pop businesses, which make up 80 percent of our businesses in Boulder City, that is a big deal. This is historic.”