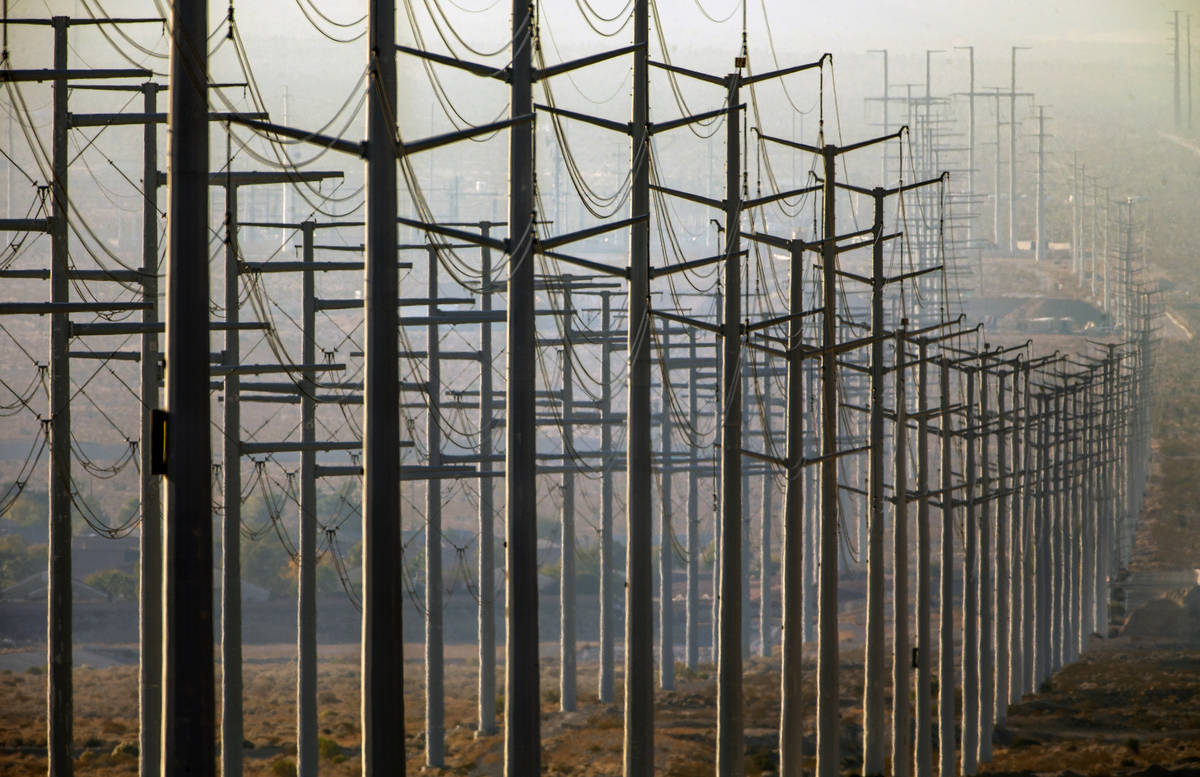 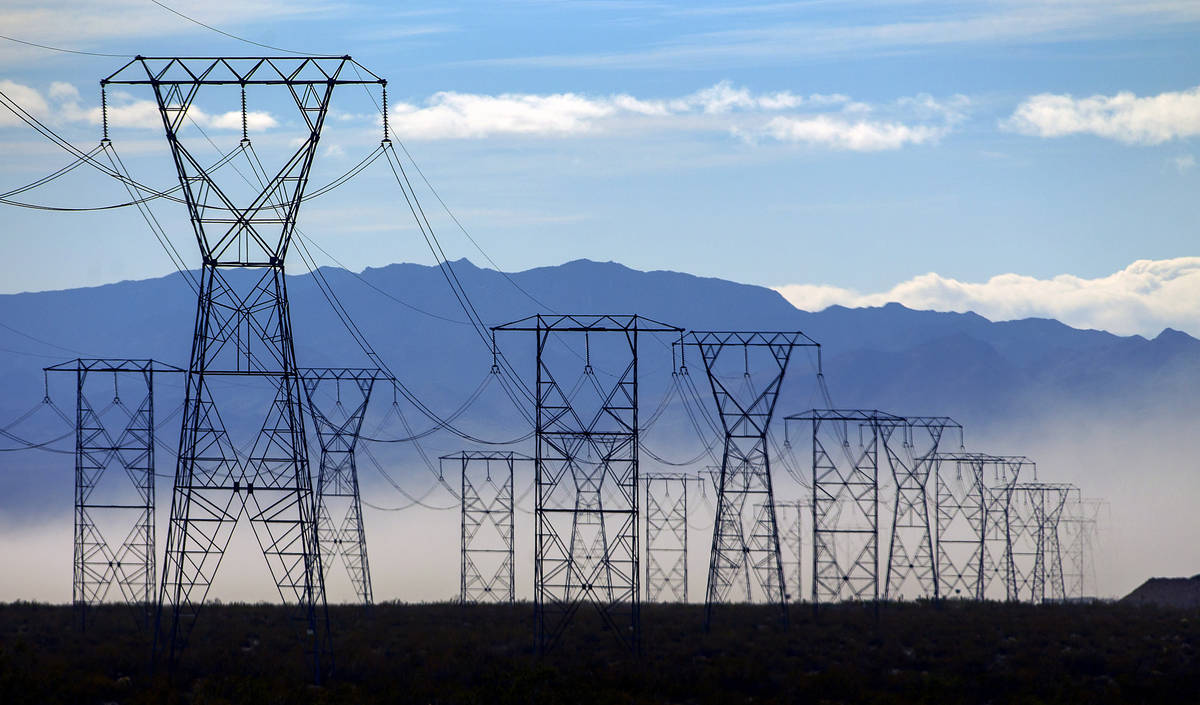 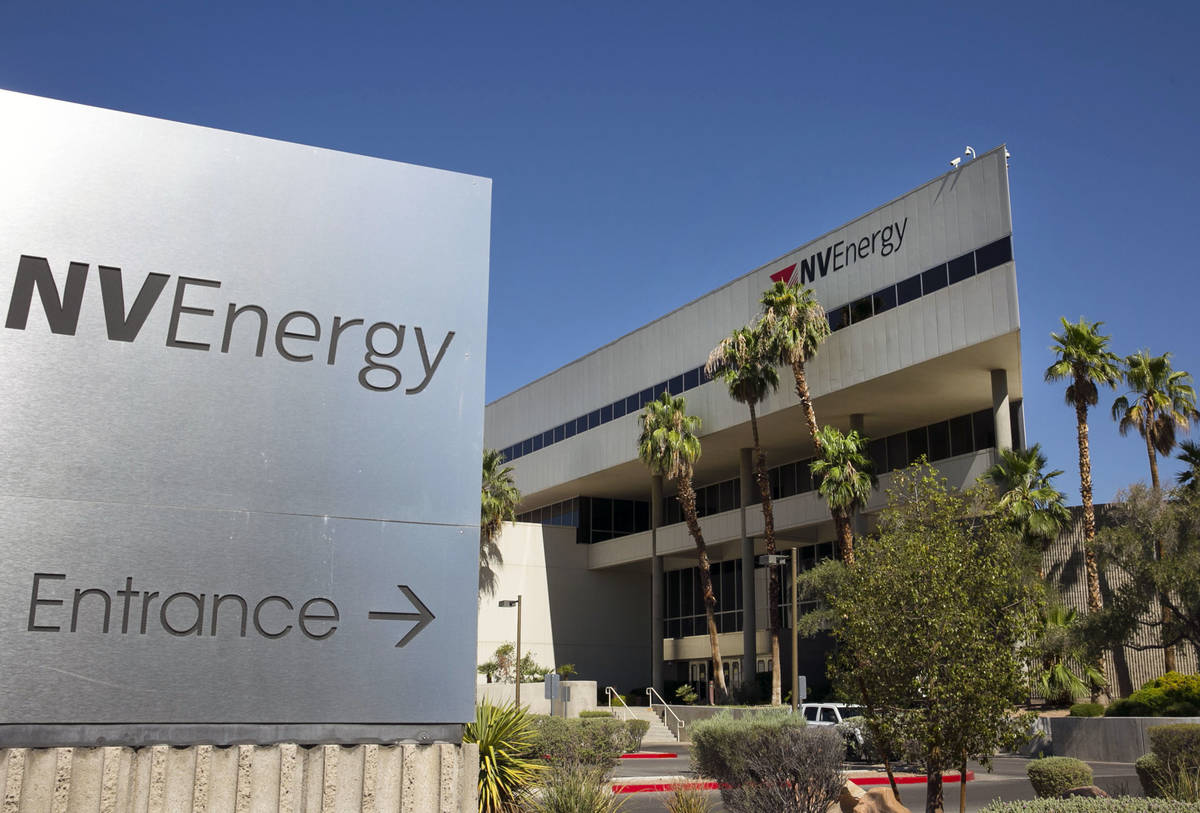 The company that keeps the lights on in Nevada said it doesn’t anticipate blackouts due to high energy demand, but it is still asking customers to save power by turning off what they can.

While a miserable combination of heat and drought cooks much of the Southwest, California’s Independent System Operator — the entity that runs most of that state’s power grid — implemented rolling blackouts last weekend. California has avoided blackouts since the weekend because of conservation efforts.

“We do not anticipate load management events on our system,” Cannon said in a Wednesday interview.

Cannon said NV Energy is at the mercy of the RC West, which oversees 42 total authorities and grid operators, on whether to institute blackouts — what he called “load management events” — based on energy use across the West.

Nevada’s power company shares power with neighboring states as part of an agreement to keep a balance of energy supply and demand in the Western United States.

The RC West, which is housed in the California ISO but operates as an independent entity, has the authority to determine whether the balance is out of whack, Cannon said, and the entity can order power companies in other states to shut off electricity to some parts of the grid to return the balance.

NV Energy has so far avoided such a directive from the California ISO because of sufficient generation, power buys from other states and proactive conservation that the company asked of its customers on Tuesday and Wednesday, Cannon said.

Still, Cannon said, the company will continue to work with the California ISO and follow along with energy trends across the West to see how they affect Nevada.

NV Energy urged customers to conserve electricity on Tuesday and Wednesday because of high demand across the West as the pandemic keeps people at home and blasting their air conditioning to ward off record-breaking heat. Cannon blamed his company’s recent request for conservation by its customers on high demand from California due to the abnormally high temperatures.

“It makes it very challenging to find any other available resource in the broader Western energy market,” Cannon said.

While Southern Nevada is particularly accustomed to triple-digit temperatures in mid-August, its neighbors are experiencing their own heat waves, and higher demand elsewhere affects Nevada, too, Cannon said.

Additionally, there are more people staying home than ever before because of the COVID-19 pandemic, meaning more people are running residential air conditioning longer during the day while largely empty commercial buildings continue to run their own, said Brian Murray, director of the Duke University Energy Initiative.

NV Energy’s conservation requests are intended to help reduce the number of people using power at the same time, he said. Each energy balancing authority usually has reserves to help keep the power grid in sync. Murray said a shared experience like an extended heat wave across multiple states on the same power grid squeezes those reserves, and energy authorities “have to scramble” to find ways to meet the demand. Conservation can help stave off potential blackouts, he said.

“Electricity is a regional commodity out West and it flows across state lines, so what that means is, when California sneezes, everyone else catches a cold. And I think that’s what you’re seeing right now,” Murray said.

Yet a Stanford professor didn’t buy the idea that California shoulders the blame for the energy issues with its neighbors. After a weekend of rolling blackouts, the state was able to avoid further planned outages because of its own conservation efforts, said James Sweeney, professor of management science and engineering and senior fellow of the Precourt Institute for Energy.

A drought has dried up the amount of available hydroelectric power in the region, and the state is still competing with the other Western states for energy, as they’re all experiencing the heat wave, he said. California was importing about 6,000 megawatts of energy at 6 p.m. as the state’s solar energy generation waned, according to California ISO data. That was roughly the same amount of energy California imported around the similar time and date last year.

“It’s not that California is sucking all your electricity because, in fact, it’s not doing that,” Sweeney said.

But the president of California’s power grid, Stephen Berberich, dismissed those concerns, saying that the energy supply issue was caused by a “perfect storm” of conditions that included searing temperatures across the Western U.S., reduced output from renewable resources and fossil fuel plants affected by weather that caused some to shut down unexpectedly when energy demands were at their highest, the Los Angeles Times reported.

In 2019, the Nevada Legislature unanimously passed its own legislation to boost the state’s renewable portfolio standard, which requires 50 percent of the state’s energy to come from renewable resources by 2030.

Power only when it’s available

One major factor in California’s demand shortage was that between 2013 and 2019, the state shuttered numerous natural gas and nuclear energy plants that produced more than 10,000 megawatts of energy, and replaced them with roughly 8,500 megawatts of wind and solar, said Stanford economics professor Frank Wolak, who specializes in energy markets and previously served as chair of the California Independent Systems Operator Market Surveillance Committee.

Nuclear and gas plants are able to produce throughout most if not the entire day and aren’t subject to the whims of nature like wind and solar.

“You took away power plants that can produce electricity when you want, with plants that produce when it’s available,” Wolak said.

Wolak said that problem was compounded by the state not preparing for this type of situation by making advance energy purchases from other states knowing it did not have the capacity to meet these kinds of extreme demands.

NV Energy still relies heavily upon natural gas to meet demands, with more than half of the company’s electricity output coming from its 10 natural gas-fueled power plants.

Republican Senate Minority Leader James Settelmeyer, D-Minden, said that he hopes Nevada “doesn’t have to follow the same amount of lunacy,” on its path toward more reliance on renewables.

“I think it would be foolish of us to completely take away gas lines to these facilities,” Settelmeyer said.

Even Sen. Chris Brooks, D-Las Vegas, the lead sponsor of Nevada’s 2019 RPS legislation, said keeping those plants going is needed as part of that transition.

“As we transition into the next phase of what the energy future looks like for Nevada and the Western U.S., we have to keep some of our natural gas plants operating,” Brooks said. “We have to keep the lights on.”

Wolak, the Stanford economics professor, said that keeping those plants online even beyond that can be beneficial, especially when it comes to storing excess renewable energies.

One attractive option, he noted, is converting excess wind and solar energy into hydrogen, which can then be stored and burned at those natural gas-firing facilities, helping both meet demand and reduce those plants’ carbon footprint.

Rebecca Wagner, who served as former Republican Gov. Kenny Guinn’s energy adviser and later on the Nevada Public Utilities Commission from 2006-15, said laying the blame for the current energy supply crunch on the shift to renewable energies is “a convenient scapegoat, but it’s not the cause of it.”

Brooks said the current energy supply problems show the need for Nevada and other Western states to invest in more high-voltage transmission lines and clean energy storage solutions as more states move toward higher renewable energy production, which would help smooth out problems with energy supply during peak demand times.

“I think it is a wake-up call for states to really take transmission infrastructure development seriously,” Brooks said Wednesday. “If we don’t make investments in transmission and energy storage, these are going to be regular occurrences in the decades moving forward.”

Those kinds of investments are underway in Nevada, although most are years away from completion.

Those batteries will allow the company to shift when that solar energy could be used by a few hours and deliver the energy closer to peak usage hours, which usually coincide with the sun going down.

The company last month announced its plans to build two major transmission lines throughout Nevada that it says will allow the state to tap into additional solar and geothermal energies.

Getting those transmission lines up and running can take several years because of the various regulatory hurdles from the state, or in some cases multiple states, federal and local authorities, which can take more than 10 years in some cases, according to a report sent to Congress by the Federal Energy Regulatory Commission this year.

That report from federal energy regulators noted that high-voltage transmission lines could potentially help bring large amounts of energy from rural areas generated by solar and wind to urban areas where the demand on the grid is higher, such as during peak stress times.

One example of that would be the TransWest Express Transmission Project, which would deliver wind energy from southern Wyoming all the way to Southern Nevada, which it says will help strengthen the power grid in the Western U.S.