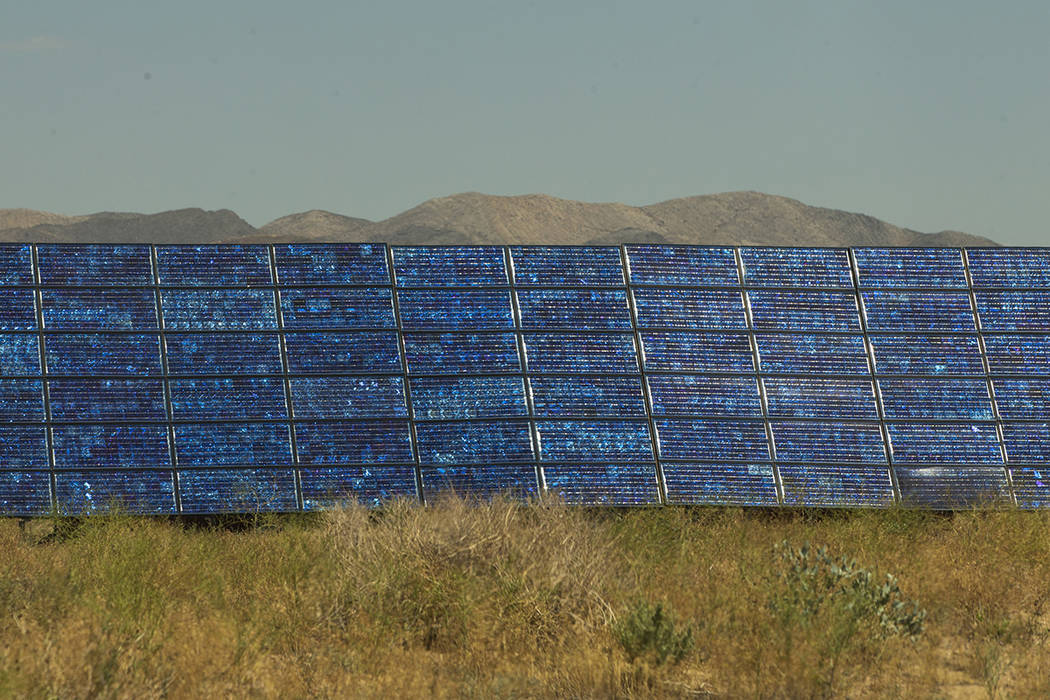 On Wednesday, the Public Utilities Commission of Nevada approved NV Energy’s Integrated Resource Plan, which would add 1,190 megawatts of solar renewable energy projects to the state, as well as an additional 590 megawatts of energy storage capacity.

The projects join NV Energy’s 57 other geothermal, solar, hydro, wind, biomass and supported rooftop solar projects that are either in service or under development.

The projects are expected to create more than 3,000 construction jobs using union labor, NV Energy said in a statement Wednesday. They are expected to be completed and serving customers by Jan. 1, 2024.

“Today’s decision brings the environmental and price benefits of low-cost solar energy to our customers — and the addition of energy storage capabilities allows us to extend the benefits of renewable energy to times when the sun is not shining,” Doug Cannon, president and CEO of NV Energy, said in the statement.

According to the statement, the projects will allow the utility to meet its commitment to double its renewable energy and bring it one step closer to complying with Senate Bill 358. That bill, signed into law by Gov. Steve Sisolak in April, requires Nevada energy providers to get at least half of their energy from renewable resources by 2030.