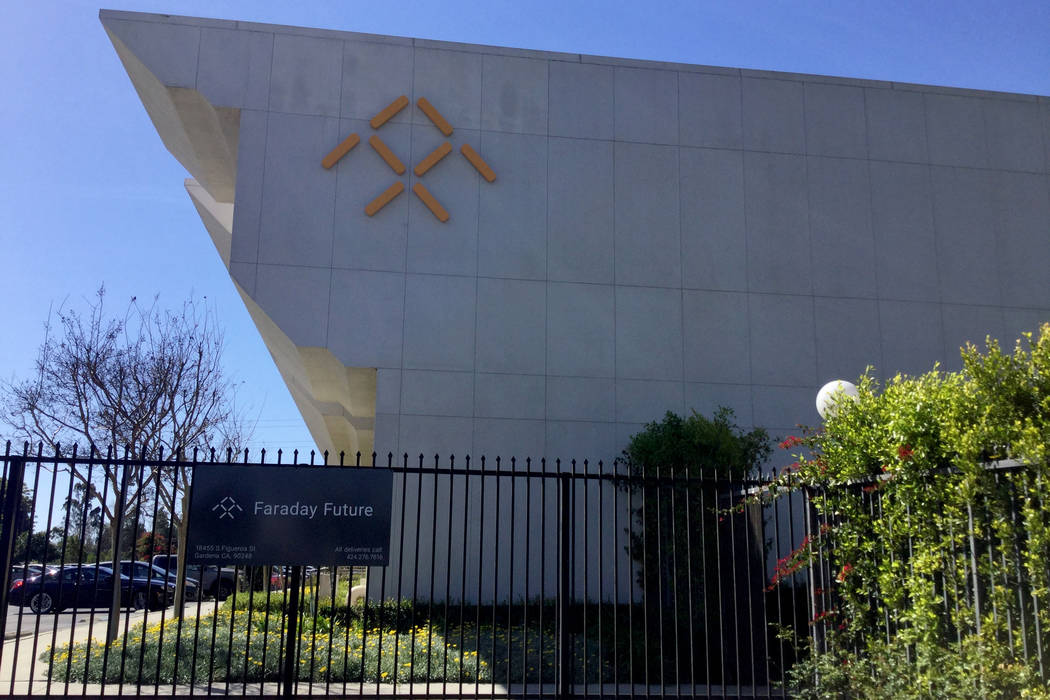 Faraday Future and Nevada have officially broken up.

“The Faraday project is basically dissolved at this point at absolutely no cost to the state or local governments,” Steve Hill, director of the Governor’s Office of Economic Development, said Tuesday. “Over the past month we worked with Faraday Future to identify any abatements they received but did not remit.”

Faraday Future made out a $16,000 check to the state’s Department of Taxation in July, paying back the only abatements the company received.

Approximately $620,000 remains in a trust fund that will begin to be distributed around the state to local tax jurisdictions.

“There are some formalities that have to take place but it is essentially in process,” said Brian Baluta, spokesman for the economic development office.

Faraday still owns 930 acres of land at Apex. Hill said “several companies” have an interest in the site and “one in particular” is working with Faraday.

“It’s between that company and Faraday to hopefully allow that property at Apex to move forward,” Hill said, declining to elaborate on any details about the interested companies, including which industries they represent.

Faraday confirmed in August that the company pulled out of its deal and signed a lease on a 1-million-square-foot manufacturing facility in Hanford, California, between Los Angeles and Silicon Valley.

Hill said he’s confident that “something pretty significant will move forward in the very near future” and the he’s “excited about a potential project that is there.”