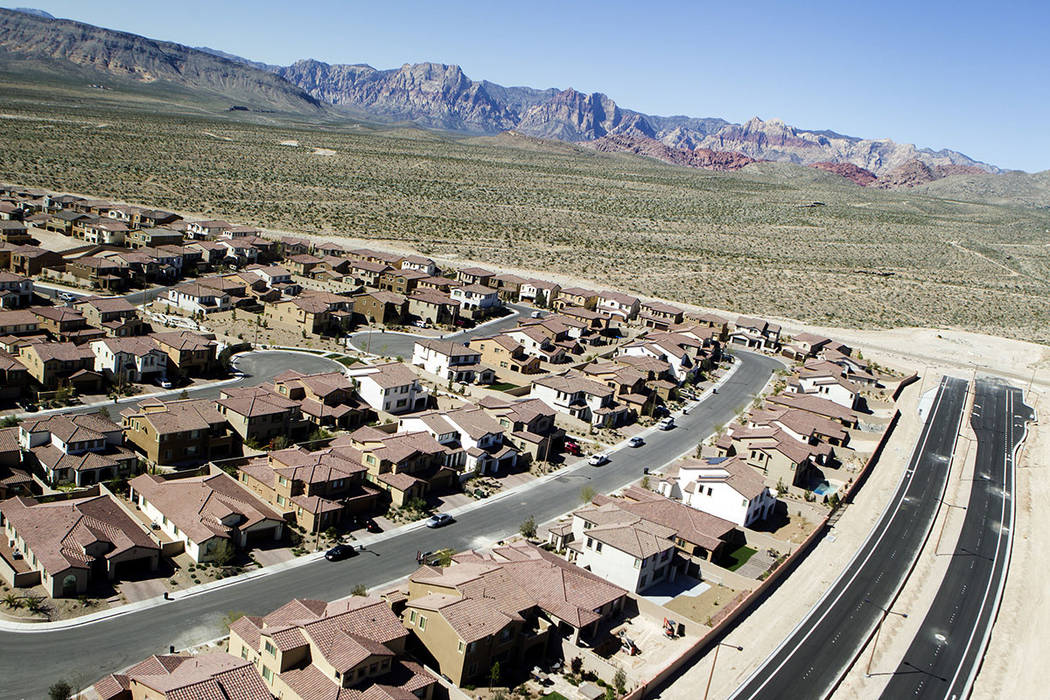 Las Vegas’ housing market had a bump in sales last month compared to June, but things have still largely downshifted from a year ago.

Buyers picked up 3,159 previously owned single-family houses in July, up 8.8 percent from June but down slightly — 0.8 percent — from July of 2018, according to a new report from the Greater Las Vegas Association of Realtors.

Meanwhile, 7,808 houses were on the market without offers at the end of July, down just 0.1 percent from June but up 63.1 percent year-over-year, according to the GLVAR.

“We’re running out of synonyms for stable,” GLVAR President Janet Carpenter, of Signature Real Estate Group, said in a statement. “Local home prices are appreciating, but at a more gradual rate than they have been in many years. As we’ve been saying for months, the local housing market hasn’t been this stable in nearly 20 years.”

Las Vegas home prices have been rising at the fastest rate in the nation. But compared to 2018, price growth has slowed considerably, buyers are picking up fewer houses and the tally of available listings has climbed.

The pullback followed a stretch of fast-climbing property values, dwindling inventory and rising mortgage rates that, collectively, sparked affordability concerns in a market that likes to tout its relatively cheap prices, especially compared to neighboring California.

Sanderson said they were the buyer’s agents but she cannot disclose the new owner’s identity.

Still, amid higher prices around Las Vegas and an increased tally of listings, which is giving house hunters more options, she said buyers overall are not snatching up properties as fast as they used to and are “a little more discerning.”