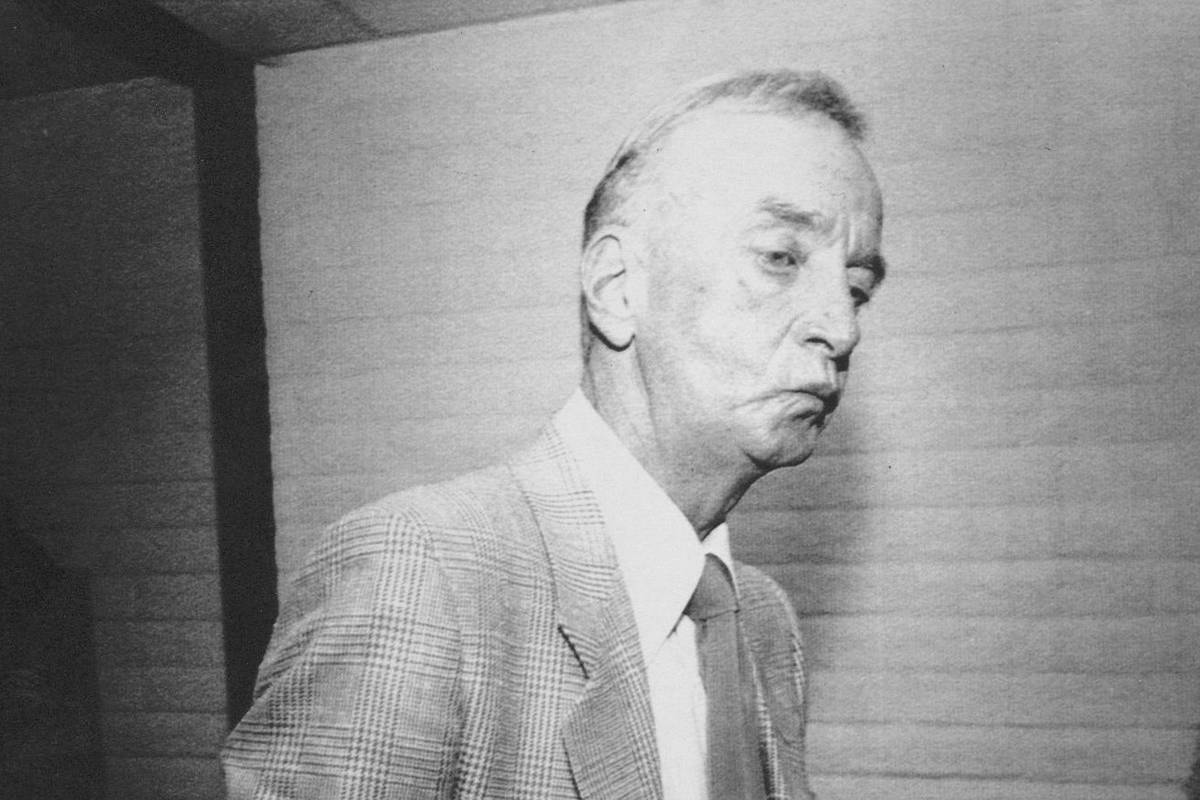 Frank “Lefty” Rosenthal smokes a cigarette after a hearing in 1988 before the Nevada Gaming Commission in Carson City. (Las Vegas Review-Journal) 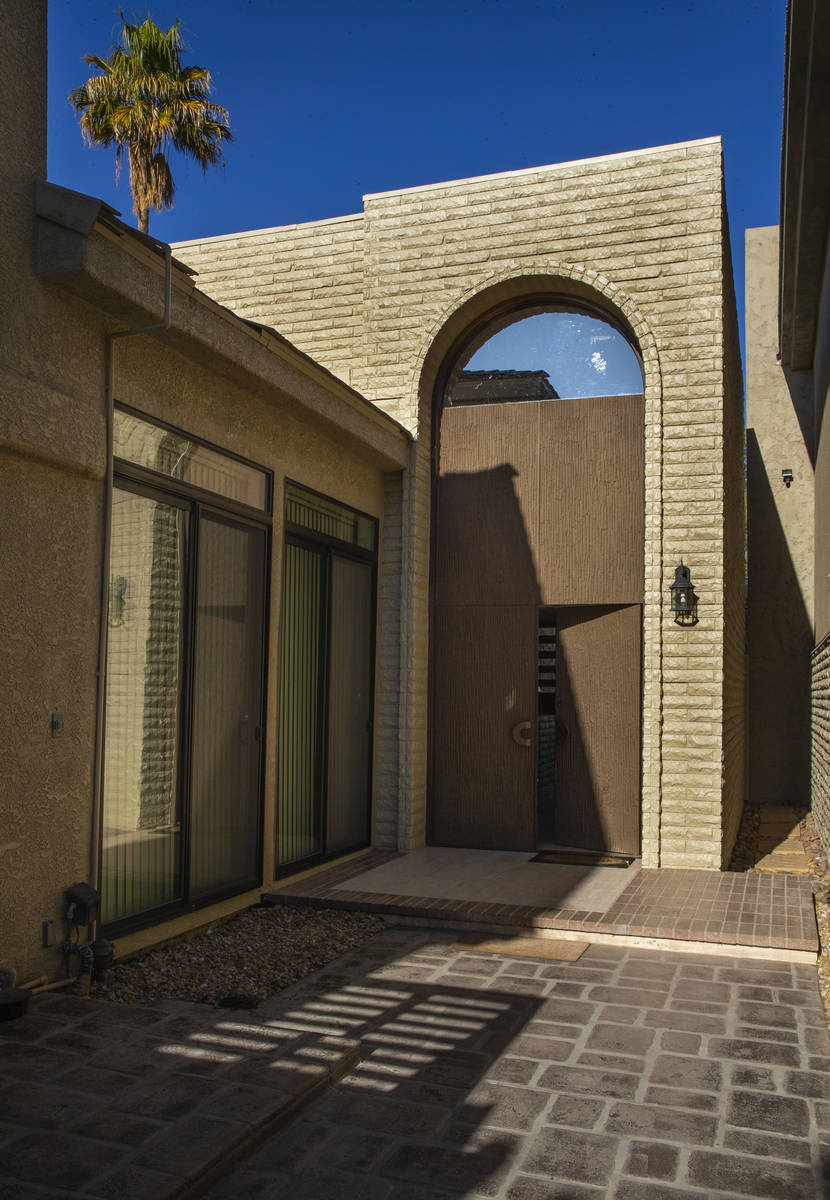 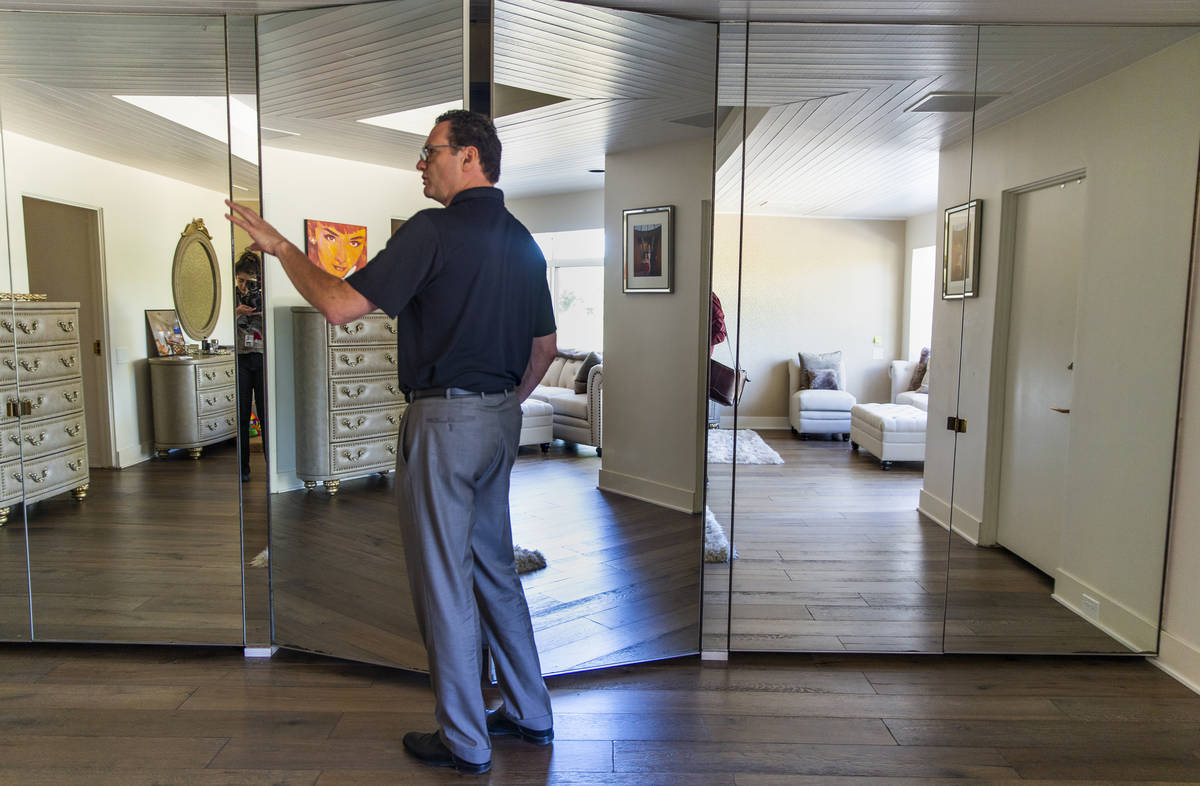 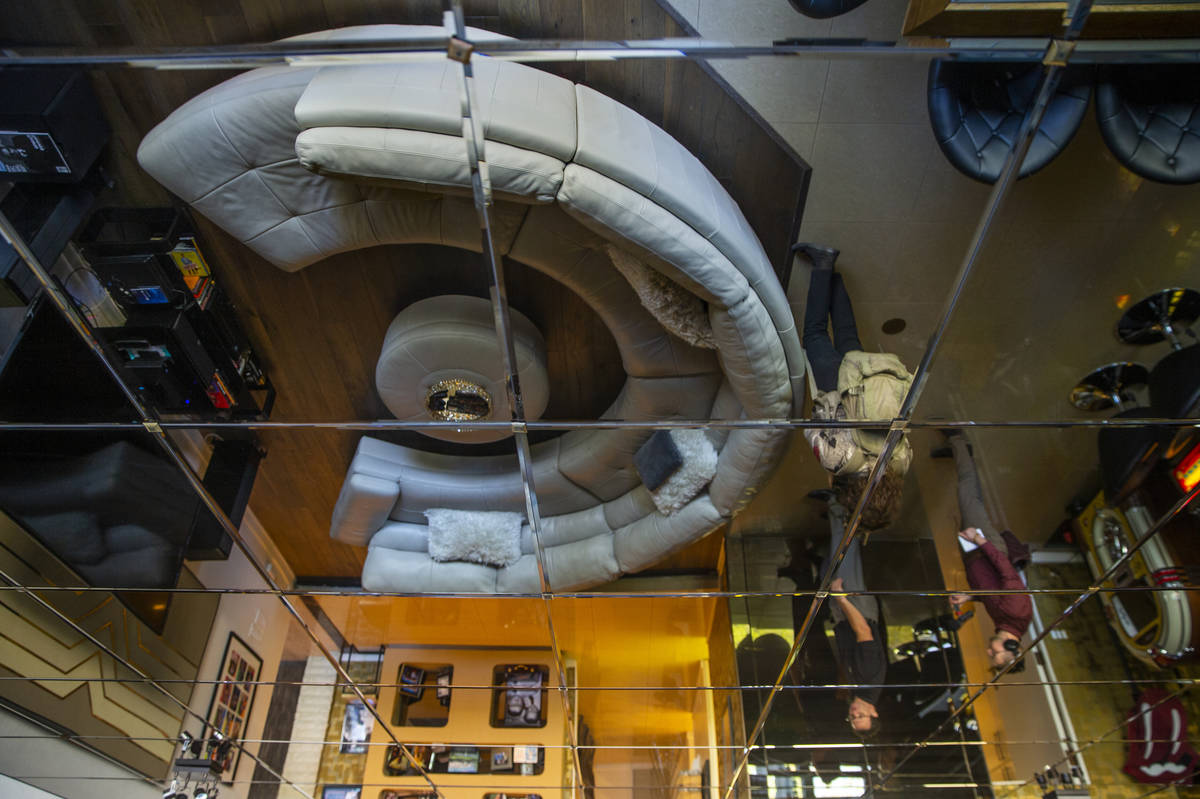 Mirrors on the ceiling as part of the furnishings preserved during a tour of Lefty Rosenthal's former home on Monday, Dec. 9, 2019, in Las Vegas. (L.E. Baskow/Las Vegas Review-Journal) @Left_Eye_Images 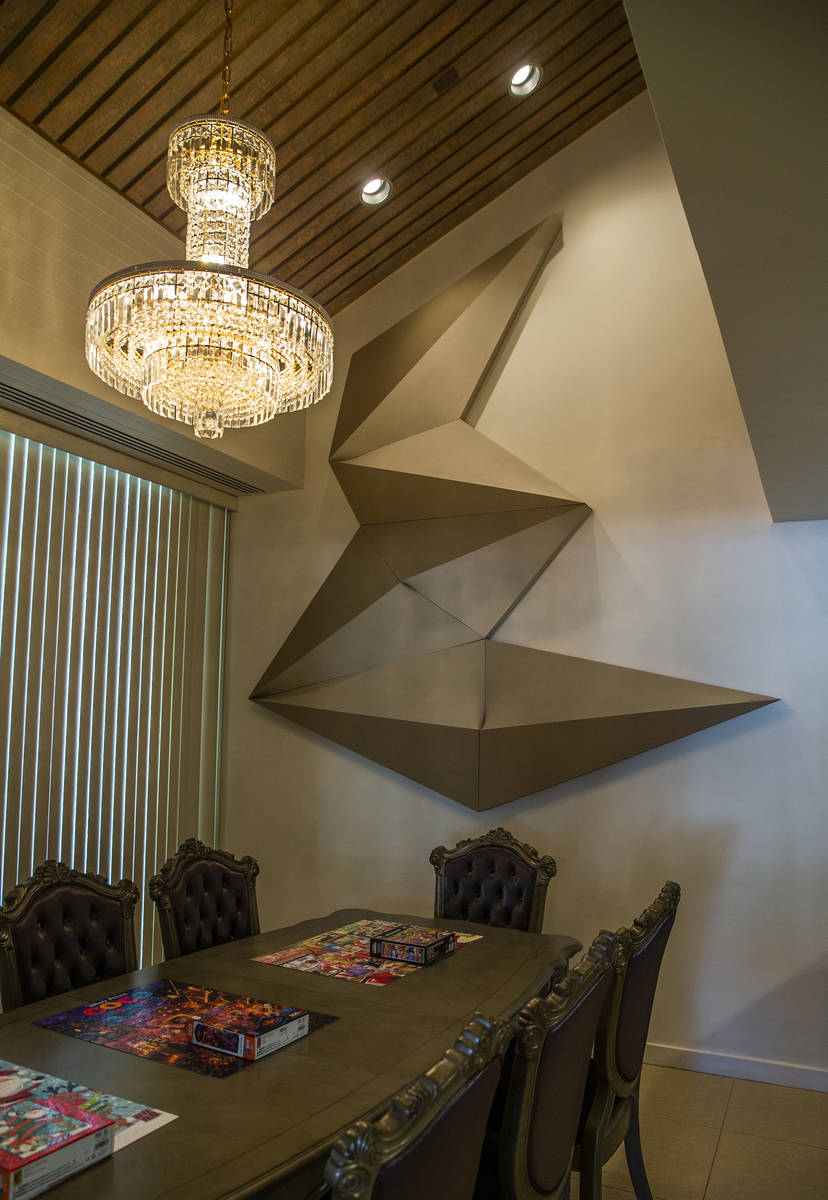 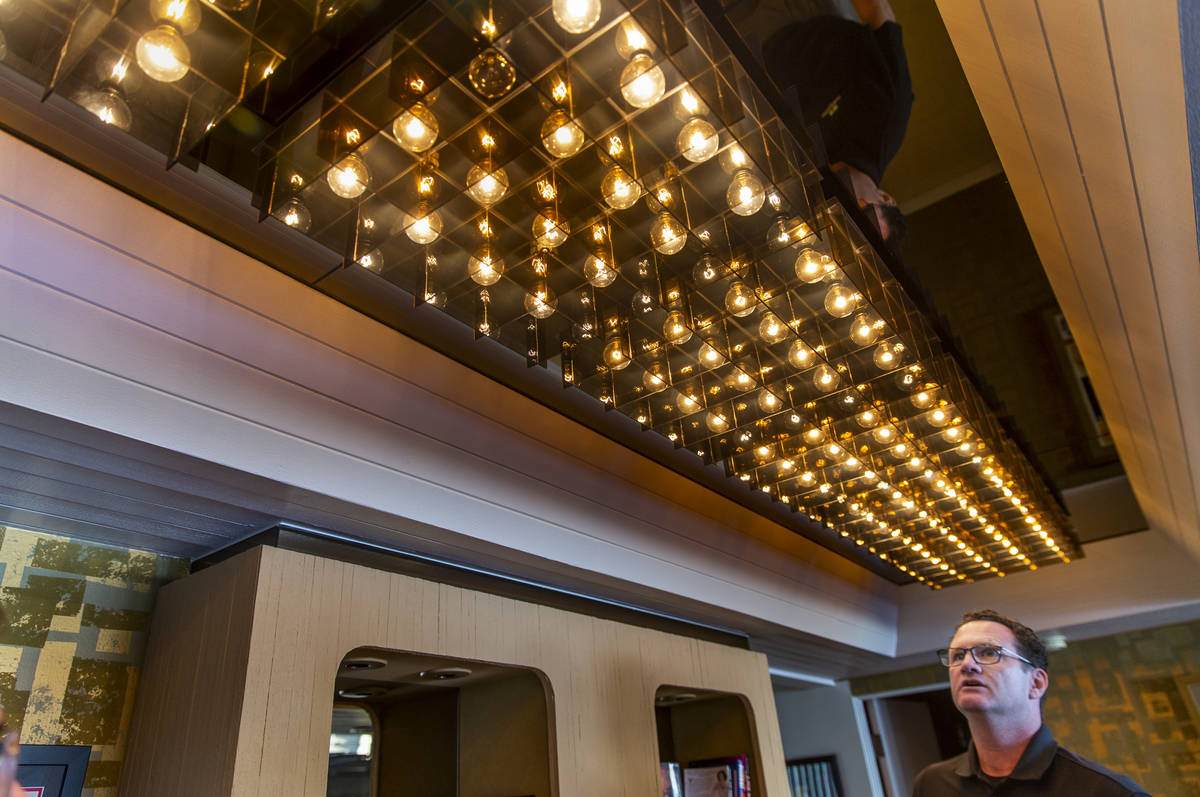 Owner Jim Morgan shows off some of the cool lighting preserved during a tour of Lefty Rosenthal's former home on Monday, Dec. 9, 2019, in Las Vegas. (L.E. Baskow/Las Vegas Review-Journal) @Left_Eye_Images 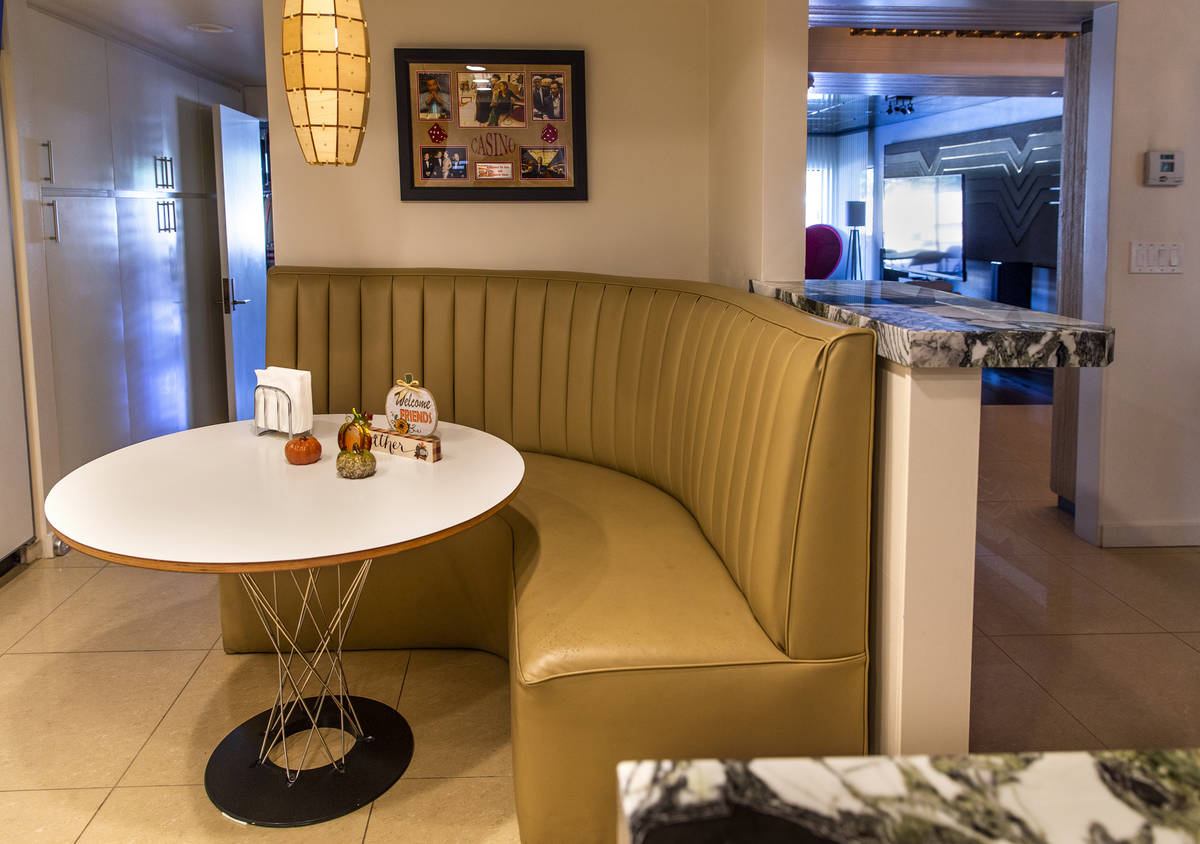 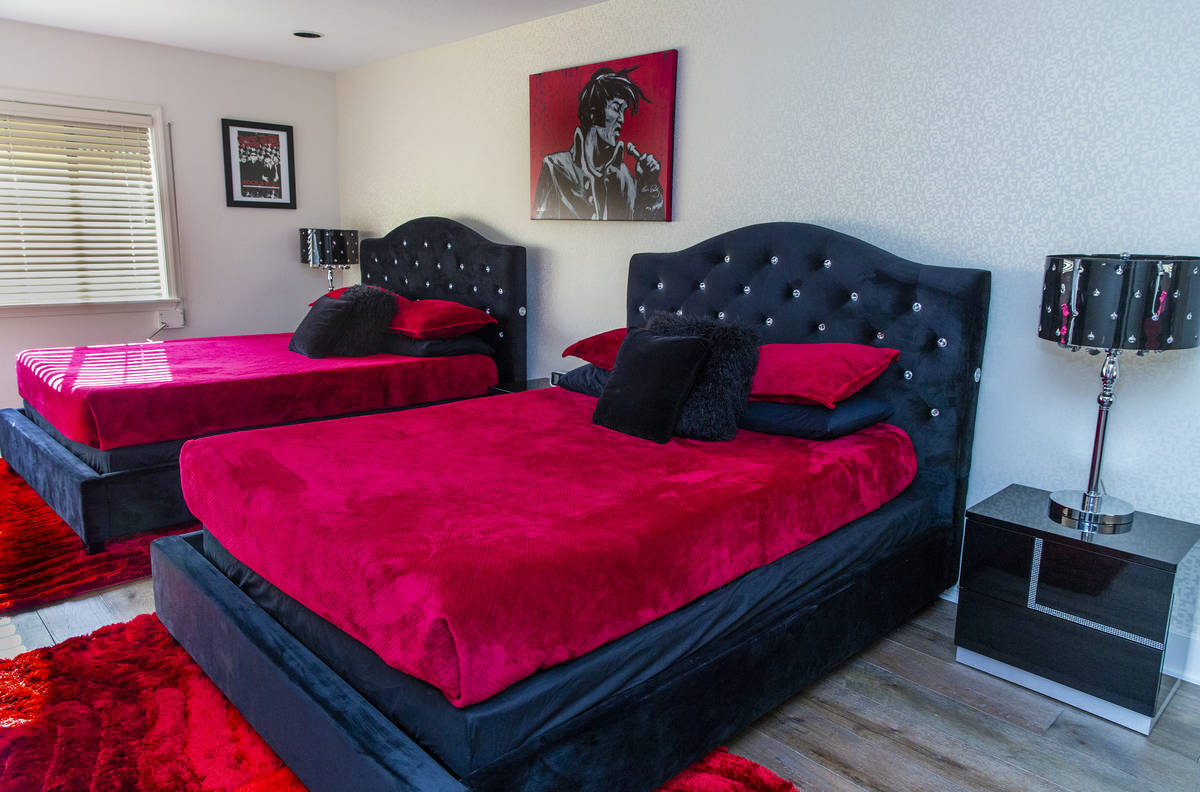 An Elvis-themed room is one of the many preserved spaces during a tour of Lefty Rosenthal's former home on Monday, Dec. 9, 2019, in Las Vegas. (L.E. Baskow/Las Vegas Review-Journal) @Left_Eye_Images 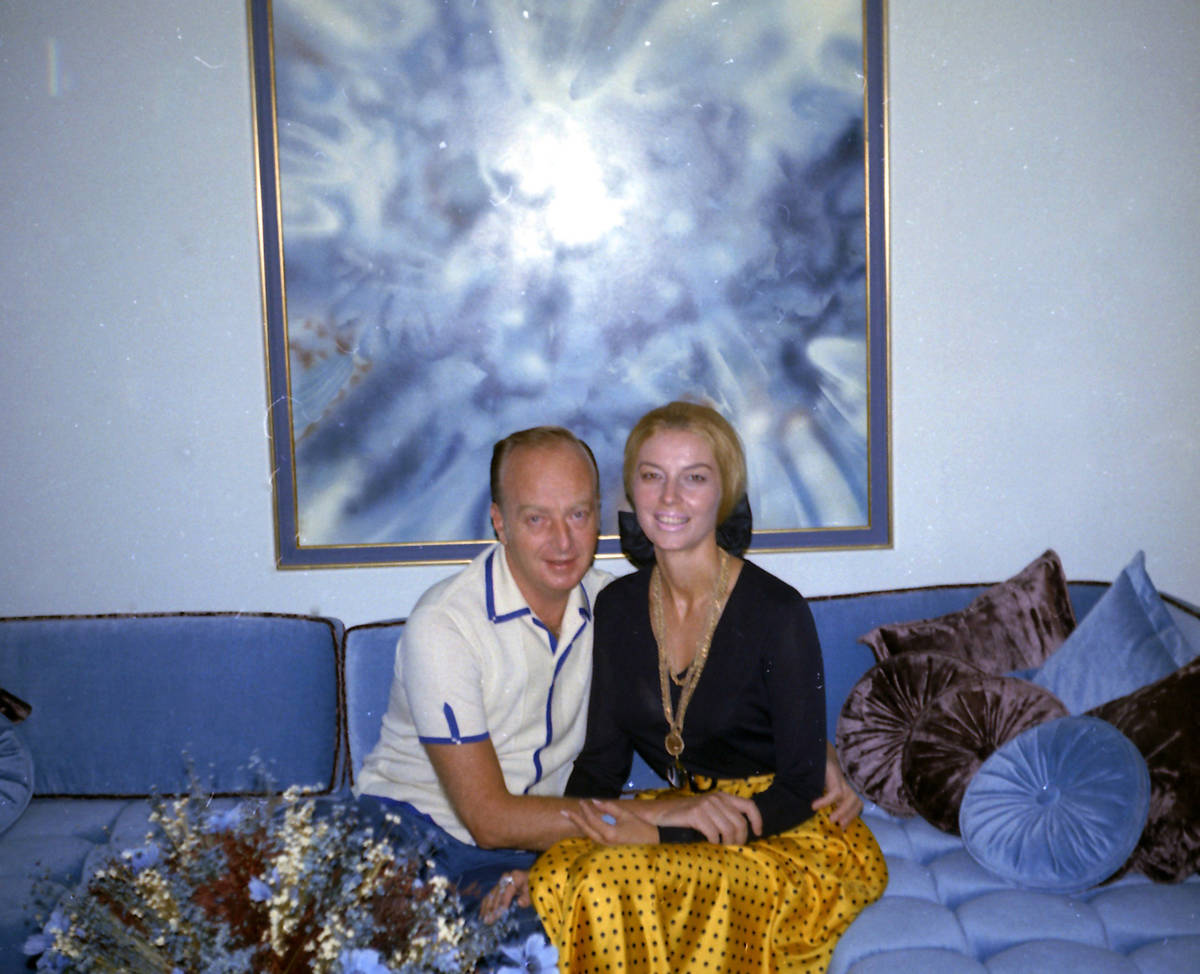 Casino executive Frank "Lefty" Rosenthal, left, sits next to his wife Geri Rosenthal in their Las Vegas home in this photograph from the 1970s. (|Jeff Green/Special to Las Vegas Review-Journal)

Las Vegas’ housing market is heating up as cheap money fuels record prices and fast sales despite the coronavirus pandemic’s crushing effect on the economy.

Rosenthal’s stylish house at 972 Vegas Valley Drive, at the Las Vegas Country Club, was put up for sale Oct. 29 and went under contract with a buyer Tuesday, its listing on Zillow shows.

The 3,266-square-foot house was priced at $835,000. Listing agent Mark Minelli, of Realty One Group, declined to disclose the purchase price or the buyer but noted the sale is scheduled to close Dec 4.

The two-story home features a courtyard entry, steel framing, soundproof insulation, bulletproof windows and doors, smoked mirrors believed to be from the Stardust, a floating staircase and a gold leaf ceiling in the dining room, the listing said.

Minelli said there were multiple offers the last time it went on the market: He sold it to the current owners in 2017, when it traded for $697,500, county records indicate. He didn’t expect it to last long on the market this time, either.

The home was built in 1970, county records show. According to Minelli, Rosenthal was the original owner.

Rosenthal, who died in 2008 at age 79, is perhaps best-known today as the inspiration for Robert De Niro’s character Sam “Ace” Rothstein in the 1995 movie “Casino.”

He reportedly moved to Las Vegas in 1968. As recounted by The Mob Museum, he ran the Stardust for mob bosses who skimmed revenue and had helped its owner, Allen Glick of Argent Corp., secure Teamsters union loans.

Rosenthal was an associate of mobster Tony Spilotro (the inspiration for “Casino” enforcer Nicky Santoro, played by Joe Pesci), who was eventually beaten to death and found buried with his brother in an Indiana cornfield. Rosenthal also survived a car bombing outside a Tony Roma’s restaurant on Sahara Avenue, and he had plenty of drama at his country club house.

The FBI seized property at Rosenthal’s home in 1970 as part of a crackdown on illegal gambling, and a decade later, he sued the Metropolitan Police Department “in connection with a chain of theatrical-like events,” according to Review-Journal articles.

In September 1980, his wife, Geri Rosenthal (the inspiration for Ginger McKenna in “Casino,” played by Sharon Stone) called police to their home and falsely reported a burglary was in progress, the Review-Journal reported. When police arrived, she “began screaming hysterically and yelling obscenities” at Rosenthal and the cops, the news report said.

She went in the house, came out with a loaded .38, and threatened to kill her husband. Accompanied by police, she then went to a bank and emptied three safety deposit boxes of $150,000 in cash and more than $1 million worth of jewelry, the lawsuit said, as reported by the Review-Journal.

Lefty filed for divorce three days later. He narrowly escaped being blown up in October 1982, and his ex-wife died in Los Angeles the next month of an apparent drug overdose.