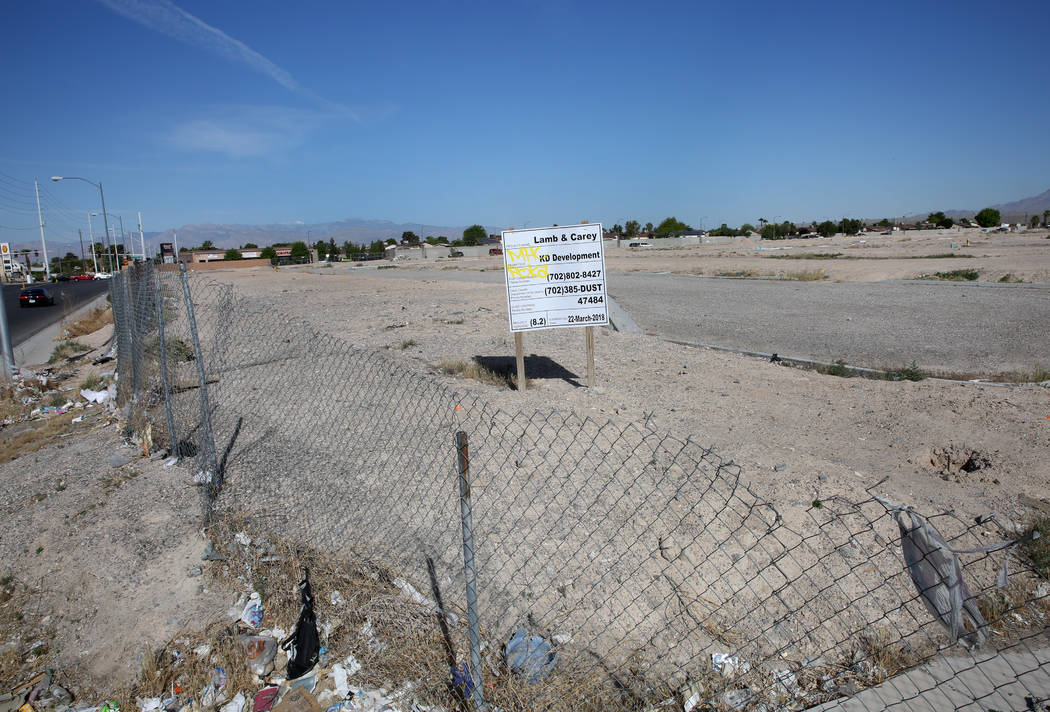 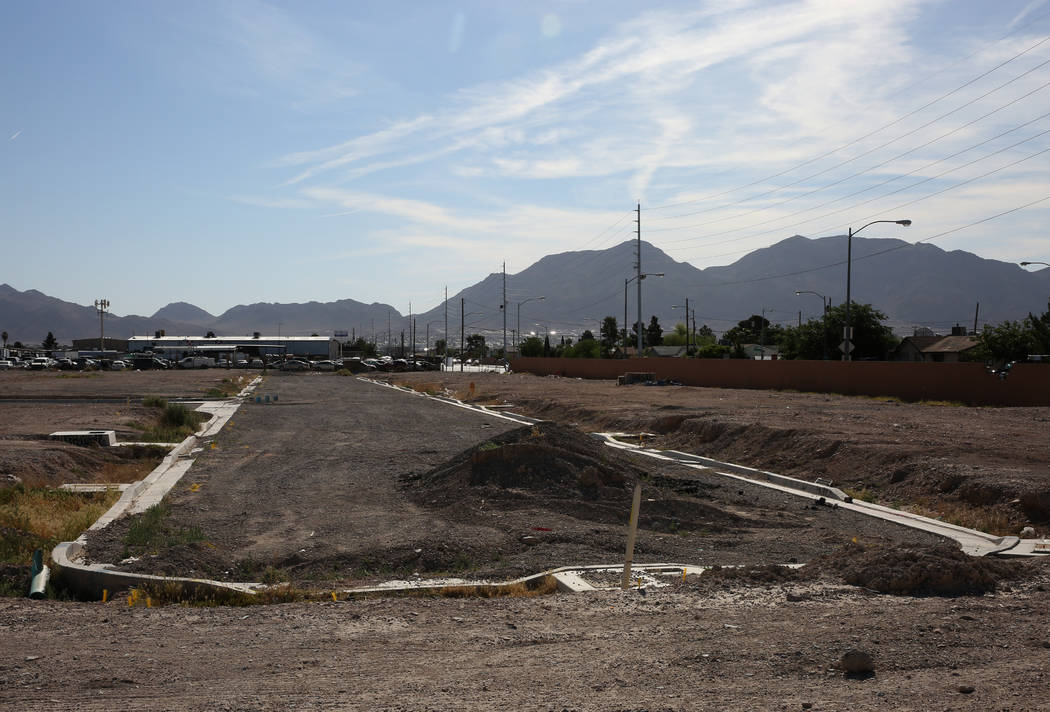 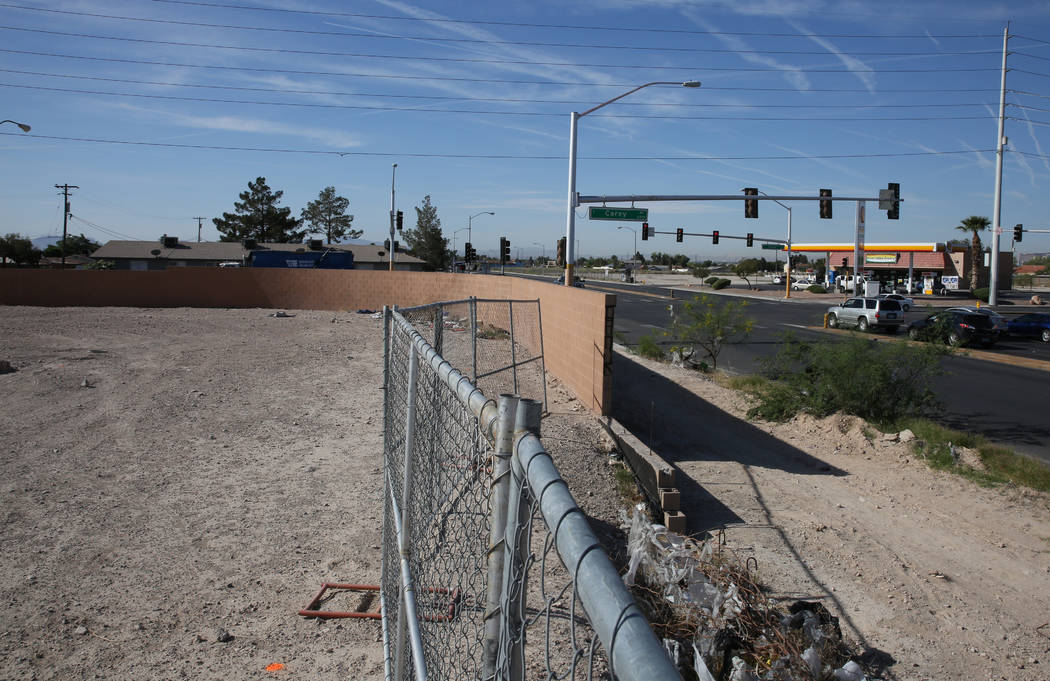 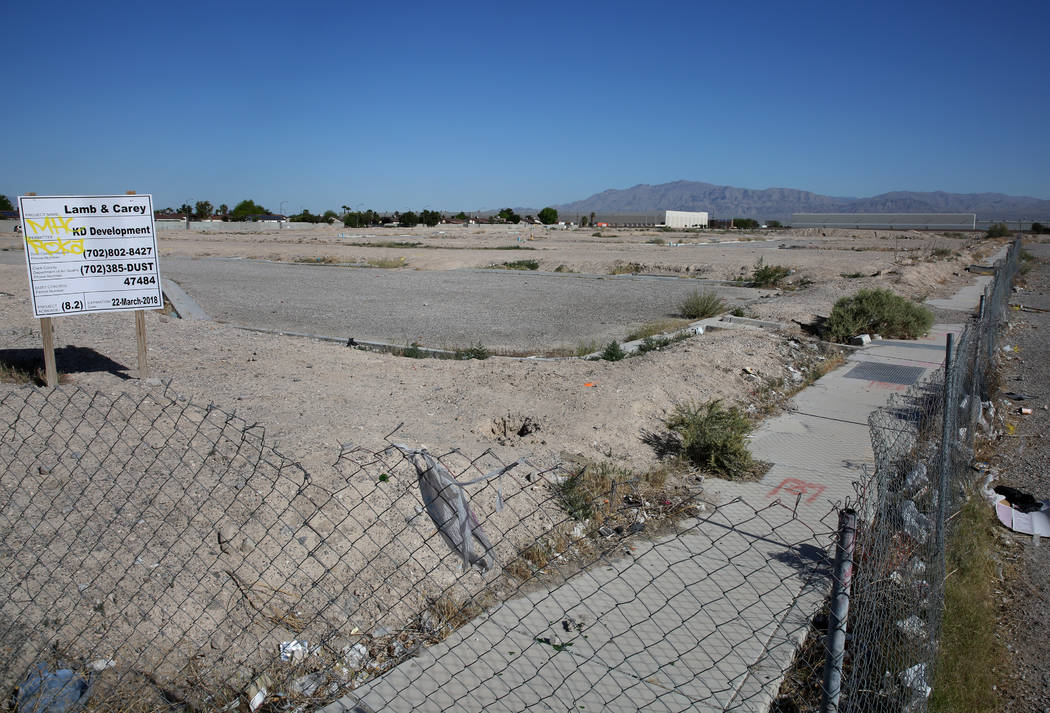 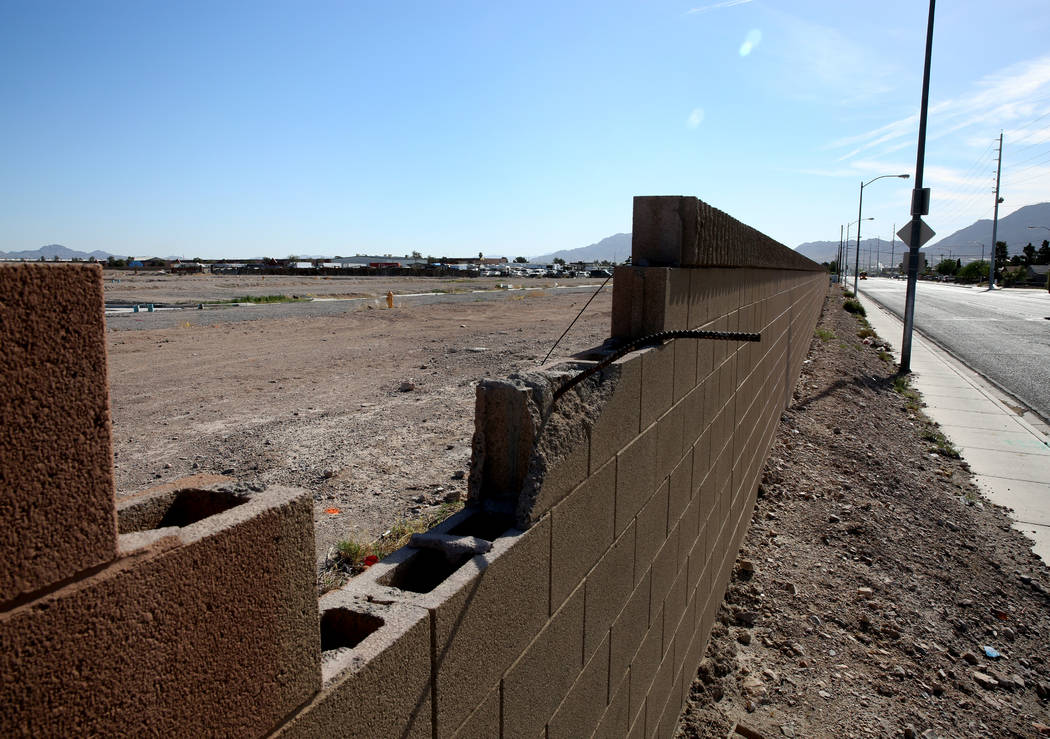 A few months after buying its first Las Vegas project site, a Texas homebuilder has picked up another one nearby.

LGI Homes this month bought a vacant, mothballed subdivision in the northeast valley for $4.65 million and plans to build 88 houses there. The land, at the northeast corner of Lamb Boulevard and Carey Avenue, is almost a mile from LGI’s other project site. 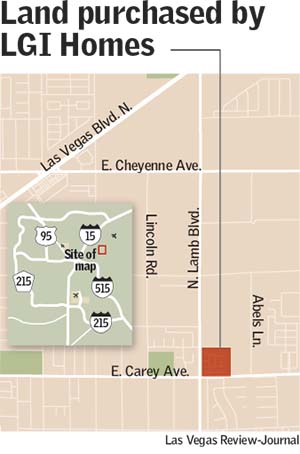 But the second purchase underscores LGI’s bet that, amid record new-home prices in Las Vegas, there is a market for less expensive options in a part of town that other builders largely ignore.

Builders closed 9,400 sales in Clark County last year. Among the valley’s submarkets, they sold the most in the southwest, at 3,449, and the fewest in the east, at 277, Home Builders Research has reported.

LGI aims to start building houses and a sales office this quarter at its first project site, on Lake Mead Boulevard near Lamb, according to Chris Kelly, LGI’s West division president. Plans there call for 102 houses.

The company wants land for other subdivisions, too.

“We’re actively in the buying mode,” Kelly said in a phone interview Tuesday.

He said house prices at its two current subdivisions would start in the low $200,000-range. By comparison, local builders’ median sales price last month was around $357,200, according to Home Builders Research.

LGI, based near Houston, paid a lot less for its project sites than it would have in other parts of the valley that have more construction, and Kelly said the builder targeted the northeast because it liked “the affordability component there.”

He also cited the proximity to LGI’s target buyer, home renters; noted the subdivisions were partially developed, cutting the time it would take to start selling houses; and pointed out that Las Vegas apartment rents are rising, which could push tenants to consider buying.

As for the nearby blight, Kelly said company officials “do talk about it” but added that people are moving to the area and that other builders are putting up houses.

LGI closed its purchase of the Lamb and Carey property on April 6. Plans for a housing tract were drawn up by 2004, but the site went into foreclosure twice after the market crashed, county records show.

The site was fenced-off as of Monday but showed signs of vagrants and vandalism. Garbage was strewn about, a damaged wall was partially covered with graffiti, and a couch, along with one or two shopping carts, had been left behind.

It’s also next to an apparent scrap yard and down the street from a cluster of abandoned, vandalized homes, whose owner was hit with abatement notices this year from Clark County saying the structures are dangerous, fire-damaged and “open to vagrants and rodents.”

LGI bought the Lake Mead site in February for $4 million. Plans for a subdivision were drawn up by 2005, but the property was seized through foreclosure after the economy tanked.

It’s also next to a homeless camp.

On Monday, a motor home that was there three weeks ago was gone, and Dumpsters were on site. Shopping carts, suitcases, a keyboard and other belongings also were piled along the sidewalk; a makeshift home was on the property; and a homeless person was resting against a wall that bordered LGI’s land.