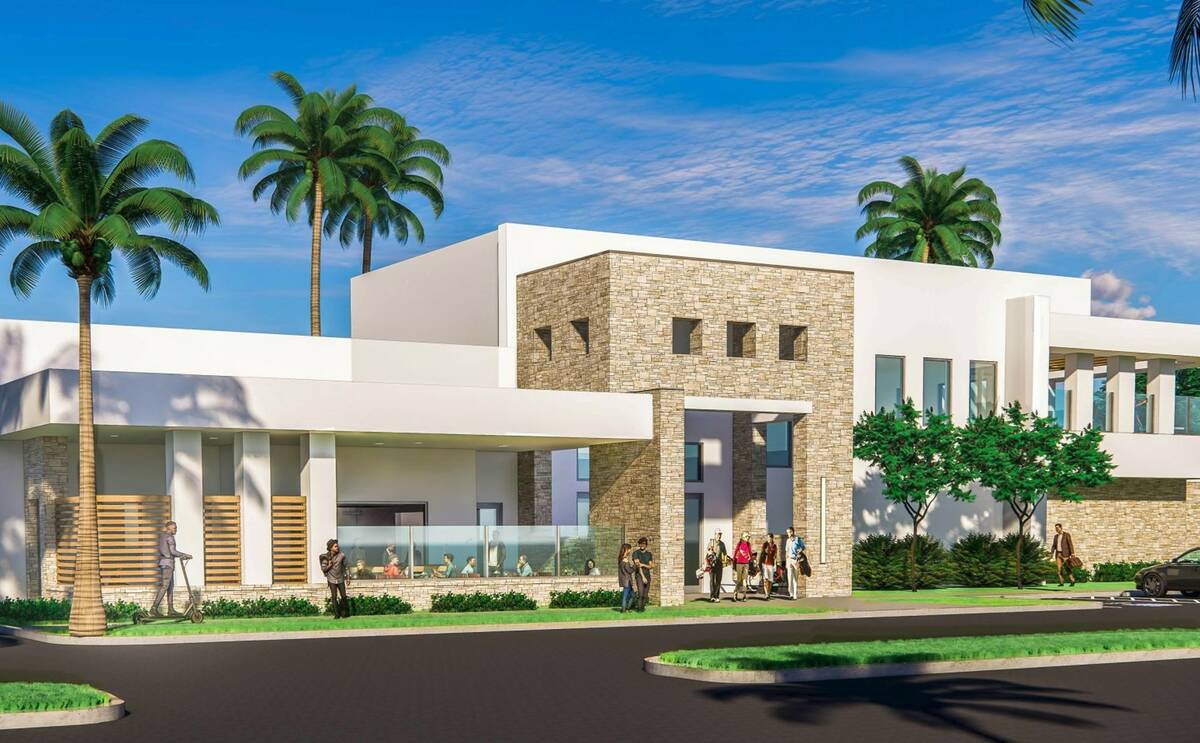 A rendering of Chips Shot, a members-only golf club that will offer indoor golf simulators that is set to open in the spring of 2023 in Southwest Las Vegas (Chip Shots).

The company said Wednesday that it will accept an initial 500 members starting on Nov. 15 with plans to cap the membership at 1,000 by spring 2023.

“By limiting our membership spots to 1,000, we maintain the exclusivity of a traditional golf club while bringing a new-wave take on the country club experience through our innovative technology and luxury amenities,” Chip Shots founder Keith Langlands said in a news release.

Applicants can expect to pay a one-time initiation fee ranging from $7,500 to $10,000, depending on whether the applicant is an individual, family or business. The average monthly membership fee will be $352 with food and beverage minimums of $1,000 annually. Premium drink lockers can also be reserved for an additional $250 per month.

“(These initiation fees) ensure commitment to the club and that amenities, like golf simulators, remain state-of-the-art technology for members,” Langlands said in an email.

Last month, Chip Shots announcedit would be opening a two-story, 13,000 square-foot facility inside the Grand Flamingo Center, at West Flamingo Road and the 215 Beltway. The facility is expected to feature eight golf simulators and virtual putting green, two bars and cigar patios.

Chip Shots said Las Vegas marks its first location but it plans to expand with locations in Scottsdale, Arizona and Frisco, Texas. Memberships will be valid at each Chip Shots location, meaning Las Vegas members will have access to future Chip Shots facilities in Arizona and Texas.