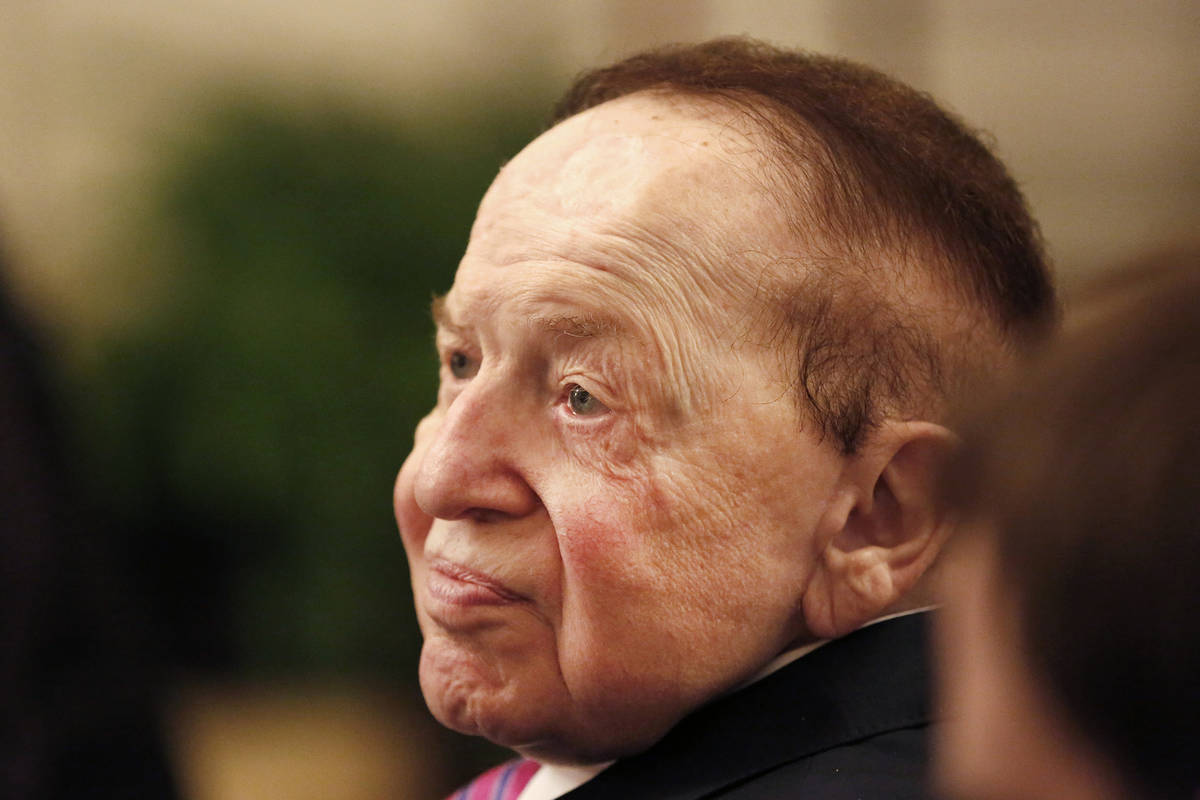 The CEO and chairman of Las Vegas Sands Corp. died last week at age 87 from complications related to treatment for non-Hodgkin lymphoma. The online memorial marked the end of shiva, the Jewish traditional seven-day mourning period.

The event was organized by a group of 30 Jewish American organizations and the Israeli-American Council and included a livestream of eulogies and personal stories from family and friends as well as prayers and small groups of Jewish text study focused on Adelson’s legacy of giving to the community.

“Sheldon Adelson loved the Jewish people and loved the State of Israel,” President Reuven Rivlin said at the opening of the event.

Adelson was born in Boston in 1933 and had strong ties to Israel, the birthplace of his widow, Dr. Miriam Adelson. The Adelson family and his casket arrived at Ben Gurion International Airport in Tel Aviv on Jan. 14, where they were met by Israeli Prime Minister Benjamin Netanyahu.

“[He was] a great American patriot who saw the strong alliance between the State of Israel and the United States as a personal mission. His determination, his ability to see opportunities, to take risks, to be brave, and to succeed were known to all. He contributed to many causes, most of which deepen the connection of the people of Israel to the land and heritage,” Rivlin said.

Lenny Adelson, gave a eulogy at the ceremony recounting how “ambitious” Sheldon was even at a young age and that his brother was “the most charitable philanthropic man, he was just an incredible person.”

The memorial was attended by representatives of organizations from across the United States and Israel, including Taglit-Birthright, Israel Bonds, Friends of the IDF, Birthright Israel Foundation, United Hatzalah, IDC Herzliya, StandWithUs, Jewish Federations of Boston and Nevada, Chabad, and more.

“He was a good friend you always dreamed you would have,” said IAC board member Shawn Evenhaim. “In a fireside chat that I had with Sheldon and Miri at the IAC Conference, I asked Sheldon what he wished his legacy could be? And he answered that his legacy would have nothing to do with his business but rather it will have to be with medical research, the Jewish people, and the State of Israel.

“In all his actions, he always wanted to improve the lives of others. The best way to honor his memory is to continue his legacy, and this responsibility lies with each and every one of us.”

Together with his wife, Adelson touched countless lives with his generosity, devotion, and passion for Jewish causes and connecting the younger generation to Israel.