With the Las Vegas Aviators playing baseball at the new Summerlin stadium, neighboring land could eventually sprout a range of projects.

Don’t expect a minicity to pop up anytime soon around Las Vegas Ballpark, but whatever gets built will depend on one company at the center of it all: The Howard Hughes Corp.

Hughes Corp. is not only developing Summerlin, Las Vegas’ largest master-planned community, but it owns the minor-league Aviators team, the ballpark and the land right nearby — not to mention the open-air Downtown Summerlin mall across the street.

The company — whose chairman, Bill Ackman, is a billionaire hedge-fund operator — had big construction plans even before it broke ground last year on the 10,000-fan-capacity stadium.

Dallas-based Hughes Corp. has said in filings with the Securities and Exchange Commission that it envisions 1.2 million square feet of offices, 77,000 square feet of retail space and 4,000 residential units on the 200-acre spread just east of the mall.

In a recent interview, Hughes Corp. executive Kevin Orrock, president of Summerlin, did not offer a time frame for how long it would take to develop the land near the ballpark, off Pavilion Center Drive between Sahara Avenue and Charleston Boulevard.

He said plans still call for a sweeping mixed-use project with housing, retail, offices and hospitality.

But he noted that the stadium and the neighboring City National Arena ice rink weren’t there a few years ago, so “things have changed dramatically.”

“We’ve got kind of a mini- or micro-sports component working now in the Summerlin area, which I think’s going to be a real positive for this area in terms of commercial development, retail. … Nobody else can replicate what we can do here,” Orrock said.

Asked if other developers have called to see if they can buy any of its land near the ballpark, Orrock said, “We’re not selling anything.”

“At this point our strategy is to grow our income-producing portfolio for the long term,” he said.

Orrock told the Review-Journal in 2017 that it could take 10 to 15 years to build out the entire 200-acre spread, which is mostly vacant but features two office buildings, the Life Time Athletic fitness club and the Constellation apartment complex, as well as the ballpark and ice rink.

More is in the works. Hughes Corp. is building the 267-unit Tanager apartment complex near the ballpark, and the company received Clark County approval in December for a 14-story hotel next to the stadium.

Orrock said the hotel is in design stages and that he expects tenants to start moving to Tanager this summer.

Summerlin wasn’t exactly hurting for homebuyers before the stadium was built. The 22,500-acre community has roughly 110,000 residents and boasts some of the highest home and land prices in the valley.

Among master-planned communities, it’s also one of the top spots in the nation for builder sales.

He doesn’t expect the stadium to make a “measurable difference” on house sales right away, but as more office tenants and retailers open up nearby, more people will likely move to the area, boosting home sales. 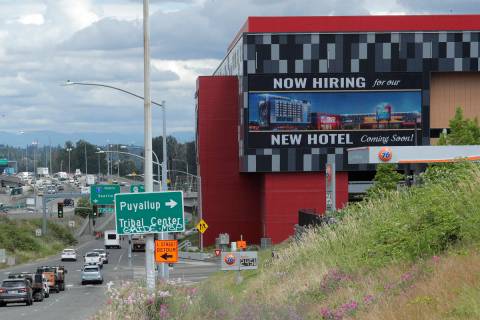 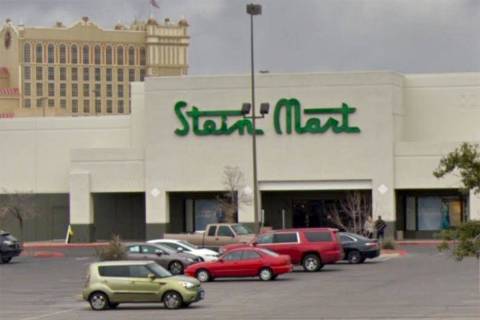 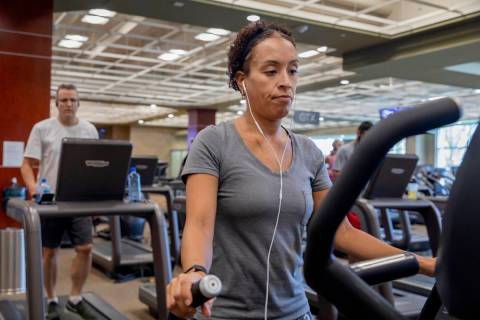