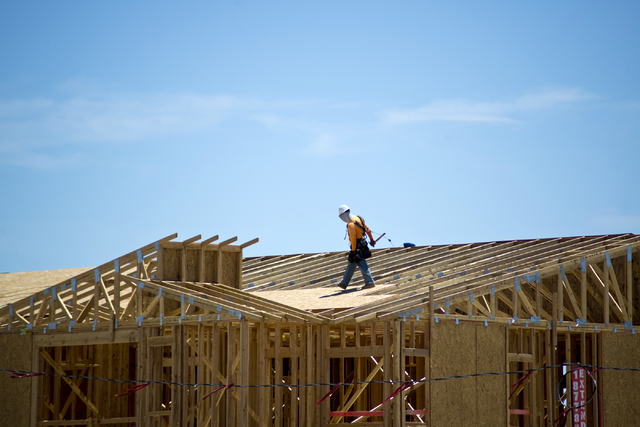 Las Vegas homebuilders are fetching near-record prices, a new report shows, though sales volume remains a fraction of what it used to be.

Buyers last month picked up 631 new homes in Clark County. That was a one-month drop of 247 recorded sales, but it brought the year’s tally to 6,273, up 14.2 percent from the same 10-month period in 2015, according to Las Vegas housing tracker Home Builders Research.

The median sales price of October’s closings was $335,000, up 5.7 percent from a year earlier. It was the fourth-highest monthly median since Home Builders Research started collecting local housing data in 1988, founder Dennis Smith said in the report.

Still, builders aren’t selling nearly as many homes in Southern Nevada as they used to. According to Smith’s research, builders closed nearly 39,000 new-home sales in Clark County in 2005 alone, during the real estate bubble.