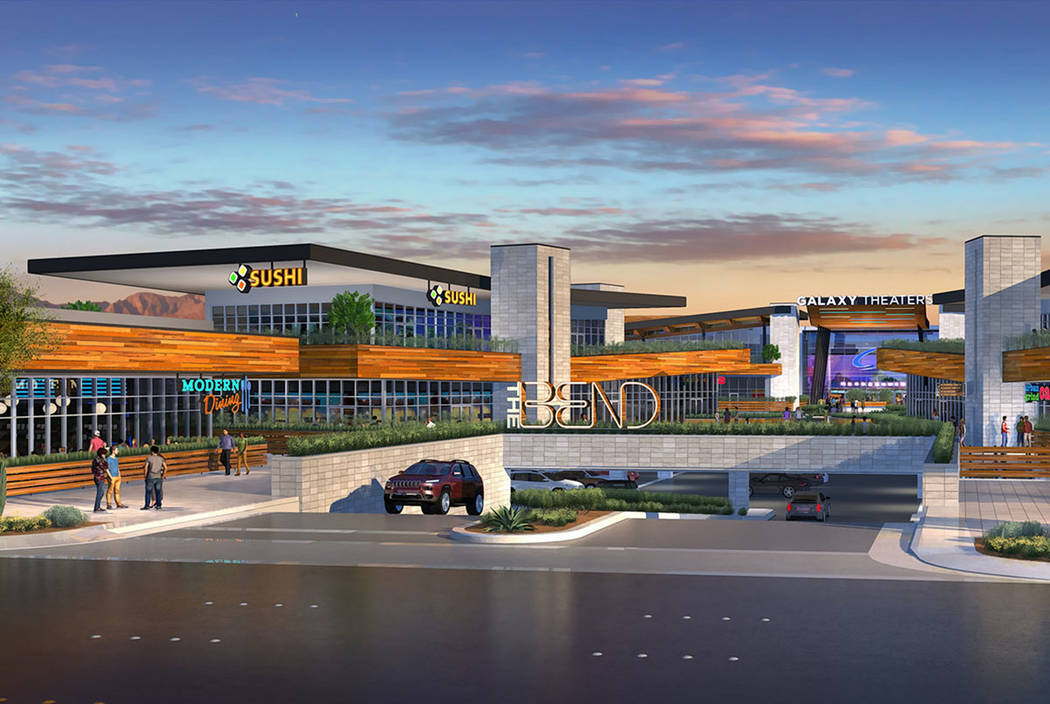 Developers plan to start building The Bend, a Las Vegas retail and office project with a movie theater, by year’s end.

Las Vegas developer J Dapper’s namesake firm, Dapper Cos., said Wednesday that it expects to break ground on The Bend “later this year” and that the project, across the street from Ikea, is slated to open in fall or winter 2019.

The Bend would span about 17.5 acres on Sunset Road between Durango Drive and Riley Street in the southwest valley and feature roughly 200,000 square feet of retail and a five-story office building, the Review-Journal reported in December.

It would be developed by three investors who own different sections of the project site: Dapper, Magnum Opes Corp. owner Michael Panciro and Dr. Dhaval Shah, an infectious-disease specialist.

Panciro said Wednesday that he’s looking to break ground on his portion of The Bend — the office building and a two-level parking garage — in December.

Shah said he aims to break ground on his section in the first quarter next year.

The Bend’s name is a spin on The Curve, a failed high-rise project from the bubble years that was supposed to be built across the street. The 215 Beltway curves there, and many people in real estate refer to this area as “the curve.”