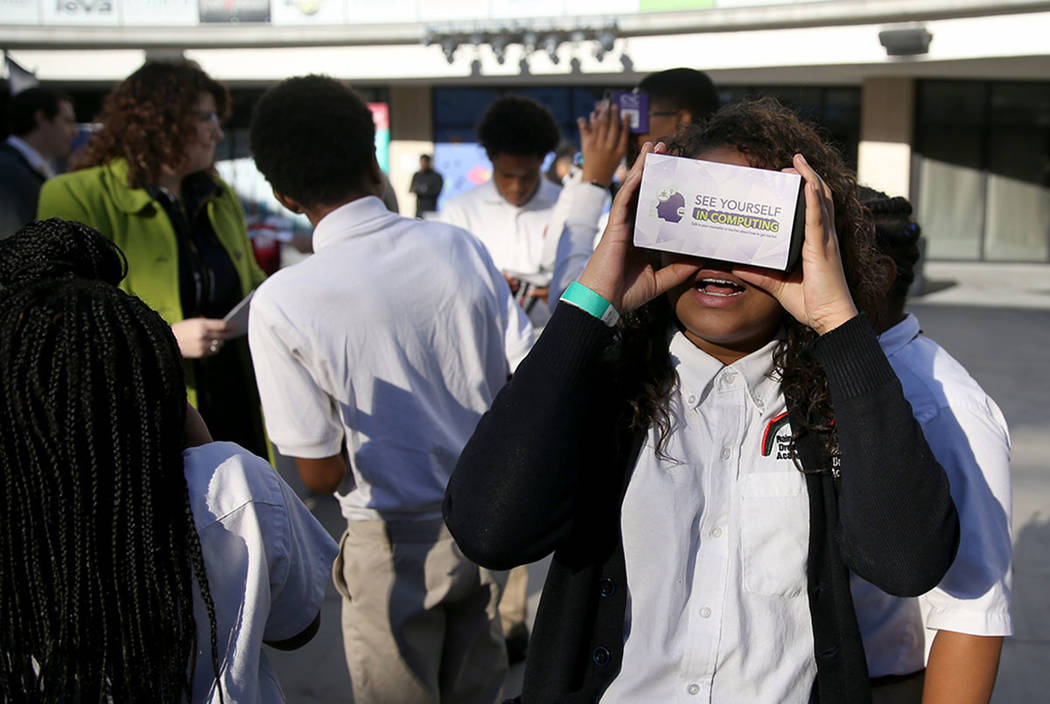 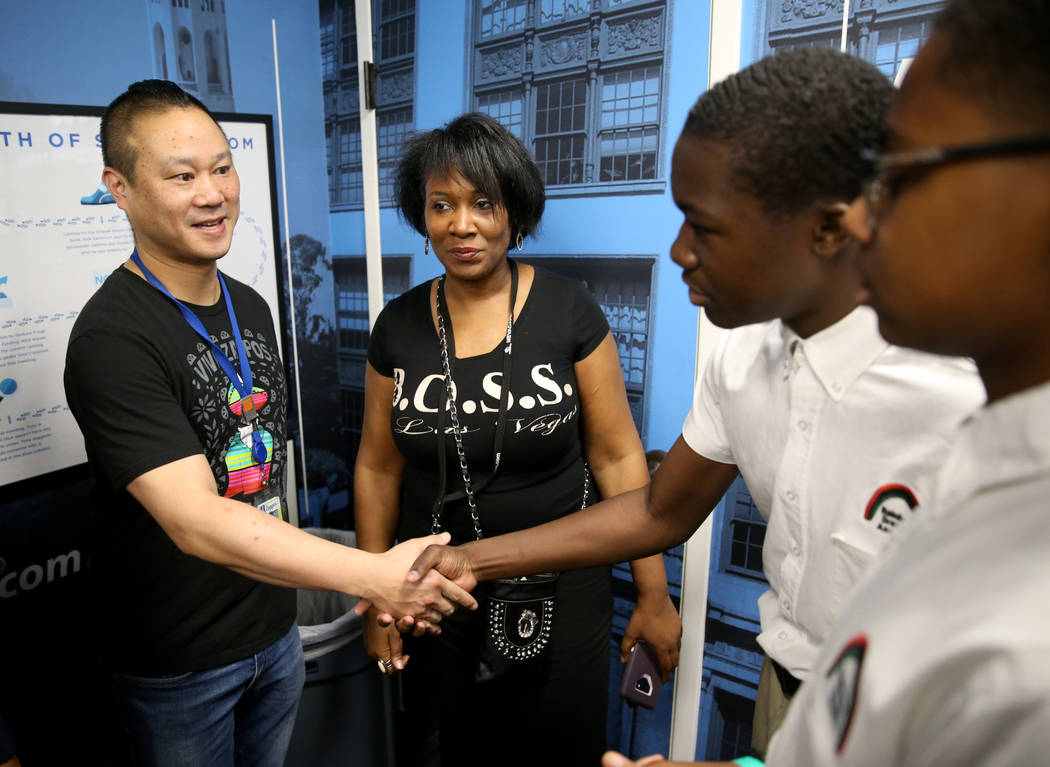 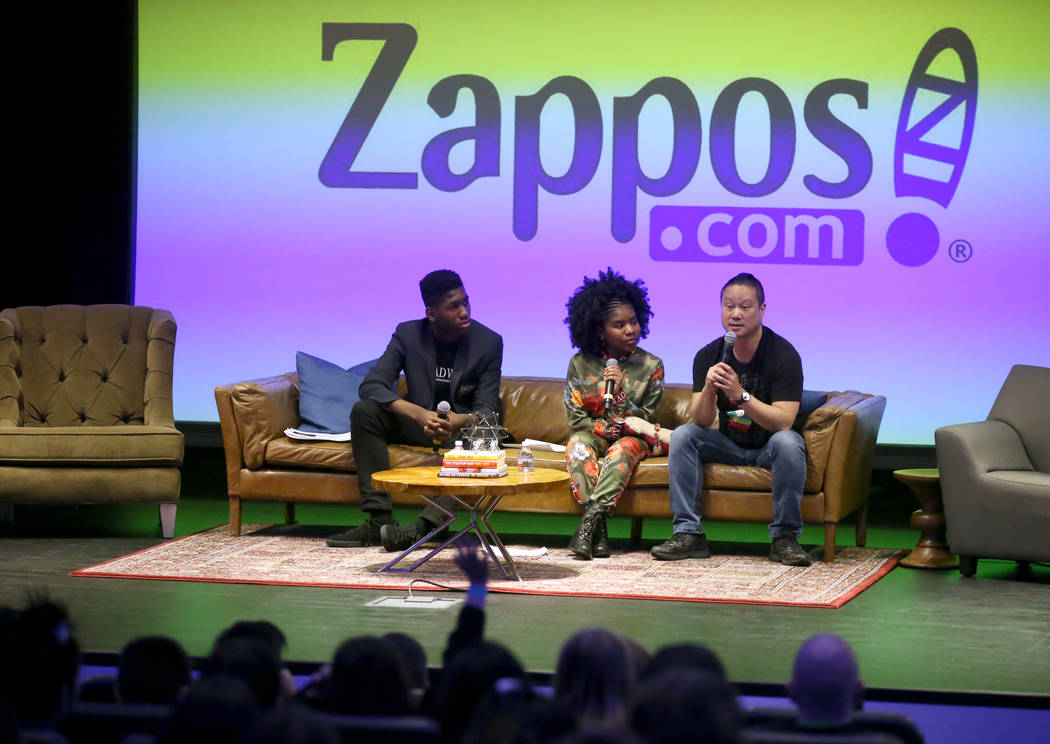 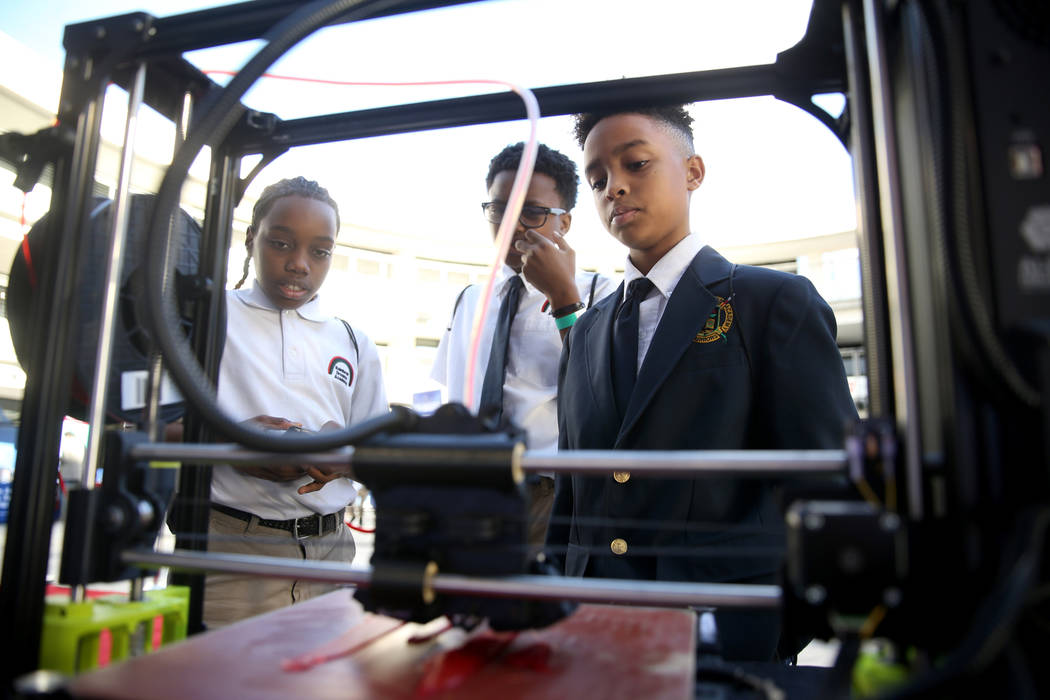 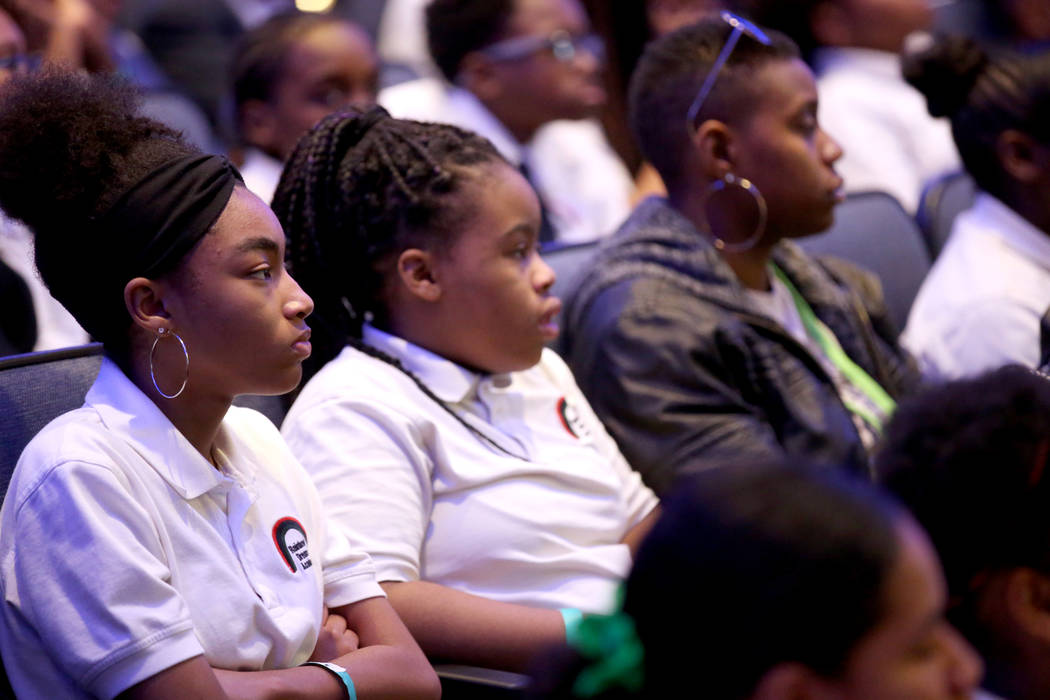 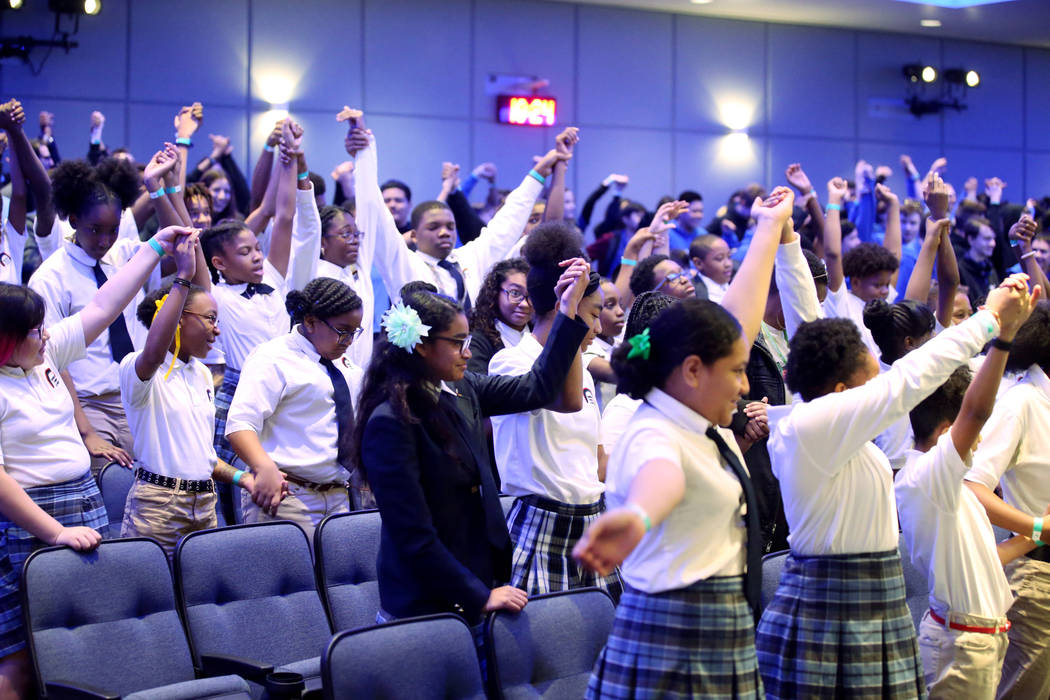 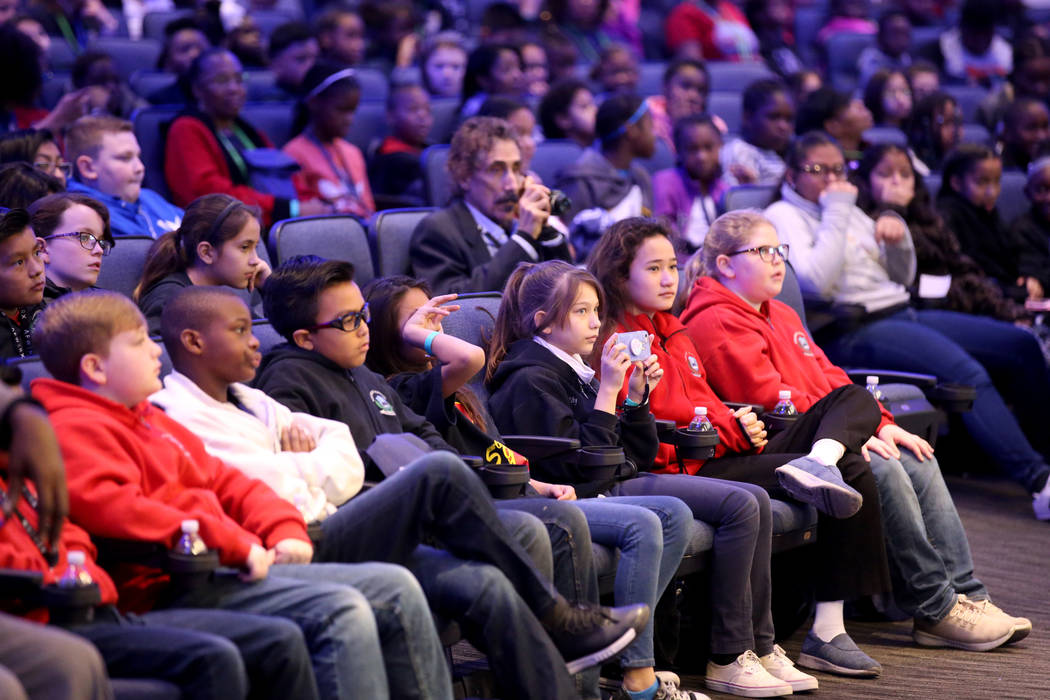 The students, from fifth grade to college-level, were able to ask community leaders and local entrepreneurs like Zappos CEO Tony Hsieh about the technology industry the Friday before Martin Luther King Jr. Day.

“Martin Luther King was one who celebrated diversity and equal opportunity for everyone,” event organizer Duana Malone said. “We wanted to expose these students to the opportunities and leaders in technology who look like them so that they can be inspired and motivated to hopefully go into a field with technology.”

Haunani Player, an 18-year-old senior at Legacy High School, had been interested in working as a nurse in the Peace Corps before the event. But exhibitors on Friday had her considering something more technology-focused in the medical field.

“They were talking about how there’s a need for medical technology,” she said. “They really (stressed) how much they need technology. … I thought it was very informational.”

The majority of the three-hour program featured panels that allowed students to ask questions directly to the likes of entrepreneurs such as Hsieh.

Students were able to ask the CEO about his successes and failures as a business leader, how he handles work-life balance and whether he’s a fan of the llamas in the video game “Fortnite.”

“It gave them a platform to ask questions they may not have been able to ask” otherwise, said Snehal Bhakta, director of the Clark County School District’s career and technical education department. “Having that information helps those students at an early age make better decisions as they move through K-12 and then college on what kind of careers they potentially want.”

According to a 2018 report from the Pew Research Center, black employees represent 9 percent of the workforce in science, technology, engineering and math occupations in the United States while Hispanics make up 7 percent. White employees account for 69 percent.

“A lot of these students being minorities, coming from Title I schools, they’re coming from schools and environments where they may not have access to technology and may not be aware of different technology companies and organizations here in town,” he said. “We have to do a better job here in educating those students, saying … they can do those jobs.”

Events like this are also held to help close the skills gap in fields related to science, technology, engineering and mathematics, said Reggie Richardson, a speaker and the CEO of Las Vegas-based engineering and integration consulting company Sapphire Innovative Solutions.

According to a 2017 report from the Nevada Advisory Council, the 17 percent job growth rate in STEM fields outpaced the national rate of 9 percent. Yet only 38 percent of schools in the state reported offering STEM activities during the school day.

“You guys need to get involved in it. … Find a way to get these voids filled, these gaps filled that we have,” Richardson told the crowd. “You guys are the future of tech.”

The students also had a chance to communicate via live-video with other students in London and Ghana to discuss technology and had opportunities to see live demonstrations of virtual-reality goggles and 3-D printing machines.

“We know at that young age, you never forget those impressionable times in your life, and we want technology to have that impact,” Malone said. “We want to have a focus on those individuals that may aspire to become technology business owners. We want to make sure they’re impacted by an influx of tech companies that are coming here.”