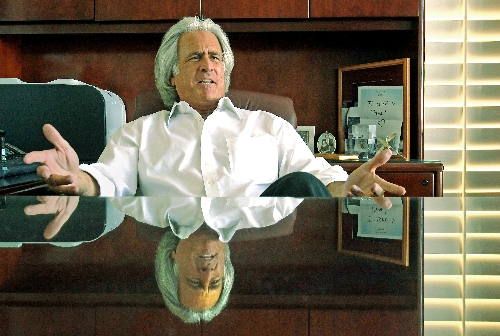 Henderson attorney Robert Massi is perhaps best known for his mane of white hair and candid legal analysis on his Fox News’ “Shattered Dreams” segments. But he is also an influential legal presence in Las Vegas, specializing in personal injury and real estate cases.

Massi is a 30-year veteran of the local legal scene and has built a reputation as a solo practitioner intimately familiar with the details of each case he takes on.

He sees himself as a counselor to his clients, who typically turn to him when dealing with the death of a relative or a home foreclosure. He receives countless emails from Fox News viewers seeking legal advice, including a recent missive from an active-duty military member facing foreclosure.

In his “Shattered Dreams” segments, Massi began discussing the issue of the Homeowners Assistance Program, which covers deficiencies when service members sell homes they purchased before July 1, 2006. Service members who bought homes after the cutoff date and must sell their homes due to relocation or deployment are not assisted by the government.

Massi plans to host a seminar about the program and how the housing crisis affects Las Vegas-area service members at 6 p.m. Sept. 22 at Aliante Station, 7300 Aliante Parkway.

Question: What are you hoping to accomplish by tackling the issue of military families and foreclosures?

Answer: Educate. I want to bring it to the public’s attention. Why should a wife with two kids and a husband in Afghanistan send an email saying, “We have a house that’s being foreclosed on.” You should put a moratorium on some of these things for the military.

Question: Why did you decide to become a lawyer?

Answer: I actually wanted to be a doctor and planned to go to medical school. It wasn’t like one of these passionate, “Oh my God, I have to be a lawyer” (things). It was more like, do I want to go to medical school or law school? When you’re 21 years old and say, “If I want to be a doctor, it’s another 10 or 11 years. If I want to be a lawyer, I’ll be done in three years and start getting into action.”

I went to law school.

Question: Have you developed a passion for law?

Answer: In certain areas. I’ve always been for the underdog. Always. I’m dyslexic. I didn’t discover that until the ’70s. As a result of that … I’ve always represented the underdog in my career. I represent people that have had tough times or bad things happen to them. That’s my passion.

Question: Why did you choose to practice civil litigation?

Answer: I could never even think about doing criminal law. I’m very black and white. Although I believe in the Constitution, I could never represent somebody that hurt somebody or molested a child. Thank God there (are) people out there that do that, because it keeps the balance going, but that’s not how I’m wired.

Question: Is there a particularly memorable case that you have worked on?

Answer: One is a case I had in the late ’80s, a very sad case. It was a woman whose husband died in a nursing home in Las Vegas. He had multiple sclerosis. When she would go visit him, the sheets would be tented, which is not unusual sometimes in a nursing home, but they tent them so the sheets aren’t on the body and cause them to sweat. Unfortunately, he wasn’t able to communicate. One day after visiting him for a while, she saw the stress on his face. She pulled off the covers and he was covered with ulcers everywhere. It was repulsive.

She went to several lawyers. I looked at this and thought it was unbelievable. We took the nursing home to trial and got a very large verdict for her. Since then I’ve had many cases against nursing homes, because it’s really a geriatric nightmare. Some of these places should not even be in business.

In personal injury, I do a lot of wrongful death cases … 90 percent of what I do is counsel and 10 percent is legal. My biggest job is to keep everybody’s emotions in check.

Question: How did you become involved with Fox News?

Answer: First I became involved in local news in 1985 with Channel 8. I did a video on how to get out of jail, how to find a lawyer and what to do when you’re in an accident. I had a segment called “Legal Ease.”

In 1995, I heard that Fox News was starting a cable channel. A good friend of mine had a friend, and encouraged me to send a video to Fox News in New York. I got a call around Christmas in 1995, and Chet Collier and Roger Ailes wanted to talk to me.

They get on the phone and said, “Hey, kid, I like your style. Your hair’s a little long, but we’ll work with it.”

That’s how we started. I’ve been under contract with them for 14 years.

Question: Did you ever cut your hair?

Answer: No. Not even a little bit. People don’t know my name but they see the hair and say, “I recognize you from TV.” It’s sort of become my brand, I guess. 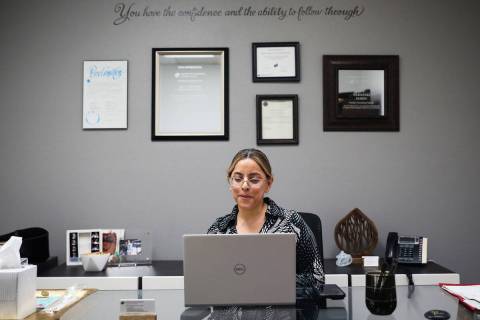