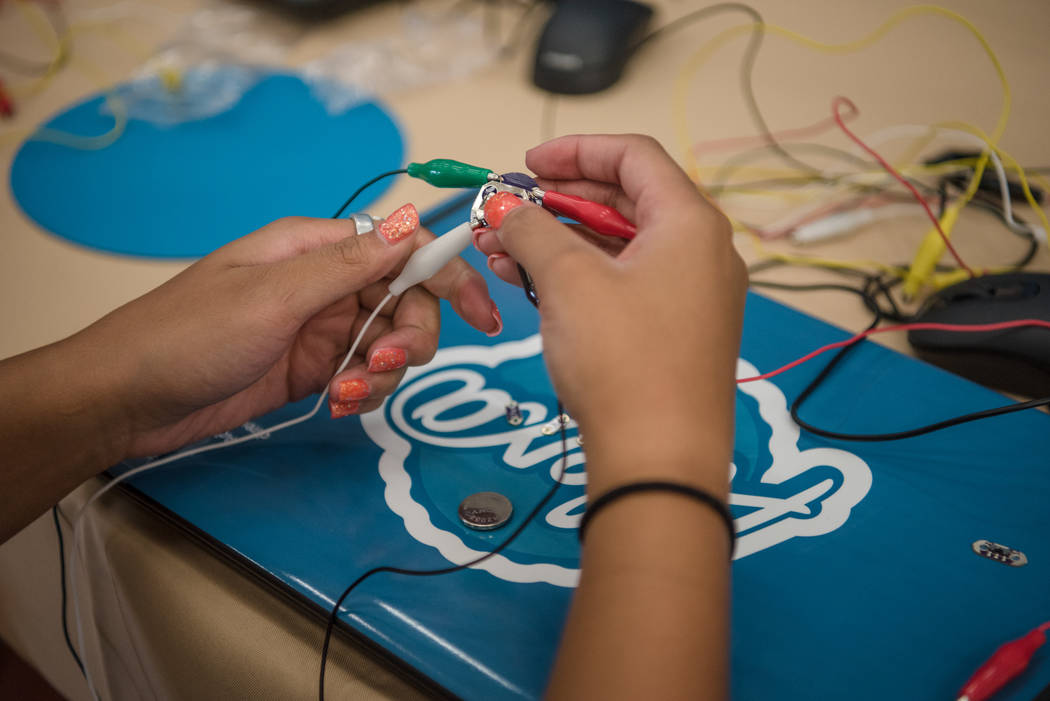 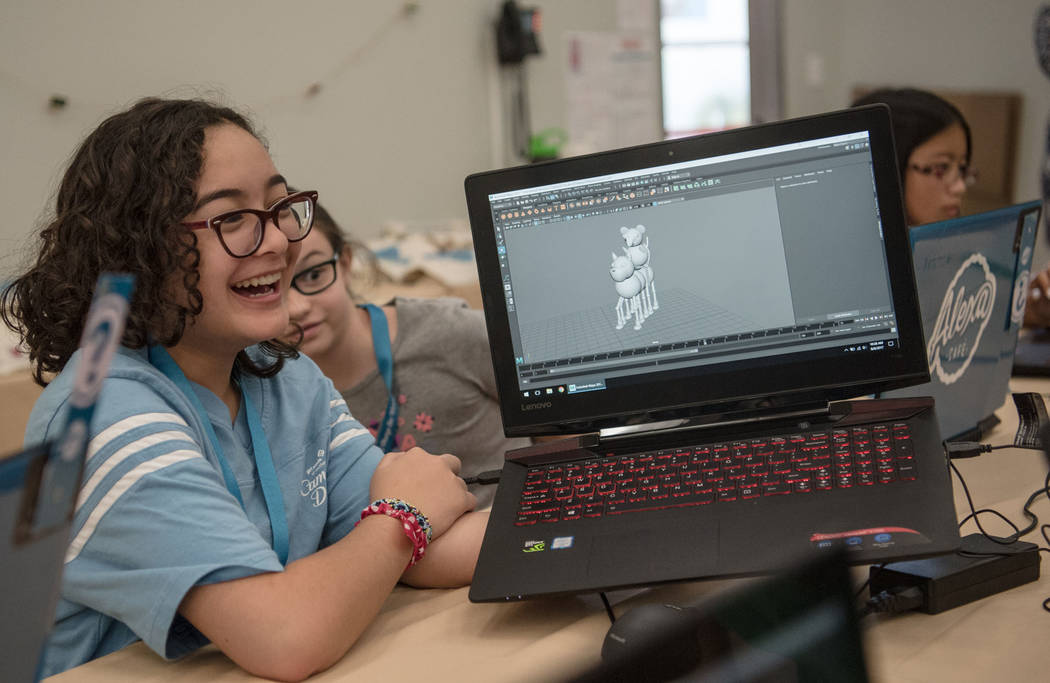 Athena, 13, jokes with other camp members about her 3-D model character during Alexa Cafe, an all-girls tech camp, at the Girl Scouts of Southern Nevada on Tuesday, Aug. 8, 2017, in Las Vegas. (Morgan Lieberman/Las Vegas Review-Journal) 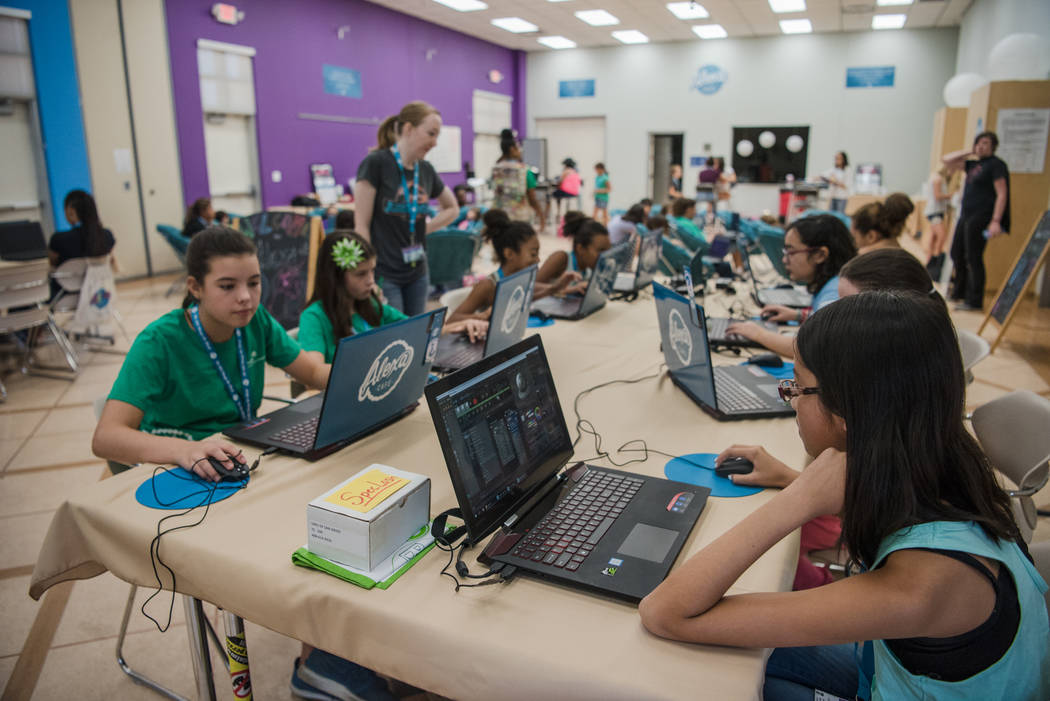 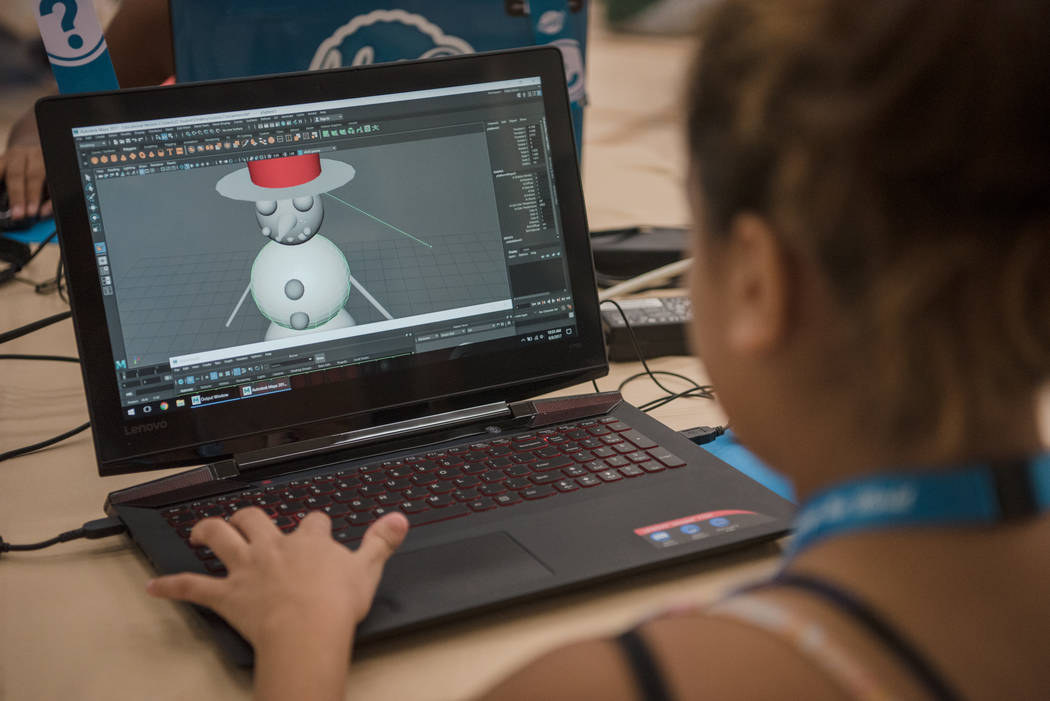 A 3-D model of a snowman in progress during Alexa Cafe at Girl Scouts of Southern Nevada on Tuesday, Aug. 8, 2017, in Las Vegas. (Morgan Lieberman/Las Vegas Review-Journal) 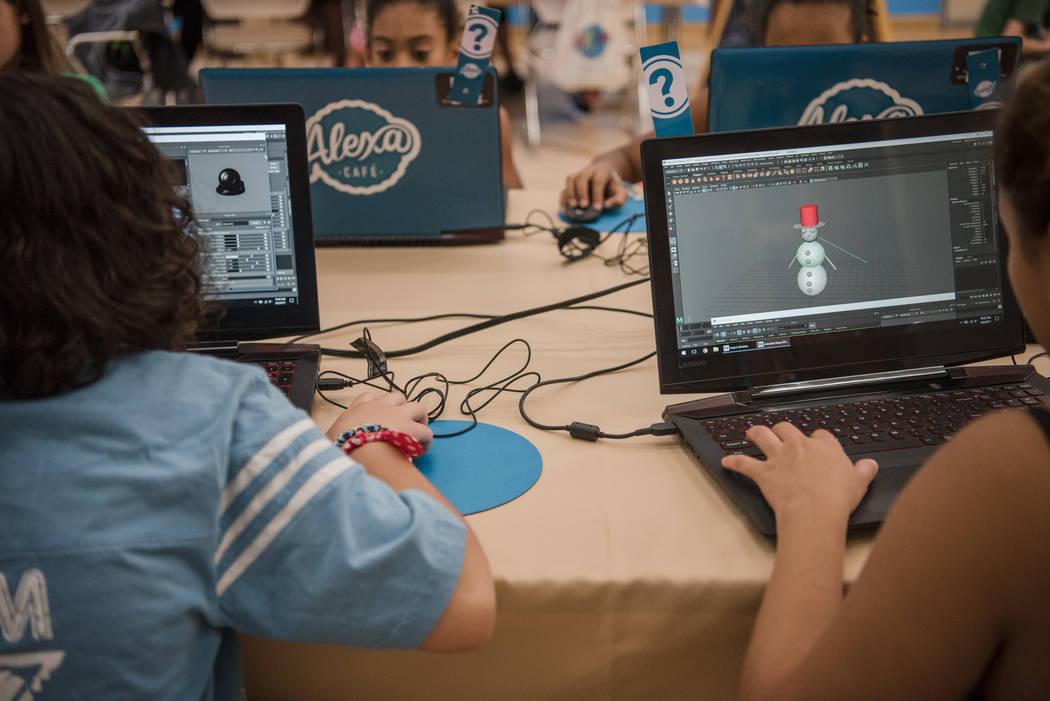 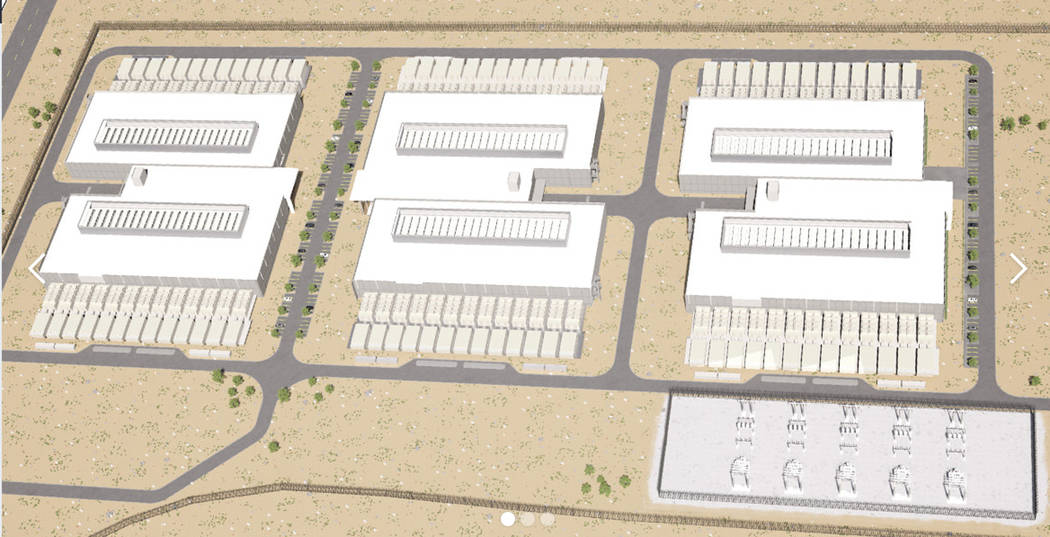 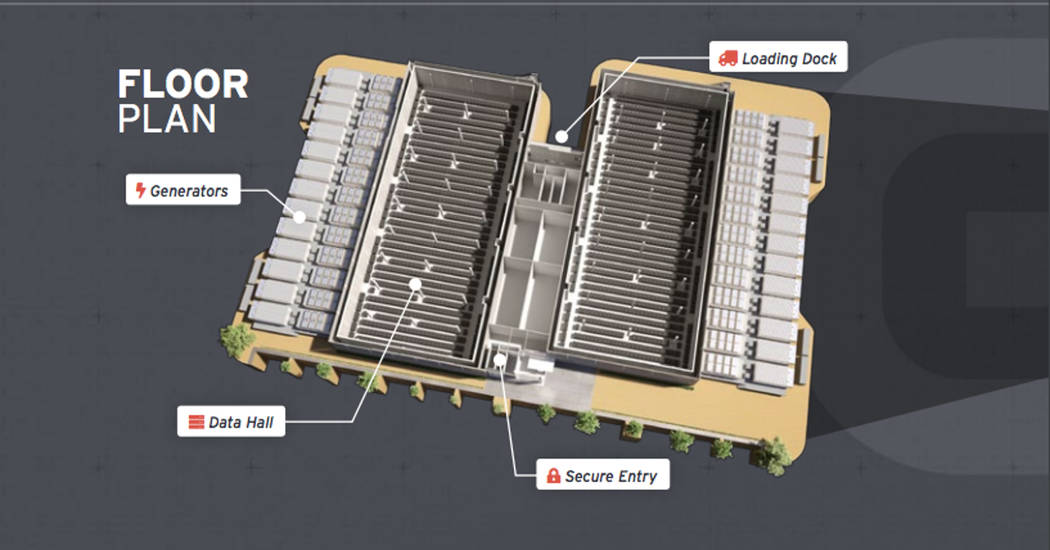 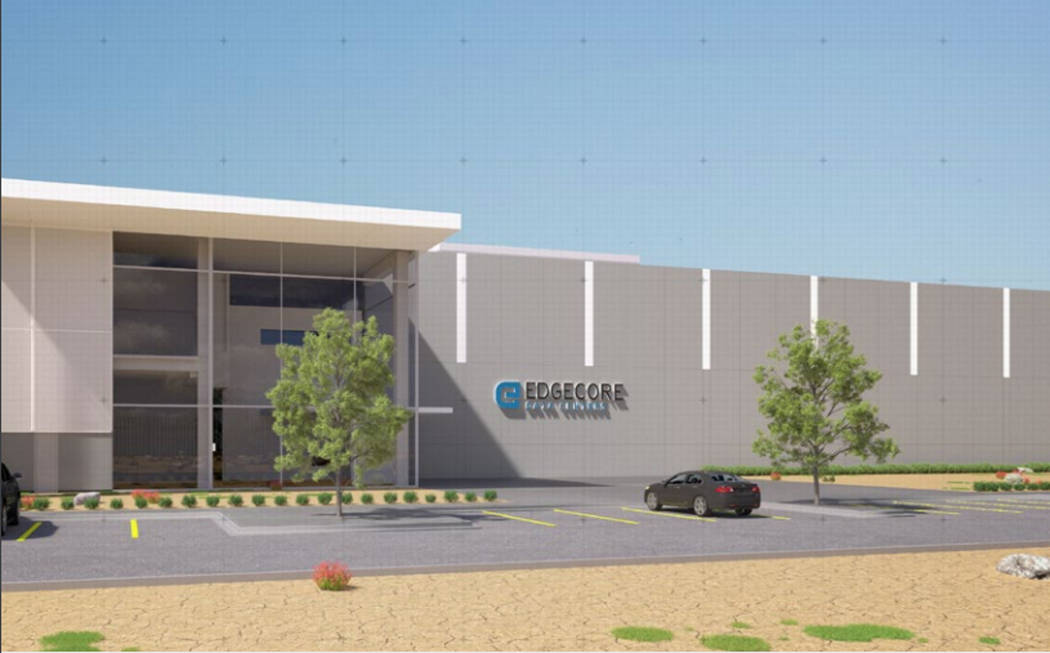 The board of the Governor’s Office of Economic Development is expected Thursday to approve $26.3 million in tax abatements to EdgeCore, which would seal the deal.

Matt Muell, the company’s senior vice president of investments, said EdgeCore is a startup with zero clients so far.

“Demand will continue and we want to position our platform accordingly,” Muell told the Review-Journal.

Legacy and emerging industries in the state will increasingly rely on big data, and several experts previously said Nevada needs more data centers in order for the new Nevada economy to mature.

The EdgeCore facility is slated to have 225 MW capacity, and will be built in phases with operations slated to begin early next year, Muell said.

The company broke ground on its first data center facility last week in Mesa, Arizona. The campus will start out a 180,000-square-foot building and will eventually expand to seven buildings totaling more than 1.25 million square feet in its final phase.

The company is eyeing Reno and Dallas for its next facilities, among other markets that it has yet to announce.

EdgeCore anticipates investing more than $106 million in capital equipment by the end of their fifth year of operations and plans to hire 50 employees by the end of the fifth year at an average wage of $23.68 per hour, according to its tax abatement application.

In other action Thursday, the economic development office is expected to approve $11.4 million in tax abatements to other companies locating to Northern Nevada in exchange for around $68 million in new tax revenue including:

AeroSpec NDT Services Inc. intends to establish a corporate headquarters in Reno, hiring 30 employees within two years with an average hourly wage of $31.37.

iD Tech plans to locate a warehousing and logistics operation in Reno, from which the company will prepare, distribute and maintain educational hardware, like robotics, circuitry kits, laptops and other supplies needed to run its programs.

The company will be investing around $5.5 million in capital equipment for their new facility and plans to plans to initially hire 14 employees at an average wage of $23.27 per hour.

Monin Inc. is is slated to build an 80,000 square foot manufacturing and distribution facility in Reno to support customer demand in 11 Western states.

Based in Clearwater, Florida, Monin is a global manufacturer of premium beverage syrups, concentrates, sweeteners and flavorings.

The company will invest approximately $11.8 million in capital equipment and plans to hire 30 employees by the end of the second year at an average wage of $23.48 per hour.

Headquartered is in Germantown, Wisconsin, Ellsworth Adhesives is a global distributor of adhesives, sealants, and dispensing equipment for a range of markets including transportation, medical, power, and general industry.

The company is slated to relocate its West Coast distribution operations from Irvine, California to Reno, which would entail building a new 120,000-square-foot facility to serve customers primarily located in the West and Southwestern United States and Mexico.

The company will be investing about $2.17 million in capital equipment and also plans to hire up to 18 employees by the end of year 2 at an average wage of $31.92 per hour.

A previous version of this story incorrectly identified the amount of tax abatements expected to be approved for companies locating to Northern Nevada. The correct figure is $11.4 million.