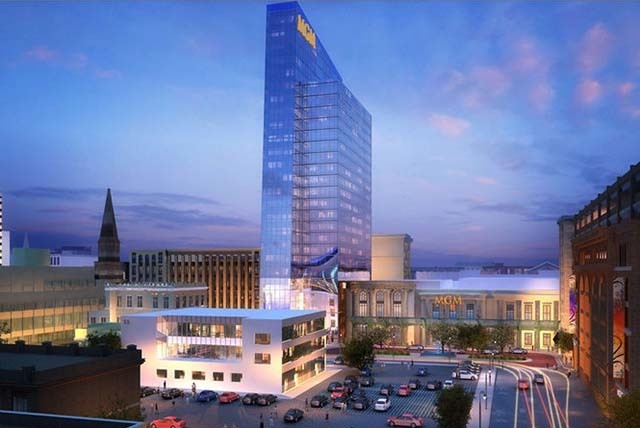 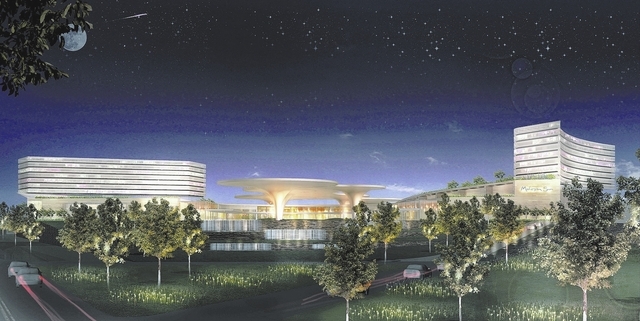 MGM Resorts International and its partners Monday were deemed suitable to operate a casino in Massachusetts, a crucial ruling by the state’s gaming commission that brings MGM’s $800 million resort in Springfield one step closer to reality.

MGM has proposed building a 250-room hotel with an 89,000-square-foot casino and 70,000 square feet of retail and restaurant space in a three-block area of Springfield, adjacent to Interstate 91. Springfield will receive more than $25 million annually in payments from MGM if the casino project is built.

“MGM is very proud to have received the unanimous support of the Massachusetts Gaming Commission after many months of diligent hard work and cooperation by all parties,” MGM Chairman and CEO James Murren said in a statement.

Also on Monday, Revere city officials and Mohegan Sun reached a host agreement for a casino resort in greater Boston. It’s a decision that might have a negative impact on Las Vegas-based Wynn Resorts and its project in Everett, Mass.

Everett Mayor Carlo DeMaria congratulated Revere officials and Mohegan Sun for reaching their agreement on Suffolk Downs, but he expects Wynn Resorts to be approved to build its Massachusetts project.

“At the end of the day, despite Suffolk Downs having another bite at the apple, the right proposal for our region is Wynn Everett,” DeMaria said in a statement. “The city of Everett, with Wynn Resorts as a partner, will continue to work hard and abide by the commissions regulations and the spirit of the law to place our city in the best position to host a world-class facility.”

According to the host agreement, Revere would get annual revenue of $25 million to $30 million, payments of $33 million before the casino opens, and about $40 million in infrastructure improvements.

The agreement will be put to voters early next year, according to Mohegan Sun. The gaming company moved to form a partnership with Revere after its plans to build a $1 billion resort casino in Palmer, Mass., were rejected by voters during a Nov. 5 election.

Mohegan Sun shifted the project to the Revere portion of the racetrack, according to the Boston Herald.

The Mohegan proposal will compete with a Wynn Resorts proposal for a $1.2 billion resort casino along the Mystic River near Everett. Earlier this month, state gambling regulators recommended that Wynn Resorts be deemed suitable to operate a casino.

The Massachusetts legislature passed a gambling law in 2011 that called for three resort casinos, one in each of the three regions of the state. Those regions are: Western Massachusetts, Greater Boston and the southeastern part of the state.

MGM’s resort in Springfield is the only plan for a casino in Western Massachusetts. MGM still needs approval from the gaming commission before it can be awarded the sole license to operate a casino in the western part of the state.

Murren said MGM’s approach from the start of the process has been “to be as forthright and thorough as possible in order to showcase our company’s … high standards.”

MGM has until Dec. 31 to file its full license application. The gaming company will then be required to present its proposal in a public hearing before the commission, followed by two community public hearings.

In a statement, MGM expected the dates to be set soon for January and February.

“We look forward to submitting our MGM Springfield application later this month, and to ultimately be awarded the sole gaming license in Western Massachusetts,” said Bill Hornbuckle, president of both MGM Resorts and MGM Springfield.

The $800 million resort is proposed for 14.5 acres of land between Union and State streets, and Columbus Avenue and Main Street in Springfield.

MGM anticipates the gaming commission will issue licenses for casinos in eastern and western Massachusetts by spring.