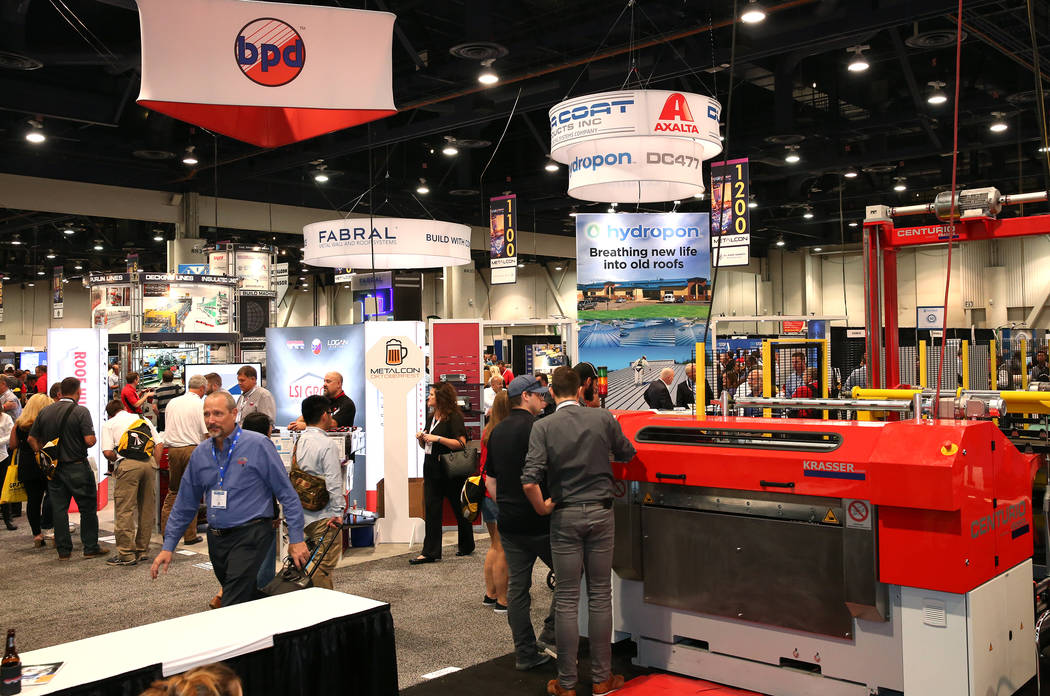 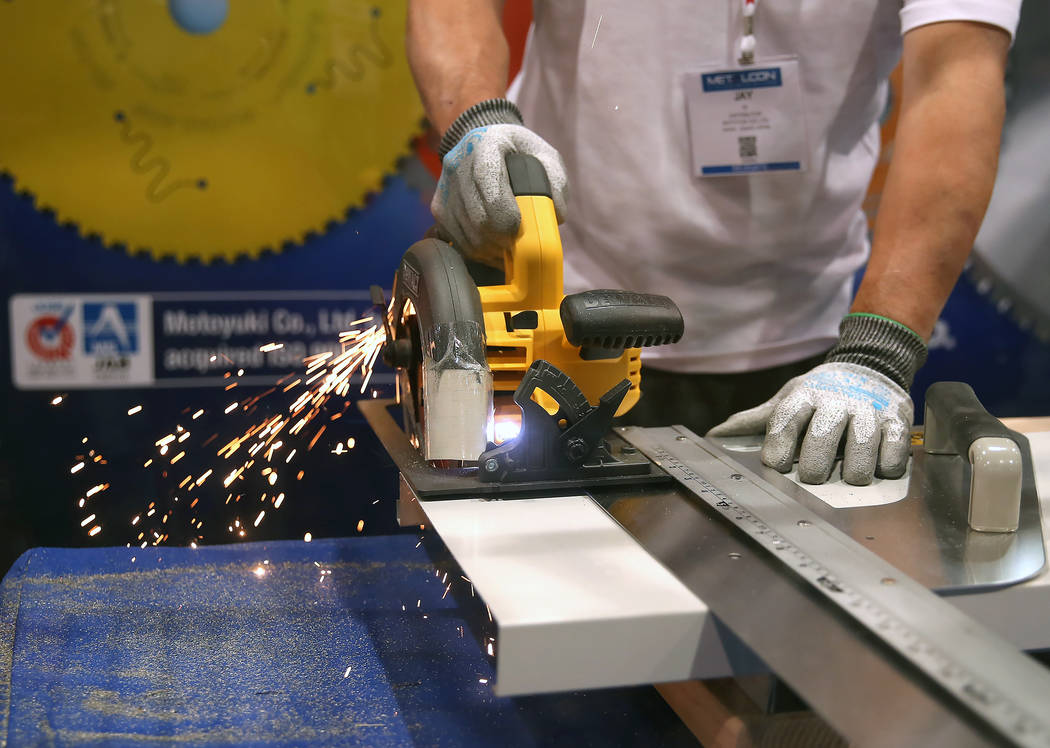 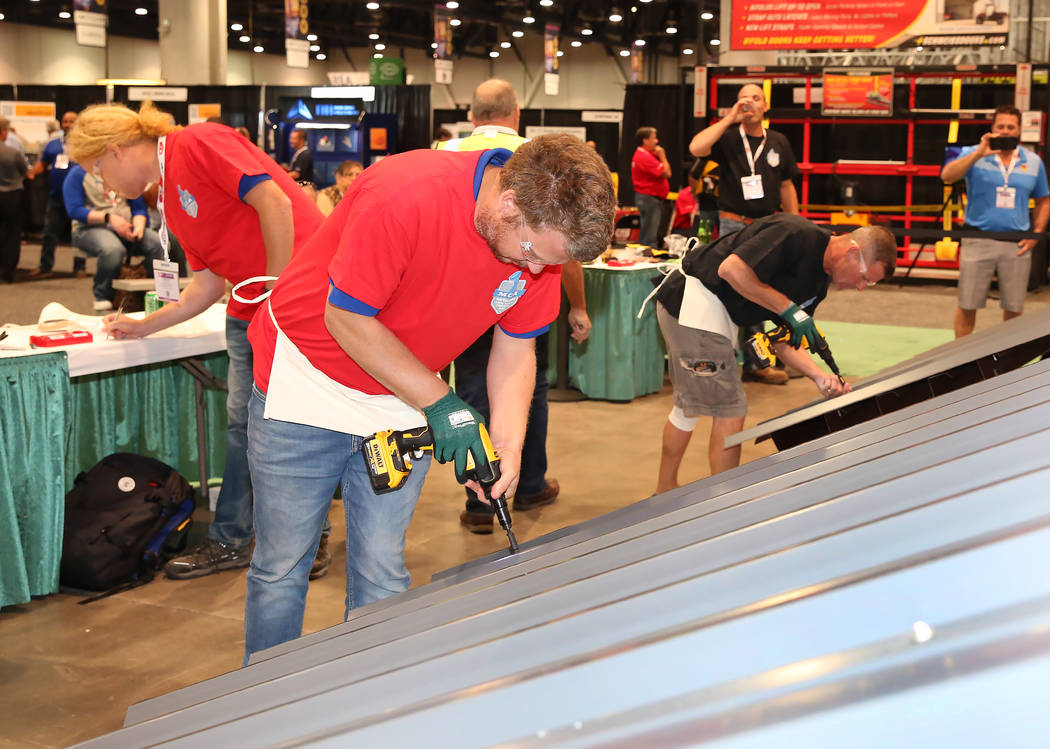 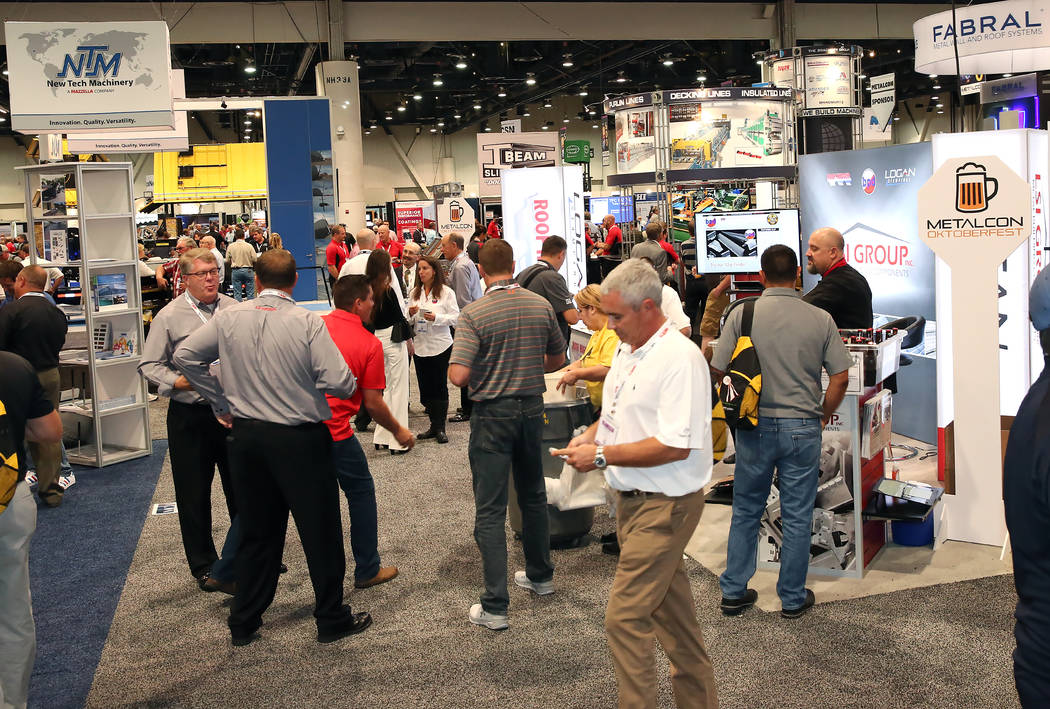 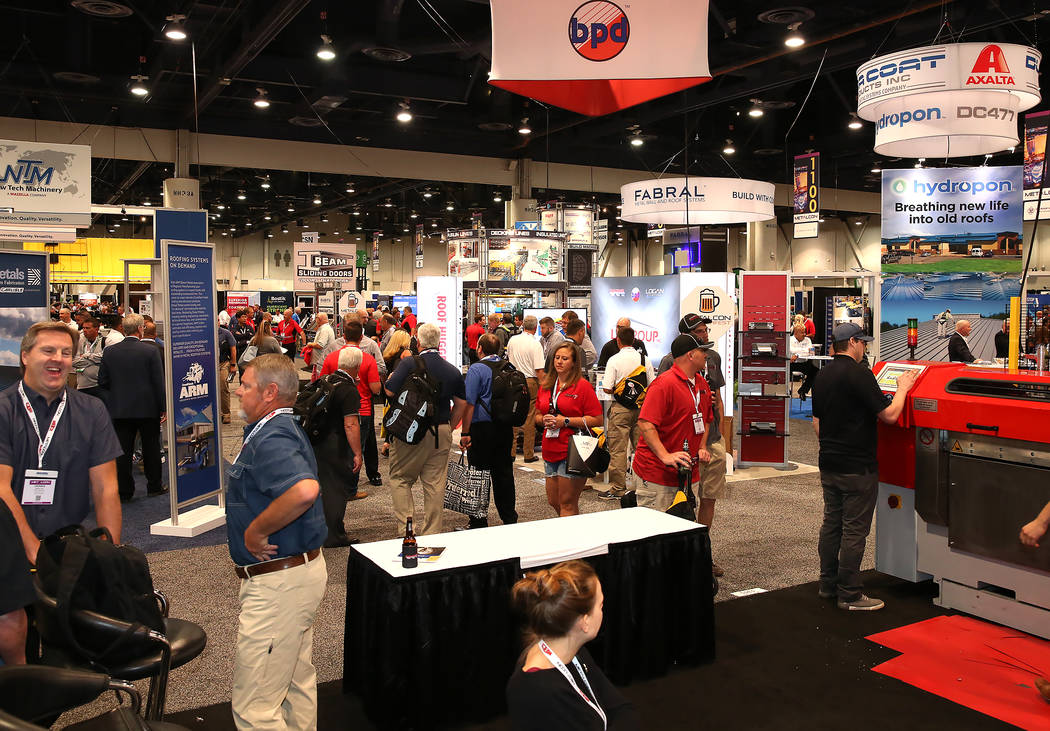 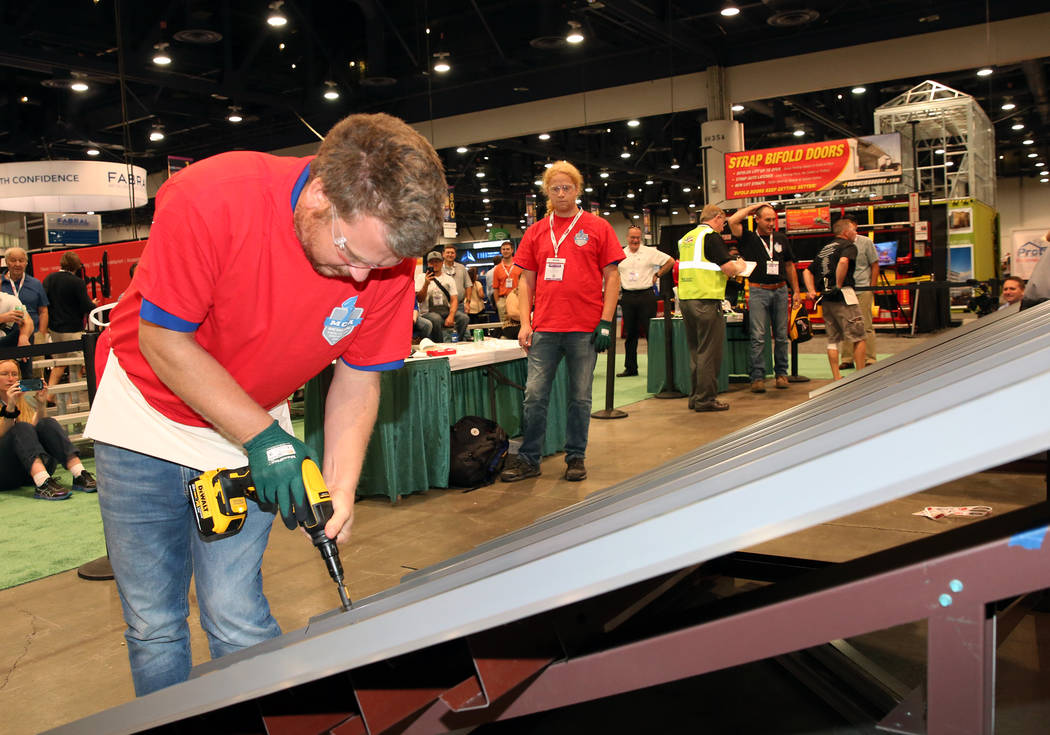 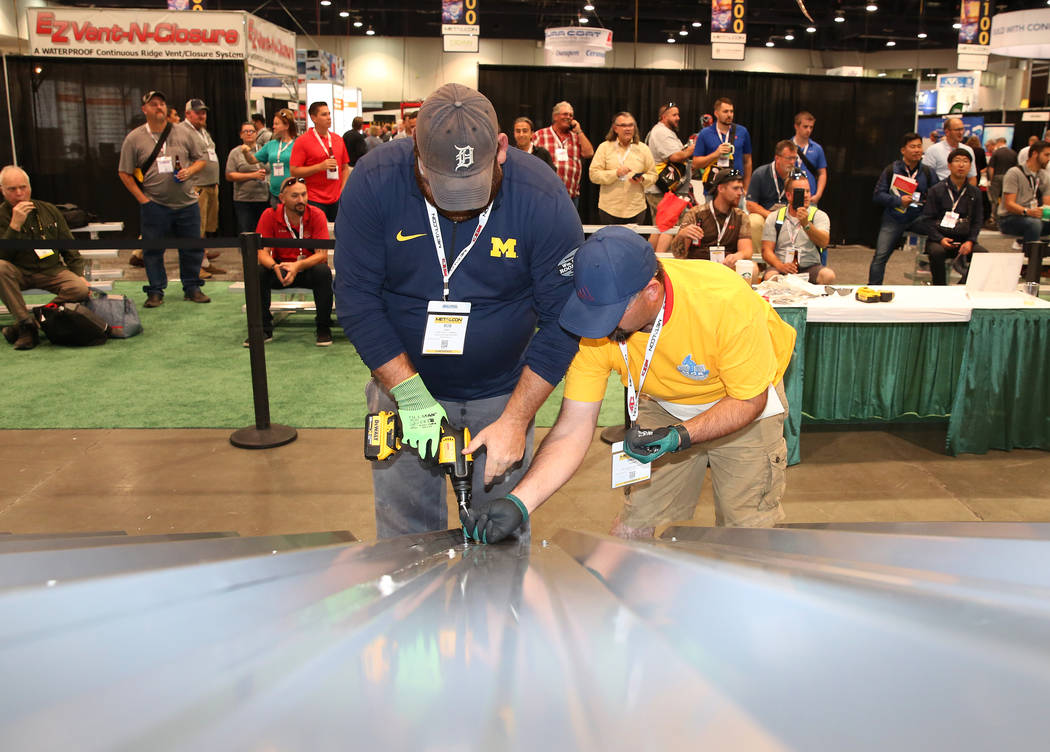 Hurricanes and fires are on the minds of metal construction workers as they gather this week in Las Vegas for MetalCon, the industry’s largest U.S. expo.

Industry professionals say demand for metal roofing has been growing in recent years, driven in large part by retrofitting of existing homes and commercial buildings.

Now, with hundreds of thousands of homes damaged or destroyed by natural disasters in Texas, Florida and California, metal workers expand demand to pick up as those affected repair or rebuild, some choosing more protective materials.

“Between the fires and hurricanes, these guys here are going to see a lot of activity,’’ said Claire Kilcoyne, director of MetalCon.

“We have seen a spike for sure in inquires. Homeowners are asking more serious questions about specs, though it may be a while before we see leads,’’ said Renee Ramey, director of Metal Roofing Alliance, a lobby group that educates and connects consumers with contractors, from her booth in the Las Vegas Convention Center.

Roofing Metal Alliance is one of about 250 exhibitors this year at MetalCon, a three-day show that ends Friday. About 6,000 construction professionals, from designers and builders to developers and contractors, attended to network, see new products, hear lectures and take classes. Roofing and walls make up the majority of metal construction demand.

Residential metal roofing is a $13 billion market and continues to grab market share, especially in regions susceptible to hurricanes, according to Metal Roofing Alliance.

Metal roofs typically cost twice as much as asphalt to install, according to Ramey. However, metal roofs have a longevity of 50 to 100 years compared with up to 20 years for asphalt roofs.

When including regular maintenance costs and repairs, metal roofs begin to save homeowners — or building owners — money on a 20-year time frame, said Metal Roof Consultants owner Chuck Howard, who came to the expo armed with a cost analysis spreadsheet.

Homeowners and business owners generally don’t have such a long-term view and thus choose the cheaper alternative, Howard said.

Hurricanes and fires started by embers falling on roofs, though, bring that calculation back into focus, said Scott Kriner, president of Green Metal Consulting. Metal roofs can often command a higher home price or lower home insurance, he said.

“The biggest market for us is reroofing after an owner has had a premature roof failure and they are concerned about the product,” Kriner said.

However, government-owned buildings such as schools, jails, airports and hospitals have greater long-term visibility and are retrofitting metal roofs at a fast clip, Howard said.

“That business is growing as fast as we can get contractors to do it,’’ said Howard, who worked on the roofing of McCarran International Airport. “It is the biggest untapped segment in the metal construction industry.”

However, that particular demand is coming from insurance companies, rather than construction companies.

“This year was considered the coming out party for the insurance industry in its usage of drones,’’ said Barnett, adding he signed numerous contracts with about a half dozen insurance companies to photograph hurricane damage.

Like other segments of the construction industry, metal roofing is experiencing a shortage of skilled labor. The shortage will rise to 17 percent by 2020, according to Brian Partyka, vice president of sales and marketing at Drexel Metals, a unit of Carlisle Co.

Entry-level roofers can earn $16 an hour, with veteran workers commanding multiples of that, industry professionals said.

Immigrant labor is key to closing that shortage, Howard said. He estimated that 60 percent to 70 percent of workers are immigrants.

Drugs, including medicinal marijuana, are making the labor shortage worse, said Trenton Cotney, a lawyer who specializes on the construction industry.

Companies are struggling to maintain a drug-free work environment as they seek talent, Cotney said during a presentation at MetalCon.

“I have seen companies opt out of being a drug-free work place because they can’t find enough drug-free workers,” he said, warning that will open them up to potential liabilities.

The labor shortage means that homeowners with a damaged roof may have to wait months before they can get it repaired. Cotney, who is based in Tampa, Florida, said the wait in his state could be as long as four months.