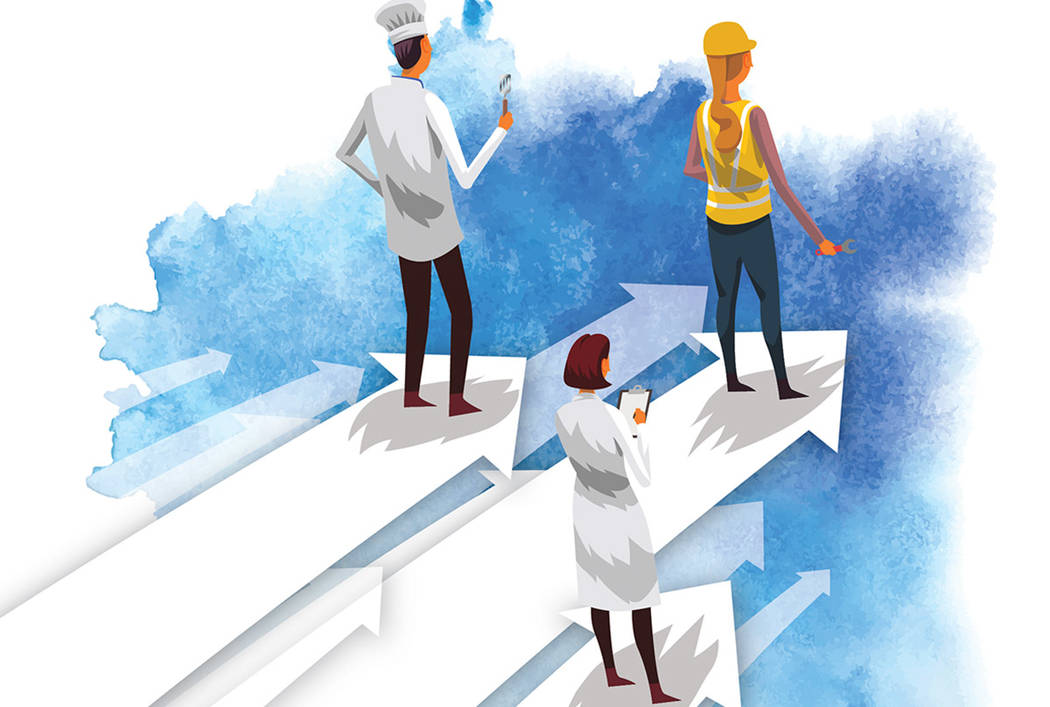 Nevada has among the highest rates of personal income growth in the country in the third quarter of 2018, according to recent data from the U.S. Department of Commerce’s Bureau of Economic Analysis.

“This is a real positive sign,” said Jeremy Aguero, principal analyst for Las Vegas-based Applied Analysis. “It reflects the resilience and the resourcefulness of the state of Nevada.”

The biggest contributing factors to this jump are the state’s employment and population growth, according to Aguero.

Aguero said it’s a far cry from just a decade ago.

“It wasn’t that long ago that we were among one of the worst economies in the state,” Aguero said. “Now, we’re leading employment growth and population growth. That’s a long way to come for an economy like ours.”

But it’s important to keep these numbers in context, said John Restrepo, principal of Las Vegas-based RCG Economics, via email.

Wage and personal income growth in Nevada “have lagged behind other states,” Restrepo said.

“The job market has finally tightened enough to see broad wage increases (and) higher work hours,” he said. “That said, ‘inflation adjusted’ wages are 9 percent below what they were in December 2007 at the start of the Great Recession. But at least, the trends are finally in the right direction.” 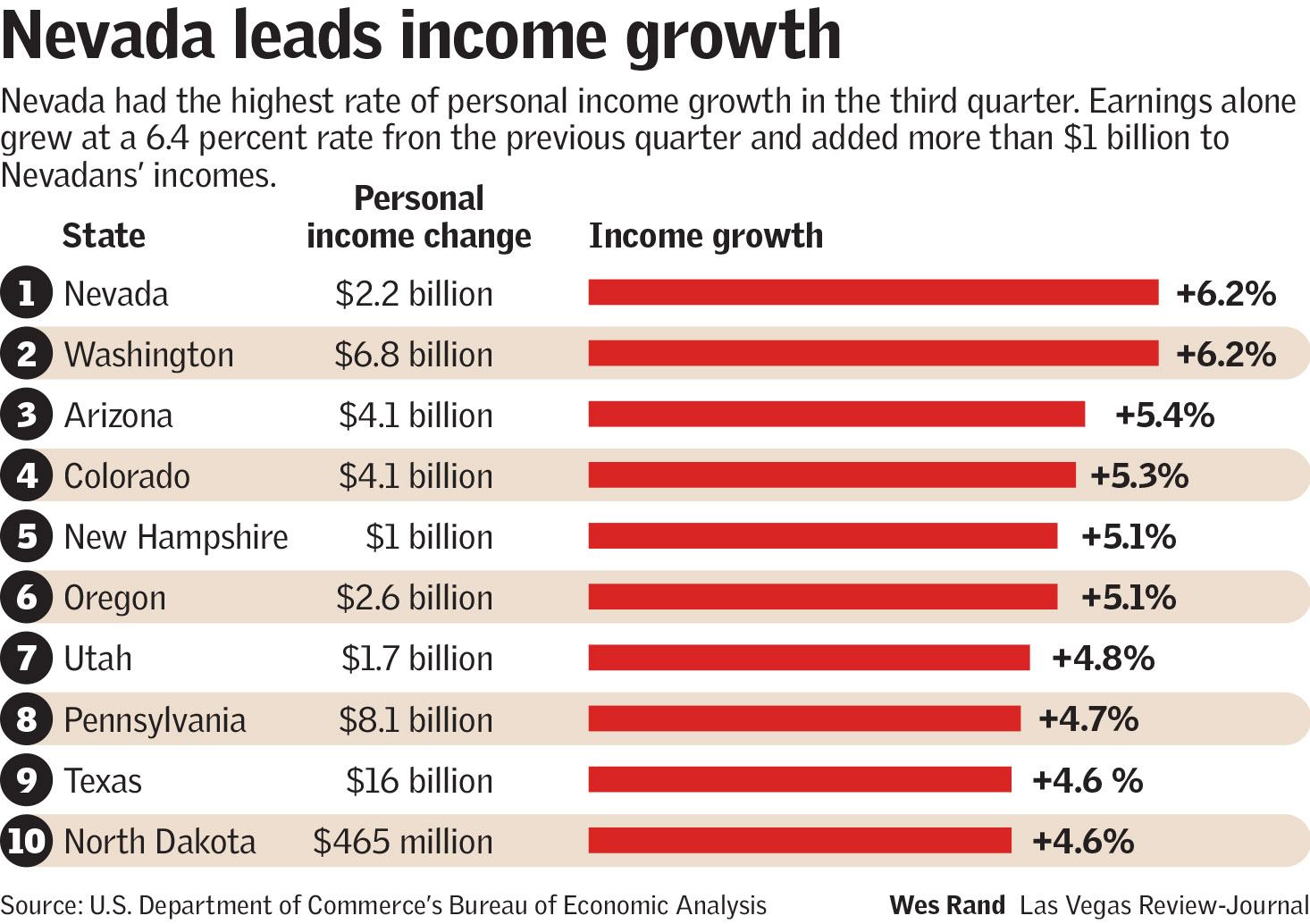 The accommodation and food service industry, construction industry and professional, scientific and technical services industry had some of the highest earnings increases in the state.

The local construction resurgence “translates to real wages and salaries to workers in construction,” he said. “(Construction jobs) are relatively high-paying jobs.”

Aguero said organizations like the Governor’s Office of Economic Affairs and its efforts to bring in businesses like Tesla to the state have played a major role in these industries’ growth.

“The state of Nevada has redefined economic development efforts, and those have been successful,” Aguero said. “Not only are we diversifying into new industries, we’re seeing development that’s helping us expand our current industries.”