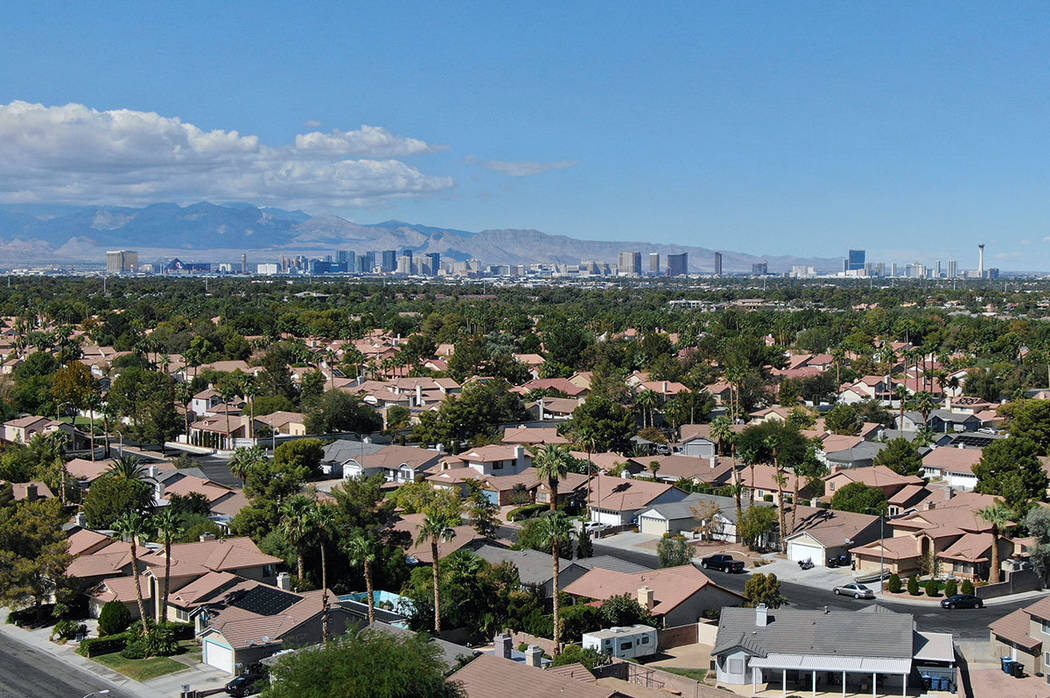 Nevada’s economy is stronger than it’s been in years; the state leads the nation in both job growth and population growth, and employment rates are at an all-time high, according to the Bureau of Labor Statistics.

But a shrinking middle class poses a threat to the state’s economic growth, according to Jonas Peterson, CEO of the Las Vegas Global Economic Alliance.

The middle class is the “backbone of our economic development work,” Peterson said at the business association’s State of Economic Development event Wednesday morning. “If we’re going to build the economy that we aspire to be, we need to do a better job.”

In 2016, Nevada’s middle class made up 52 percent of the population, a 5 percent drop from 2000. The gap between household income and home price in Clark County has also been growing, according to Pew Research.

“The middle class is being squeezed,” said Jeremy Aguero, principal analyst at Las Vegas-based Applied Analysis. “I think it has the biggest impact on the economy.”

There are a number of reasons why the class is shrinking in Nevada and the U.S., according to John Restrepo, principal at Las Vegas-based RCG Economics. He pointed to challenges like the loss of private sector union members and companies outsourcing jobs to other countries, as well as an increase in automation.

“Jobs have been replaced by automation and robots,” Restrepo said.“That’s happened here in Southern Nevada and throughout the country.”

However, Robert Fellner, policy director at the Nevada Policy Research Institute, said a decrease in the number of middle-income households reflects that people are getting richer. The percentage of higher-income households has nearly tripled since 1970, according to U.S. Census data.

A 2014 study by Thomas Hirschl of Cornell and Mark Rank of Washington University found 12 percent of the population will find themselves in the top 1 percent of the income distribution for at least one year.

Peterson said the middle class is essential for the nation’s consumer-driven economy; the upper-class tends to invest their money, while those in the lower class are “just trying to get by.”

And Nevada is more reliant on consumption than most of the country, with about three-fourths of the state’s gross domestic product spurred by personal consumption, Peterson said.

“Less people are driving that consumption, and it becomes more difficult to reach our aspirational economy,” he said.

Strategies for a solution

Peterson said there are strategies to grow the state’s middle class.

“There’s no silver bullet for solving the problem,” Peterson said. “We have the most remaining economic growth potential, we’ve got more to go than any other state. But we need to start moving in the right direction.”

Restrepo said that it’s possible to grow Nevada’s middle class, but it will take time.

“We have all of the ingredients there to do something,” he said. “It’s the job of community leaders, business leaders and political leaders to relentlessly be pragmatic on what we need to invest in the community to improve the middle-class situation.”