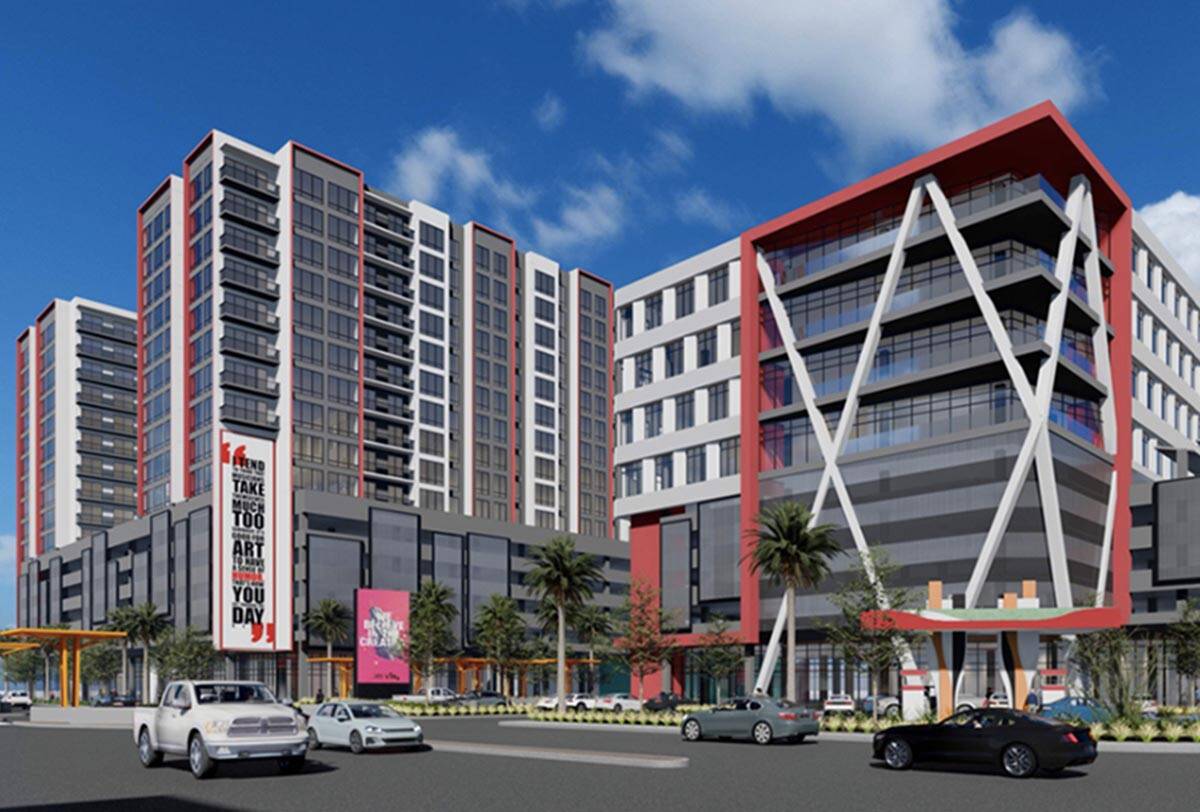 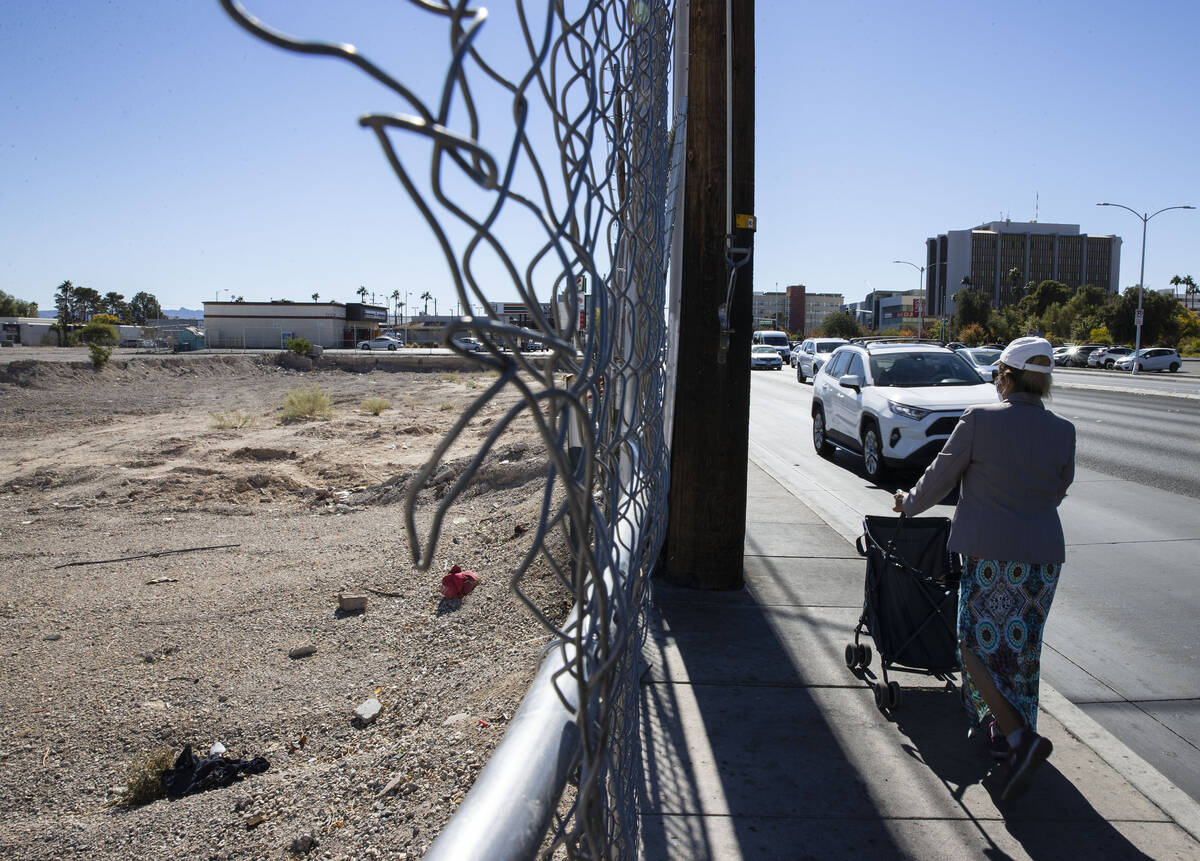 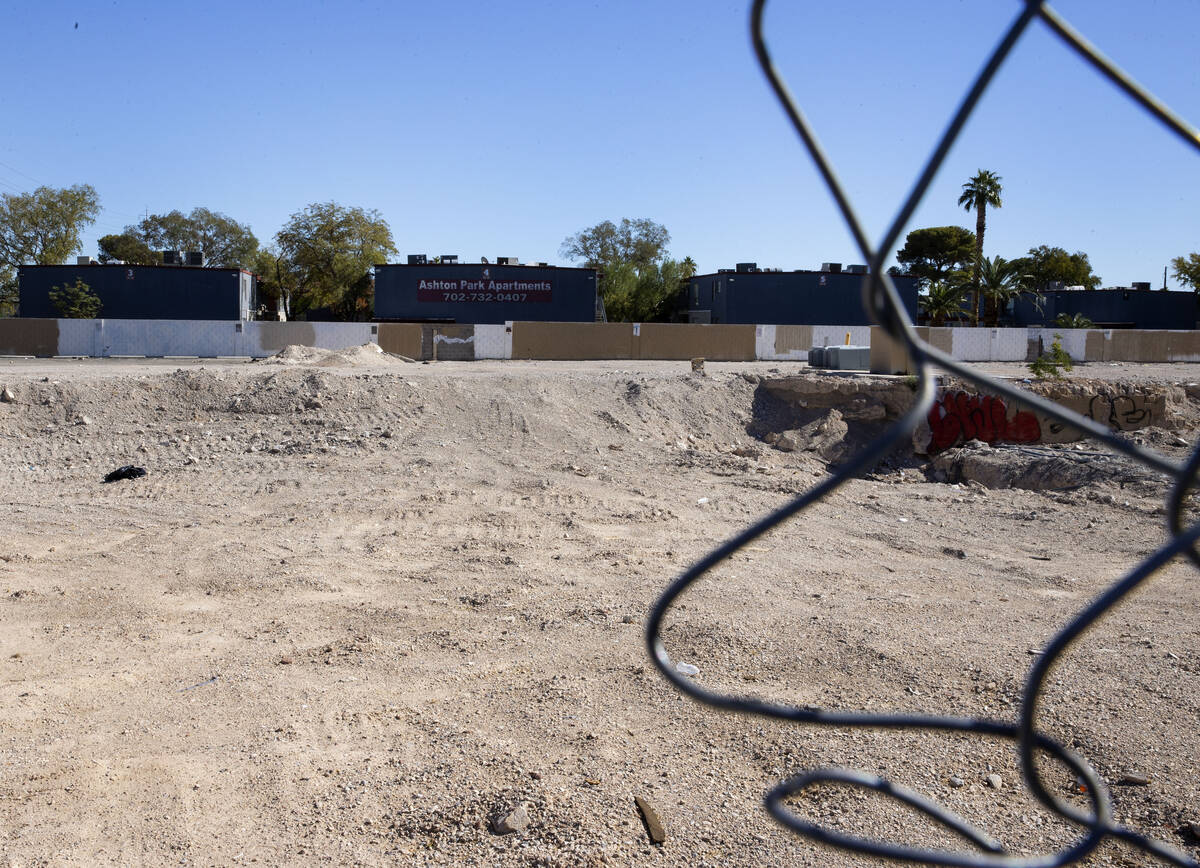 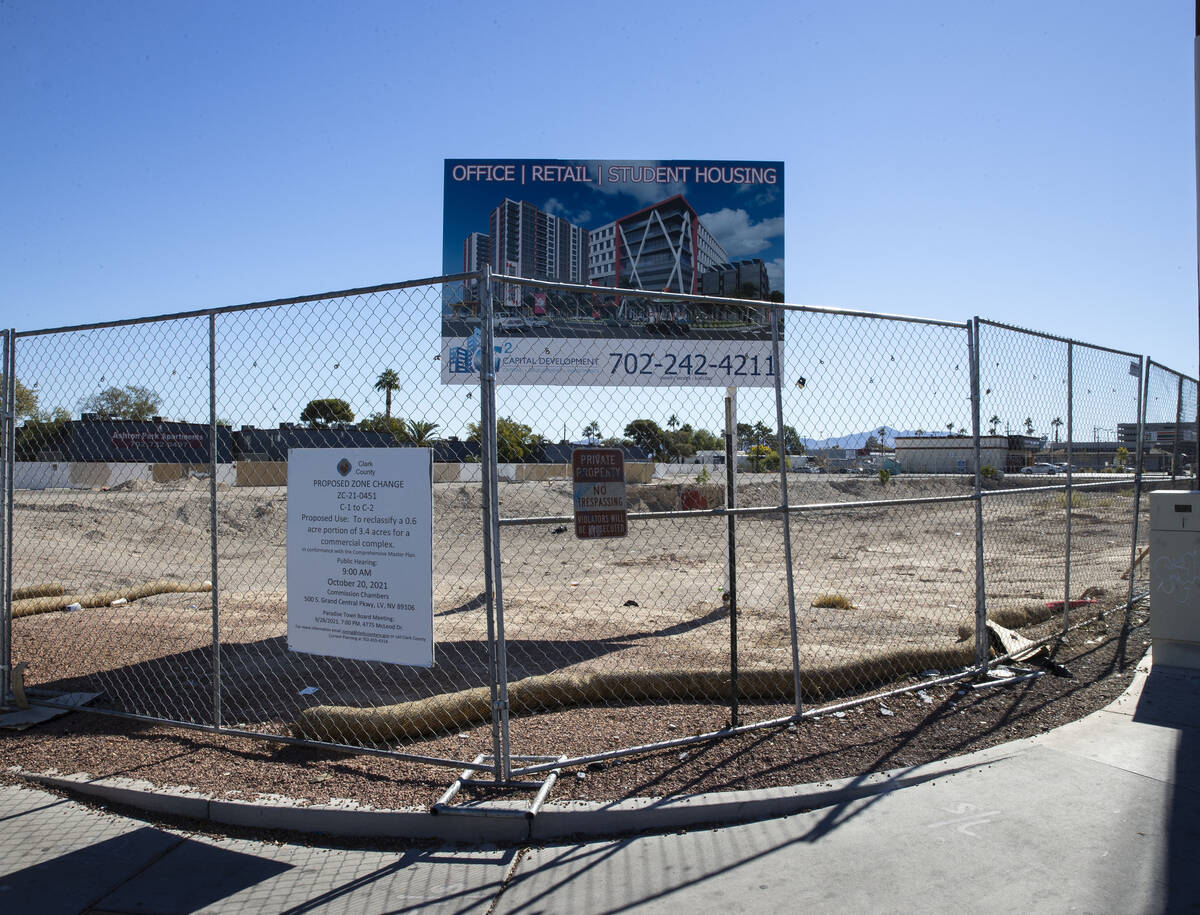 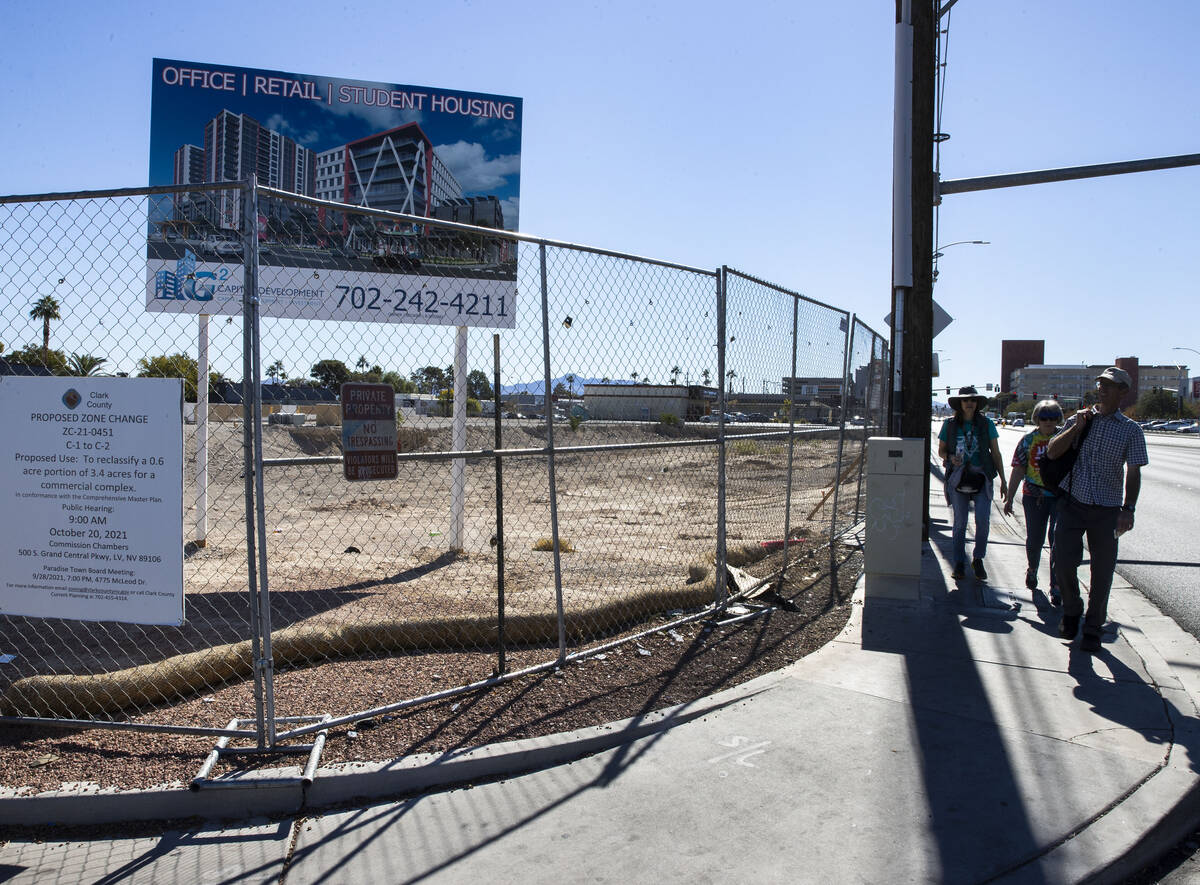 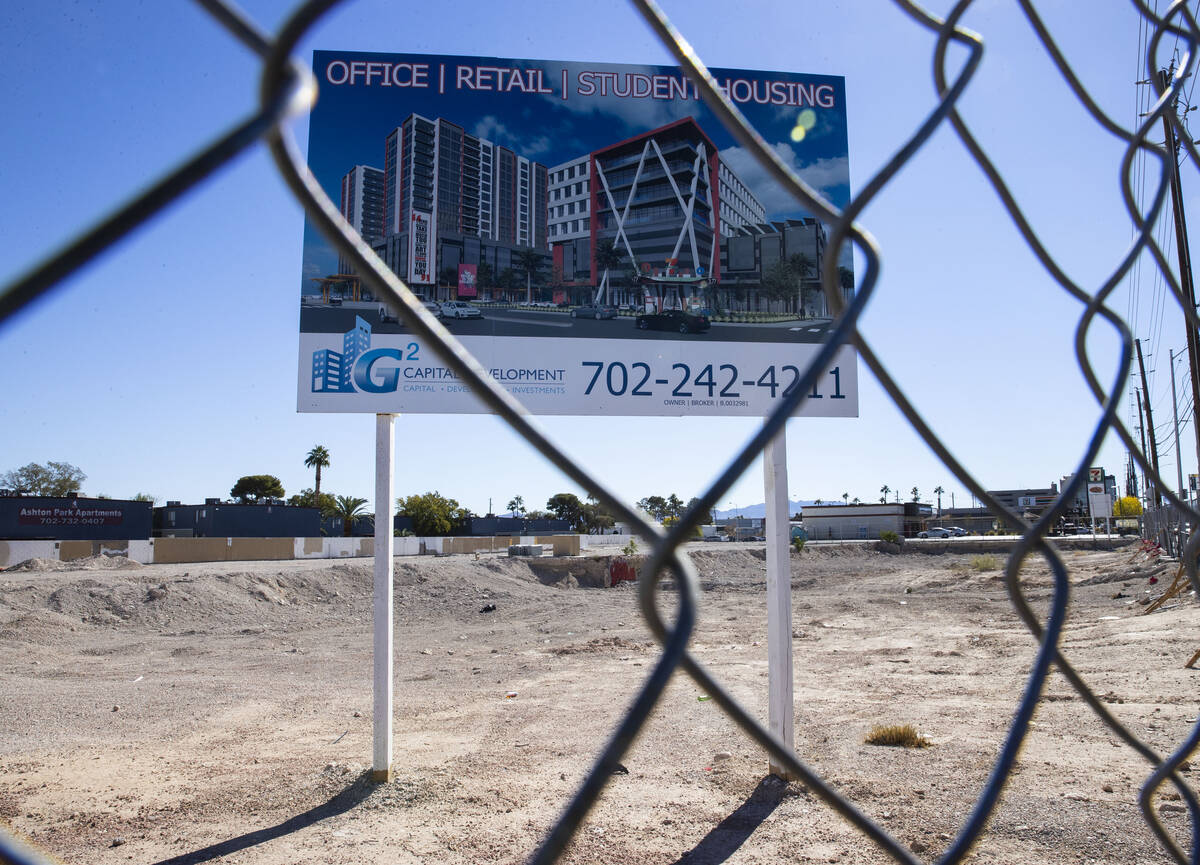 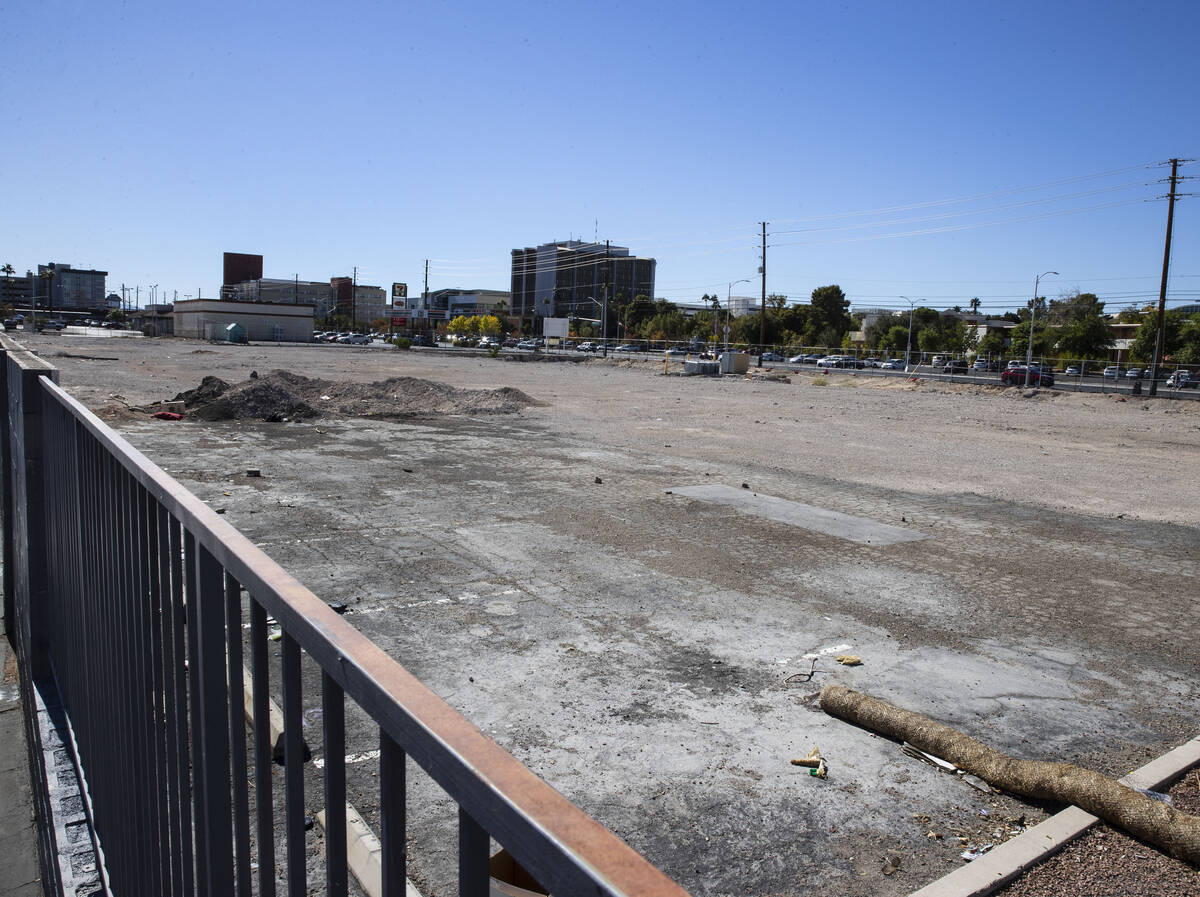 A Las Vegas developer plans to build a mixed-use project across from UNLV, as he sets out to bring another big venture to Maryland Parkway.

G2 Capital Development founder Frank Marretti said this week that he hopes to break ground in late first quarter or early second quarter next year on the project, which is slated to have retail, residential and office space. It’s expected to cost between $180 million and $200 million.

The 3.4-acre site along Maryland between University and Harmon avenues, which includes the now-vacant plot where the Campus Village commercial complex stood, would feature a 15-story building and a nine-story building, Clark County documents show.

Marretti’s project would bring hundreds of student-targeted housing units to an area that saw a burst of residential options debut the year before the pandemic hit. Among its countless spillover effects, the coronavirus outbreak delayed Marretti’s newest development by a year and a half, he said.

But he noted UNLV is leasing two floors of office space in the project, which isn’t scheduled to open for another few years, and he contends space in the complex will be in “high demand.”

The project is slated to include ground-floor retail and 323 residential units.

Plans call for UNLV to lease 50,530 square feet in the complex under a 20-year term that would cost around $1.8 million for the first year of occupancy with annual 3 percent rent hikes, according to Nevada System of Higher Education documents.

The system’s Board of Regents approved the lease last month, according to UNLV spokesman Tony Allen.

Marretti purchased the Campus Village retail-and-office building in 2017 and demolished it in 2019. At the time he tore it down, he said he wanted to build a mixed-use development. He also said the partially subterranean, open-air complex was prone to flooding and attracted homeless people.

The site also included an existing 7-Eleven. Marretti said he is under contract to buy the property. He plans to demolish it, and the convenience-store chain will be moved into a newly built space at the site.

Marretti also developed University Gateway, a mixed-use complex at the corner of Maryland Parkway and Dorothy Avenue, just down the street from his new project site. He said he opened University Gateway’s parking garage in 2016 and its retail, office and residential building in 2019.

At least two other big residential complexes — one on-campus, one off — also opened nearby in 2019, bringing a surge of new housing to a university long known as a commuter school.

UNLV classes went virtual after the pandemic hit. Marretti noted that students went home, and if their parents weren’t working, they wouldn’t want to spend extra money on housing for a college-aged child who wasn’t going to campus.

Allen said he believed that during a typical pre-pandemic semester at UNLV, it averaged about 90 percent in-person instruction and 10 percent online or otherwise remote. This fall, the breakdown was roughly 60 percent in-person and 40 percent remote.