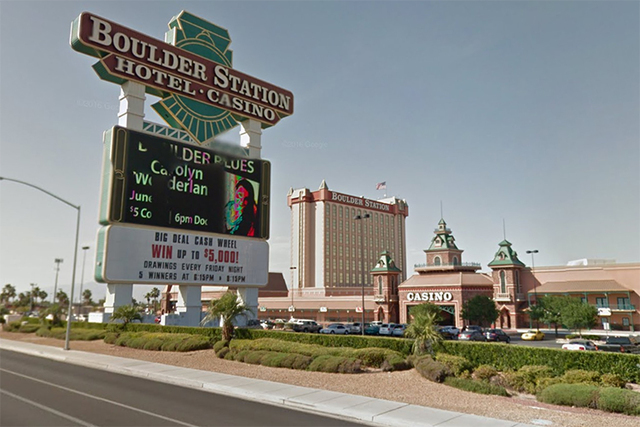 The National Labor Relations Board will oversee a secret-ballot election for Culinary Local 226 union representation at Boulder Station Friday and Saturday.

Station Casinos and the union have been at odds for more than a decade on whether the union and its affiliate, Bartenders Local 165, should be allowed to negotiate labor contracts for the cooks, service workers, bartenders and housekeeping employees at the locals casino company, Southern Nevada’s largest.

There are 1,200 Boulder Station employees, 576 of which are eligible to vote with a culinary-classified position.

Under National Labor Relations Board rules, union representation would occur if a majority of those voting approve.

A spokeswoman for Culinary Local 226 said property-by-property bargaining is the traditional approach by the union and industry employers in Las Vegas.

“Every one of the unionized properties on the Las Vegas Strip and in downtown Las Vegas is a single-property bargaining unit,” said Bethany Khan, a union spokeswoman. “Boulder Station workers are eager to vote yes for the union because they want the same great benefits that union members have.”

Station management has been adamant that any effort to seek representation be done by secret ballot. The union has advocated allowing a card-check process by which employees are approached by union leaders to sign union-provided cards requesting representation.

“We have said all along that if a fair and lawful election is held we will abide by the results,” Richard Haskins, president of Station Casinos, said in a statement acknowledging the election.

“Unfortunately, the union appears to remain afraid of a fair process and continues to coerce and deceive our team members in an effort to obtain a yes vote,” Haskins said.

“Team members have also reported that union representatives have encouraged team members to take a picture of their ballot with their cell phone to prove their voting, so that the union can attempt to circumvent the secret-ballot election process,” Haskins said. “These tactics by the union are indefensible and the company will continue to do its best to ensure a fair vote.”

Khan said the allegations are false.

“We do not want workers to take photos of their ballots and we have not directed workers to do so,” Khan said. “Boulder Station raised the same phony claim before the regional director of the (National Labor Relations Board), demanding a rule requiring employees not to take their cellphone into the voting room.”

Khan added that Station “is raising this specter of voter fraud so that it has something to complain about it when it loses the election.”

The union has had a lengthy history of staging demonstrations and forming picket lines at Station properties.

The union, in the statement, accused Metro of denying requests for picketing because of Station Casinos’ campaign contributions made to Clark County Sheriff Joe Lombardo and because of his relationship with Bill Young, the former sheriff, who now works for the casino company.

Station said the union “has waged a war of corporate terrorism,” picketing company investors at their places of business, threatening disruptions, harassing regulators and interfering with organizations that have benefited from Station’s corporate philanthropy.