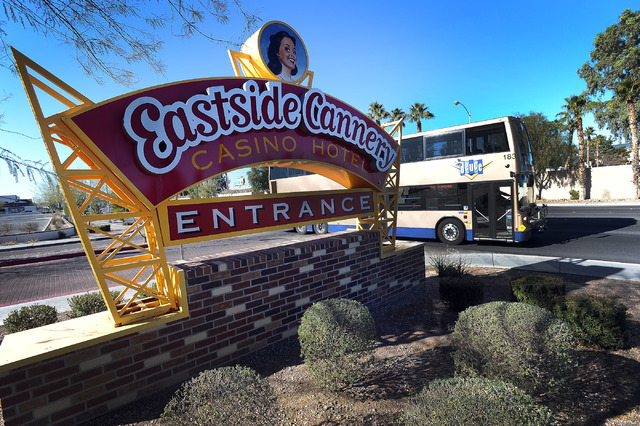 Organizers of the Eastside Cannery Casino Gun Show have canceled the event scheduled for this weekend. (David Becker/Las Vegas Review-Journal)

Organizers of the Eastside Cannery Casino Gun Show, which was scheduled for this weekend, have canceled the event.

It didn’t seem “prudent” to go on with the show, Strow said, in light of the mass shooting Sunday, in which Stephen Paddock killed 58 people and injured 489 others before killing himself, according to Las Vegas police.

Gun show organizers did not return a request for comment.

Lynn Templeton, co-founder of Crossroads of the West, said she and her team are considering whether to cancel a gun show planned for Oct. 21-22 at Cashman Center. They are speaking with Cashman Center and advertisers, she said, adding, “We won’t really know (if we’re going to cancel the show) until Monday.”

Separately, a representative with the National Shooting Sports Foundation declined to comment on the annual SHOT firearms industry trade show. This year, the show is at Sands Expo and Convention Center from Jan. 23-26.

“Our thoughts and prayers are with the families and loved ones of all those killed and injured in the criminal attack in Las Vegas,” spokesman Mike Bazinet said. “Out of respect for the families of the victims and the law enforcement process, we are not going to comment or participate in media requests made relating to this attack.”