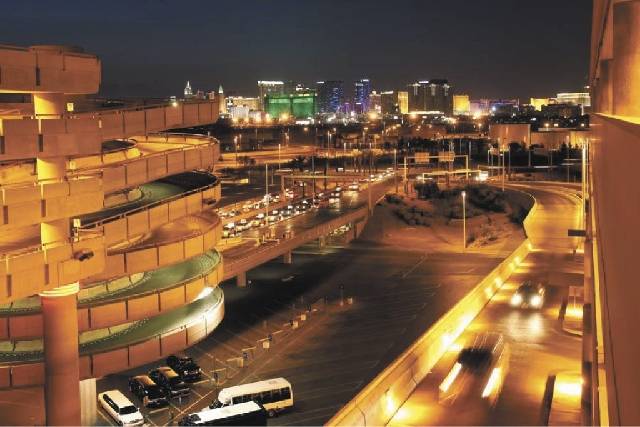 The Department of Aviation will look for county commission approval next week to increase fees at McCarran’s parking garages by varying amounts. (Review-Journal file photo)

The Department of Aviation will look for county commission approval next week to increase fees at McCarran’s parking garages by varying amounts.

If approved, the increase would mark the first rate adjustment for parking at the airport since 2013, according the county.

The daily rates are set to increase Feb 3, pending commission approval, at the following areas:

Impound rates: If a vehicle is impounded at McCarran, daily rates are jumping from $10 to $50.

Parking in short term garages at all terminals ($36 daily rate) and the remote lot ($15 daily rate) will not be changed.

The increases are projected to rake in an additional $4.7 million annually for McCarran, bringing the projected yearly revenue from parking fees at the airport to an estimated annual total of $38.4 million, according to county documents.

Revenue generated by the increased fees is slated to go toward supporting McCarran’s parking and ground transportation capital improvements and operating costs for the airport’s throughput and capacity for projected volumes in passenger traffic.

McCarran officials had no comment on the proposed increases Wednesday.