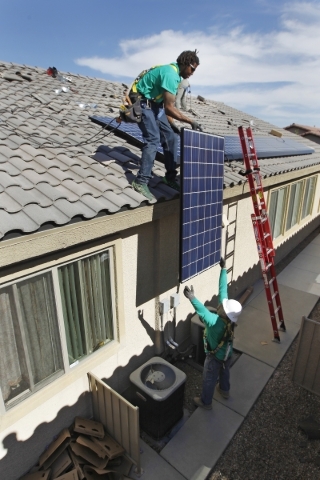 CARSON CITY — Nevada had the third largest number of solar jobs among all states in 2015 and the most solar jobs per capita, according to a new report being released Wednesday by a national group, the Solar Foundation.

But that growth is expected to slow significantly this year with Nevada’s less generous net metering rates that took effect Jan. 1, the report says. The state’s solar workforce is no longer expected to grow at an 18 percent rate projected in an earlier survey, the group said in its 2015 State Solar Jobs Census.

Nevada ranked third in installation jobs in the solar industry. But the net metering changes making rooftop solar less economically viable have already driven large companies, including Sunrun and SolarCity, out of the state in terms of sales and installation. SolarCity said in January it cut 550 jobs in Nevada. Sunrun did not provide a precise number of lost jobs. Smaller Nevada companies have also cut back their payrolls.

Nevada had the largest percentage of installation positions in its overall solar workforce at 94.5 percent last year, the report said.

“Thus, Nevada’s solar economy is highly dependent on the residential rooftop solar business, where most installation jobs are typically found,” the report said.

Nevada had only 235 solar manufacturing jobs, the report said.

“The state solar jobs reports show that states with strong solar policies gain well-paying jobs,” said Amit Ronen, director of the GW Solar Institute. “The solar industry will be creating tens of thousands of jobs over the next few years and every state in the union, regardless of how big or sunny they are, can compete for them.”

The findings in the report are based on surveys that include nearly 288,000 telephone calls and more than 44,000 emails to known and potential solar establishments across the country, resulting in a maximum margin of error for state-level employment-related questions of plus or minus 5 percent.

The report also notes that the solar market has grown in large part due to a general decline in installation costs. U.S. average installed costs have declined 35 percent for residential, 58 percent for nonresidential and 67 percent for utility-scale installations, the report said.

But there is considerable difference in each state for its installation costs based on several factors including the cost of electricity, the report says.

“For most states, customers can sell the excess power back to the utility at the retail electricity rate,” the report says. “For other states, such as Hawaii and Nevada, excess power is credited at a lower wholesale rate, decreasing investment return on solar installations in those areas.”

The report says Nevadans paid 9.74 cents per kilowatt hour in 2015 through Sept. 30, ranking the state 26th lowest. Hawaii had the highest rate at 26.81 cents, while Louisiana had the lowest at 7.71 cents. 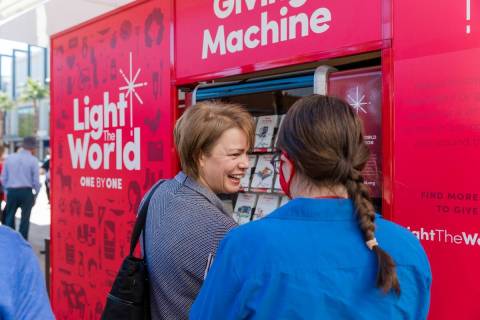