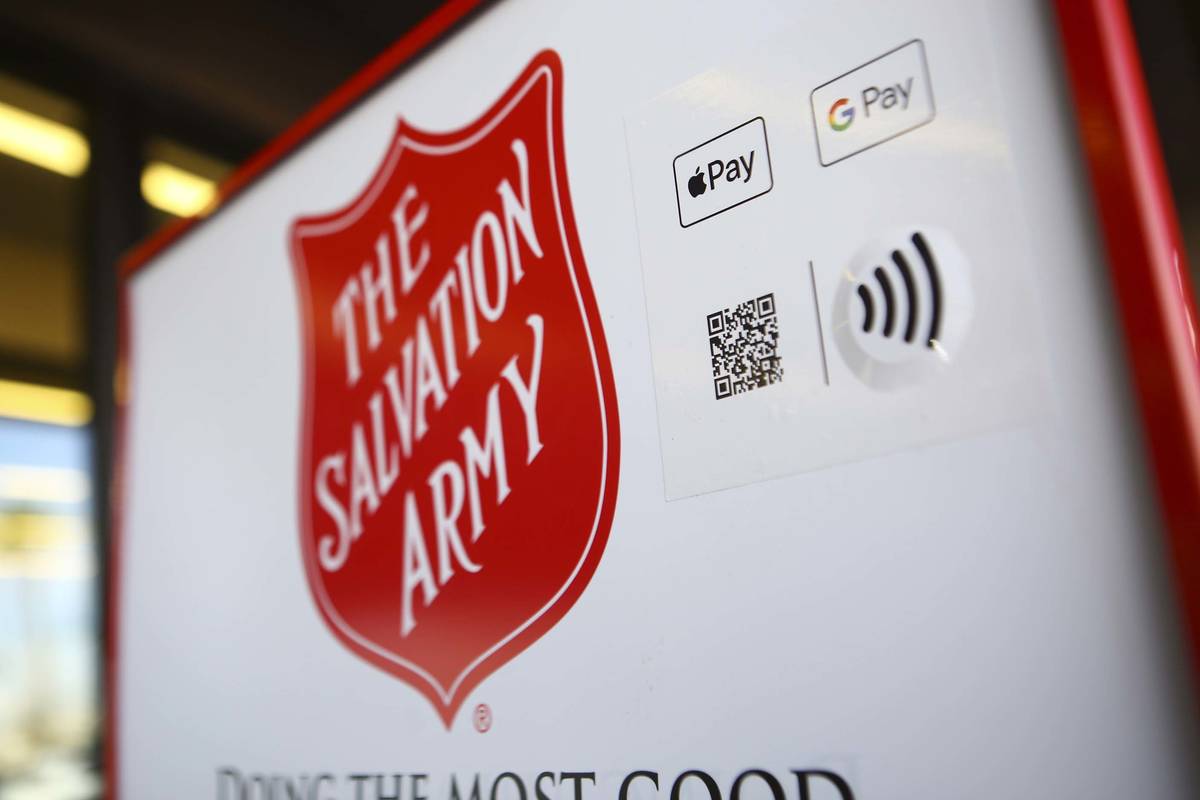 Signage for The Salvation Army featuring a QR code that allows users to donate with their mobile phone via Google Pay or Apple Pay is seen in this Nov. 15, 2019, file photo. (Chase Stevens/Las Vegas Review-Journal) @csstevensphoto

The Salvation Army is warning Nevadans of fraudsters posing as the organization’s workers to collect personal information for Christmas signups.

The nonprofit said Friday it has learned of at least two valley households where someone has gone to ask for information.

At least one family told The Salvation Army it has provided personal information and documents, such as Social Security numbers, to the impersonators.

“We don’t send representatives out to collect such information door-to-door, so whoever is doing this does not represent The Salvation Army,” said spokesman Scott Johnson in a statement.

State and federal law enforcement agencies have seen a sharp rise in cases where scammers are using personally identifiable information, such as Social Security numbers, of Nevadans to apply for fraudulent unemployment insurance benefits.

The Salvation Army is advising Southern Nevadans who have encountered the door-to-door scam to file a police report. Nevadans interested in signing up for assistance with Christmas gifts from The Salvation Army can apply on their website.