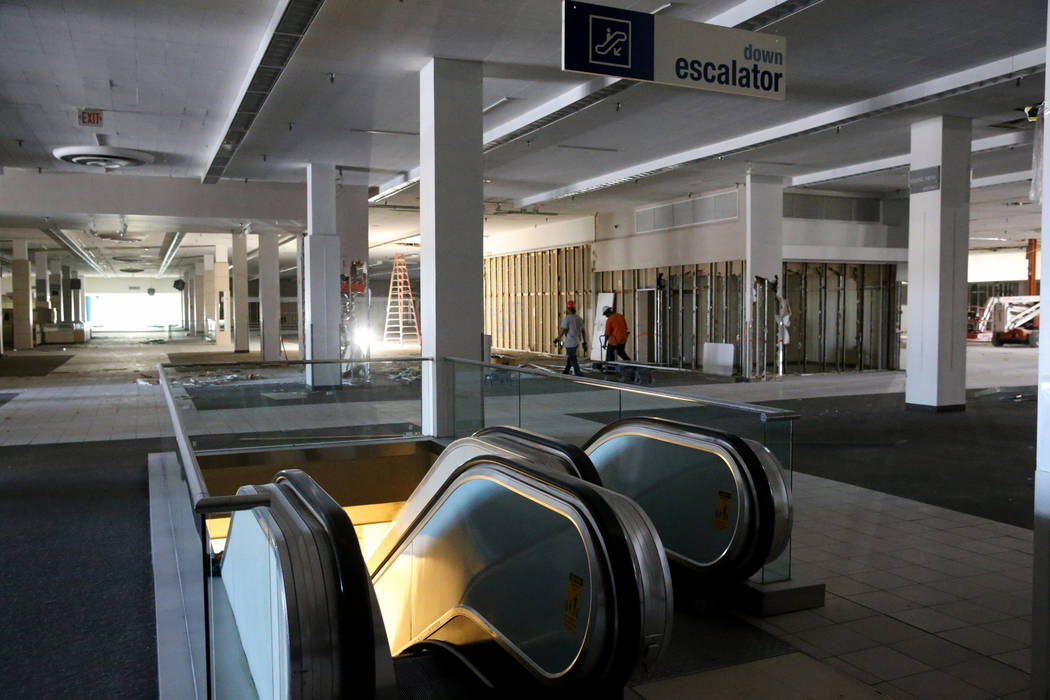 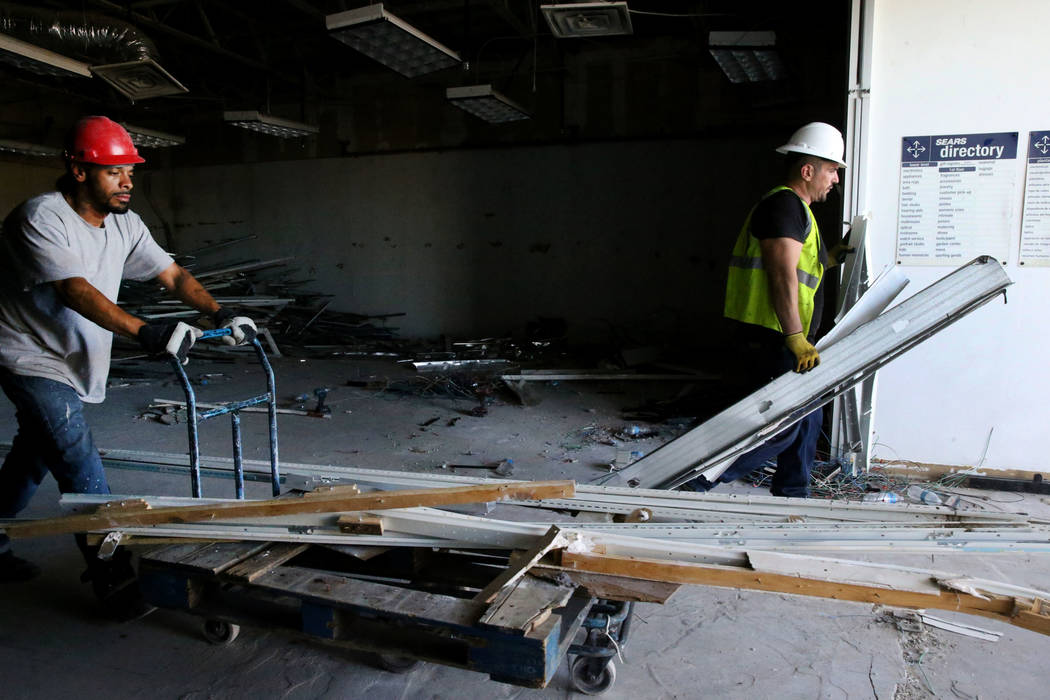 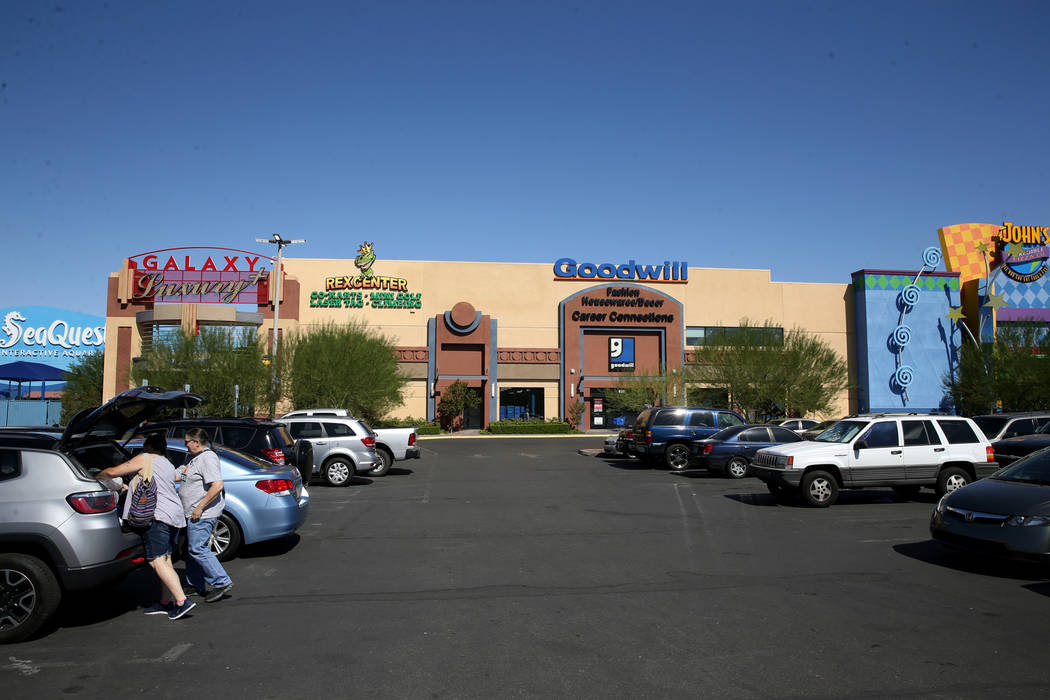 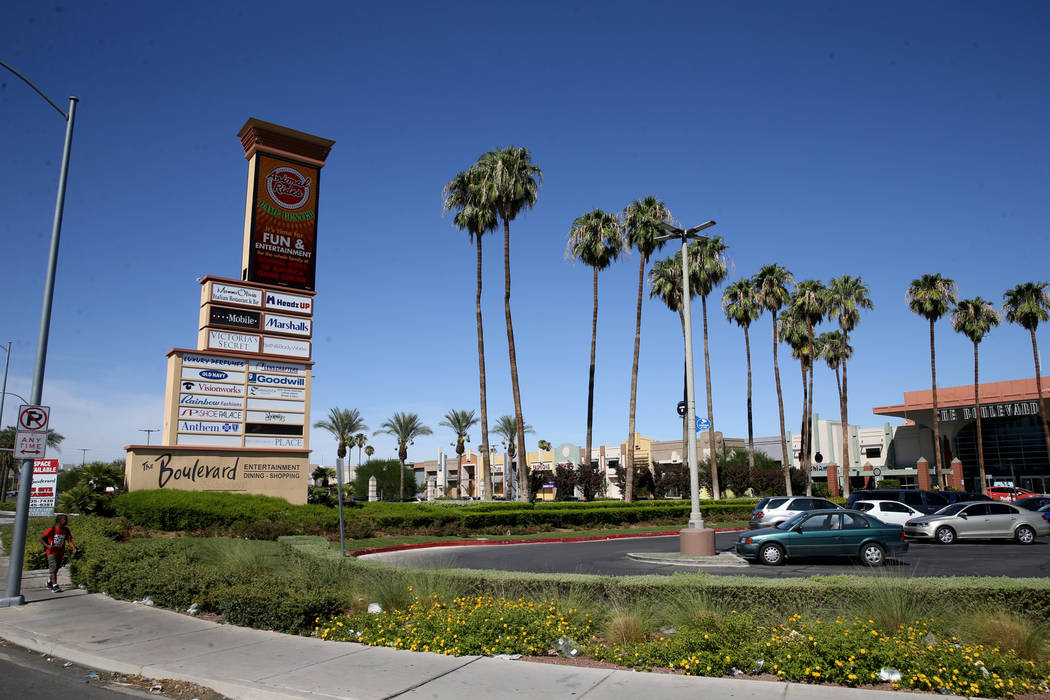 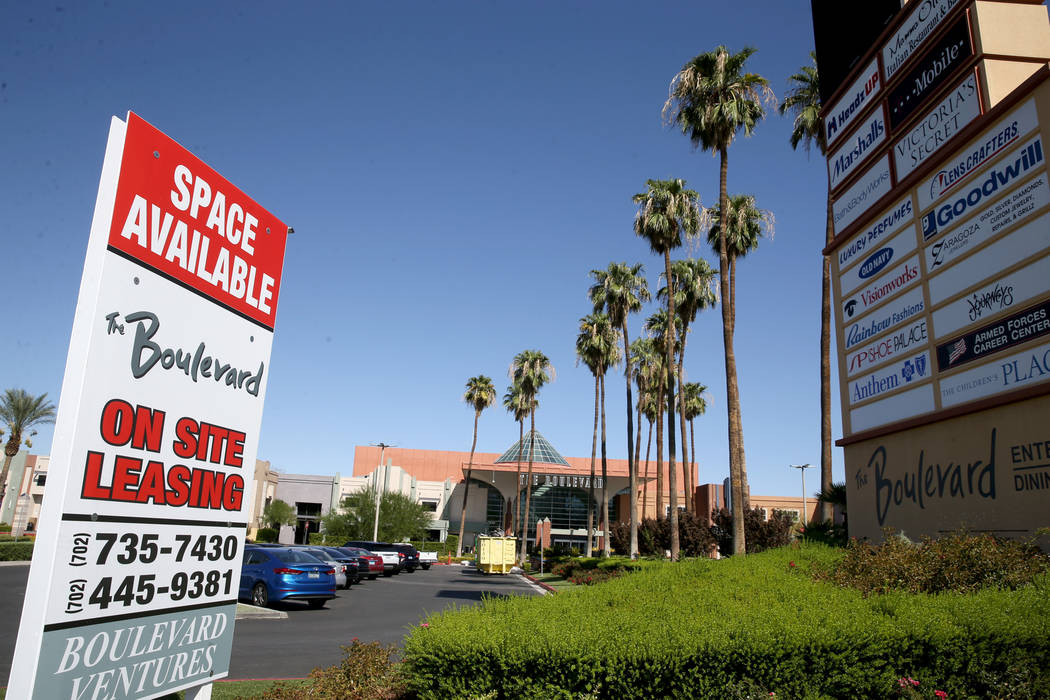 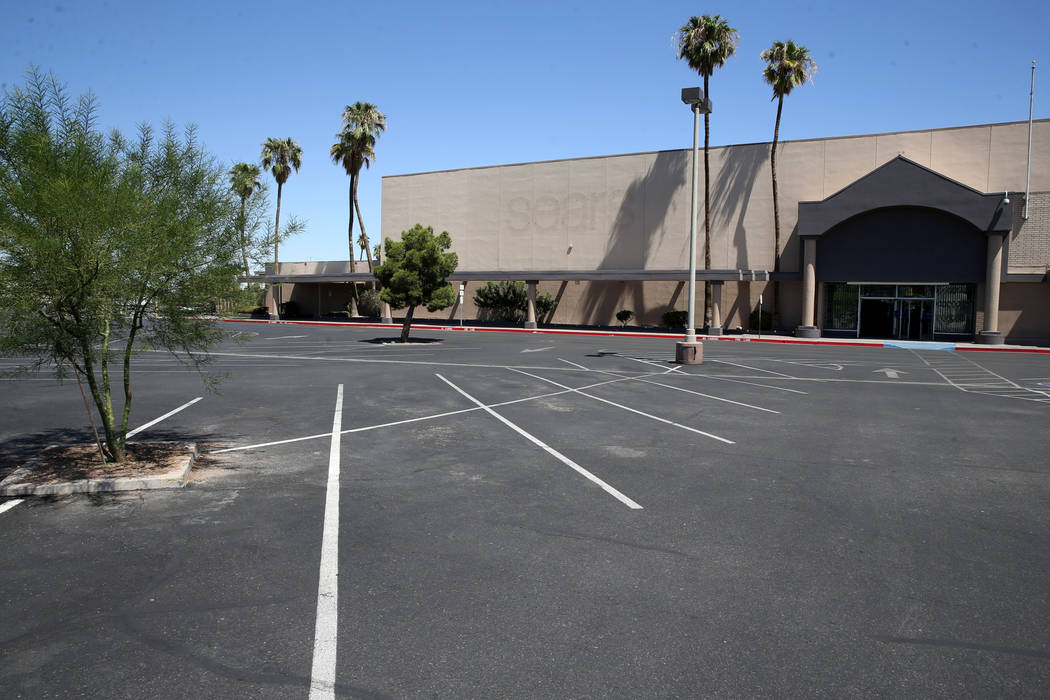 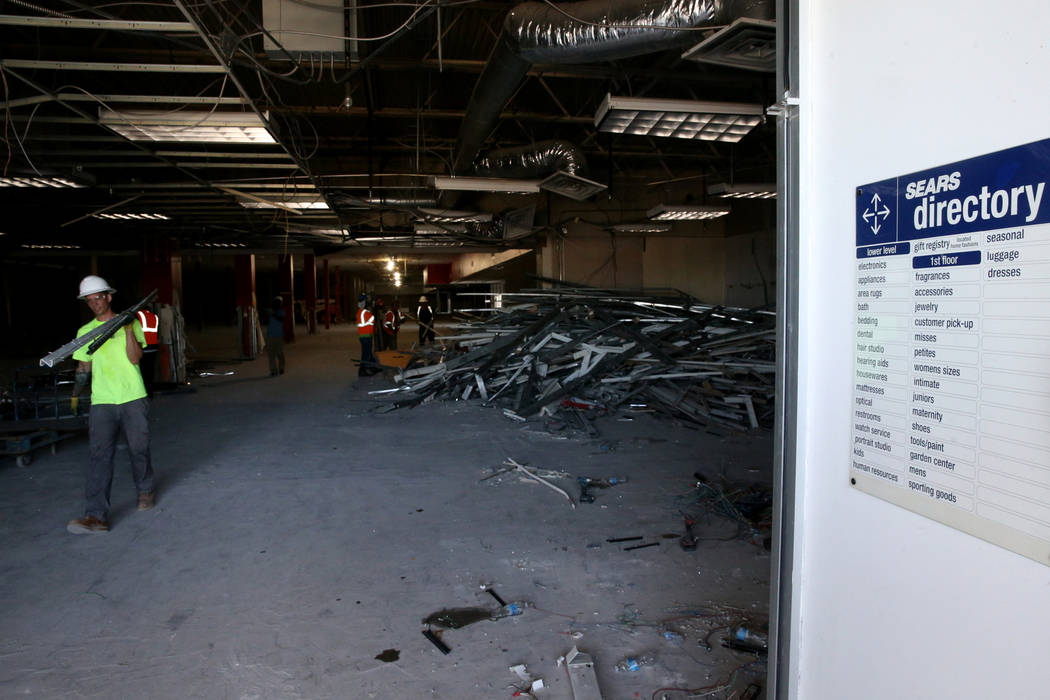 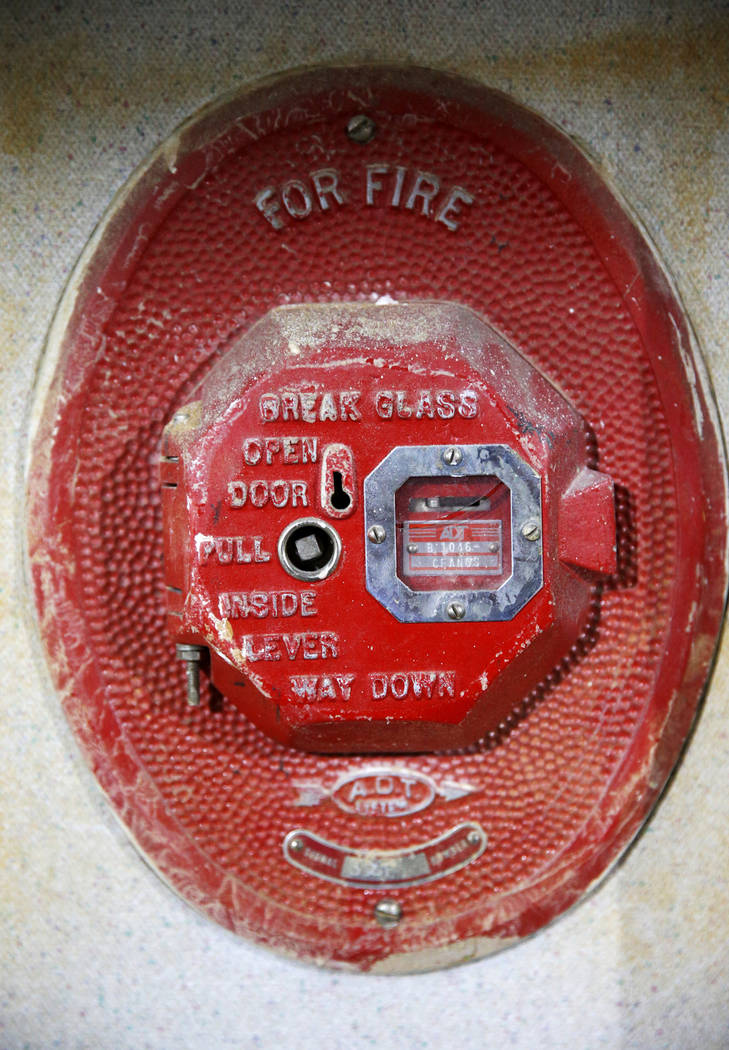 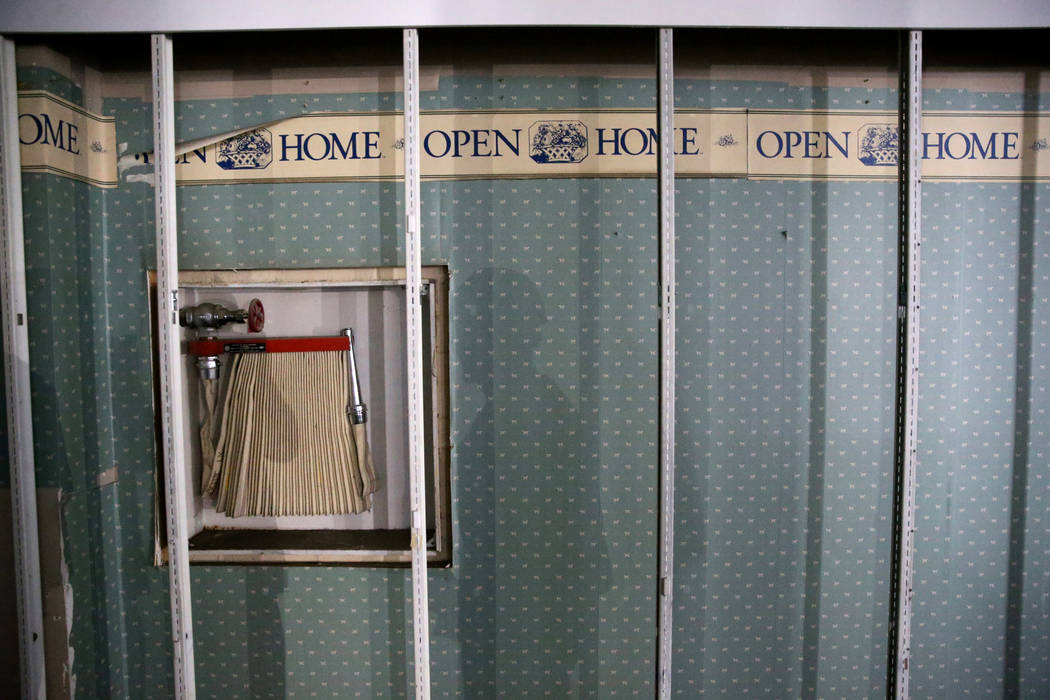 A fire hose found behind a wall inside the former Sears store is shown at the Boulevard Mall in Las Vegas Wednesday, Aug. 21, 2019. (K.M. Cannon/Las Vegas Review-Journal) @KMCannonPhoto 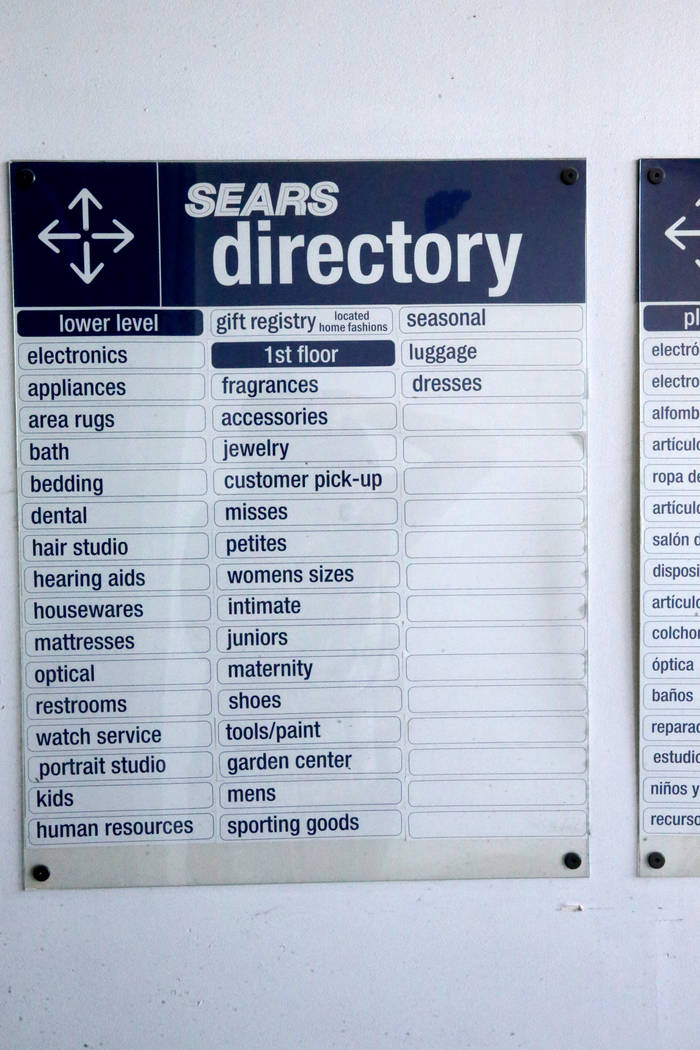 A directory inside the former Sears store is shown at the Boulevard Mall in Las Vegas Wednesday, Aug. 21, 2019. (K.M. Cannon/Las Vegas Review-Journal) @KMCannonPhoto 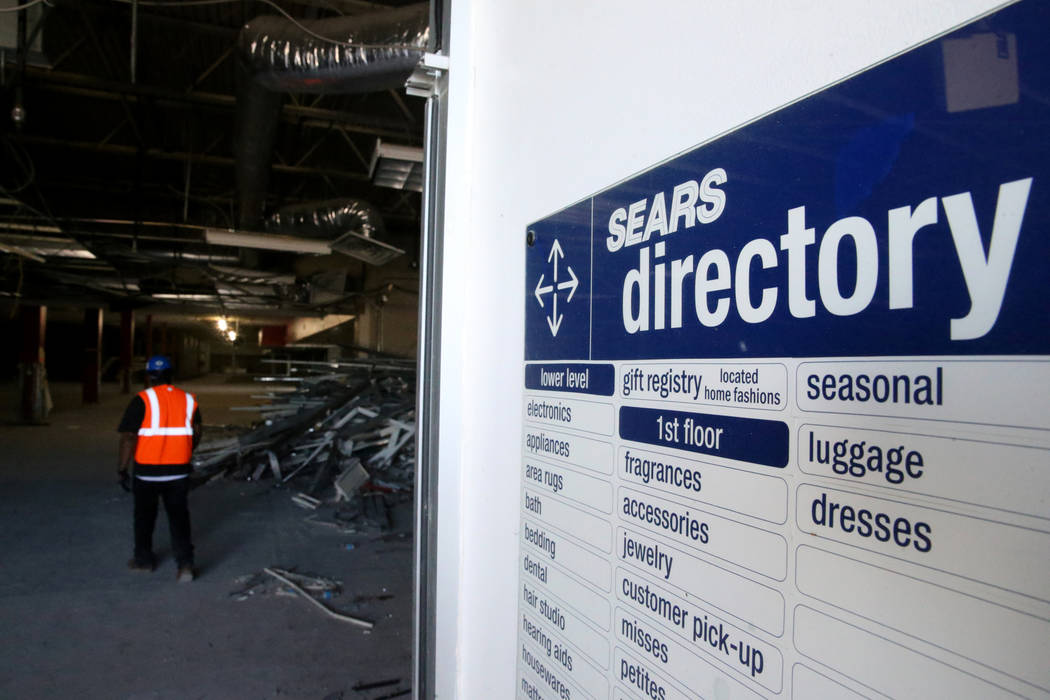 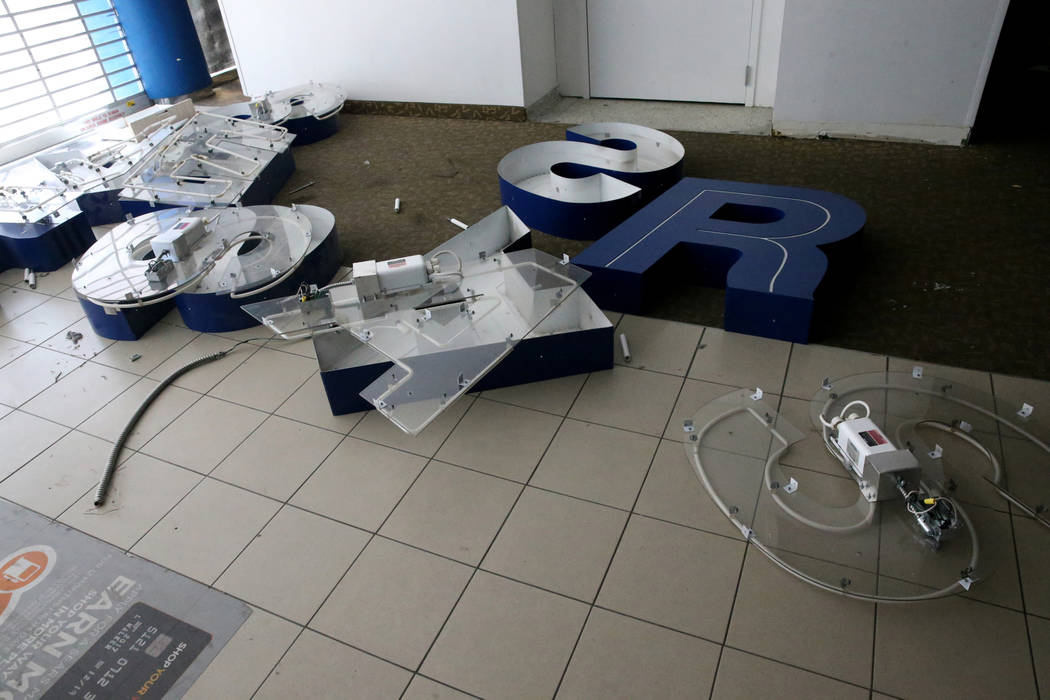 Letters from the former Sears store is shown inside the closed store at the Boulevard Mall in Las Vegas Wednesday, Aug. 21, 2019. (K.M. Cannon/Las Vegas Review-Journal) @KMCannonPhoto 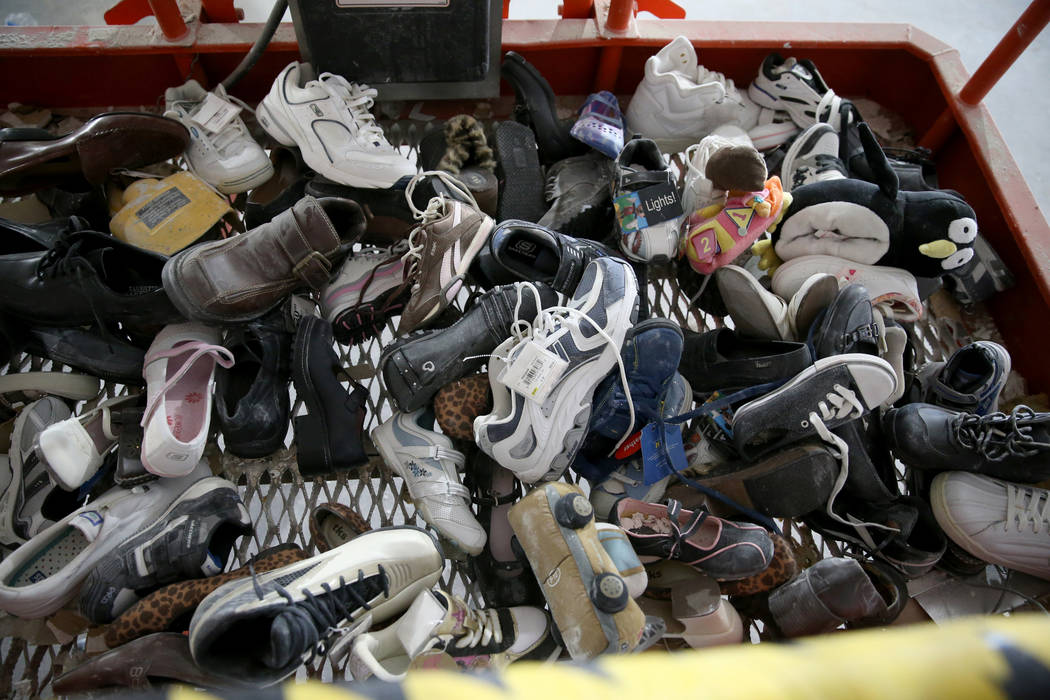 Shoes that were found inside the walls at the former Sears store at the Boulevard Mall in Las Vegas Wednesday, Aug. 21, 2019. (K.M. Cannon/Las Vegas Review-Journal) @KMCannonPhoto 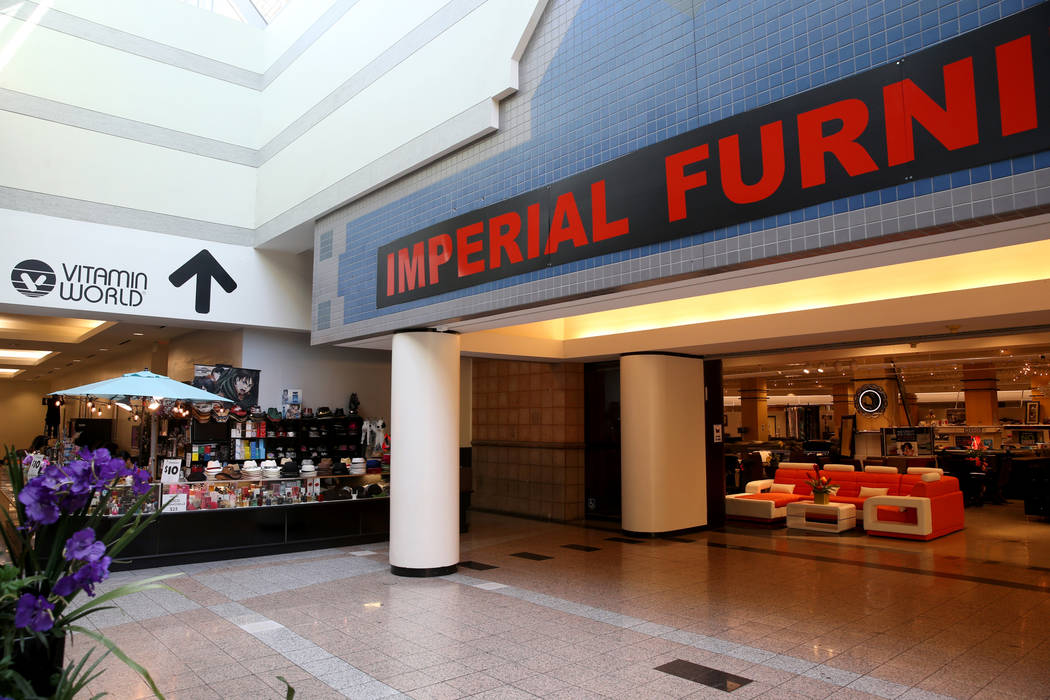 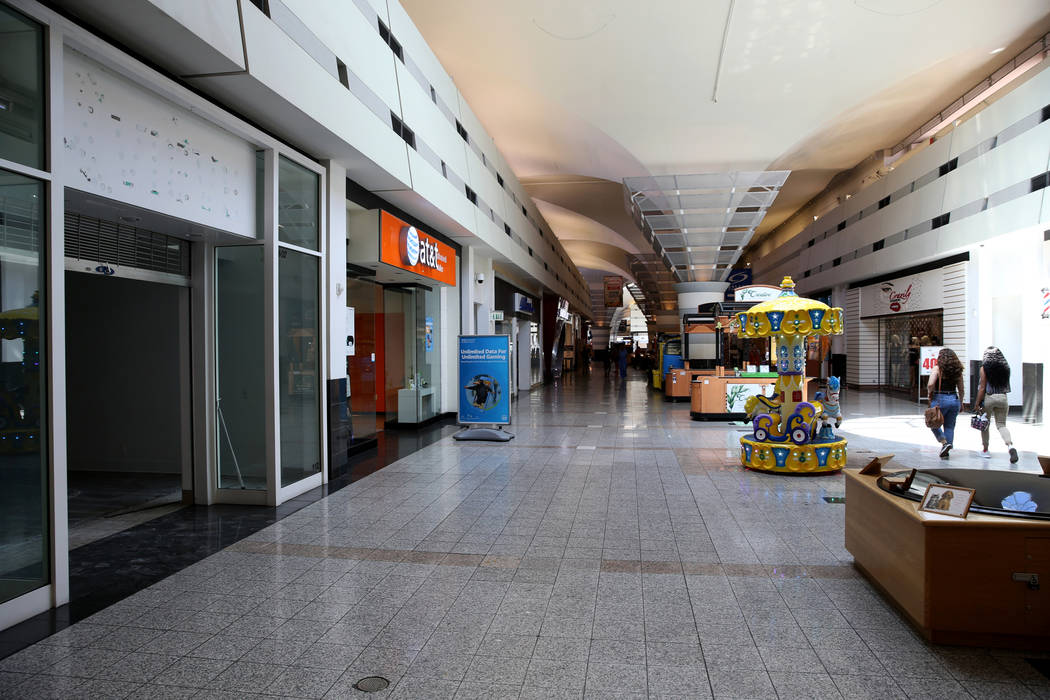 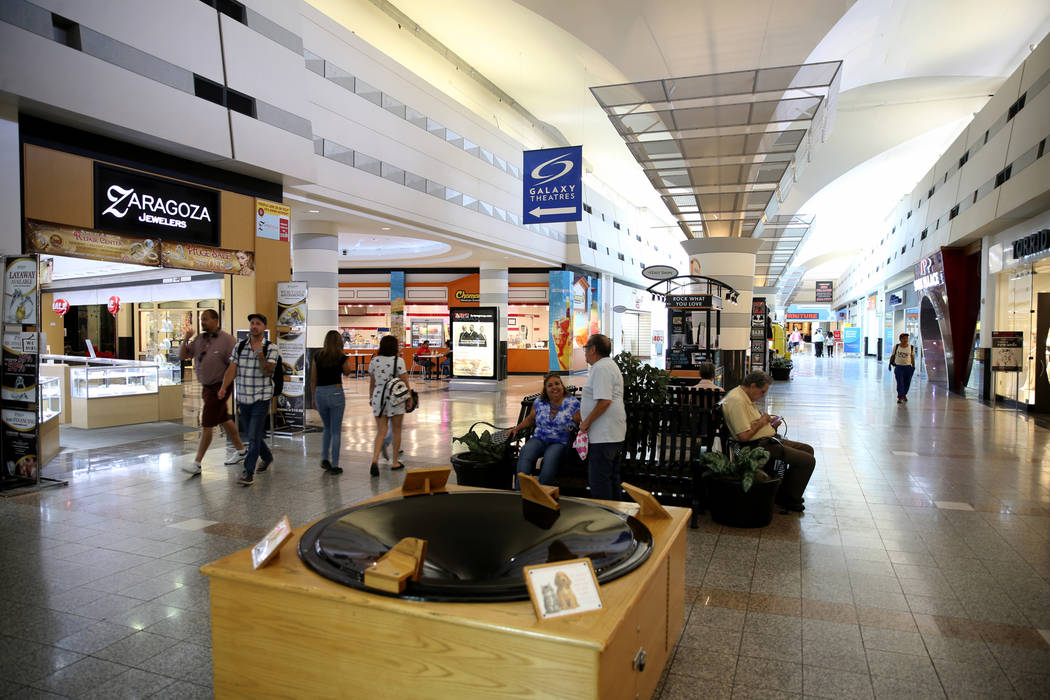 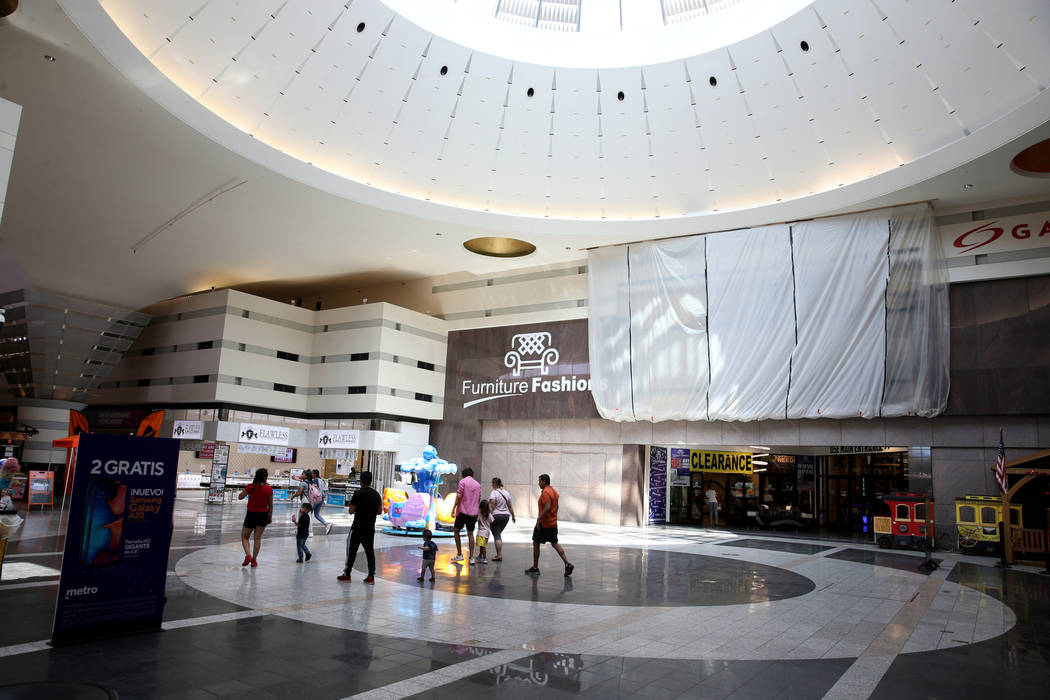 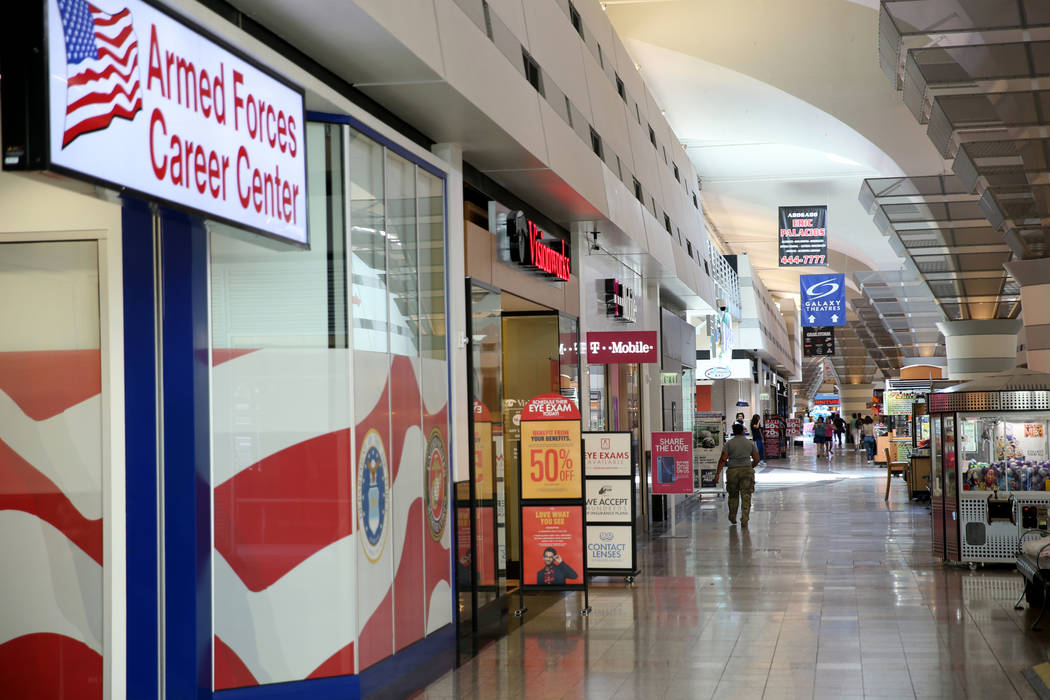 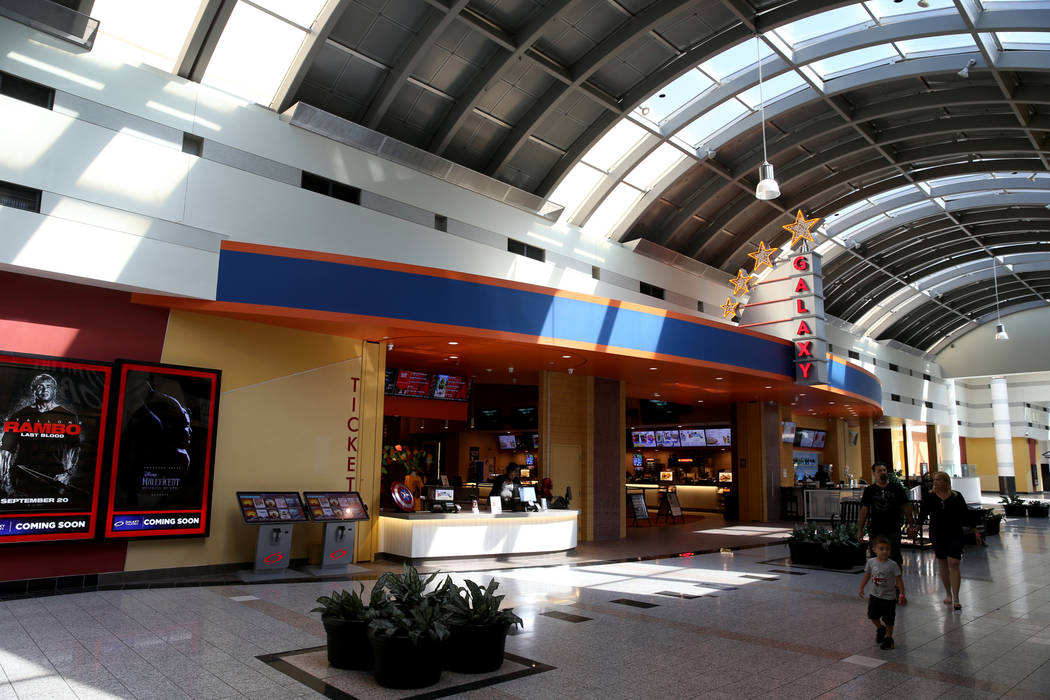 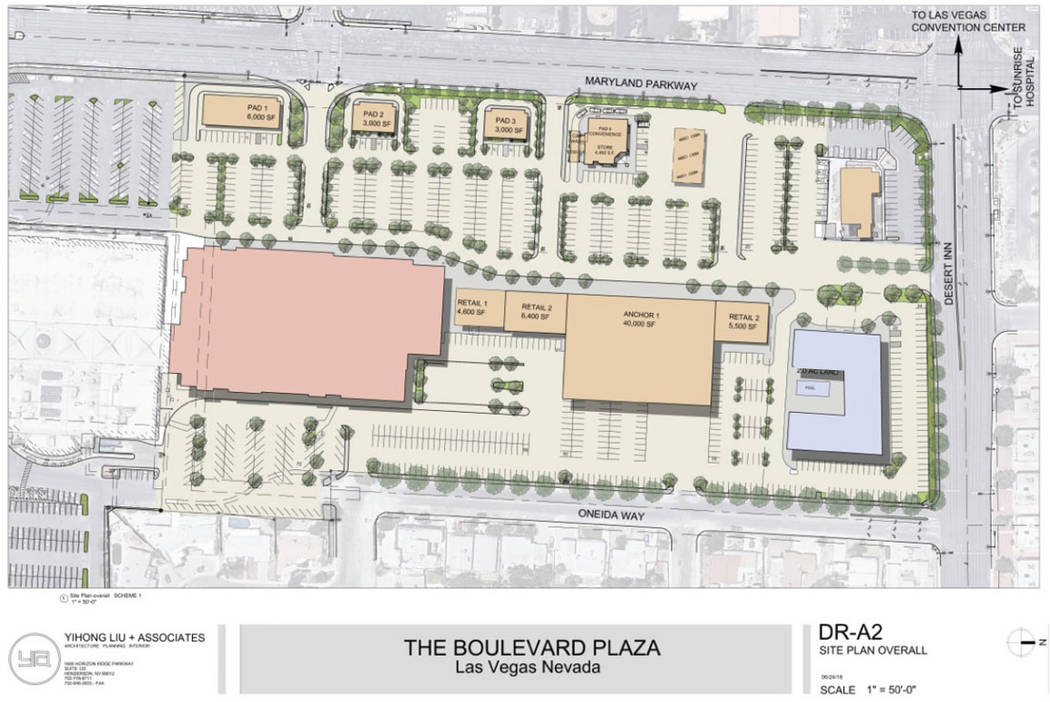 Boulevard Mall is going through another transformation that will mix its art-deco-style with a bit of Spanish.

Developer Remington Nevada is in the design stages to build a Spanish-style outdoor shopping center called Boulevard Plaza in the mall’s parking lot that would cover 17 acres of the mall’s 75-acre site.

The project, located on the southeast corner of Maryland Parkway and Desert Inn Road, is set to include the mall’s vacant Sears building and Sears Auto Center. Applebee’s will remain and is not part of the development.

Stan Wasserkrug, partner at Remington Nevada, said the firm entered into a joint venture with the mall’s owner, Boulevard Ventures, to build the plaza.

“There really isn’t any other potential ground-up opportunities for a mile or two in any direction,” Wasserkrug said. “When the area is going through a resurgence and you have a 17-acre piece of property just sitting there with nothing going on, it’s a wonderful opportunity to build something brand new and get new tenants in there.”

Work to begin next summer

Construction is expected to start next summer with a tentative completion date for summer 2021.

The plaza will have a mix of national and regional retailers and restaurants, similar to what a shopper might find at an Albertsons or Smith’s-anchored shopping center, according to Wasserkrug.

Boulevard Plaza is anticipated to have about 320,000-square-feet of retail space, including the 190,000-square-foot Sears building.

Wasserkrug said whether his team finds a single tenant or multiple tenants to occupy Sears, the building will remain connected to Boulevard Mall.

“The intent is keeping whatever we put in the Sears (to) still access the mall, but we want the shopping center itself to have a separate appearance.”

In other words, expect Boulevard Plaza to look noticeably different than the mall next door.

A new shopping center adjacent to one of the city’s oldest malls might seem like a big risk for Boulevard Mall but General Manager Timo Kuusela said the two sites are separate concepts.

“We actually think it will improve foot traffic at the mall,” he said, adding there are plans to re-energize the mall. “We have some major changes planned to replace some of the retail experience that was lost when JCPenney’s and Macy’s left. We’re really looking at experiential retailers and renovations that enhance the experience at the mall.”

He said visitors can expect the changes to kick off within the next year.

Boulevard Mall, which opened in 1968, was once the go-to shopping destination but over the years, lost its popularity as shoppers headed elsewhere such as the Strip and Henderson’s Galleria at Sunset. It also lost its largest tenants including Dillard’s, JCPenney, Macy’s and more recently, Sears.

The mall got a face-lift after Henderson-based developer Sansone Cos. poured an estimated $30 million into renovations, after purchasing the property in 2013 for $54.5 million.

President and founder Roland Sansone said his goal was to turn the mall around by bringing in a broader mix of tenants that would appeal to the area’s residents such as a John’s Incredible Pizza, SeaQuest aquarium, Galaxy Theatres and Goodwill.

Sansone said it initially “took a lot of convincing” to attract new retailers into the mall and has since become a “well-to-do property.” Last month, the developer announced he would be “moving on” from the project.

Sansone said he no longer owns the mall and is stepping aside for “someone else to take it to the next level.”

Boulevard now remains in the hands of Boulevard Ventures, a company that records show is linked to the family of billionaire Dennis Troesh, philanthropist and founder of concrete producer Robertson’s Ready Mix.

MOST READ
1
Arrest report: Woman was driving 78 mph before fatal crash on Strip