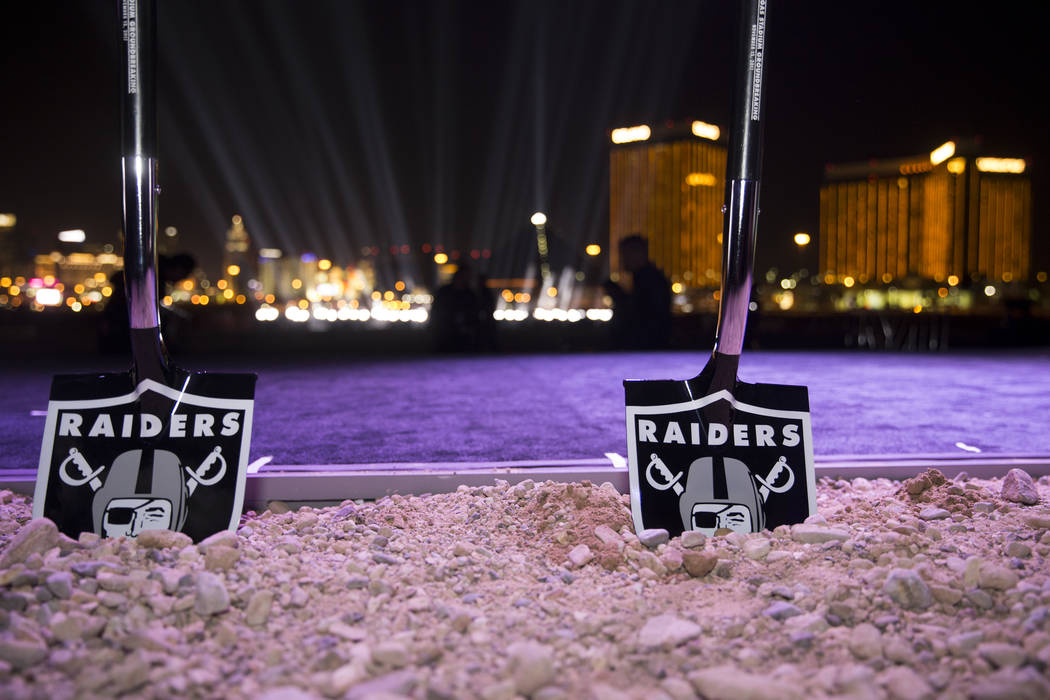 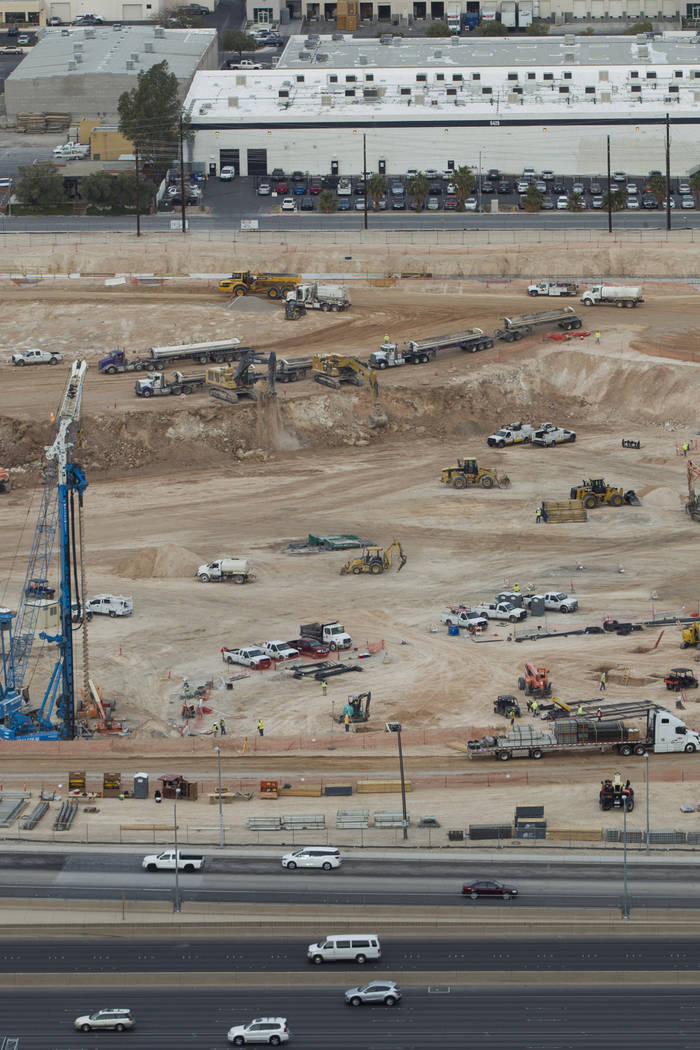 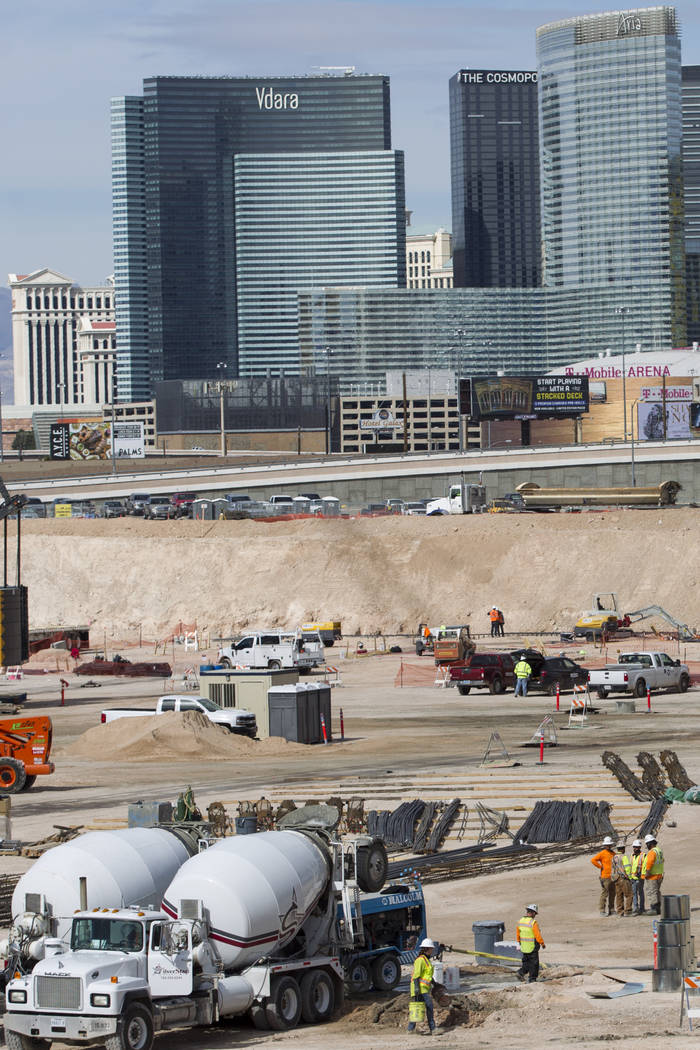 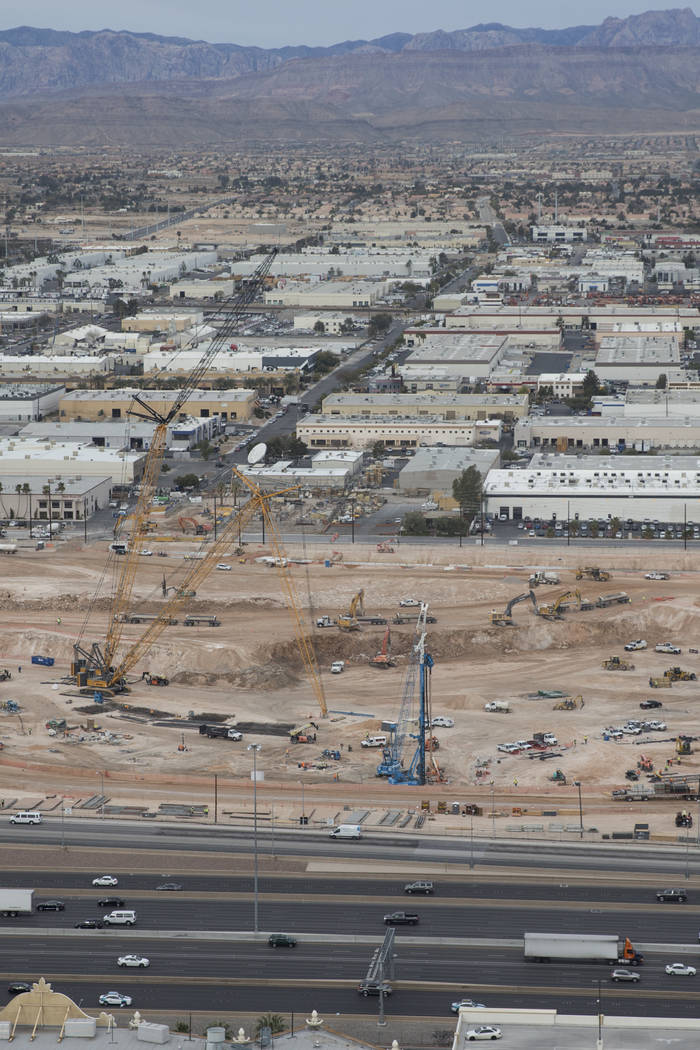 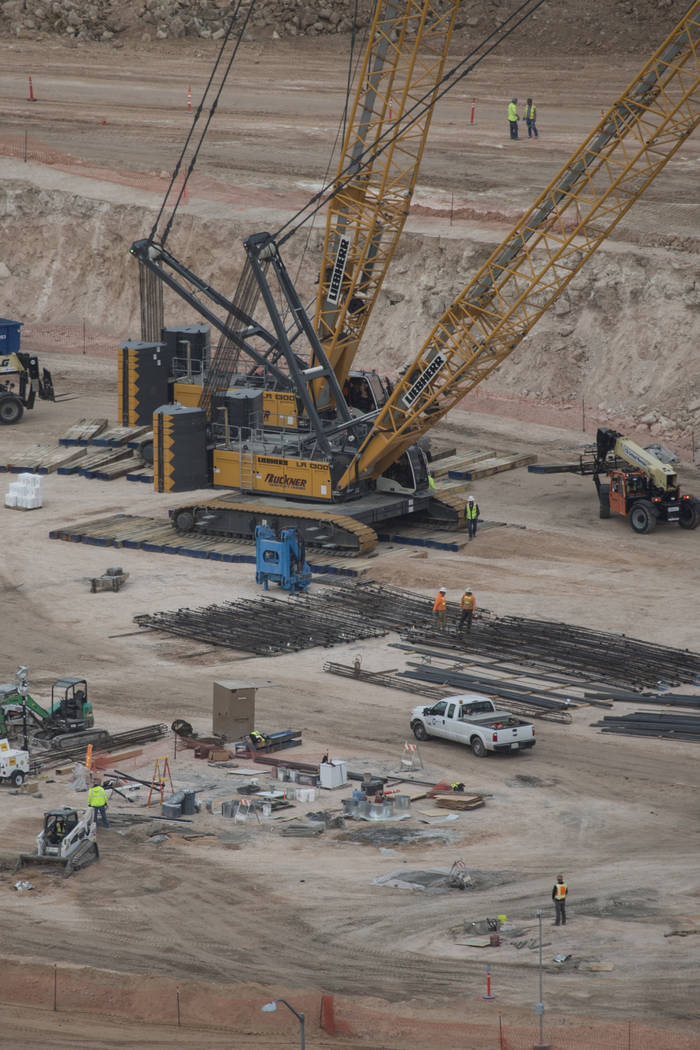 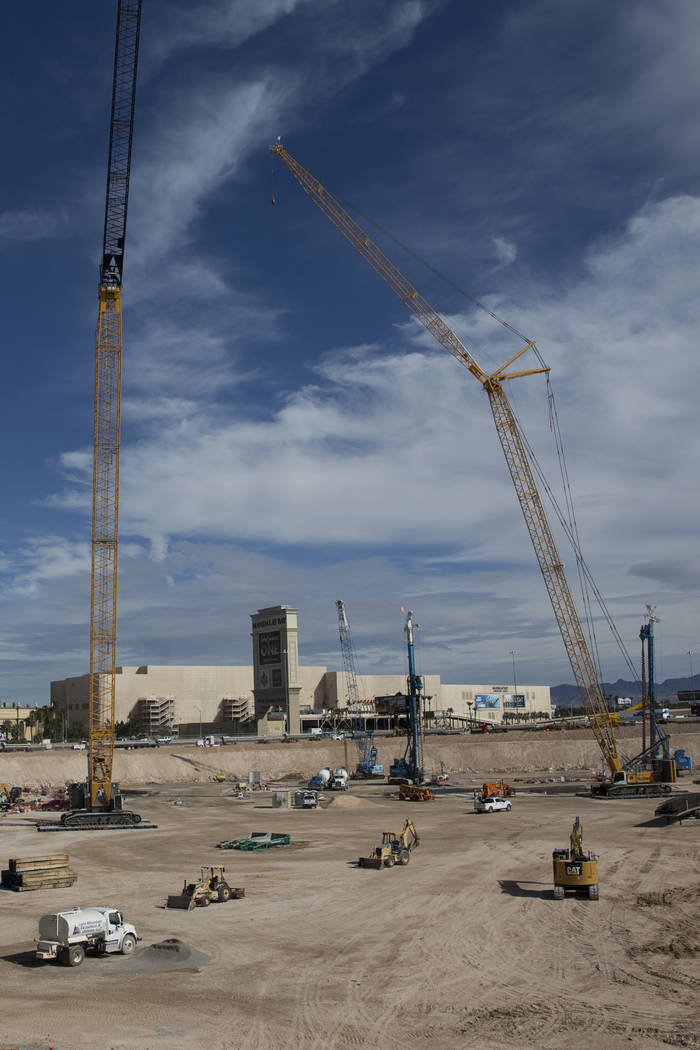 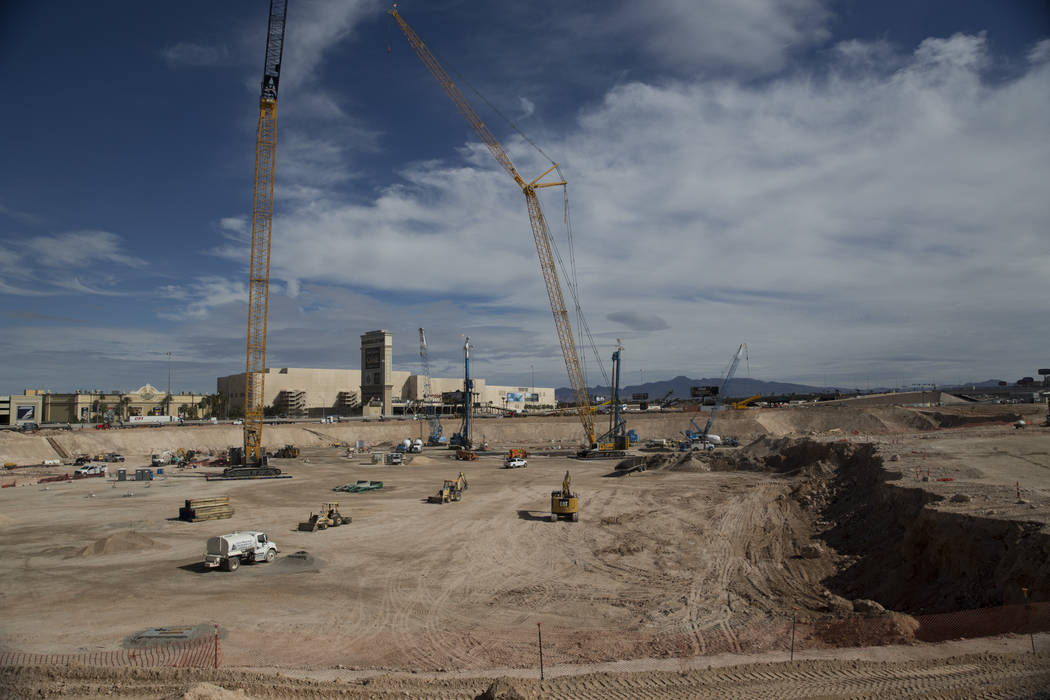 The indoor stadium, under construction at Interstate 15 and Russell Road, will house the Raiders, who are expected to get final NFL approval at owners’ meetings in Orlando, Florida, next week to relocate to Southern Nevada by the start of the 2020 season. The state-of-the-art stadium also will become the home venue for the UNLV Rebel football team.

In a budget report from the Raiders’ stadium development subsidiary, the team said that the Raiders would contribute $850 million to the project, the public would provide $750 million, as outlined in legislation approved in October 2016, and the National Football League would put in $200 million through its G-4 stadium loan program, an amount the Raiders will have to pay back.

The $1.8 billion price tag doesn’t include the cost of a training facility and team headquarters in Henderson, estimated at $100 million. It also doesn’t include the cost of offsite parking and the development of a shuttle transportation system, the NFL’s relocation fee, marketing expenses for the sale of personal seat licenses, the Raiders’ temporary facilities in Southern Nevada, the payroll for Raiders’ personnel already here, and legal costs.

The guaranteed maximum price has been a critical piece of information for the dozens of legal documents that will be reviewed and receive final approval by the Stadium Authority on Thursday. Listing the price was a requirement of Senate Bill 1, though the public has a maximum commitment of $750 million.

The Raiders already have spent $179.9 million on the project. That includes the total land cost purchase, $49.8 million toward design and engineering, $52.3 million for construction and $51,402 for fixtures and equipment.

The team was committed to spending $100 million on the project before it could tap the $750 million in public money promised by the state.

Once the Stadium Authority approves the final legal documents Thursday and in a special meeting March 28, the Clark County Commission will be able to consider an ordinance authorizing bond sales. That’s expected to occur April 3 with bond sales expected to occur later in the month.

County officials have indicated tax collections from the 0.88-percentage-point increase in the county’s hotel room tax are 6.1 percent ahead of projected levels to pay off the bonds over the 30-year commitment the Raiders have with the authority.