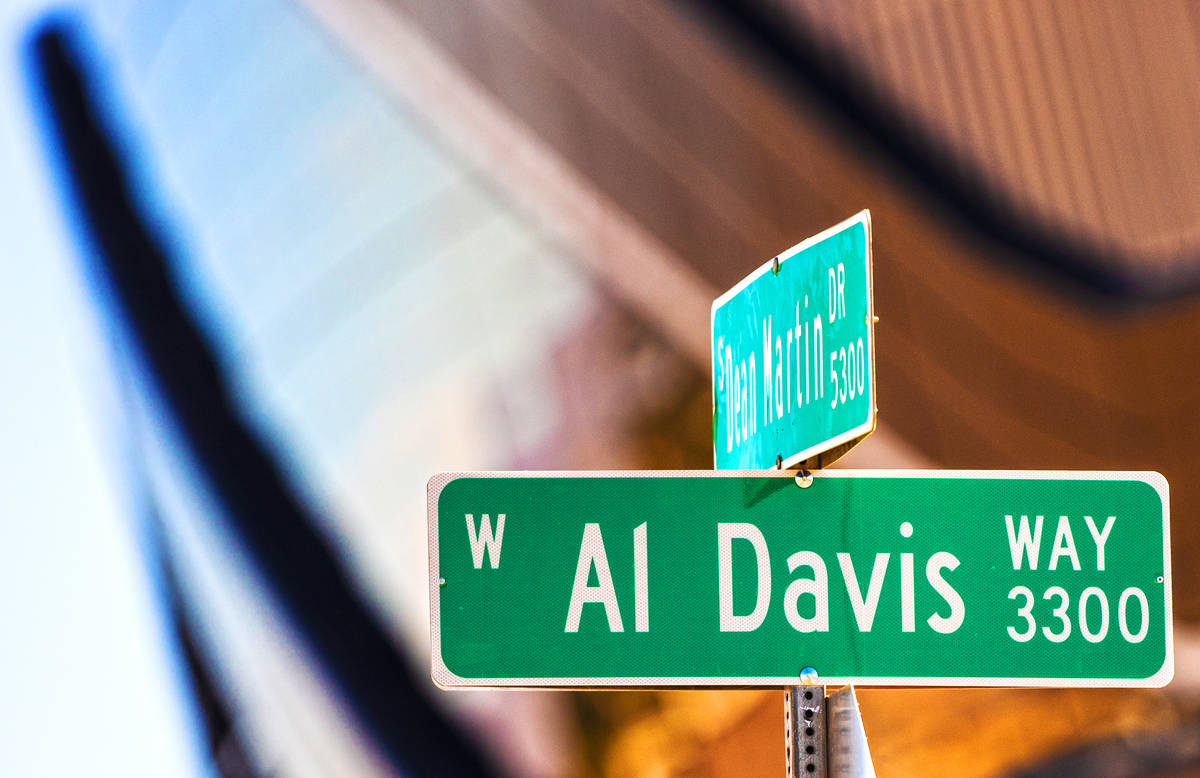 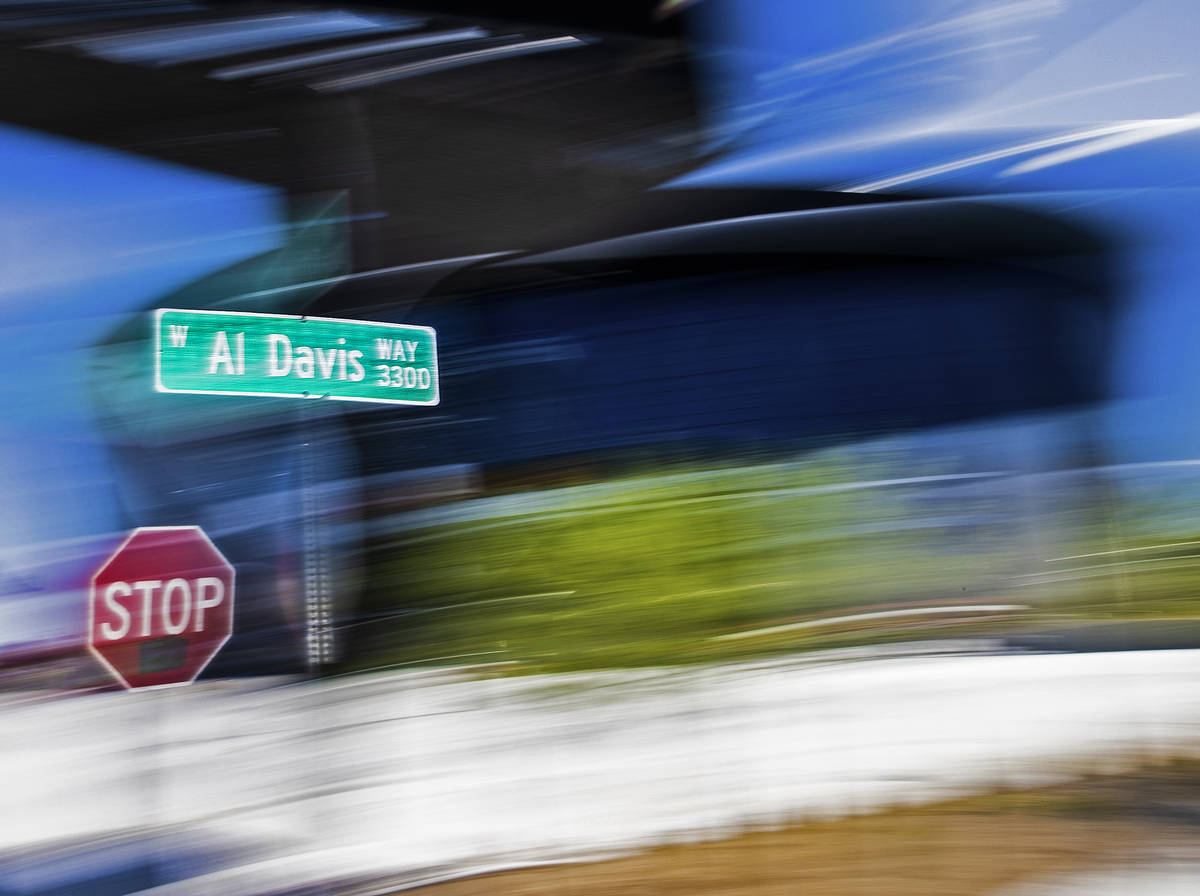 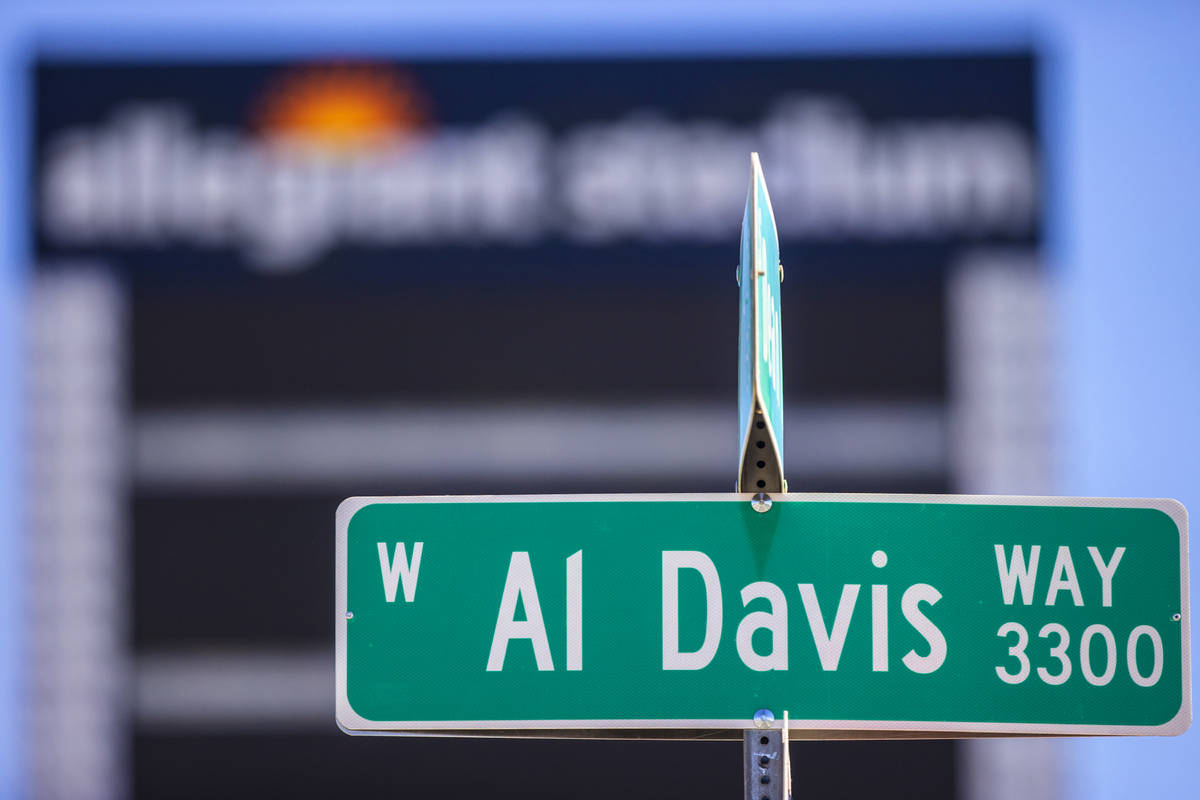 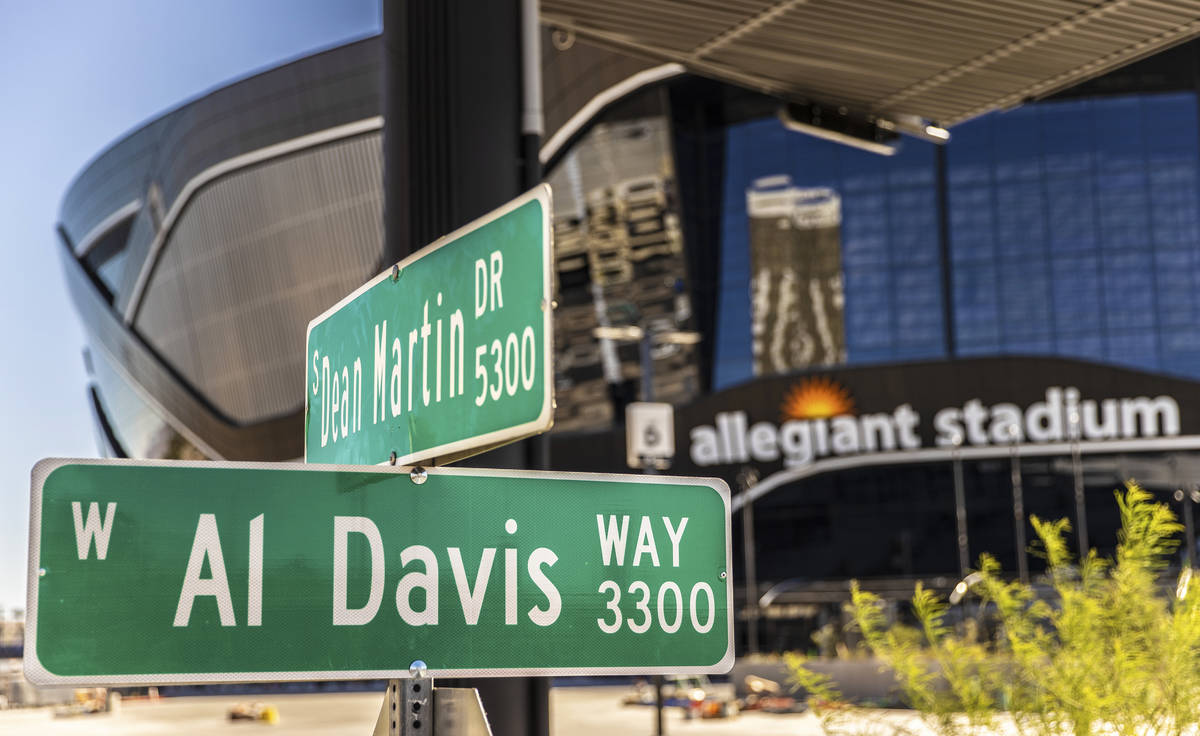 When fans look to navigate to the nearly complete Allegiant Stadium, they need only ask, “Show me the way to Al Davis Way.”

The street sign bearing the name of the legendary former owner and coach of the Raiders was installed last week off Dean Martin Drive on the north end of the $2 billion facility.

“I think the changing over of the street name (to Al Davis Way) is an important step in highlighting the legacy of the incredible franchise and the work that so many people put into this stadium,” Clark County Commissioner Michael Naft said. “The thousands of men and women who literally built the stadium — the reward of that is soon to be seen and noticed around the world.”

Al Davis Way is a short portion of road leading into the private road of Allegiant Stadium, where a three-way stop will be at the soon-to-be-changed Aldebaran Avenue.

Aldebaran, which allows traffic to enter and exit the stadium area from Hacienda Avenue, has also been changed to Allegiant Stadium Way.

Monday also saw the stadium get its address placed on the structure with 3333 Al Davis Way now stamped on the east facing side on Dean Martin.

Al Davis will also be well-represented inside Allegiant Stadium. The 92-foot-tall Al Davis Memorial Torch stands on the north end of the stadium, in view from street level of Al Davis Way.

Al Davis’ son, Mark Davis, inherited principal ownership of the Raiders when his father died in 2011 at the age of 82.

Allegiant Stadium is slated for substantial completion at the end of the month and will be the home of the Raiders and UNLV football.