In a new addition of the Vegas Nation Stadium Show Rick Velotta and Mick Akers discuss the latest construction on Allegiant Stadium with an interview from Don Webb. (Las Vegas Review-Journal) 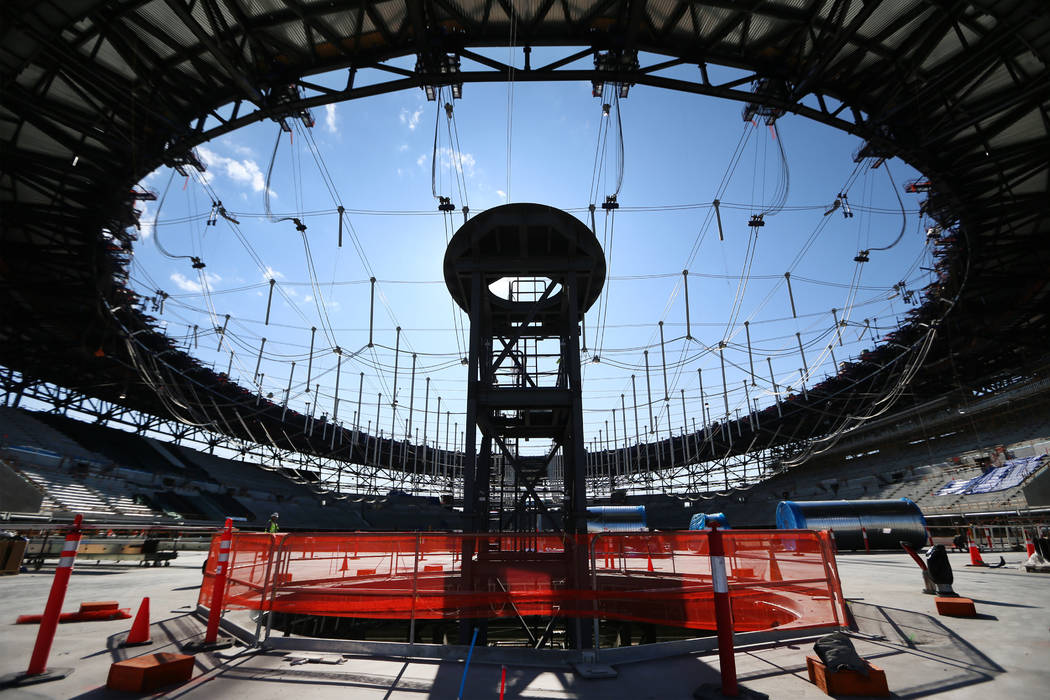 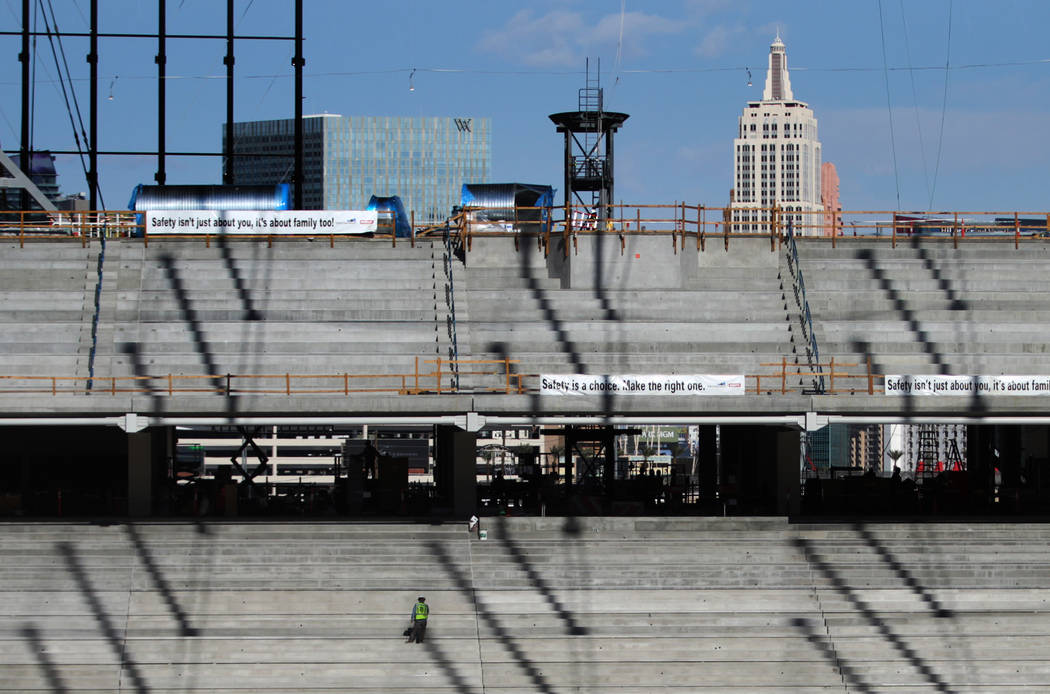 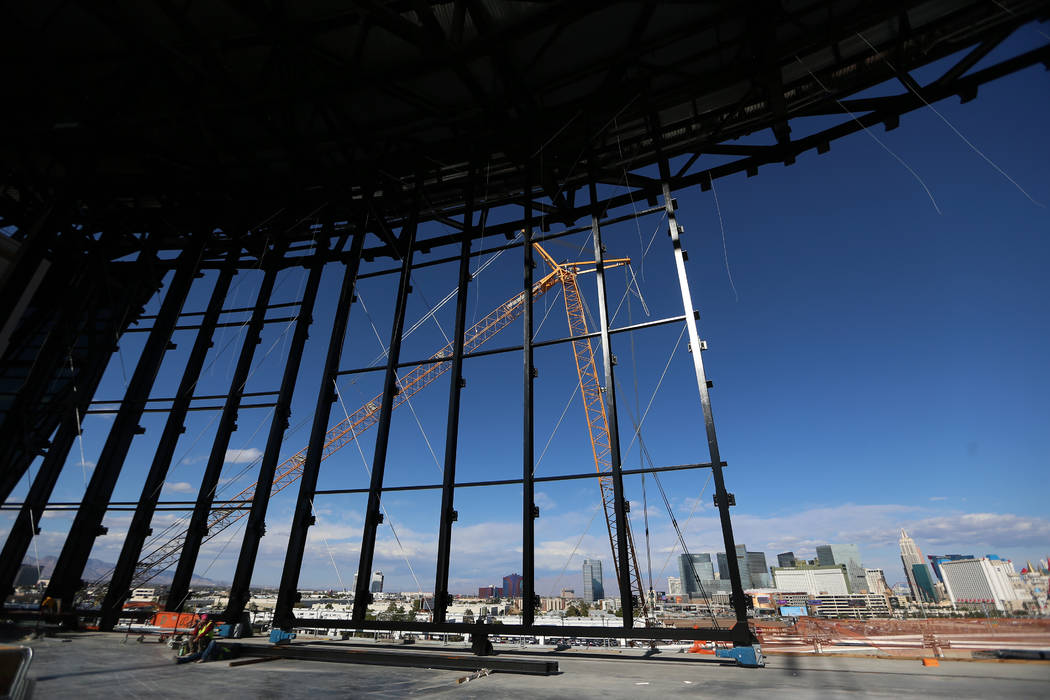 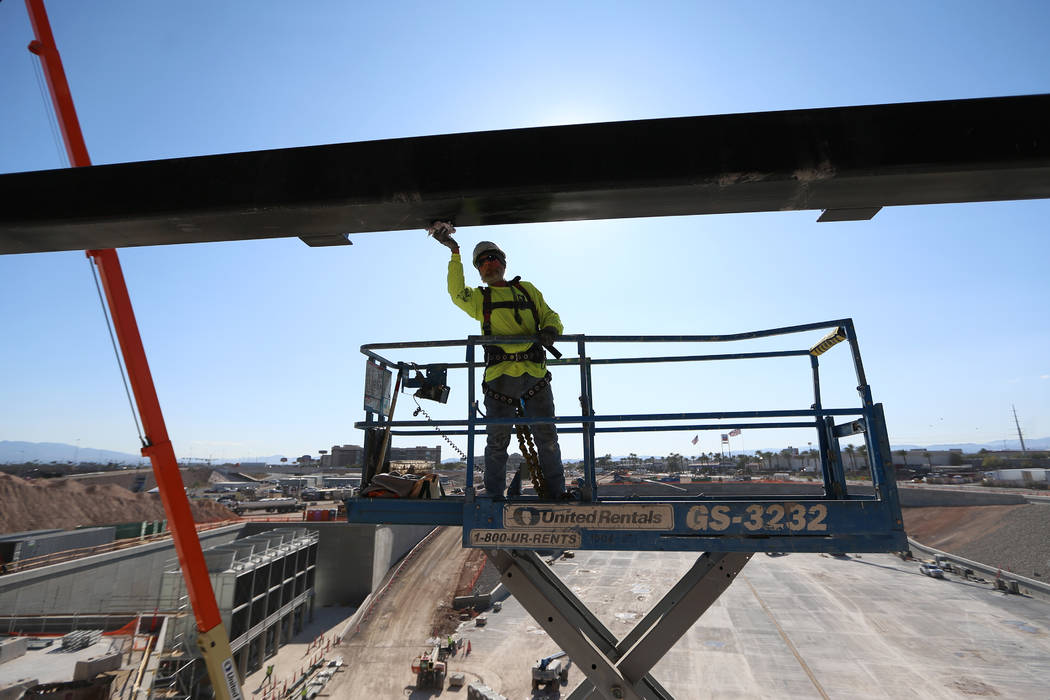 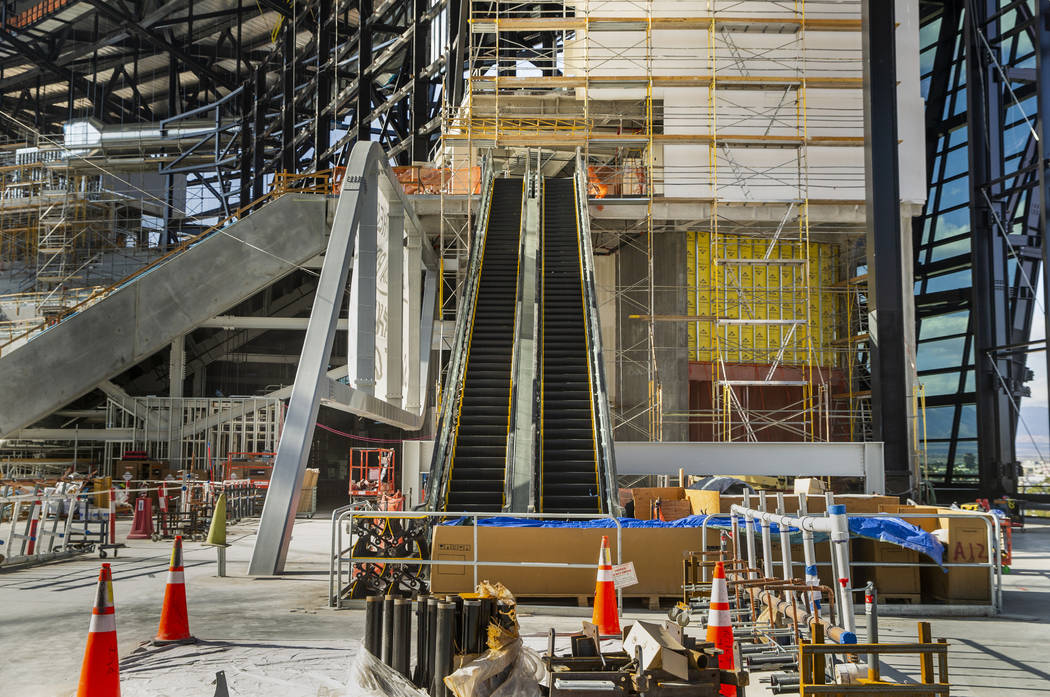 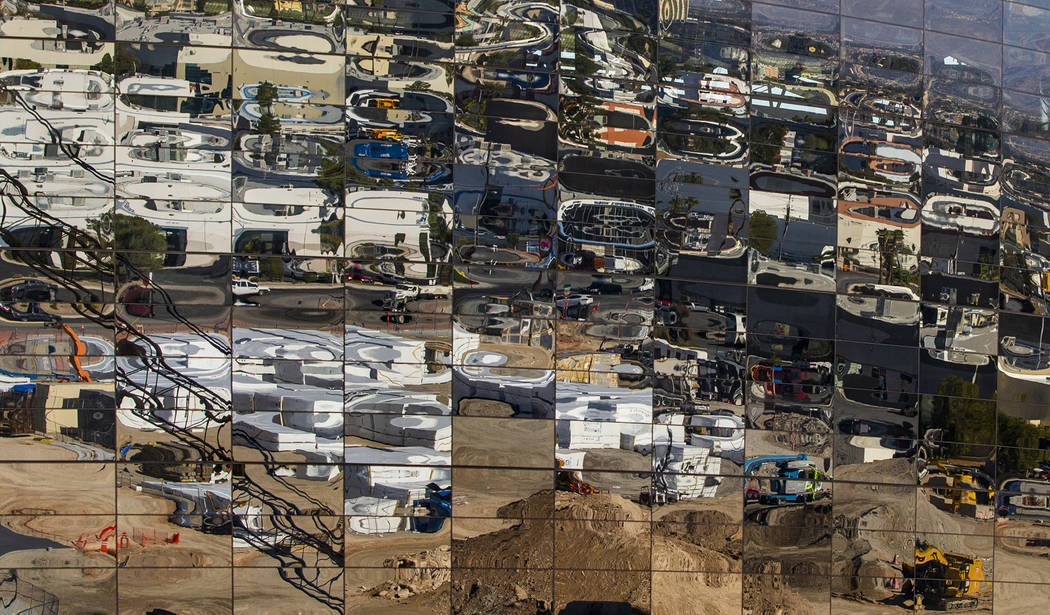 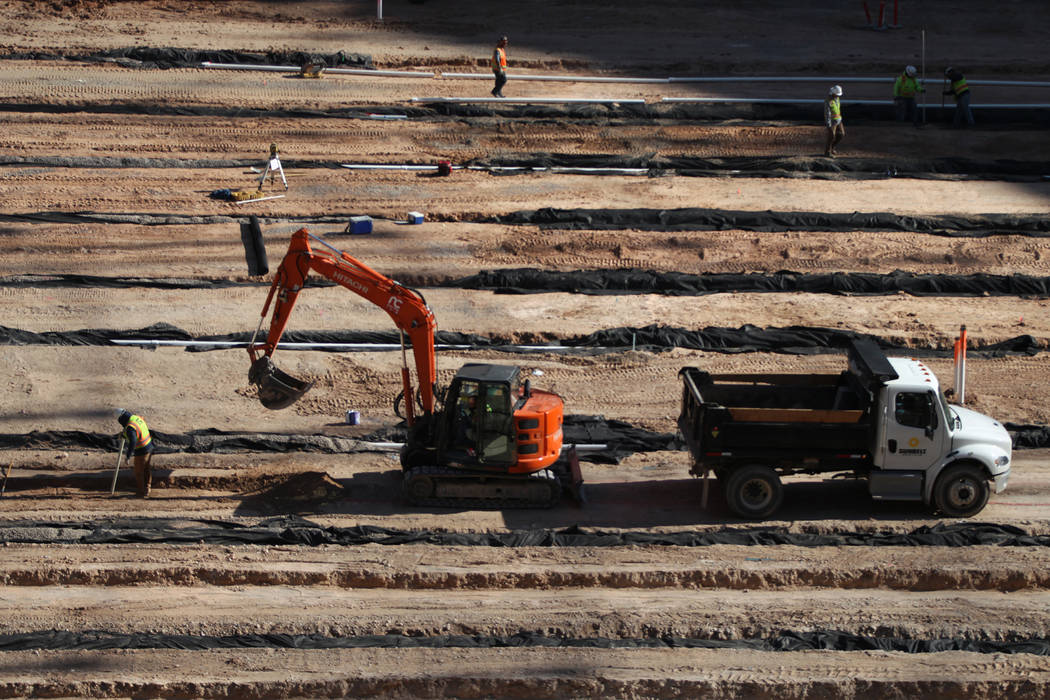 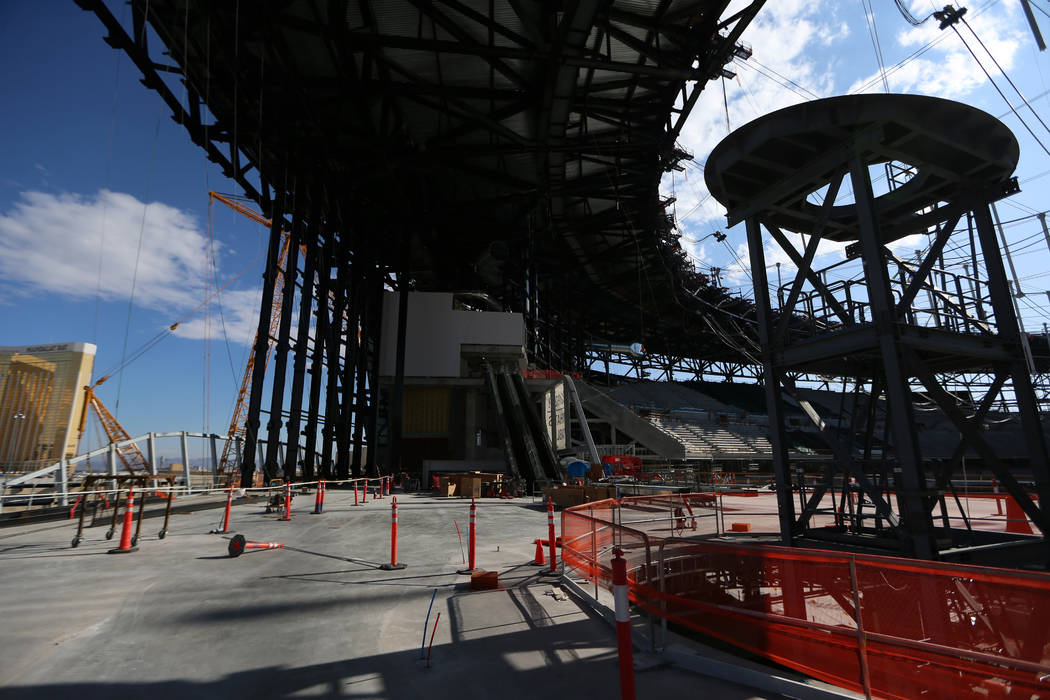 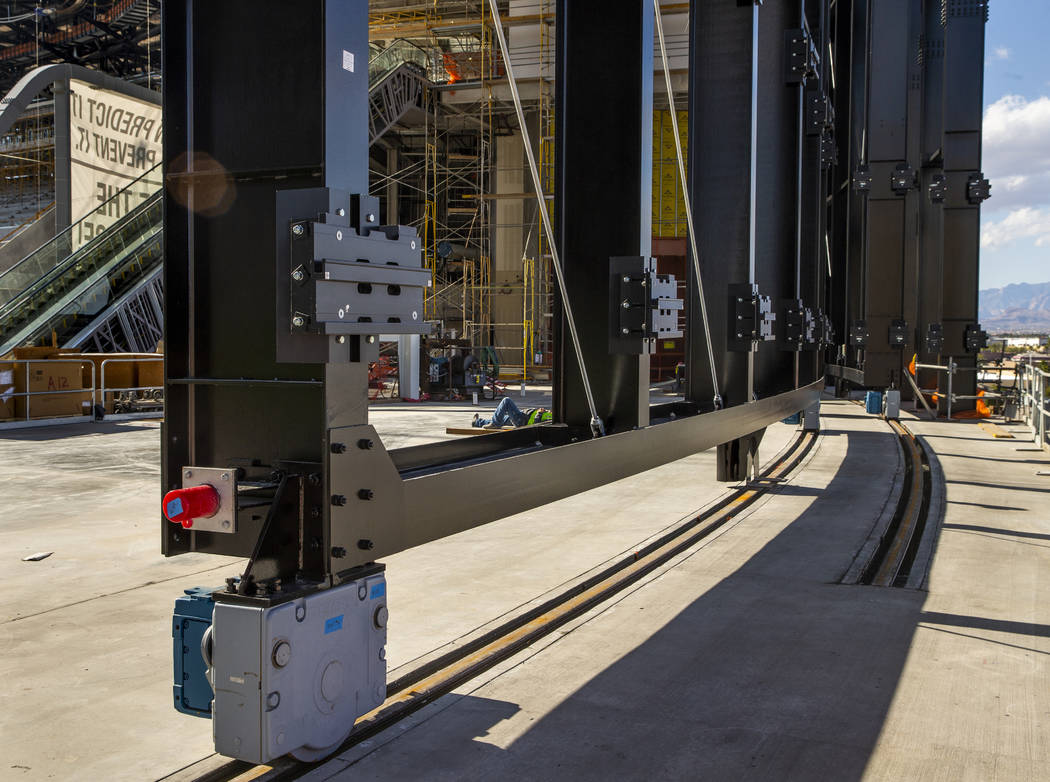 The retractable doors during a tour of the Raiders Allegiant Stadium construction site on Monday, Nov. 25, 2019, in Las Vegas. (L.E. Baskow/Las Vegas Review-Journal) 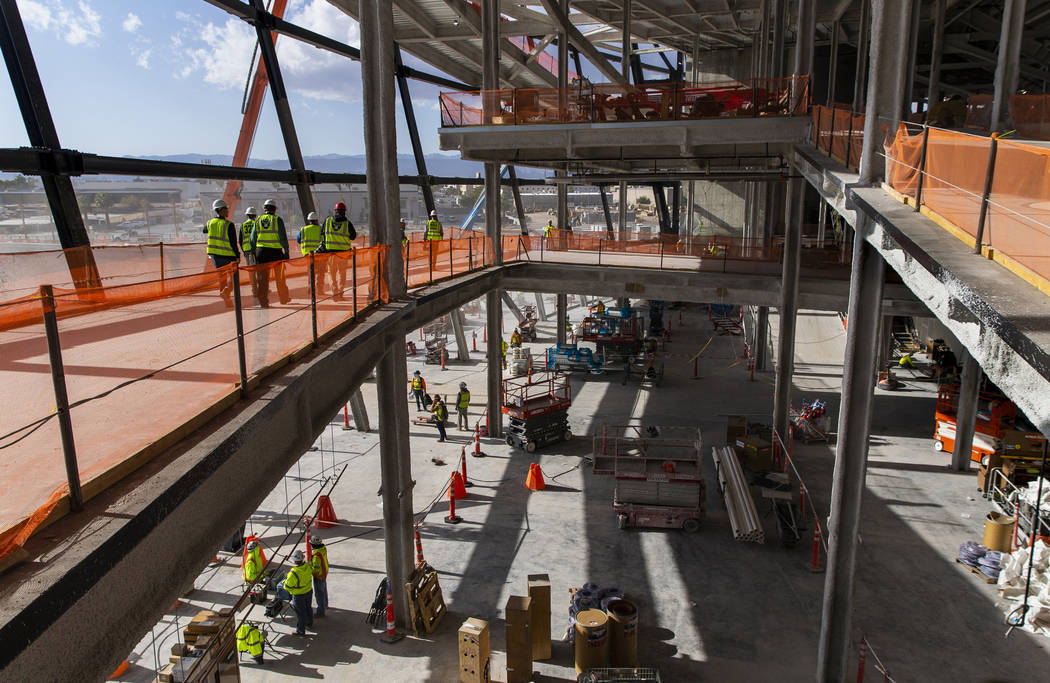 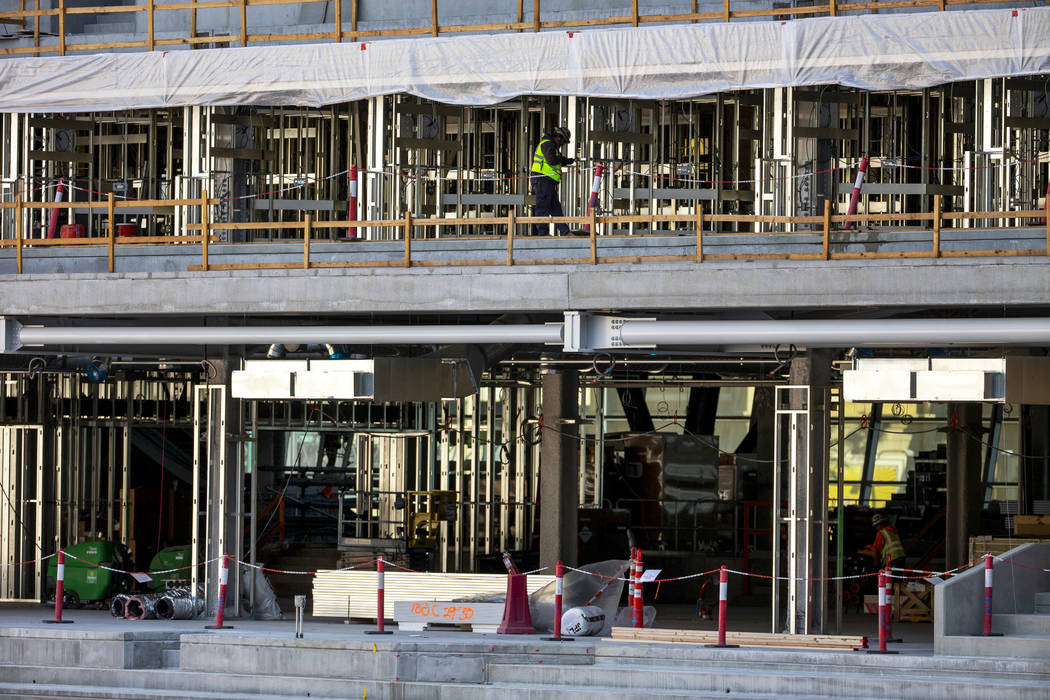 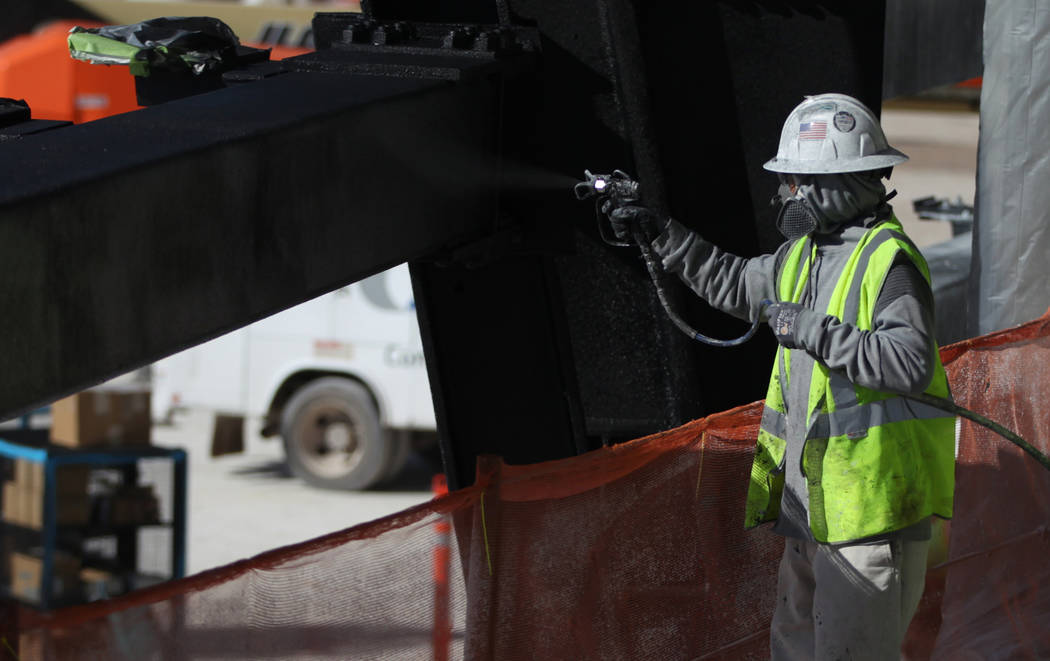 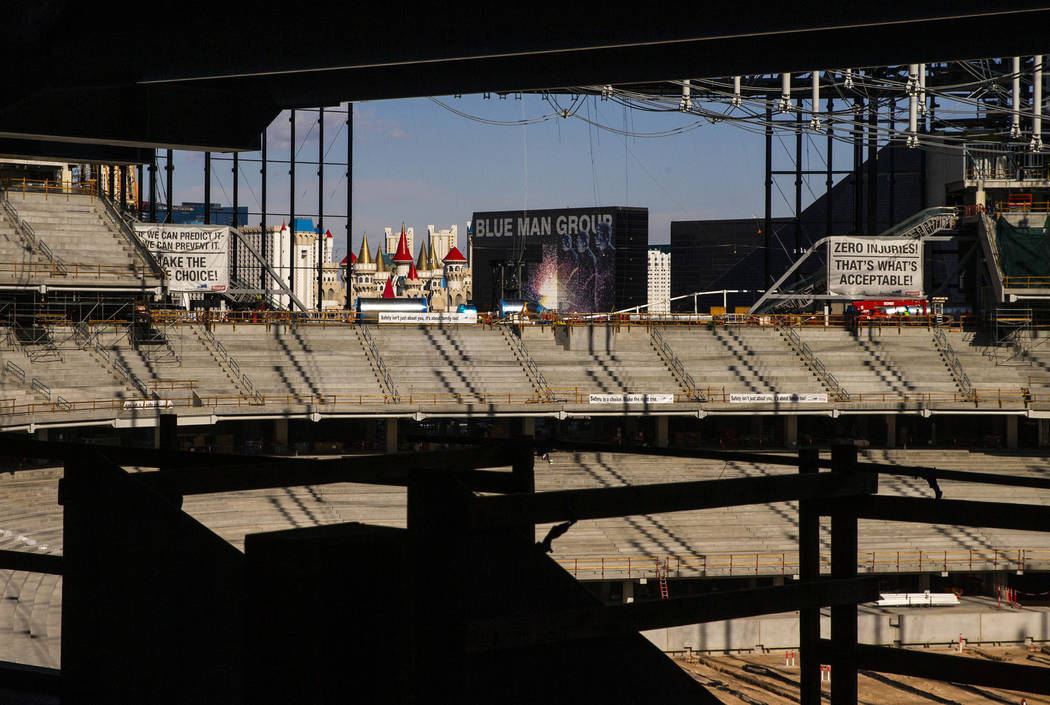 The stands with retractable doors beyond reveal a view of the Strip during a tour of the Raiders Allegiant Stadium construction site on Monday, Nov. 25, 2019, in Las Vegas. (L.E. Baskow/Las Vegas Review-Journal)

Work crews at Allegiant Stadium are focusing on preparing the field level of the $2 billion facility, now that the cable net supporting the translucent polymer roof is in position for attachment.

Don Webb, chief operating officer of the Raiders subsidiary building the 65,000-seat stadium, said Monday that it could be April before the roof is in place and the building enclosed, but that won’t affect the targeted July 31 completion of the venue.

Webb said during an hourlong tour of the stadium that he remains confident the building will open on schedule because the nearly 1,000 laborers on the project six days a week have some 43,000 other tasks to complete, and most of them are well ahead of their projected completion dates.

Workers also have begun building the field tray, the 9,500-ton, 4-foot-tall container that will be loaded down with grass, sand, gravel, irrigation and drainage components and will roll into the stadium on 13 rails through a 14-by-240-foot opening at the bottom of the stadium’s south end.

The rails are built south of the stadium where the tray will be when it’s outside. Workers removed a mountain of dirt, piling it outside the stadium so that they have room to work on the rails, the concrete stadium floor and banks of precast concrete to hold the seating closest to field level.

Webb also noted that the skeleton of the 85-foot memorial to former team owner Al Davis on the north end of the stadium is in place. The memorial “torch” is an art sculpture and won’t have a live flame. Webb declined to detail exactly how the memorial is being constructed, but said it would be unlike anything ever presented before in an NFL stadium.

MOST READ: Raiders
1
Raiders have long-term defensive issues to correct

4
As thousands die, the NFL blithely goes about its business