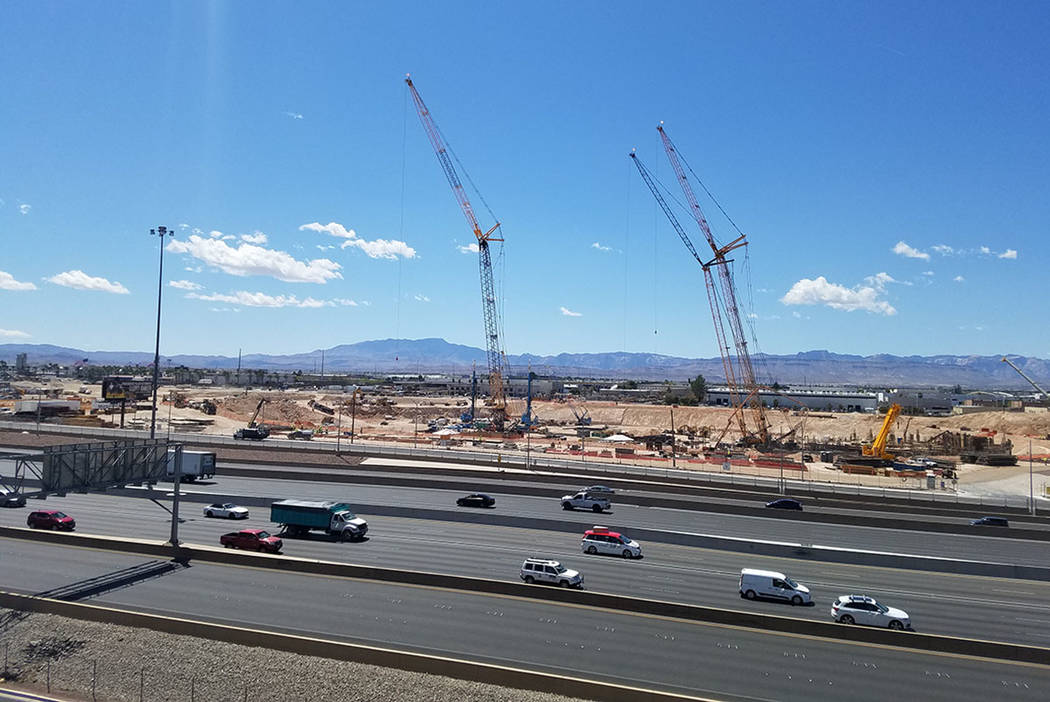 A detailed look at the construction process for the Las Vegas stadium is expected to be presented Monday to the committee appointed to oversee the Raiders’ community benefits plan.

The seven-member Community Benefits Oversight Committee, chaired by Stadium Authority board member Ken Evans, will focus mostly on organizational activities in its first and open public meeting scheduled to begin at 1 p.m. at the Clark County Government Center.

Subject to the Nevada open-meetings law, the committee’s first session is expected to provide an explanation of the purpose and role of the committee ordered in Senate Bill 1 as a condition of providing $750 million in public financing toward building the $1.8 billion, 65,000-seat stadium at Interstate 15 and Russell Road.

The volunteer committee is charged with monitoring the Raiders’ community benefits plan that assures that businesses operated by small companies, minorities and veterans get a share of jobs and subcontracts on the construction of the stadium. The committee also will oversee the Raiders’ philanthropic efforts in Southern Nevada.

The stadium has been under construction since November, and the Raiders announced formation of the committee at a Feb. 15 Stadium Authority board meeting. Under guidelines from Senate Bill 1, the Raiders were allowed to choose three committee members and one each coming from the Stadium Authority, Gov. Brian Sandoval, state Senate Majority Leader Aaron Ford and stateAssembly Speaker Jason Frierson.

One of the highlights of Monday’s meeting is expected to be a presentation from joint venture contractors Mortenson Construction Co., Minneapolis, and McCarthy Building Companies Inc., Henderson, on the general design development, construction process and the companies’ general approach to outreach, hiring and other requirements of Senate Bill 1.

In February, Littlejohn told the authority that minority and female workers have performed 46 percent of the construction work hours. About 90 workers a day have been on the site, but that should swell to around 500 by the end of the year.